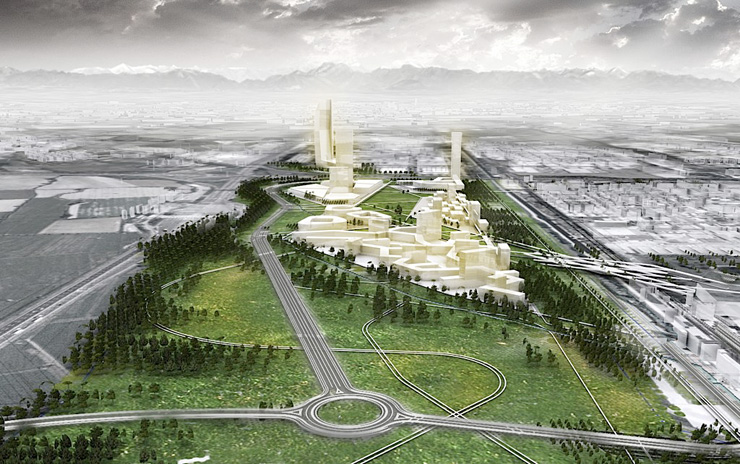 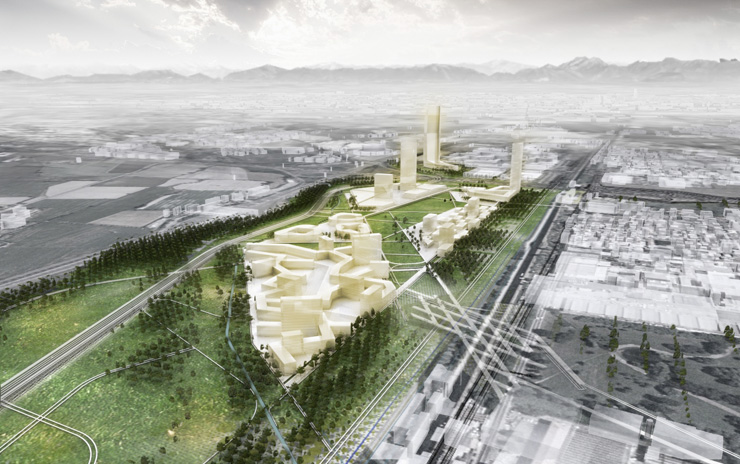 Urban development plan in Rozzano
Rozzano-Milan, Italy
2006
100 he
client: Infrafin S.R.L.
architects: * with Metrogramma
What are the borders of the outskirts today? What are the borders of the city? How the metropolitan cities will be able to change into city-territory – Milan is already doing it without consciousness? The project focuses on investigating a vision for the future of the city and at the same time on discussing about the project’s devices used to face a delicate zone of the Milanese territory.
The belt of the 60 municipalities that, surrounded by the southern park, will constitute the future identity of the city – Rozzano, the urban clods – the verticality for the construction of a succession of parks – from the territory to the city.