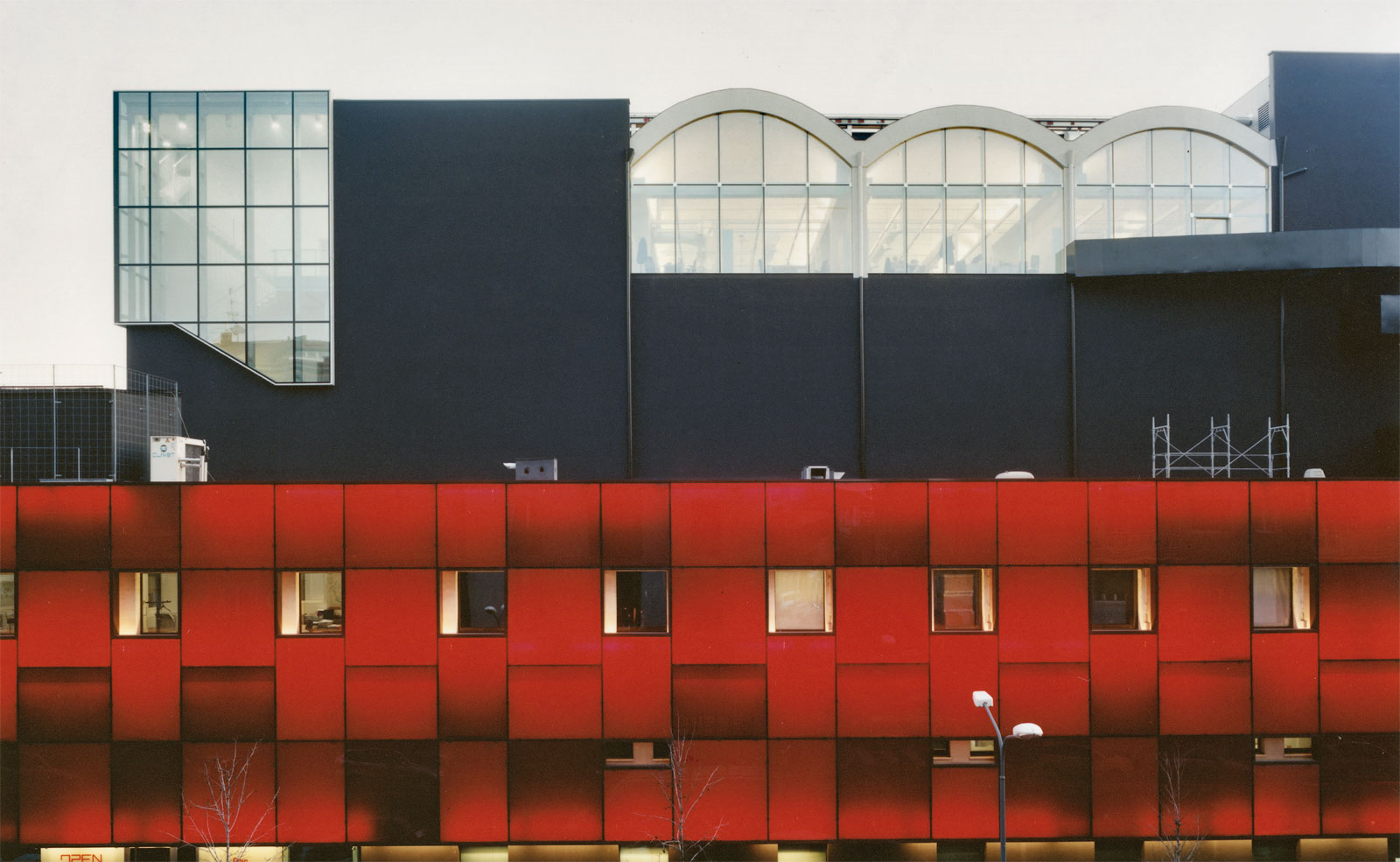 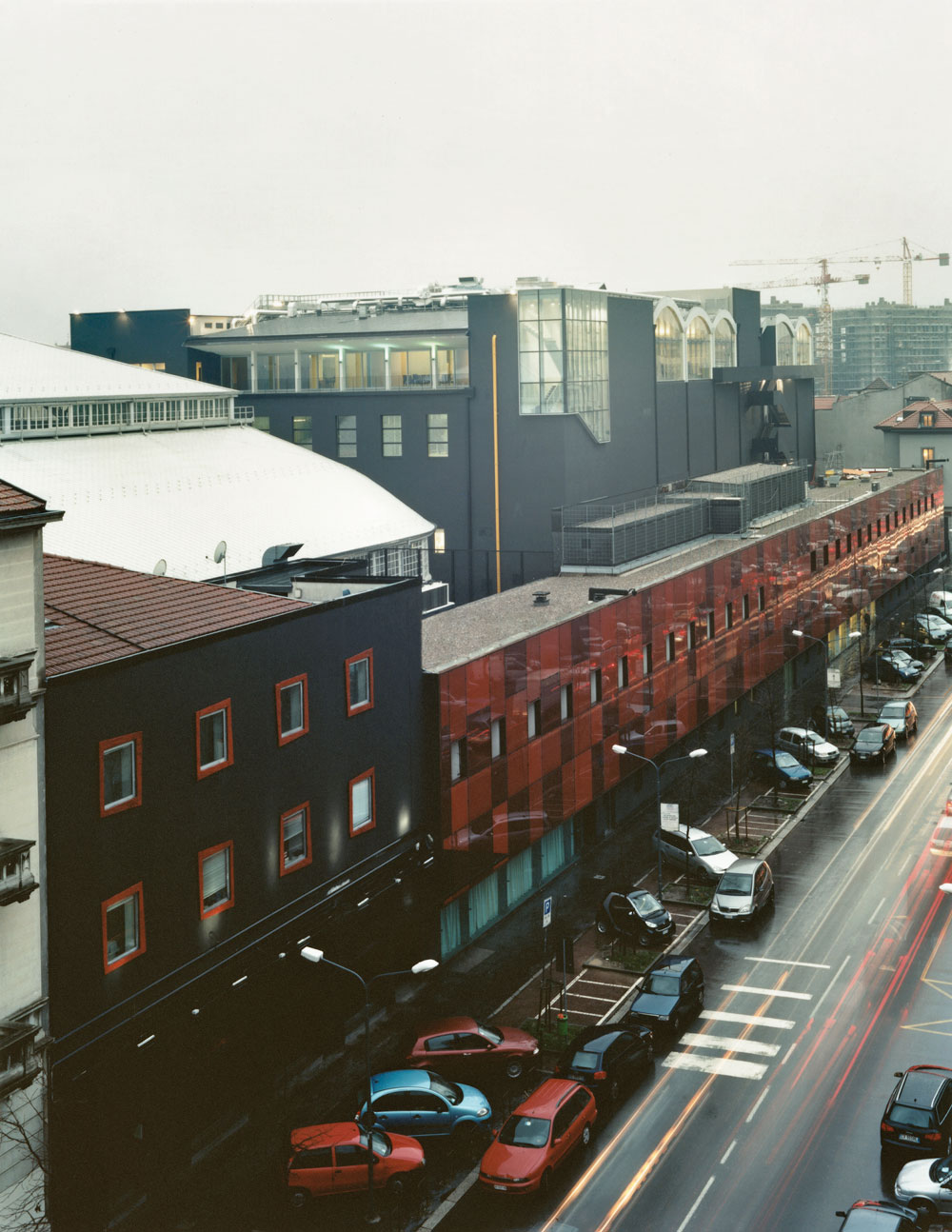 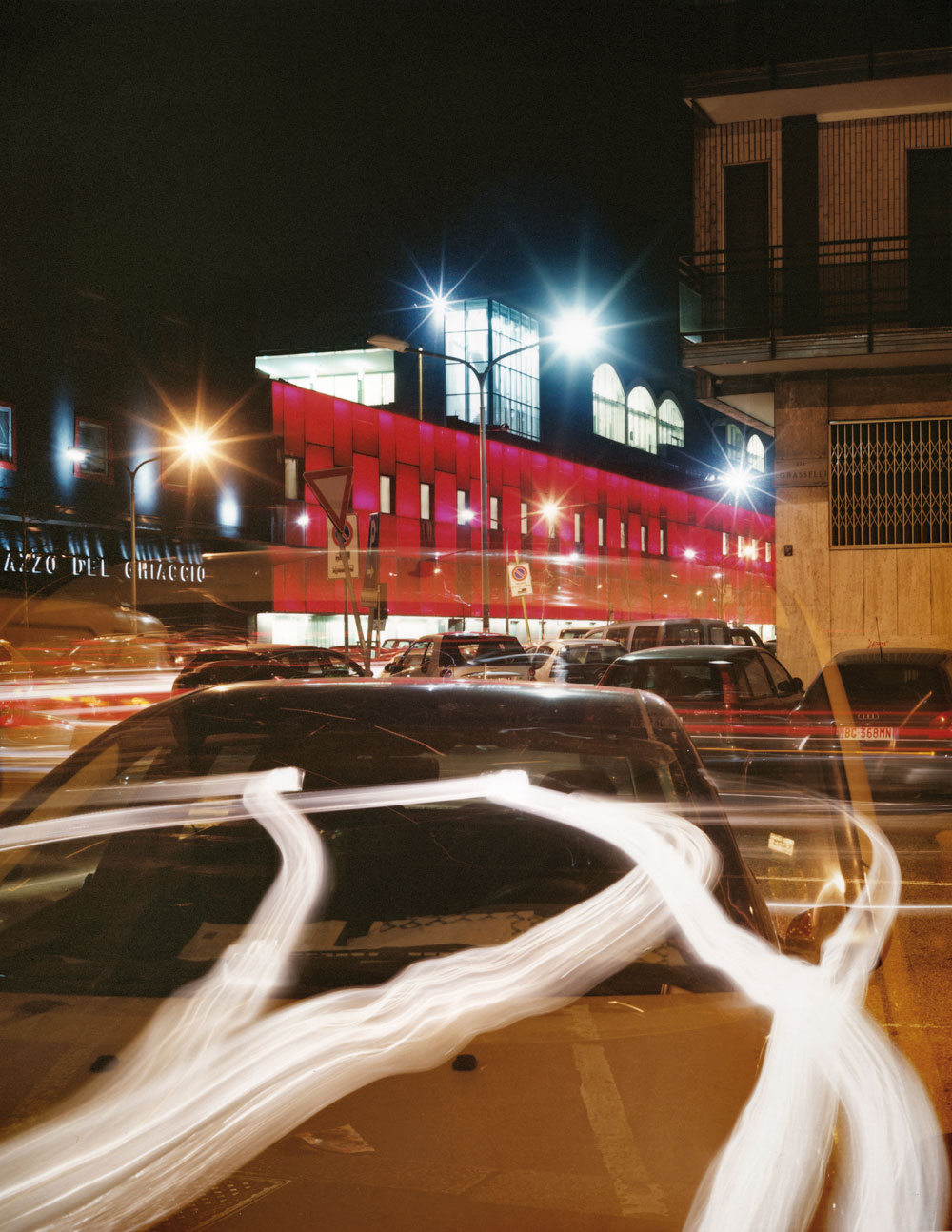 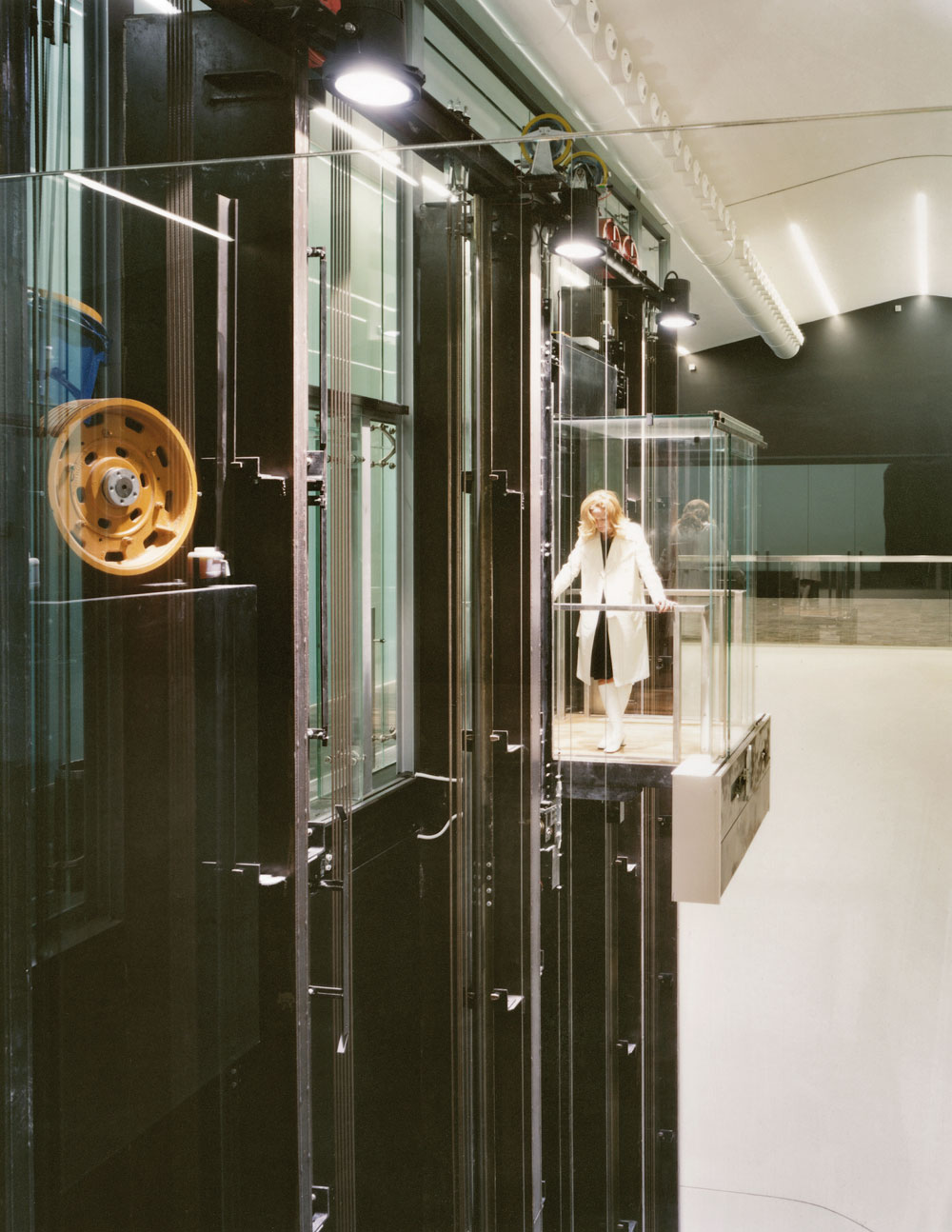 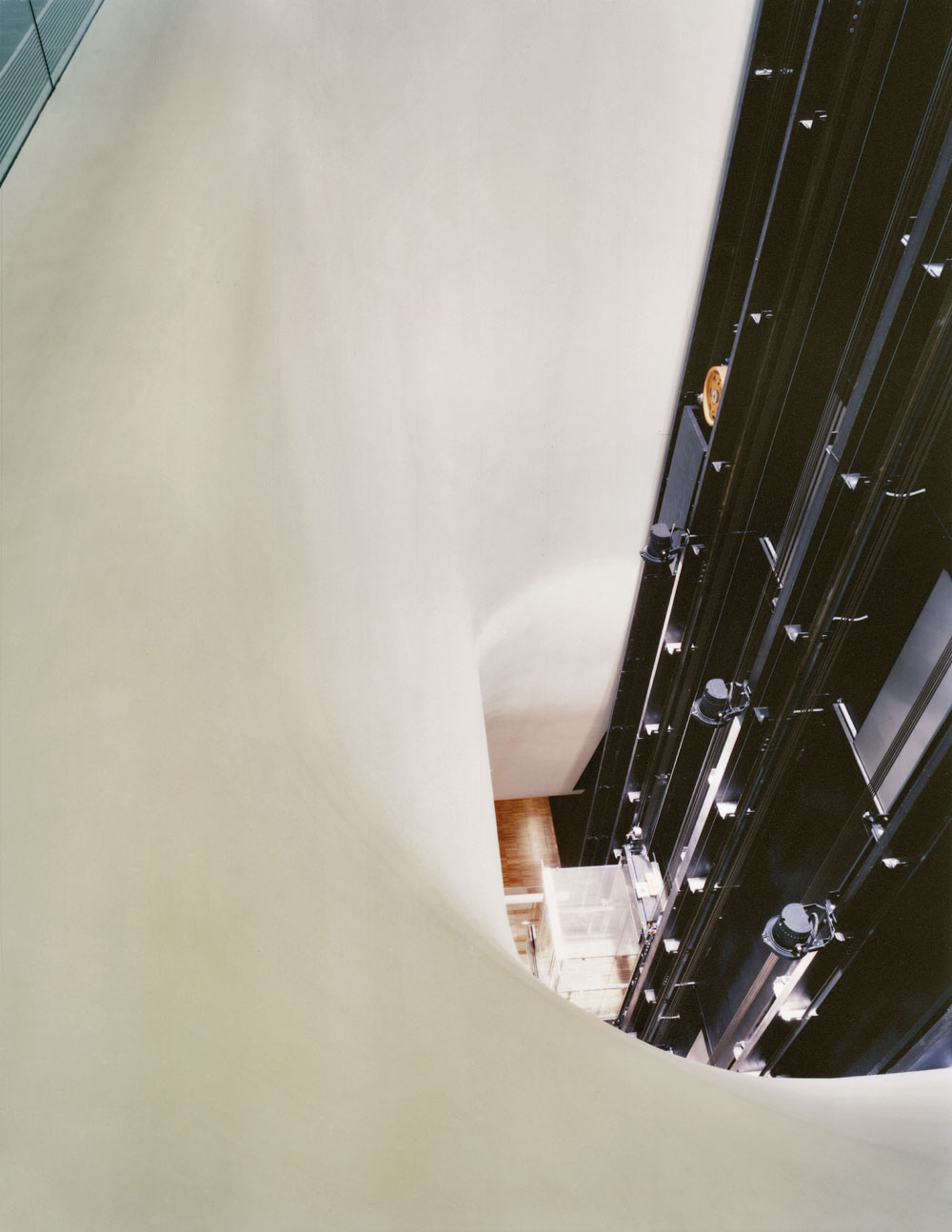 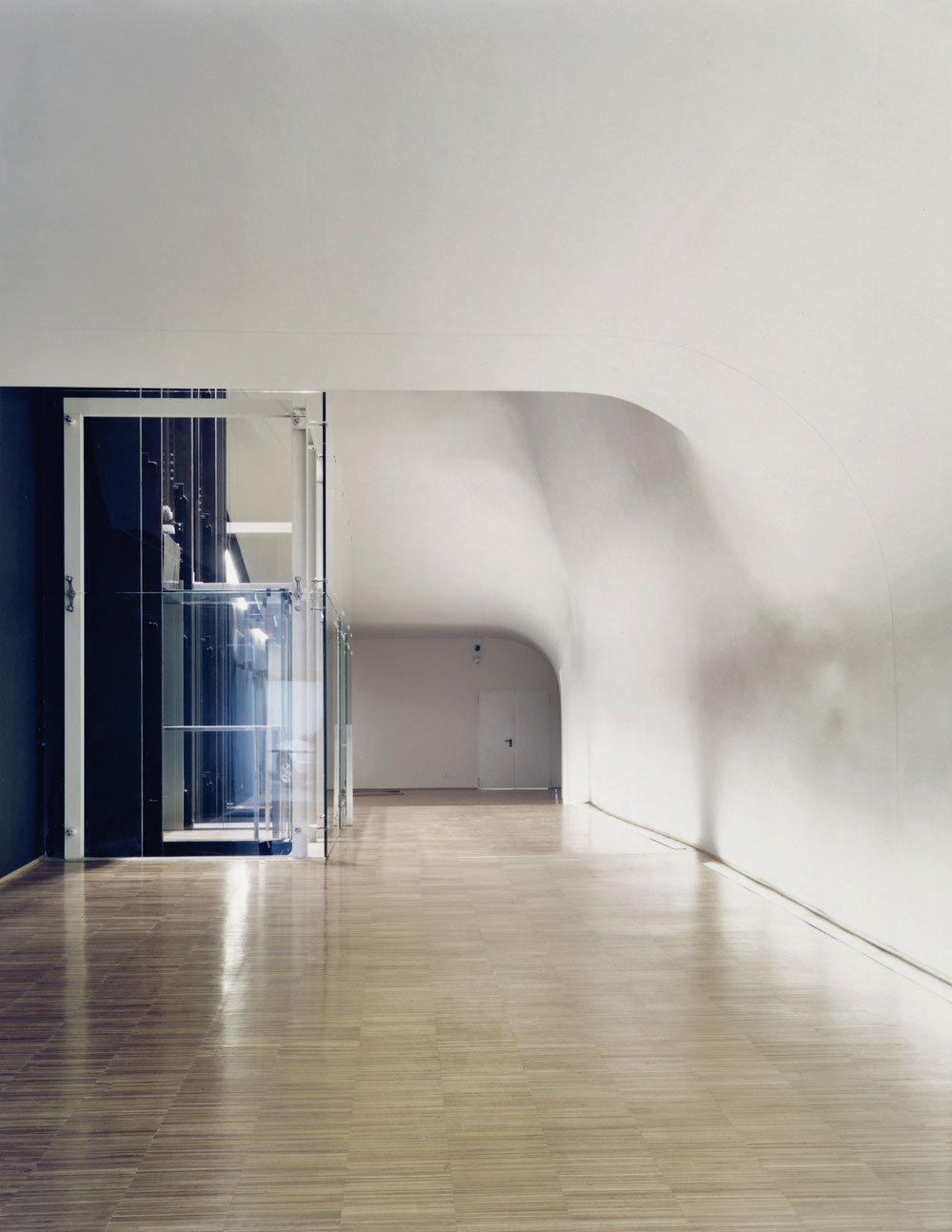 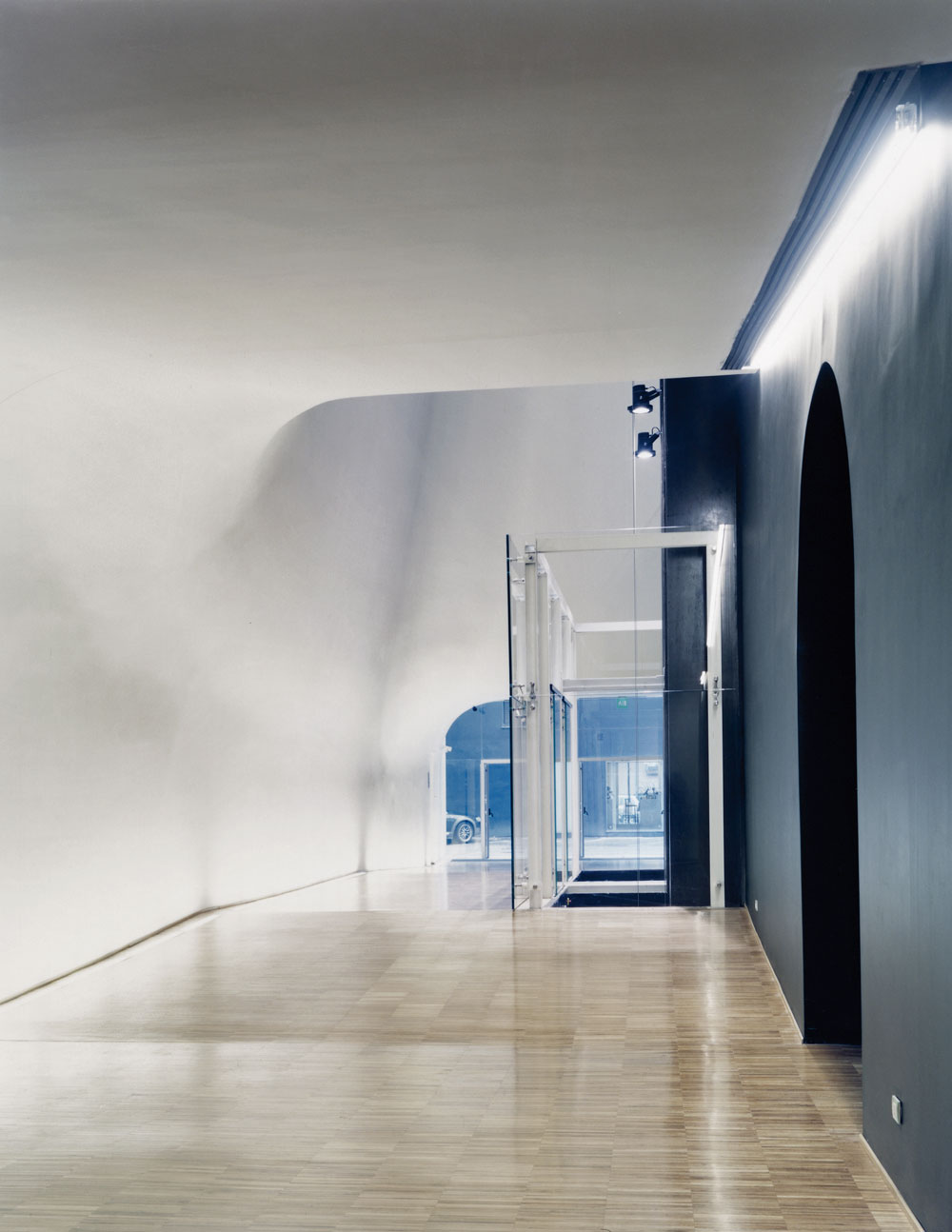 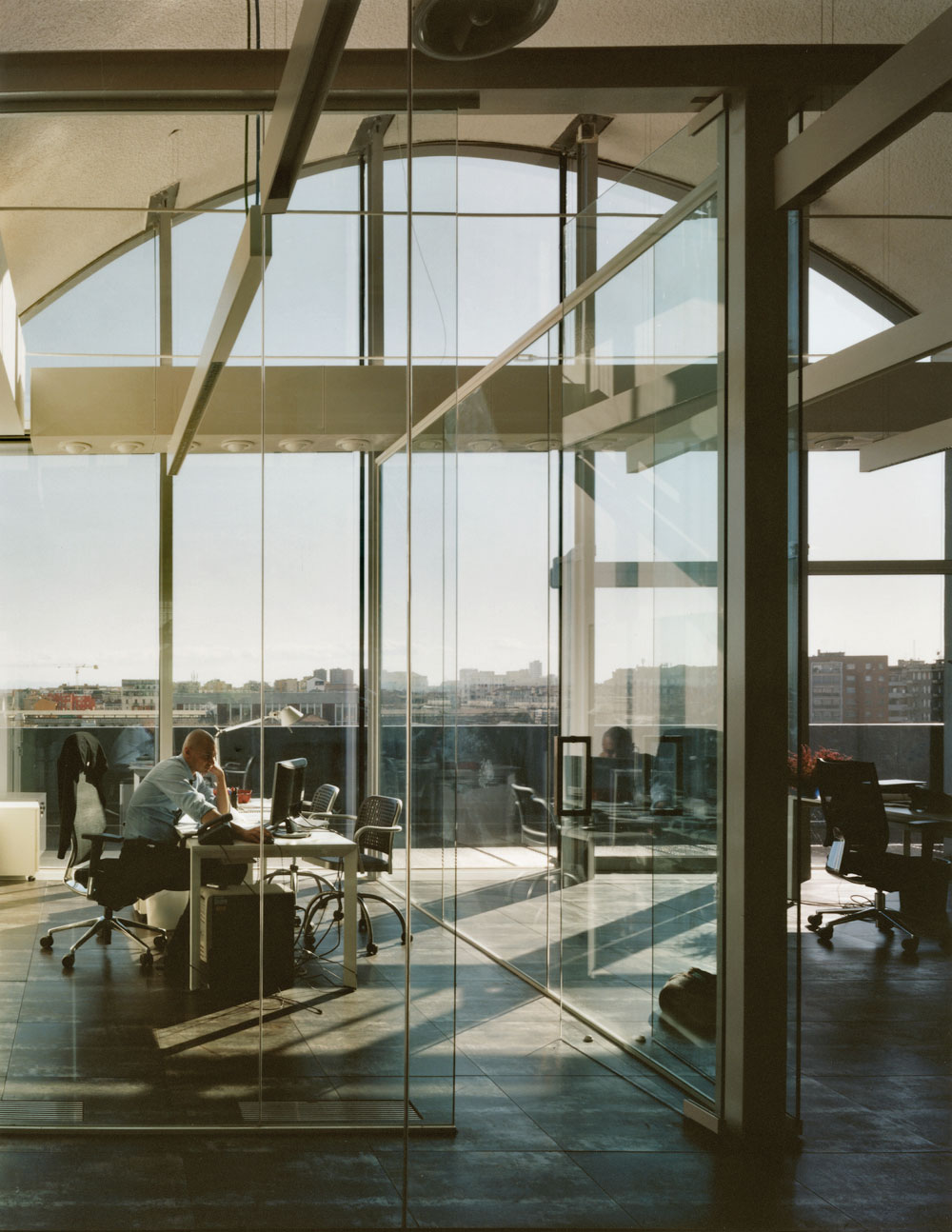 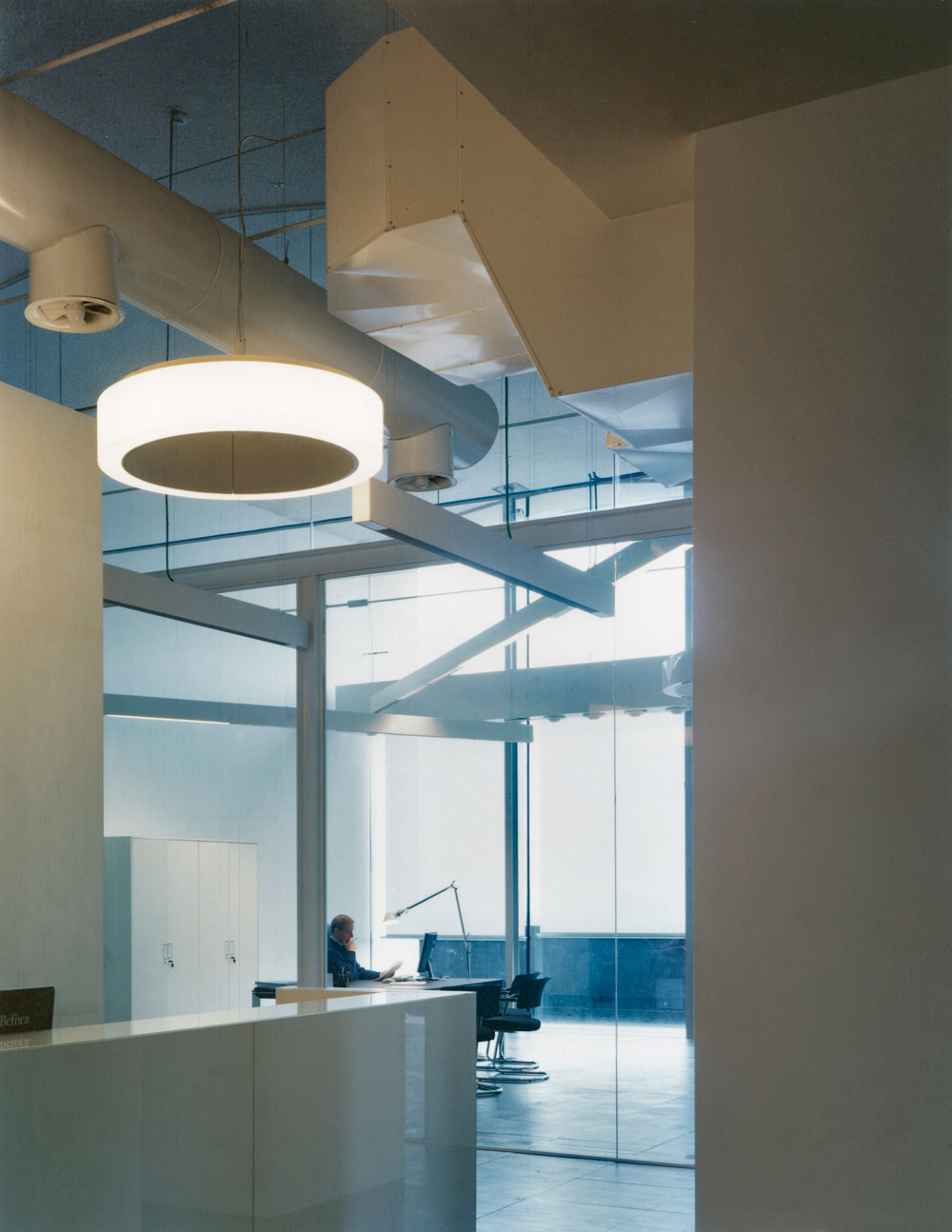 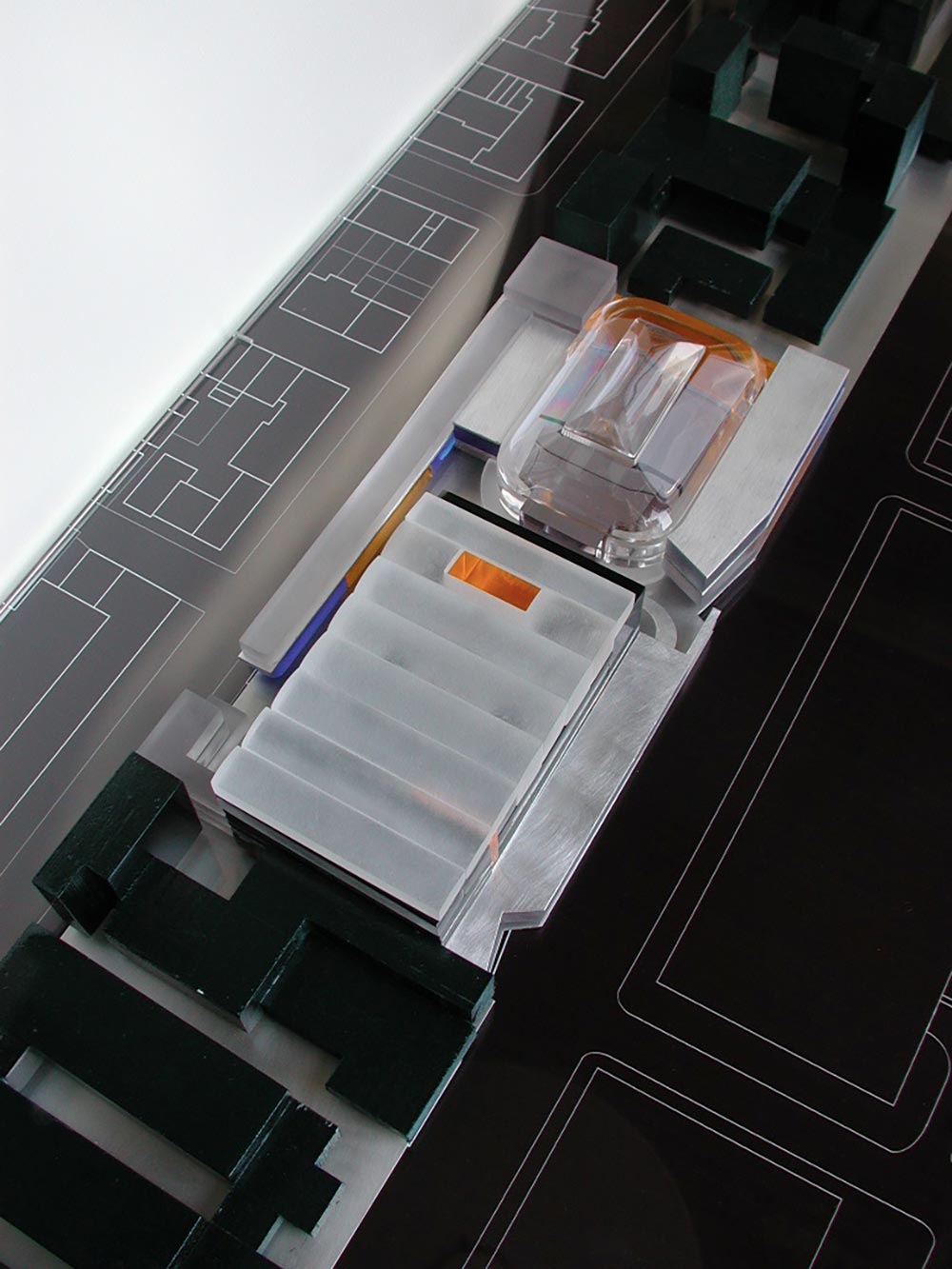 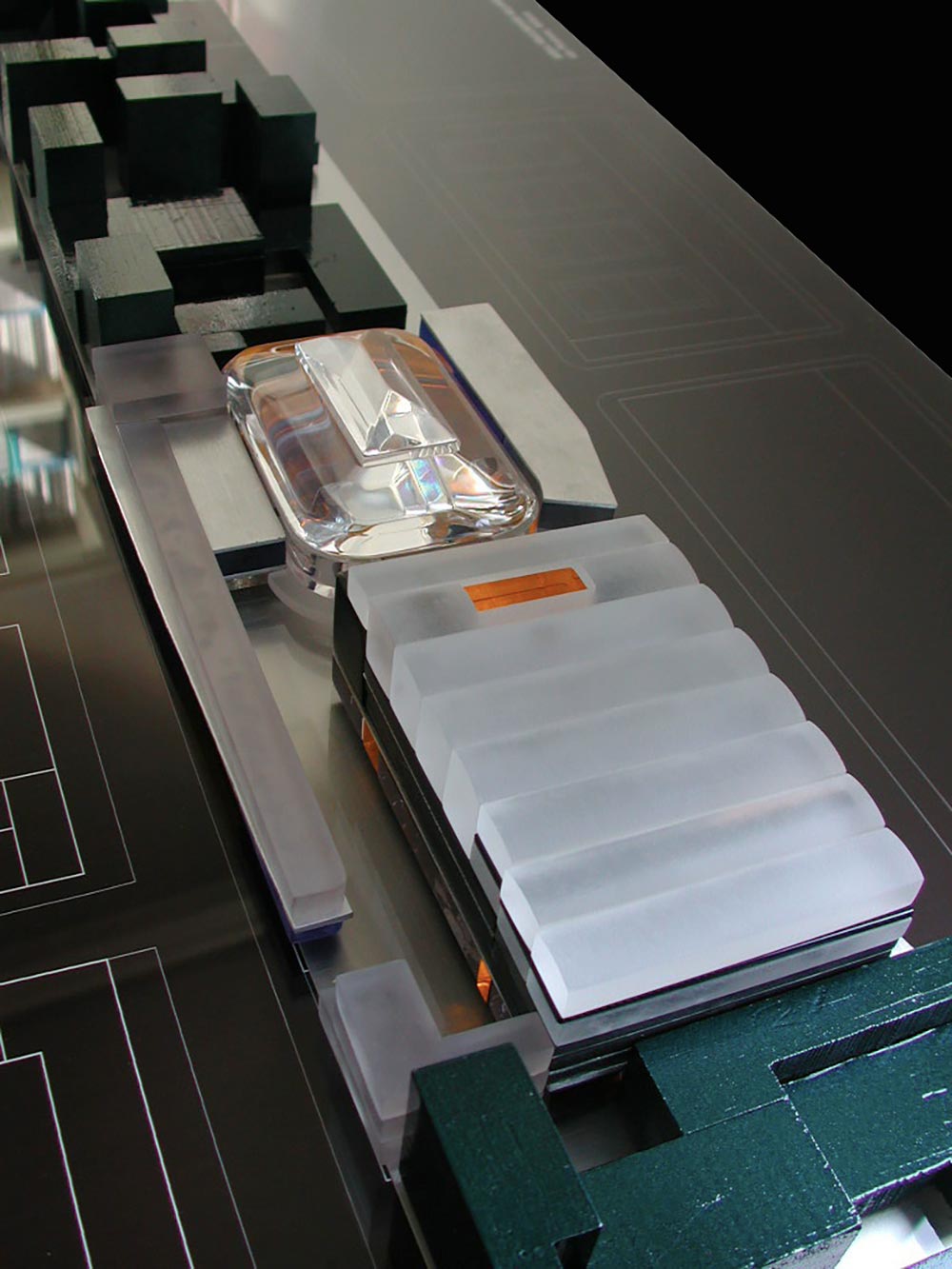 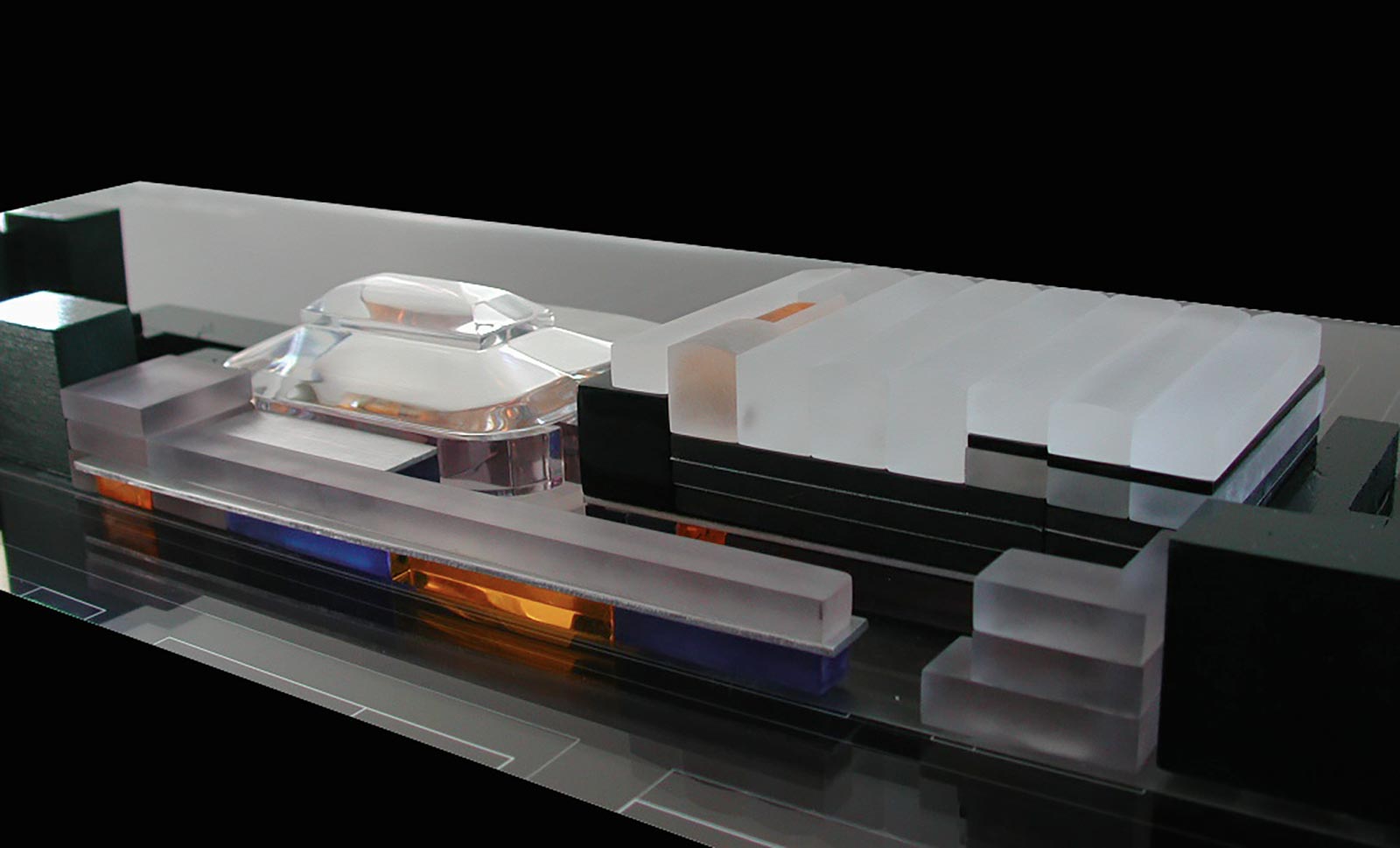 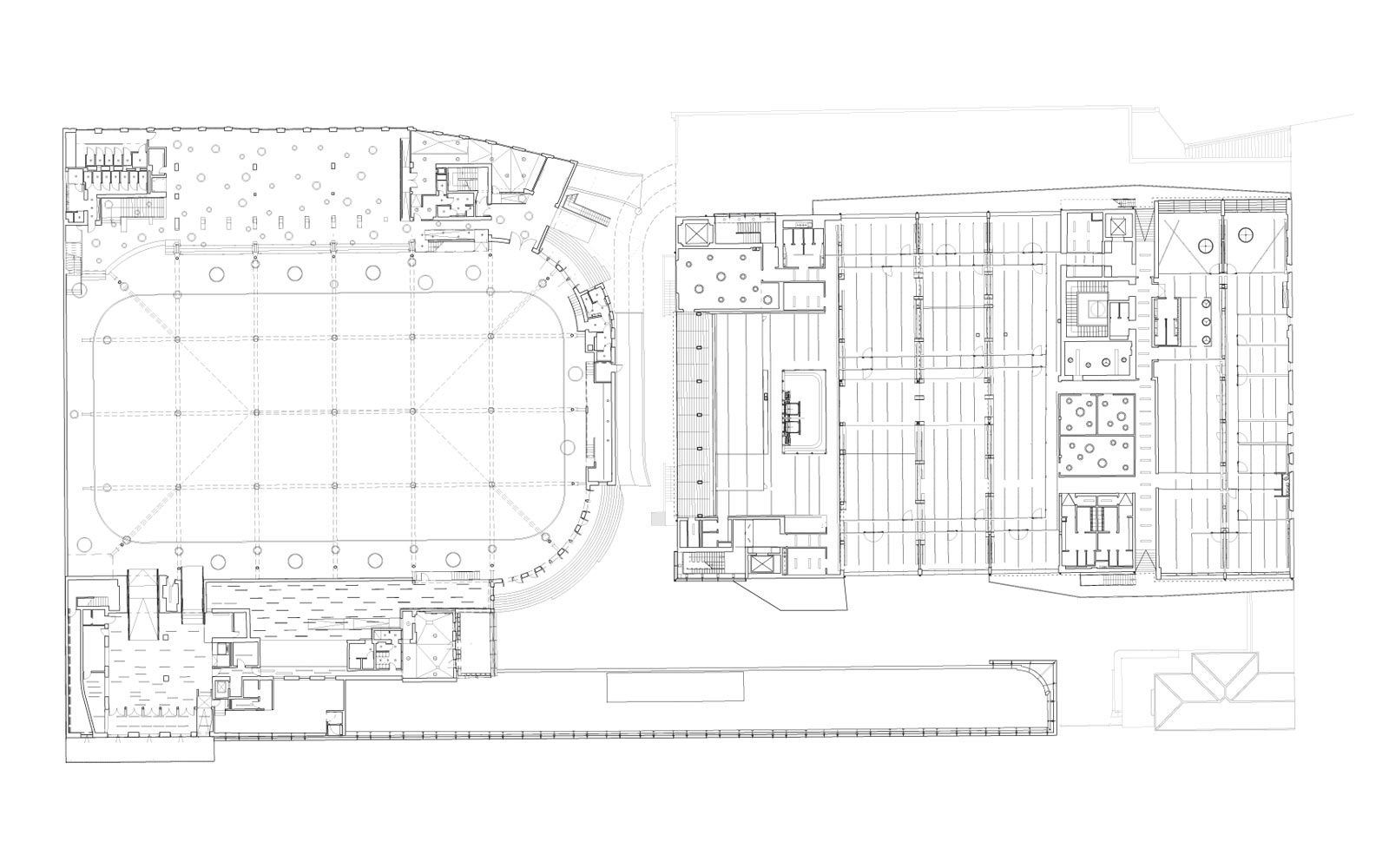 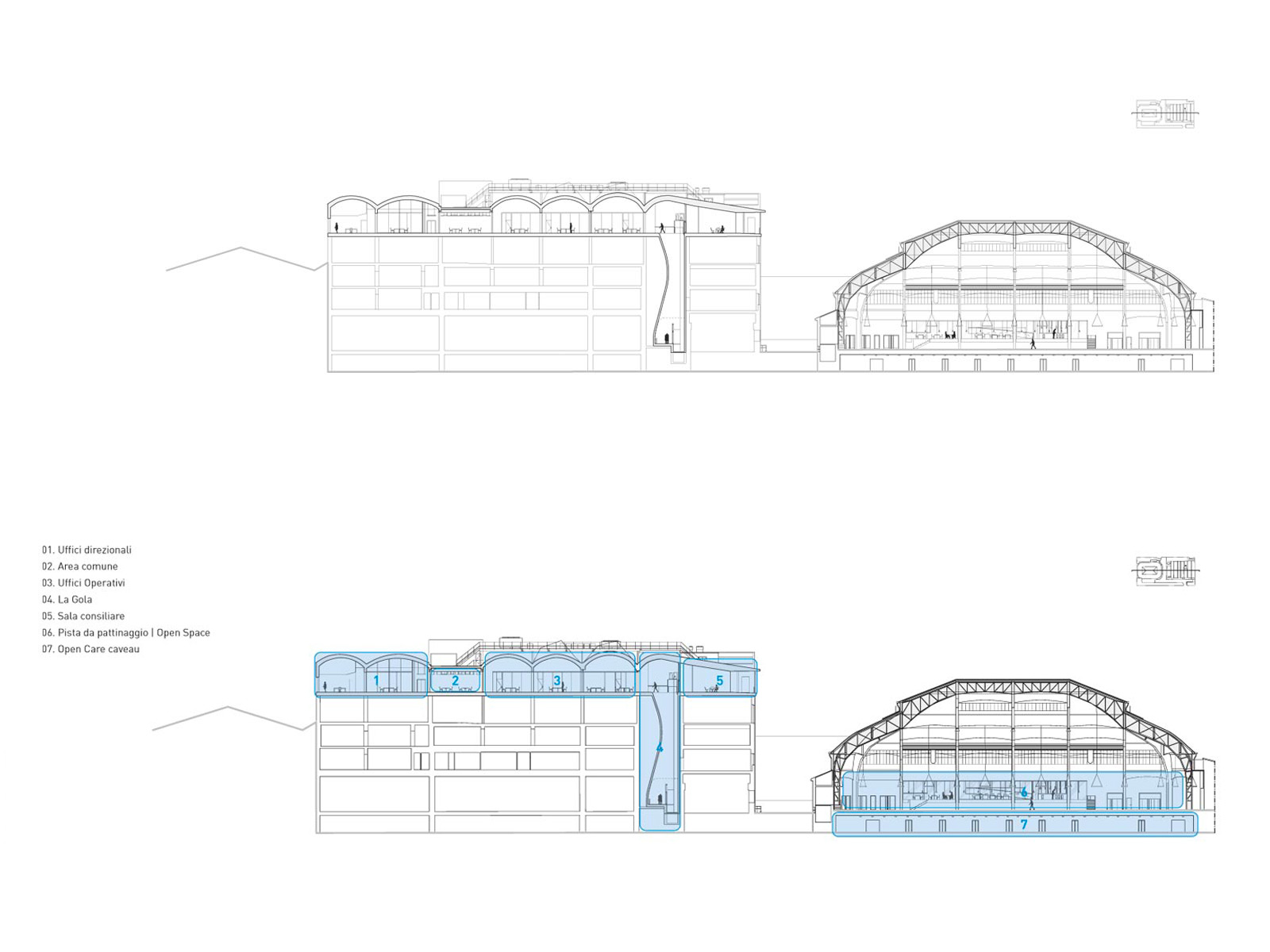 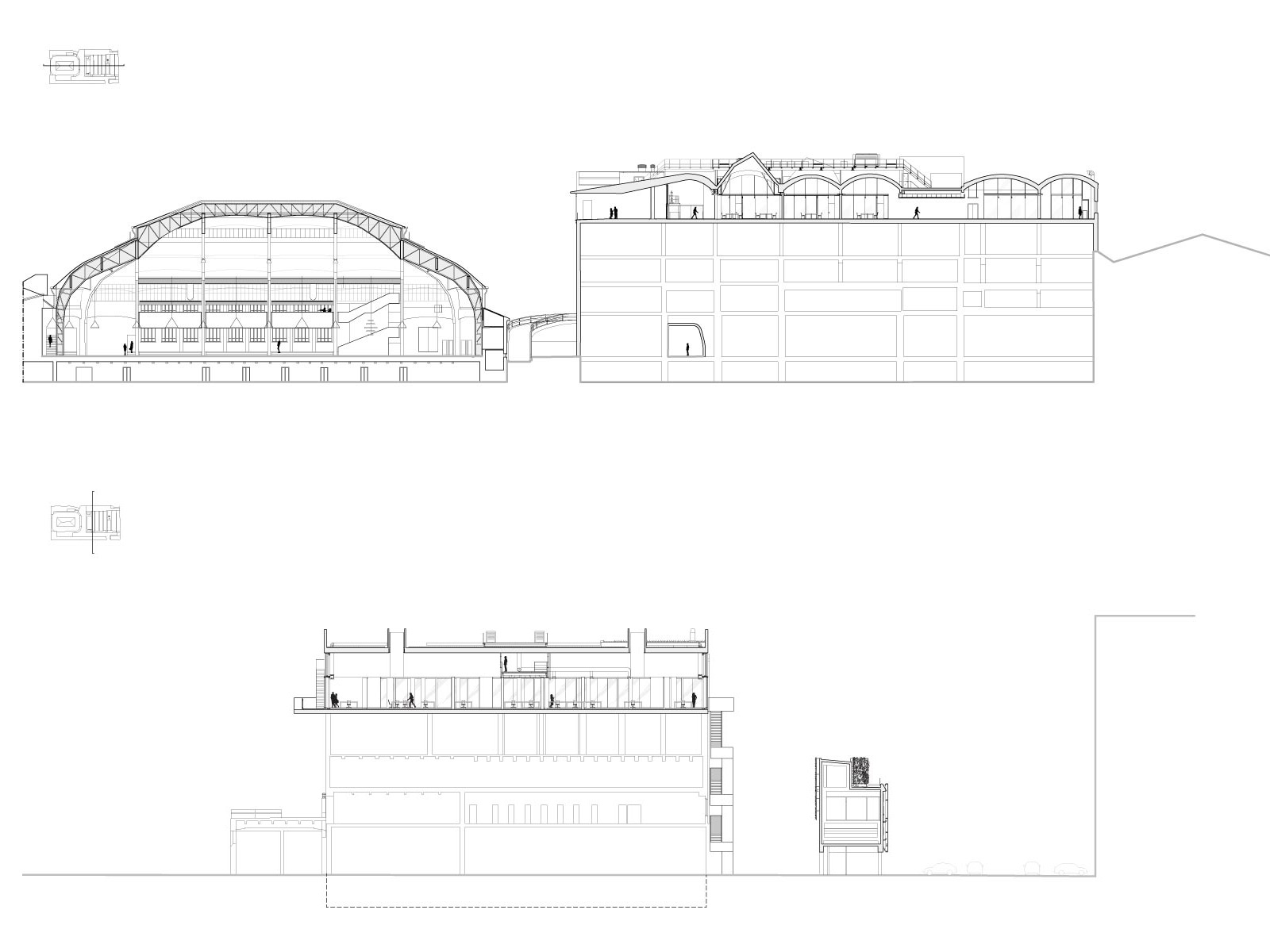 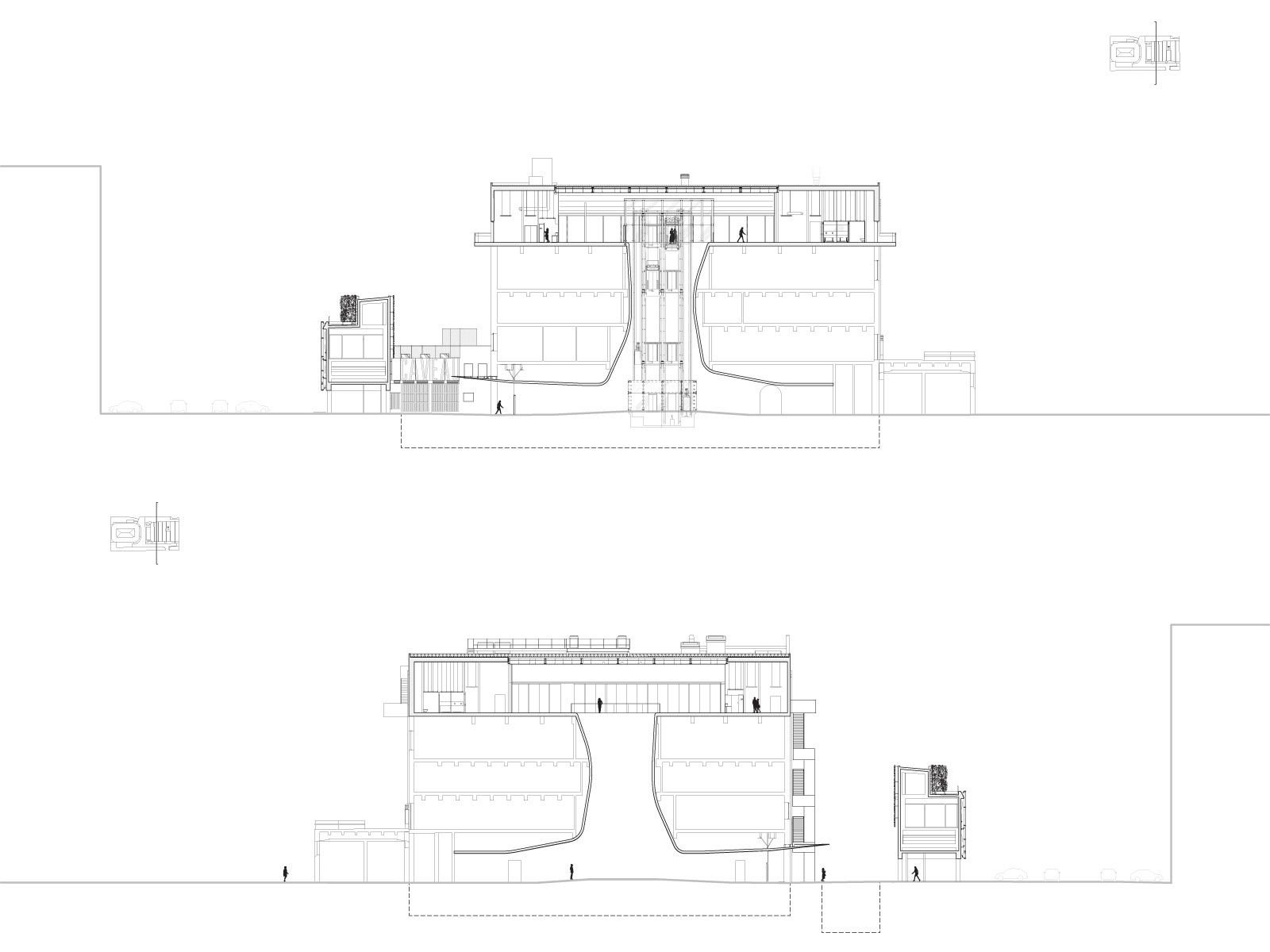 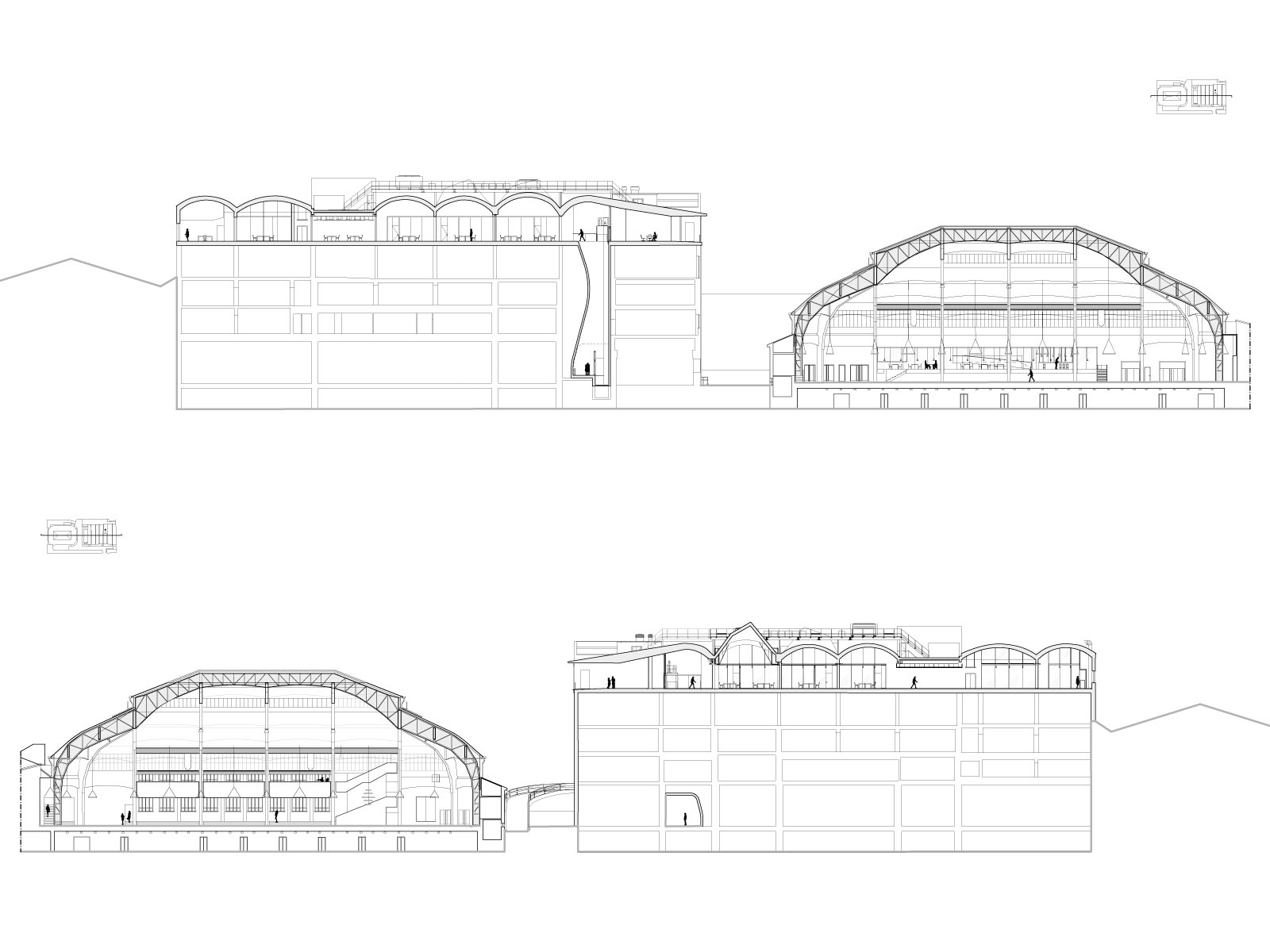 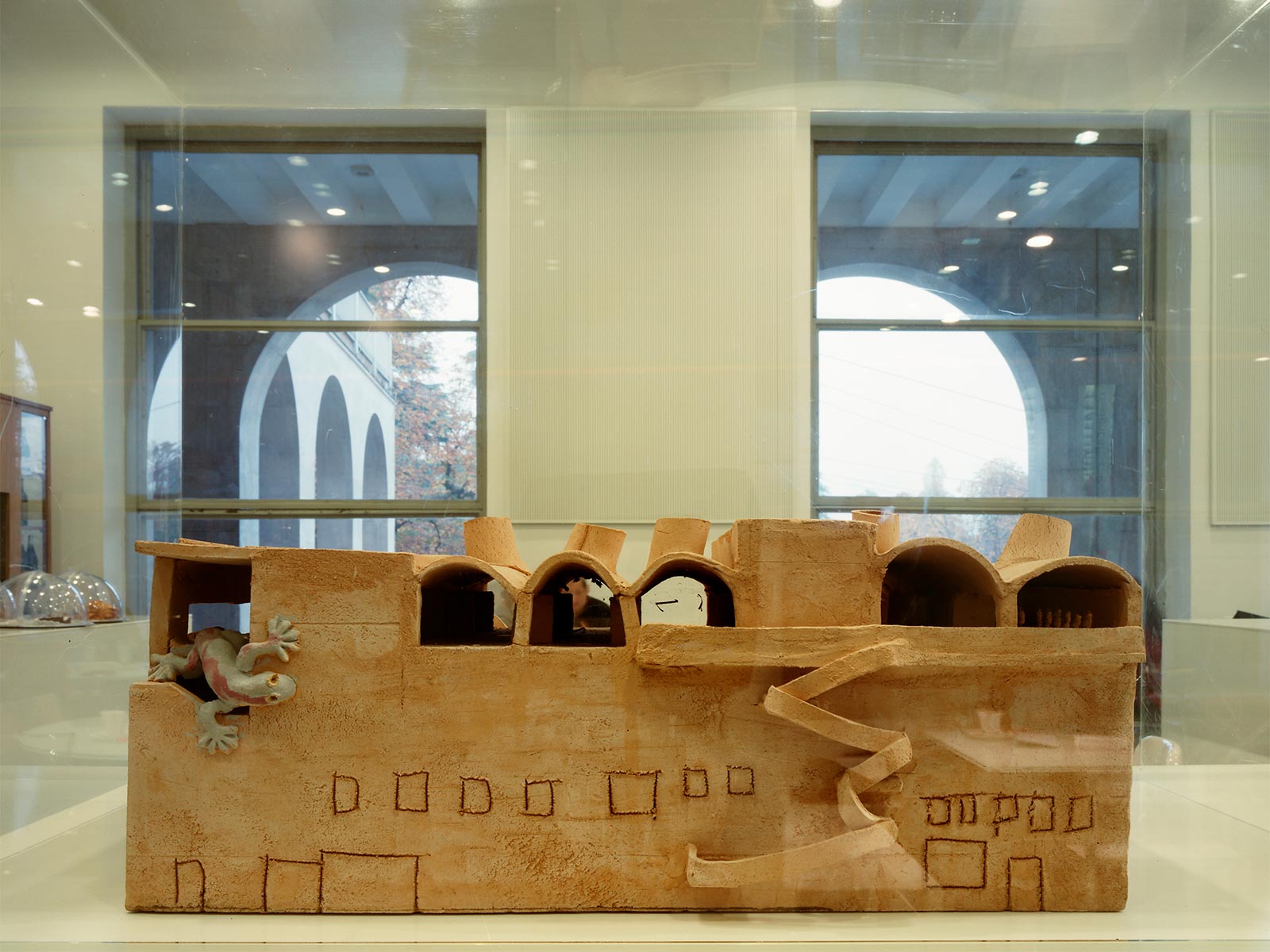 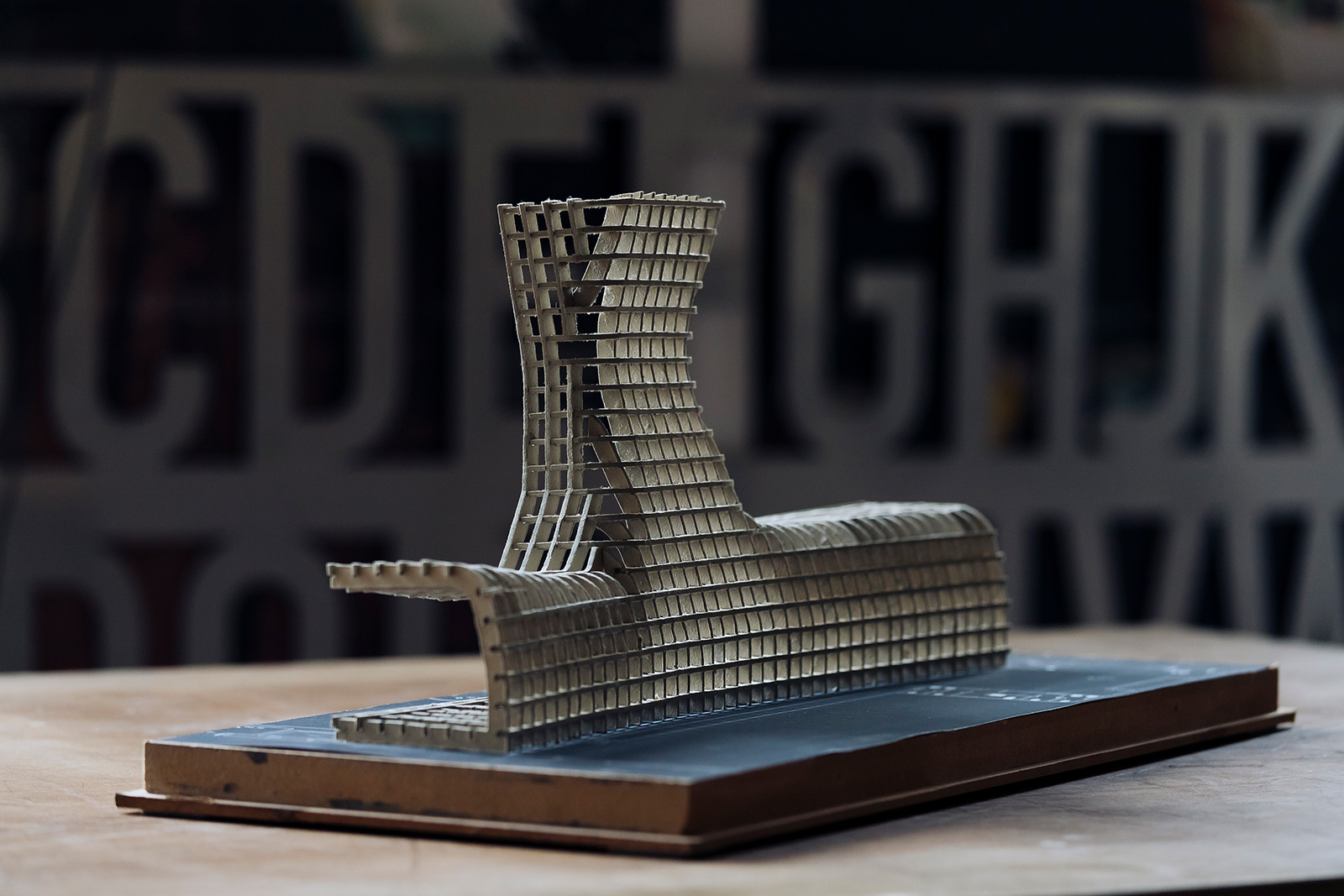 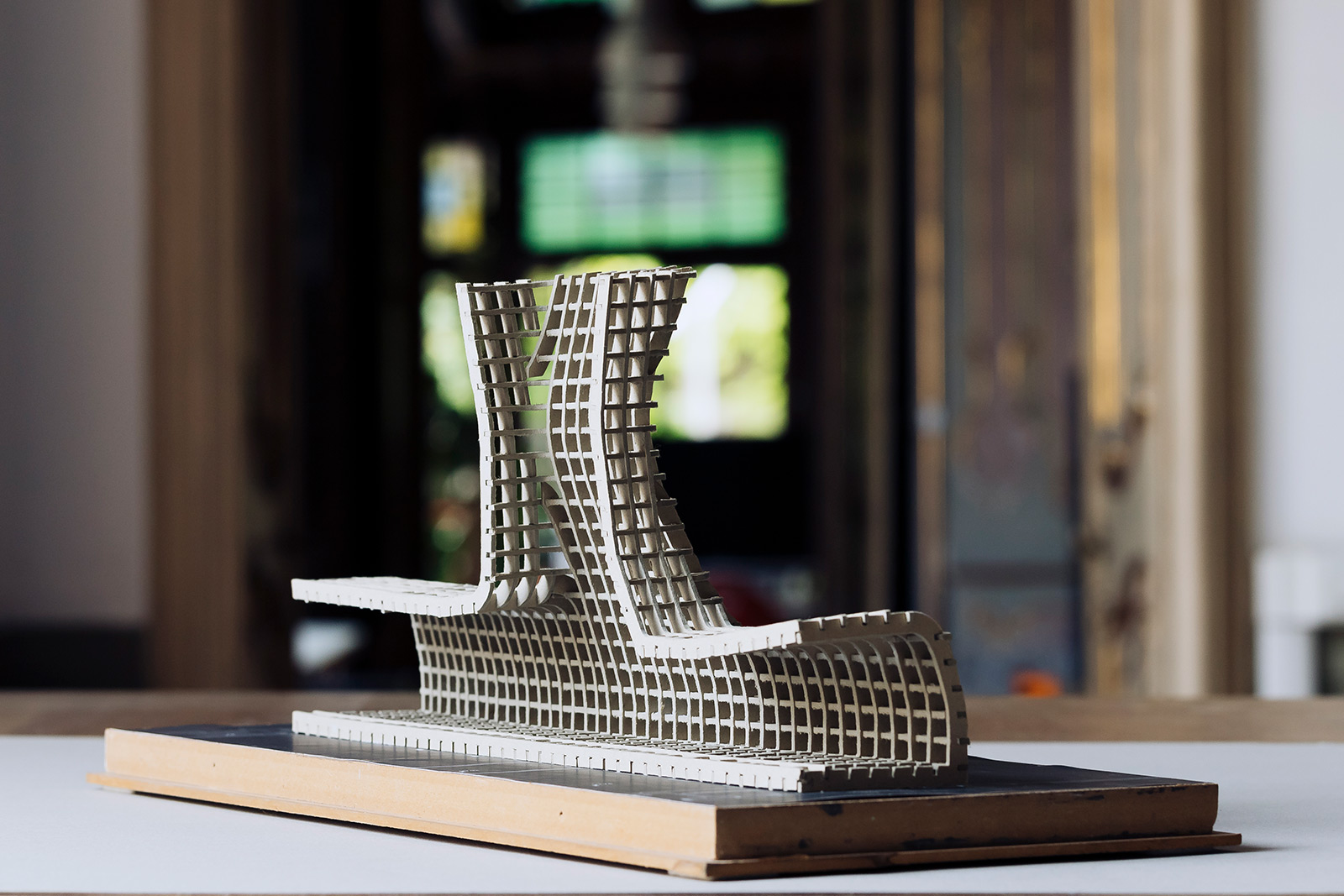 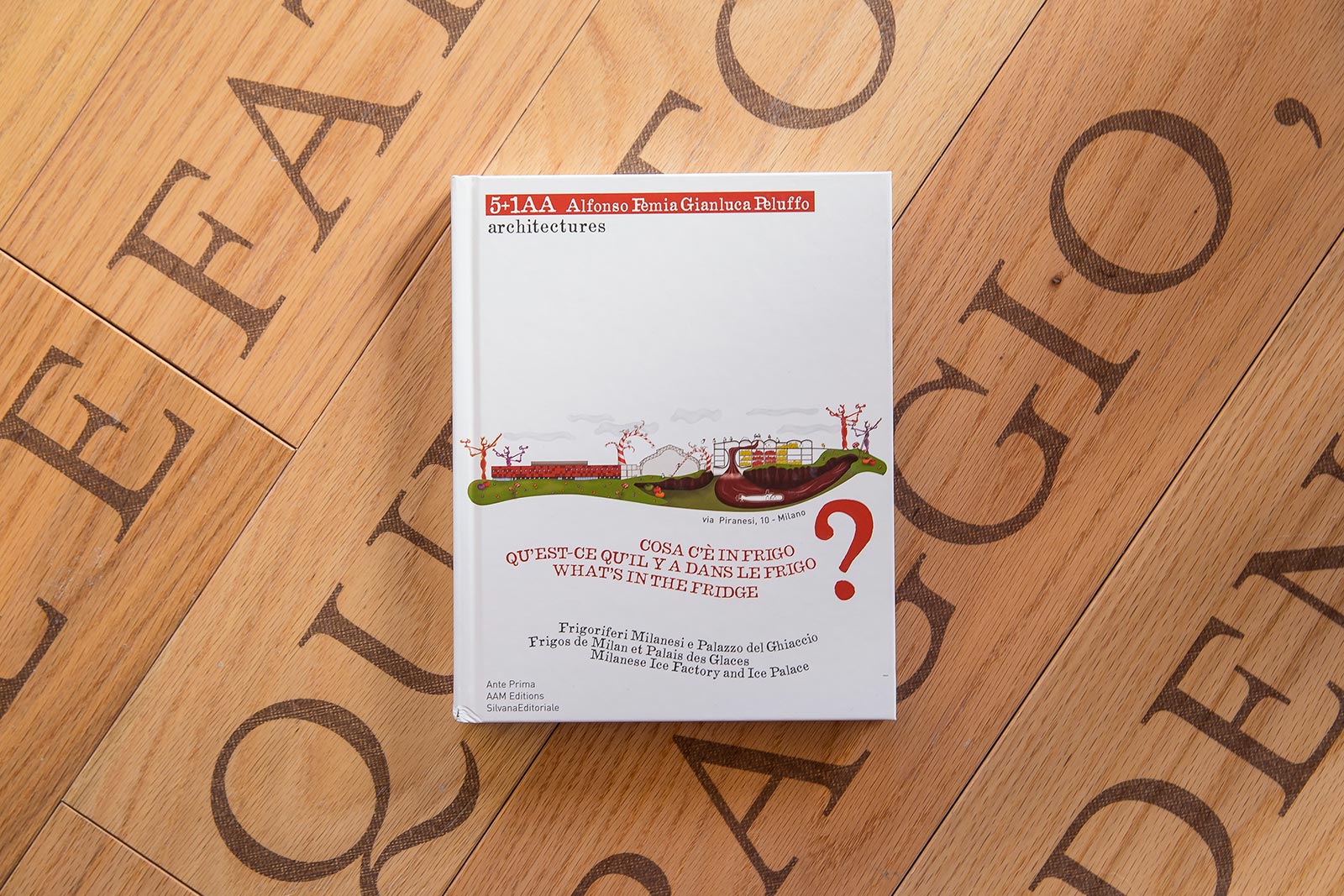 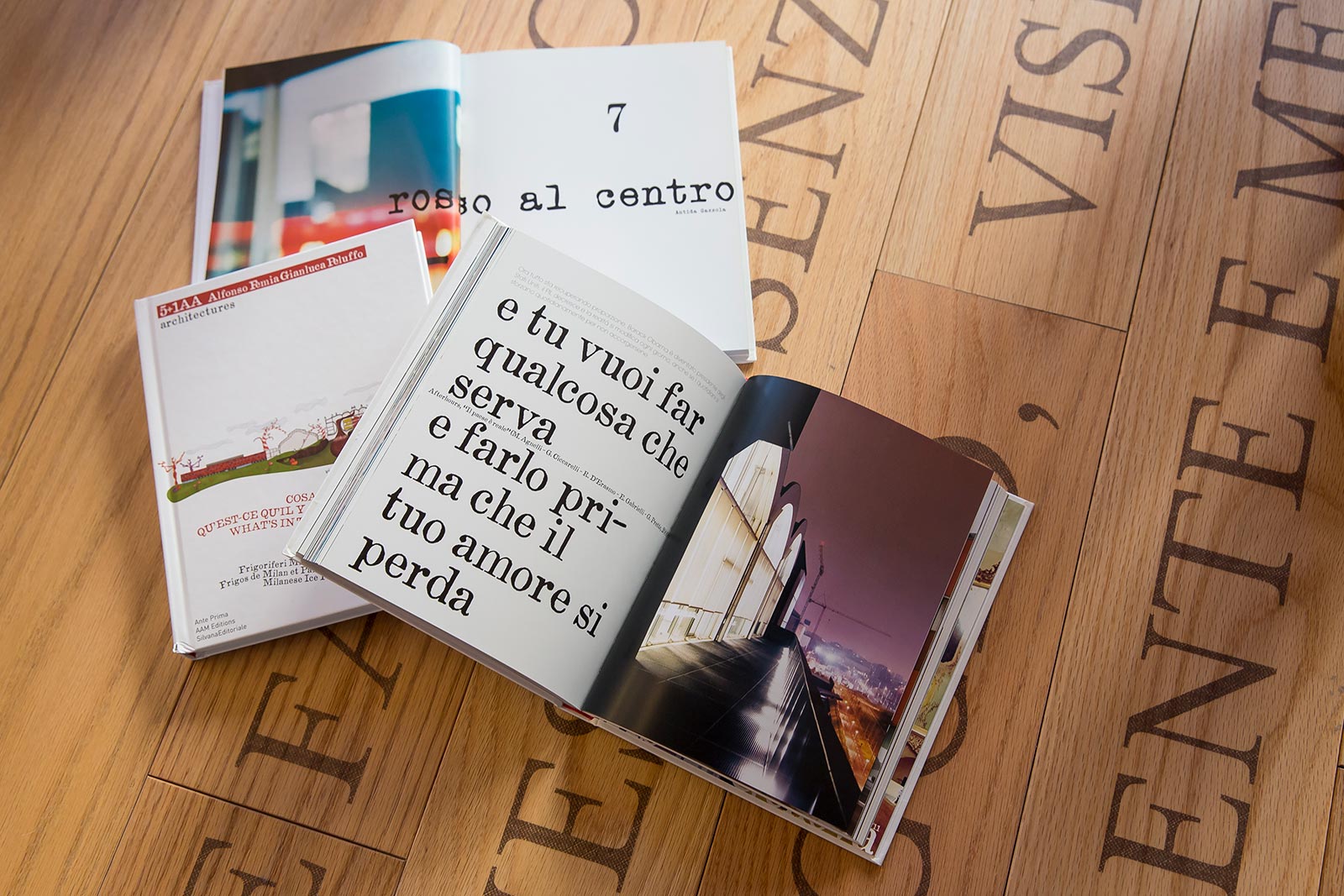 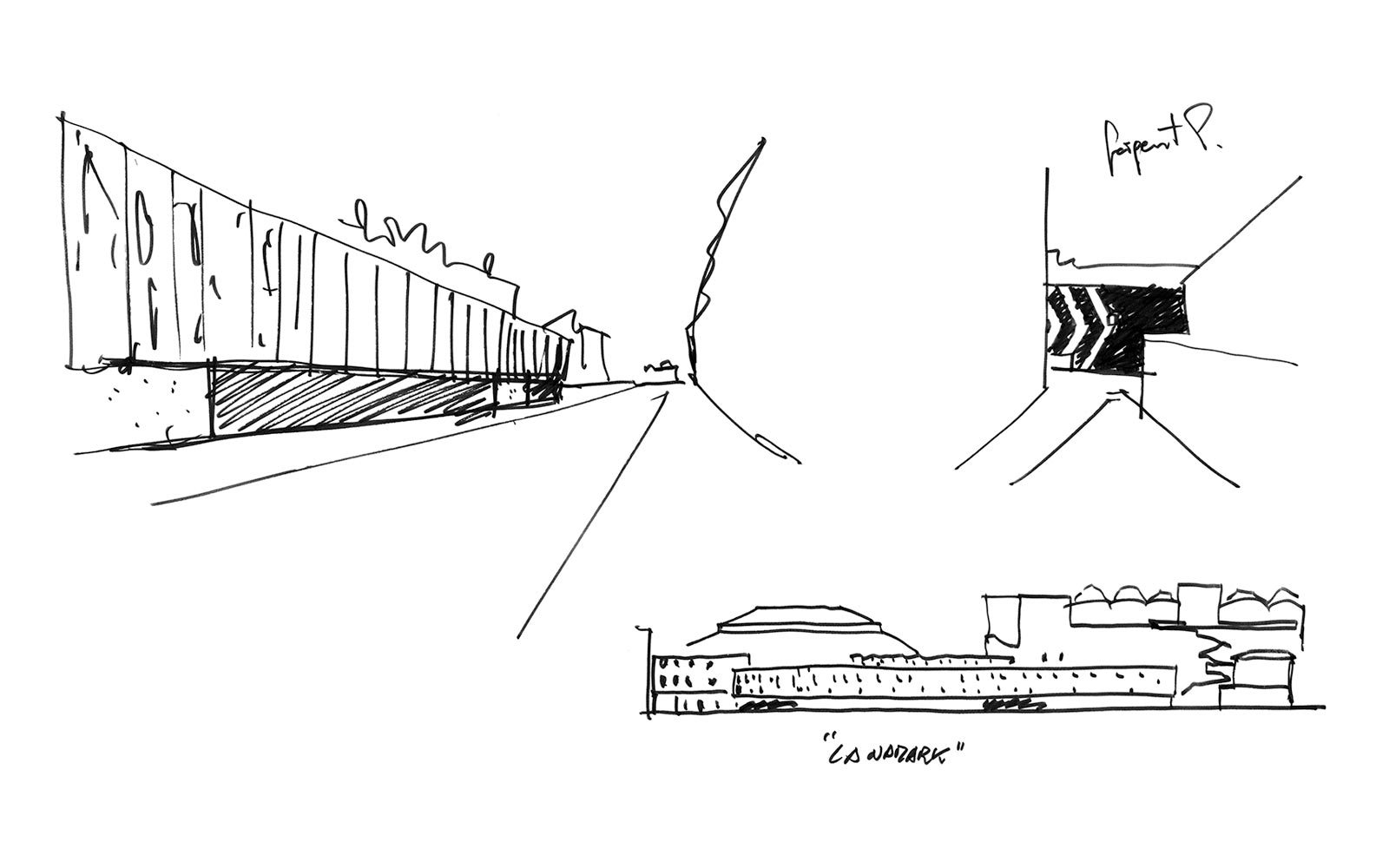 program: Requalification of the Frigoriferi Milanesi complex on via Piranesi in Milan
> Milanese Ice Factory building area: 16 600 m2
> total area: 27 480 m2
client: Frigoriferi Milanesi spa
project: Alfonso Femia * with
structural engineering: Stefano Migliaro, Luca Romano, Luciano Chierici
services engineering: Marco Taccini
photos: ©E.Caviola
ceramic model: Danilo Trogu
book: “What’s in the fridge?”
The Palace will rediscover its nature, its form through a work of subtraction (the scenographic gorge connecting the floors, the continuous openings on the top floor) and addition (a system of external stairs complete with balconies – terraces, which will climb up to the fourth floor).” AF
The Milanese ice factory, was built in 1899, close to the railway station of Porta Vittoria.
It was used as a store for food and also housed an ice factory. The project redraws the top floor of the building, devising the renovation of the vaults, and planning a new area for visitors. The new distribution system is organized around a “throat” cavity containing the lifts; it redraws the front of Porta Vittoria inserting a system of stairs leading to the top floor of the building.