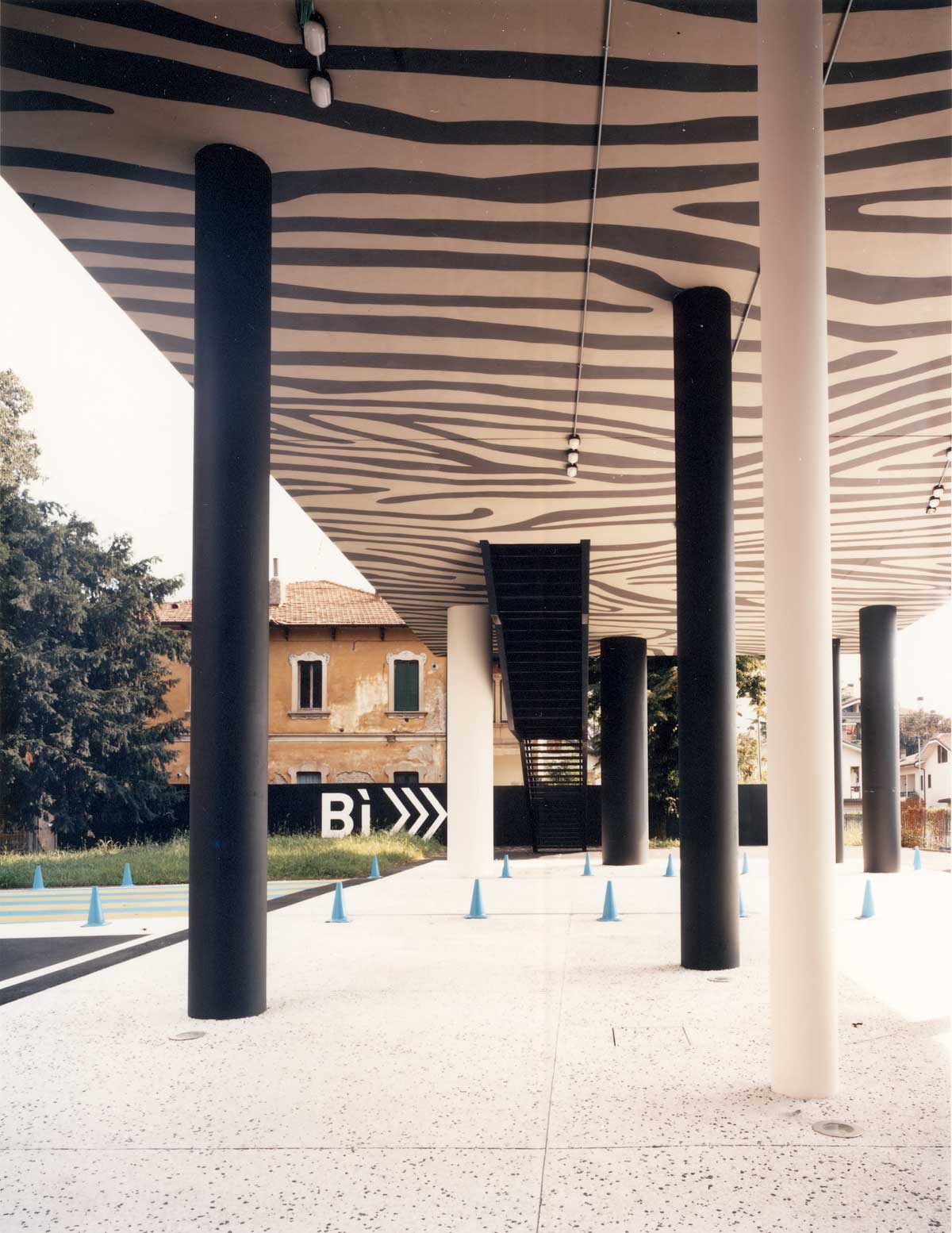 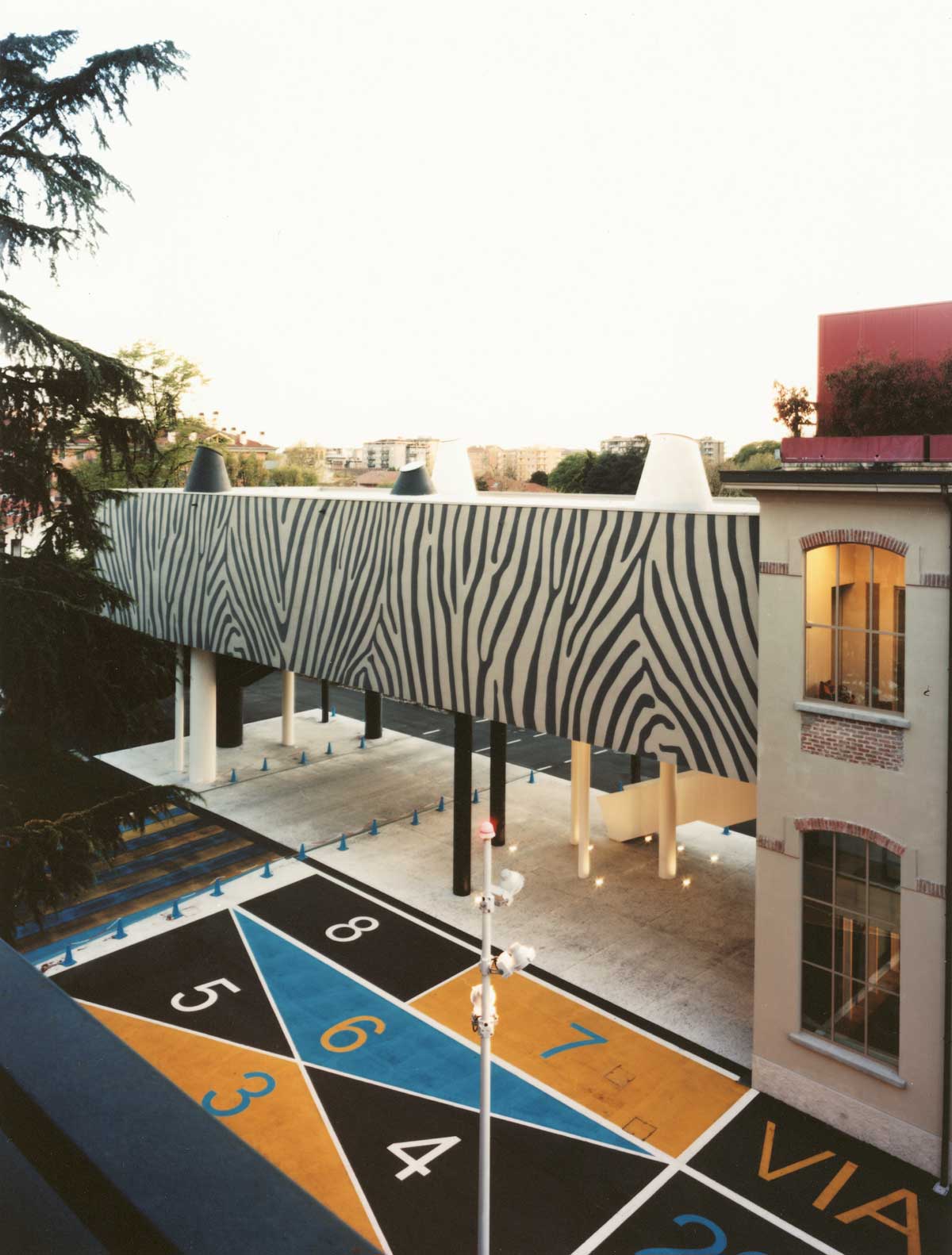 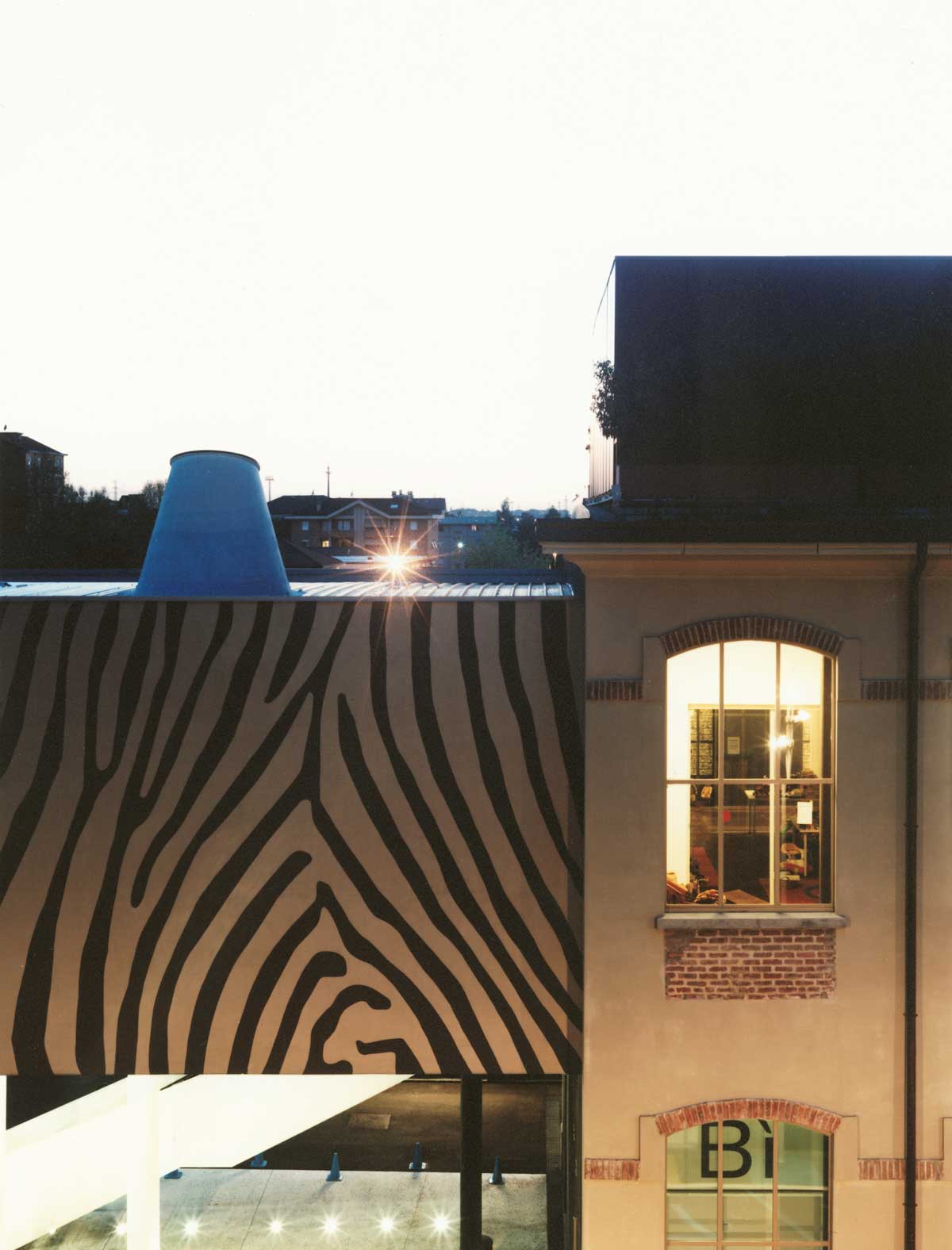 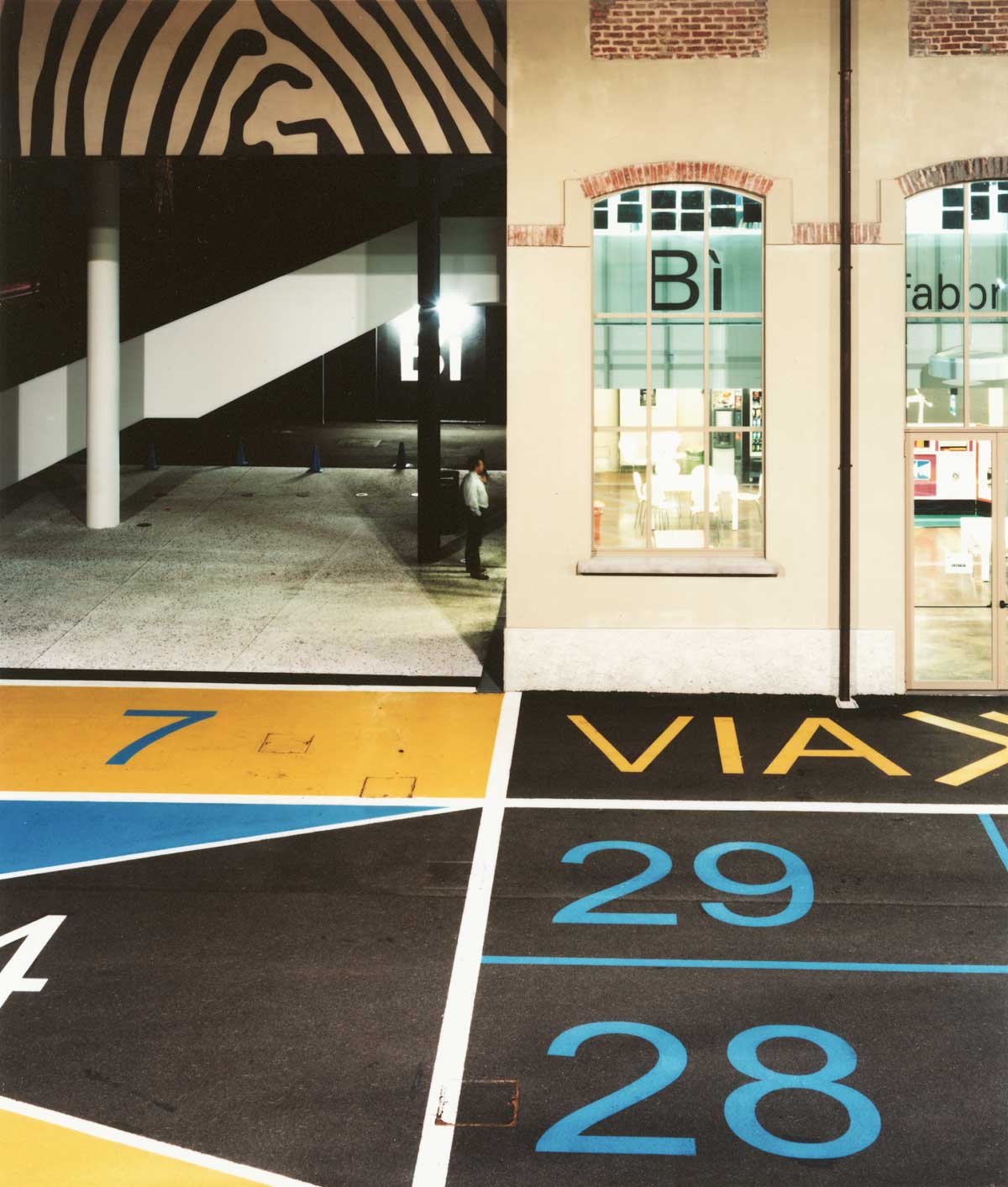 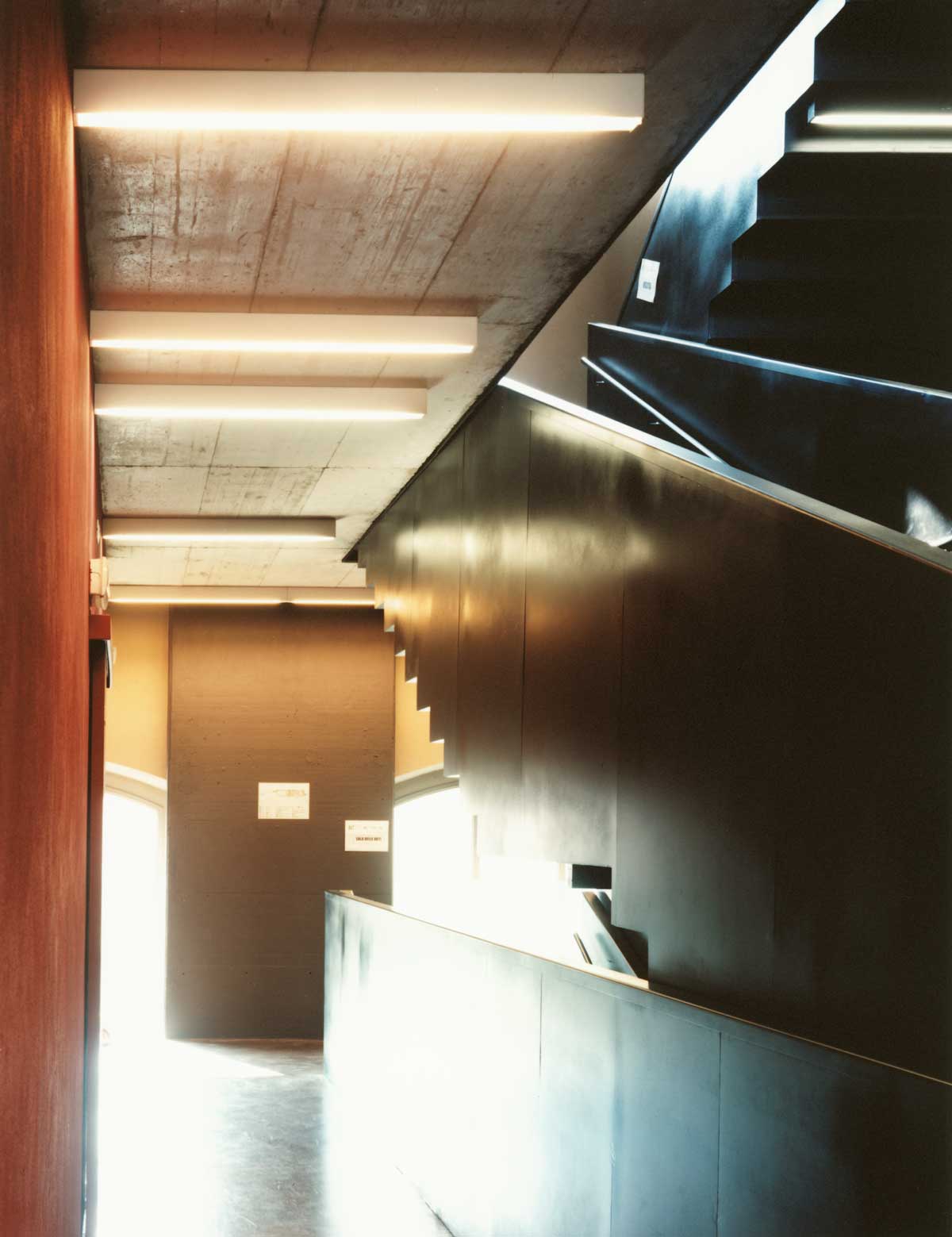 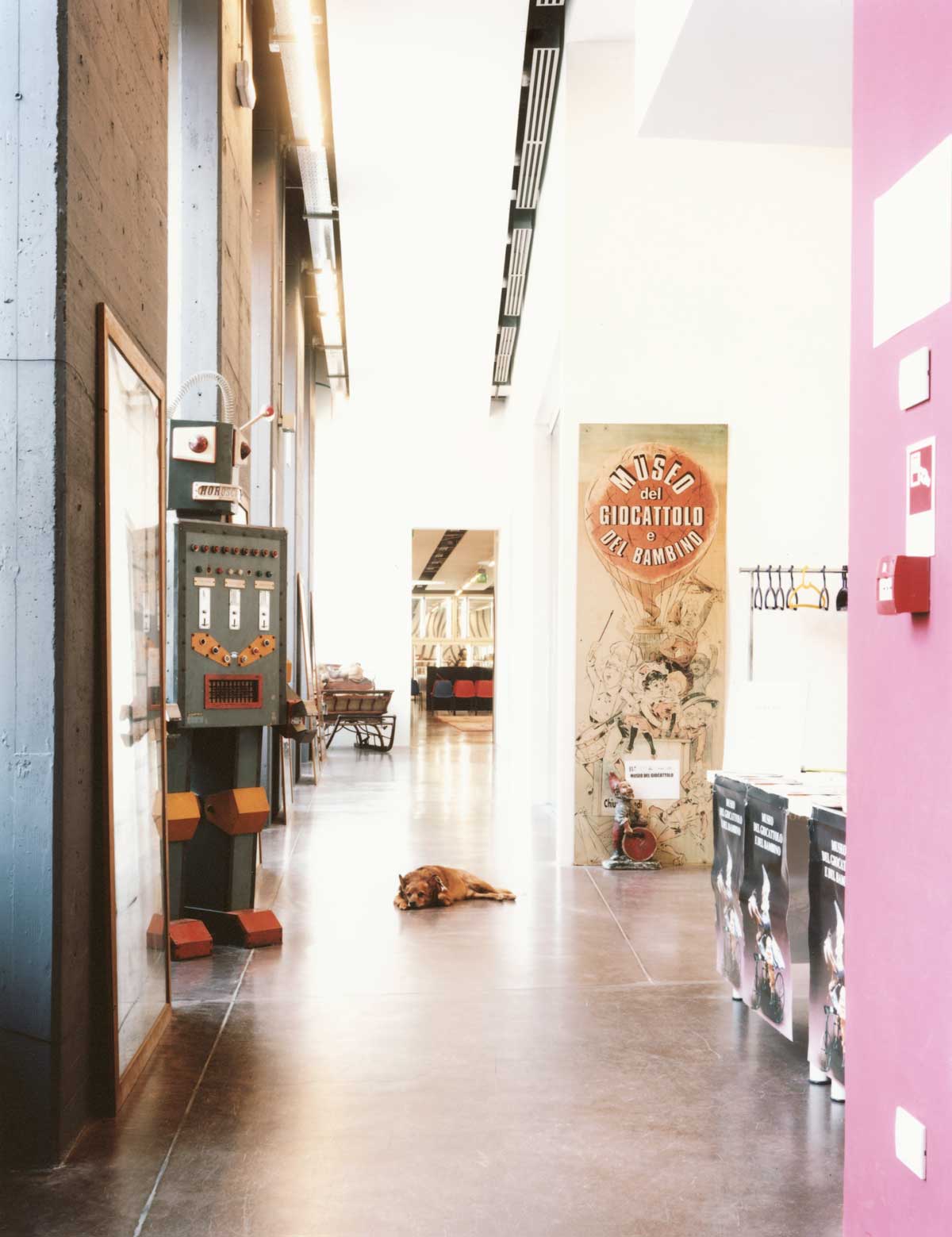 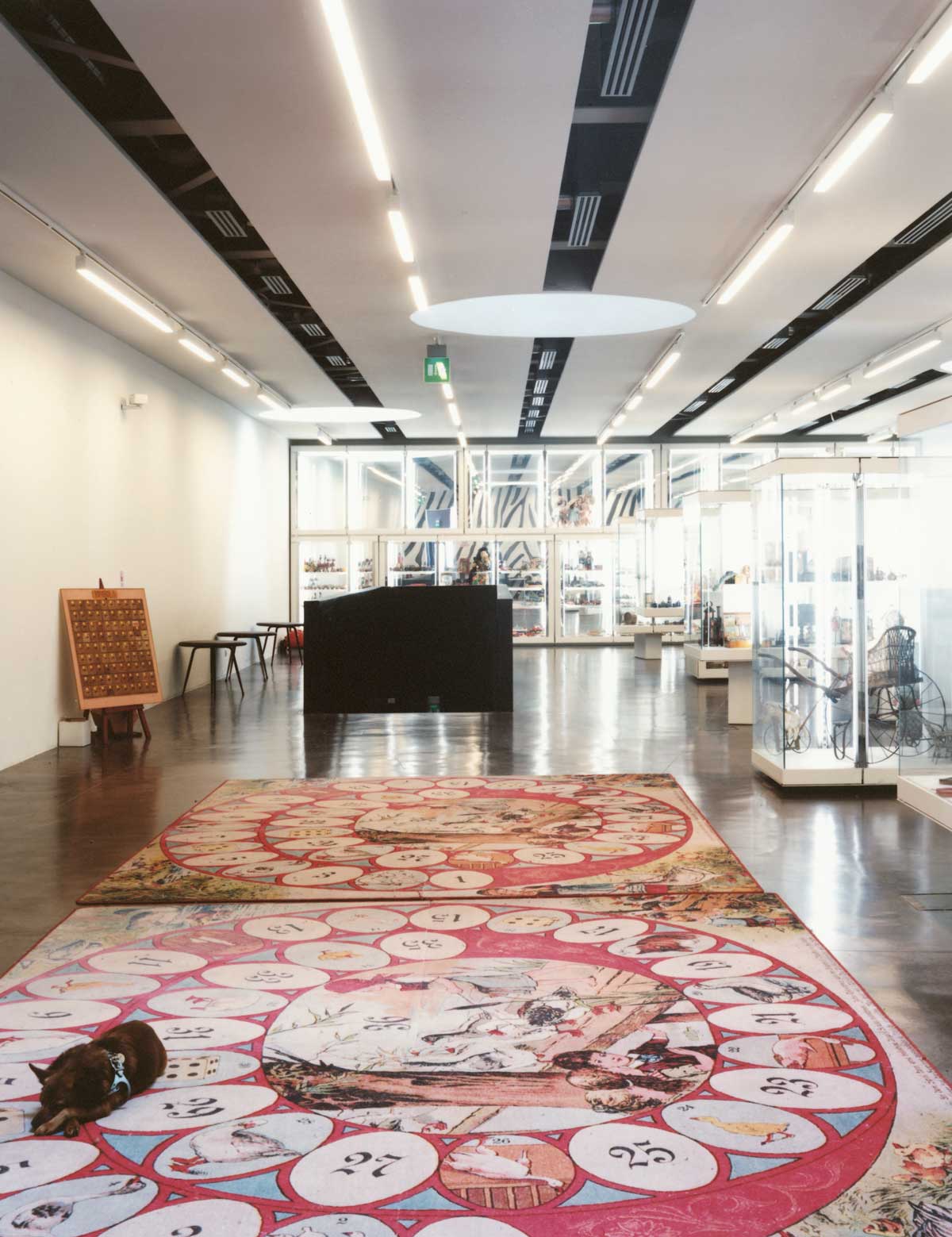 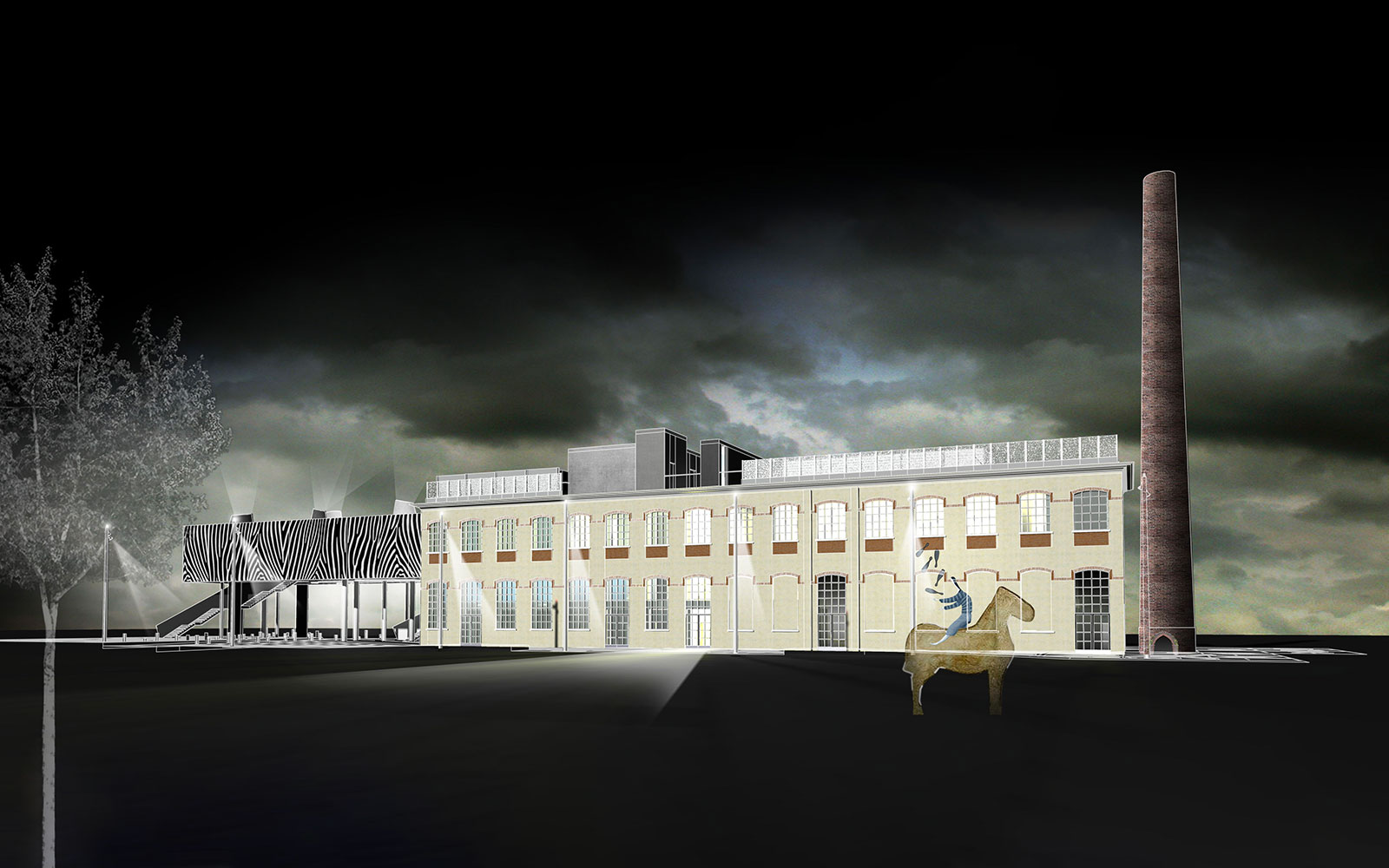 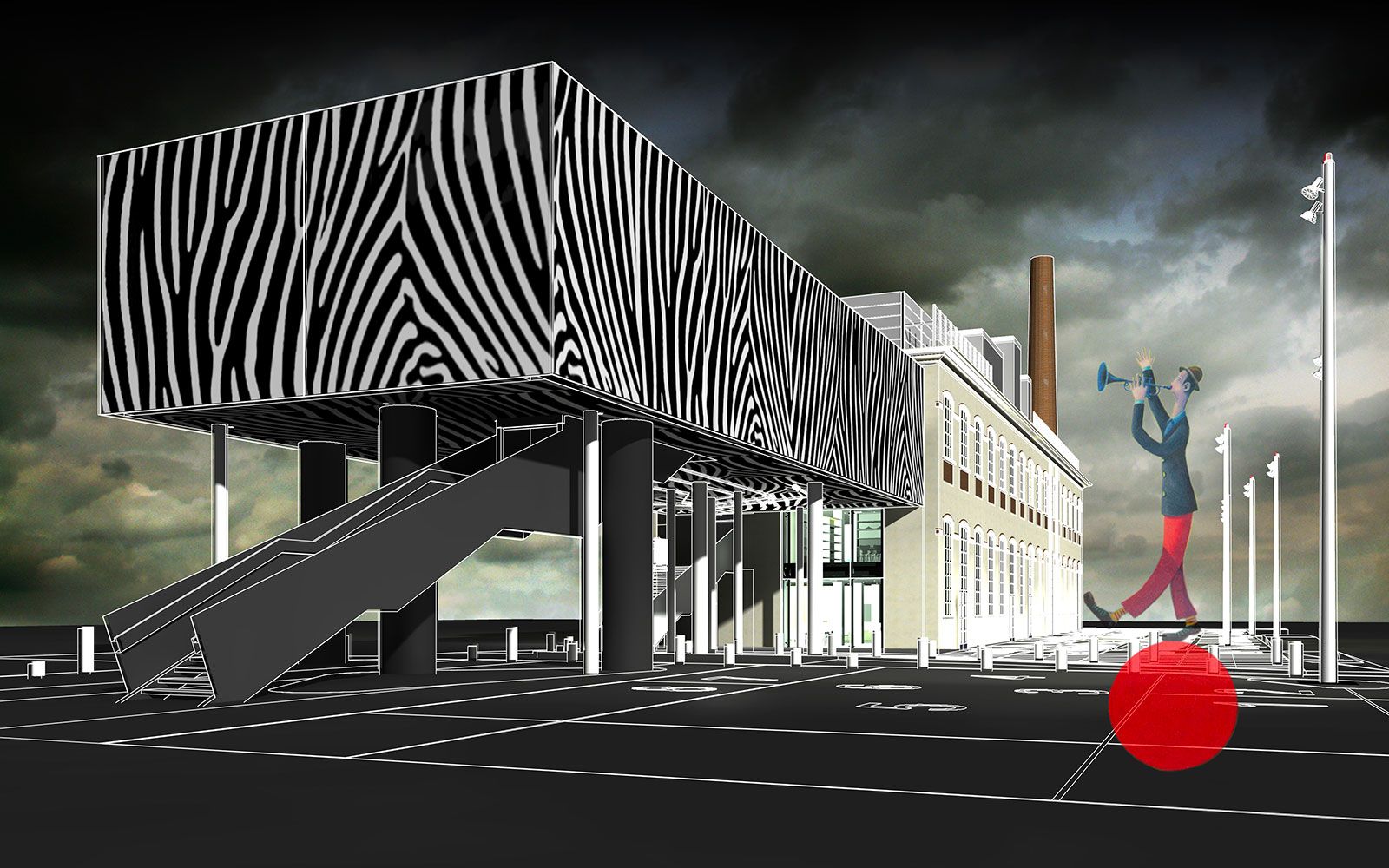 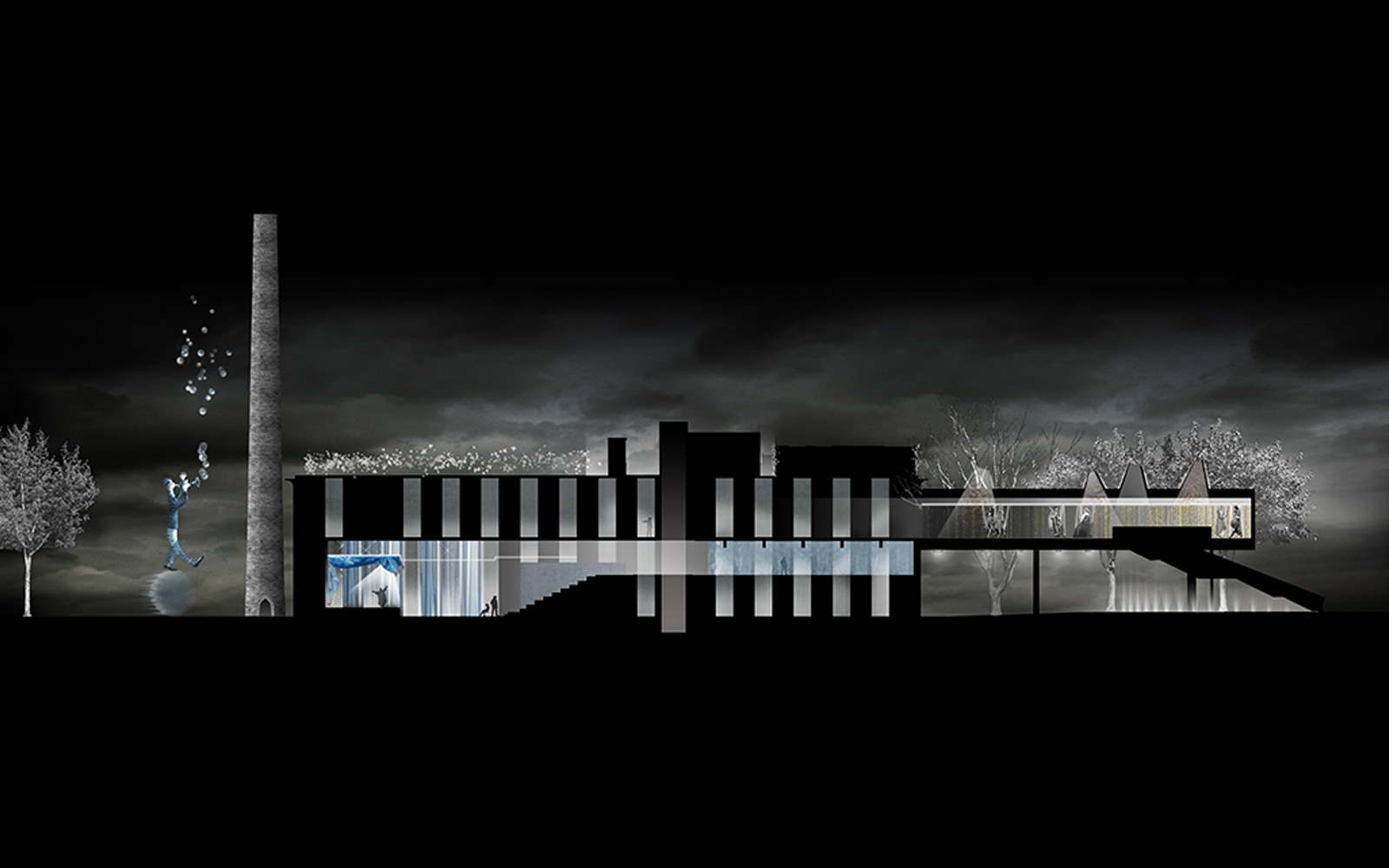 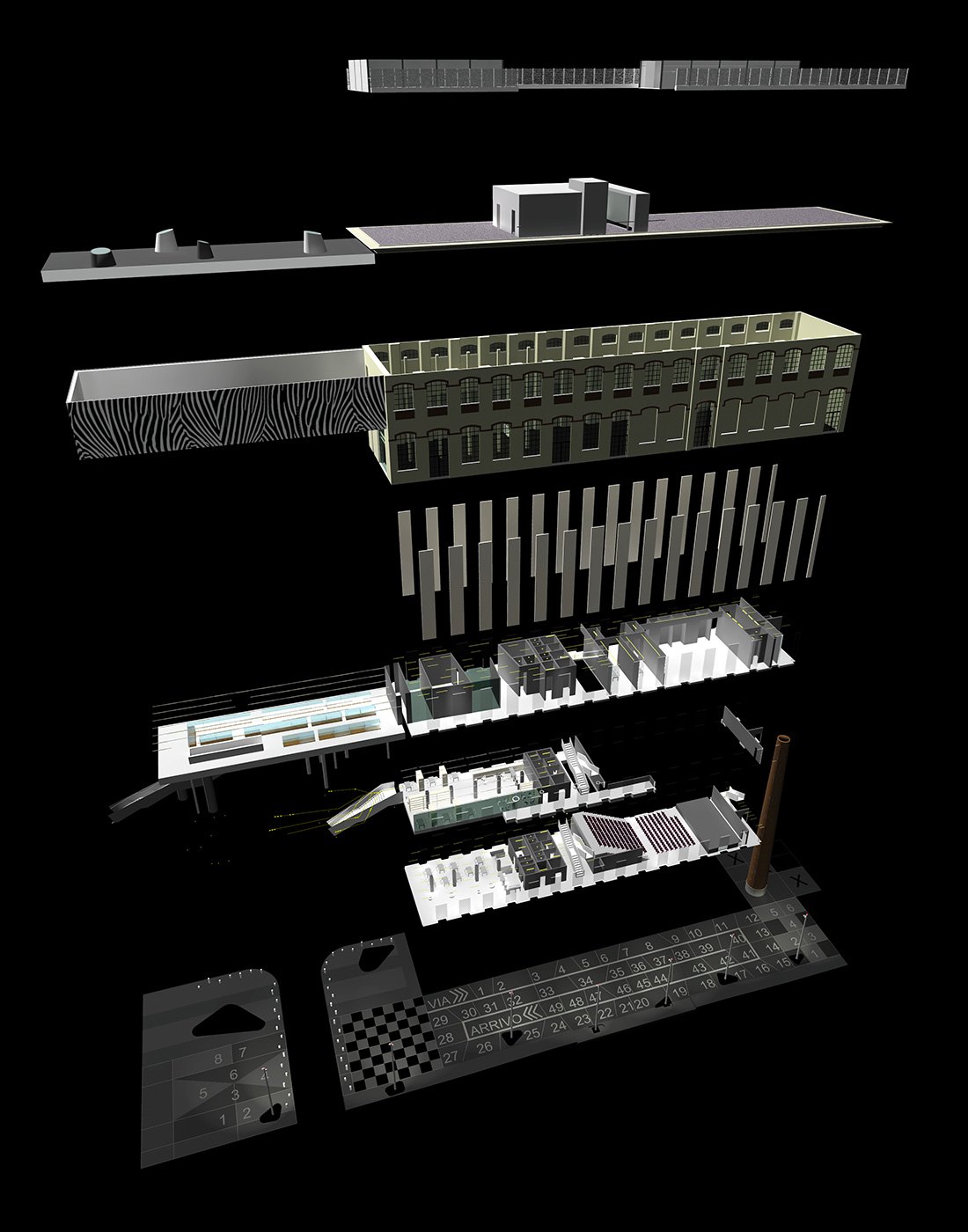 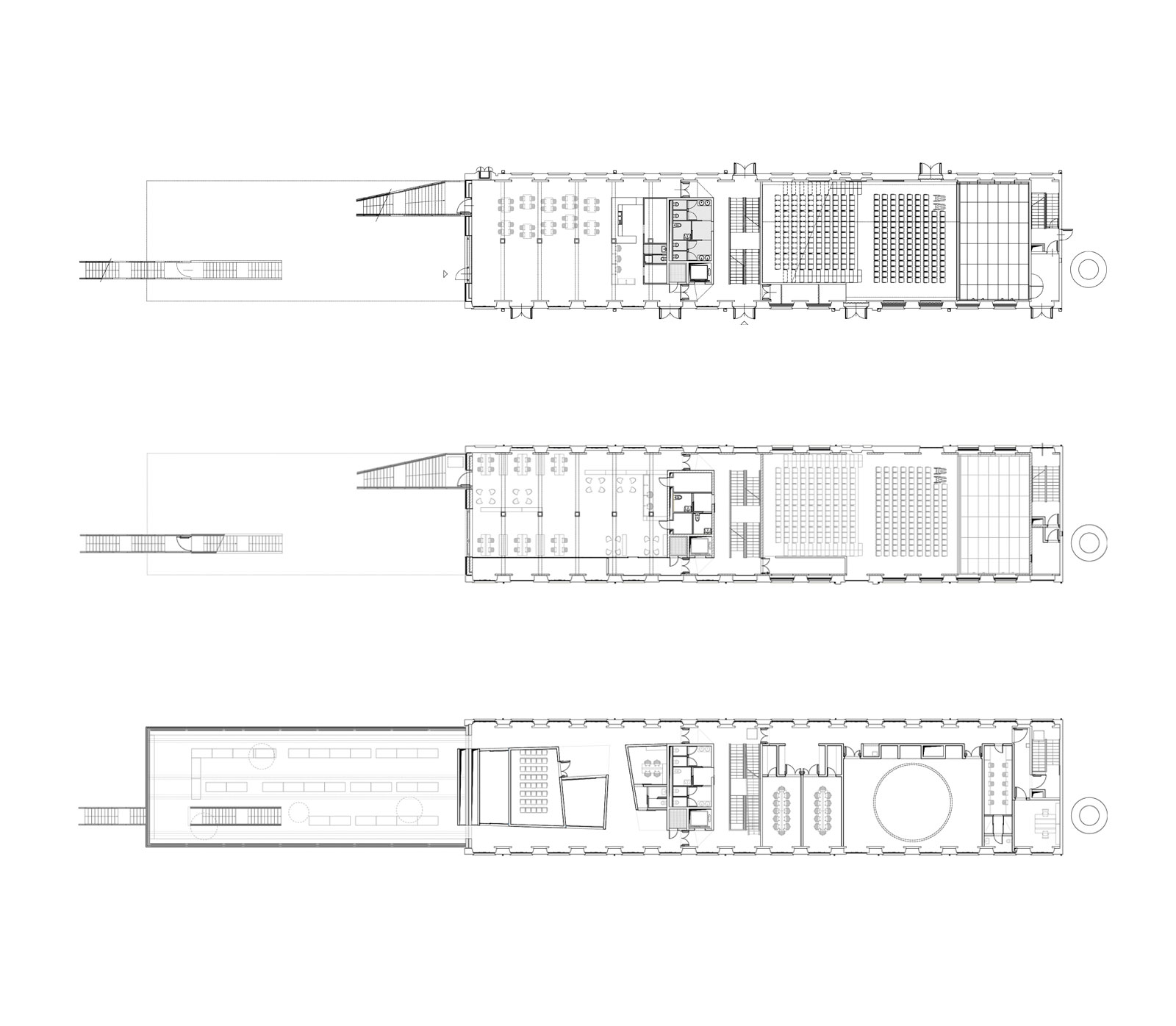 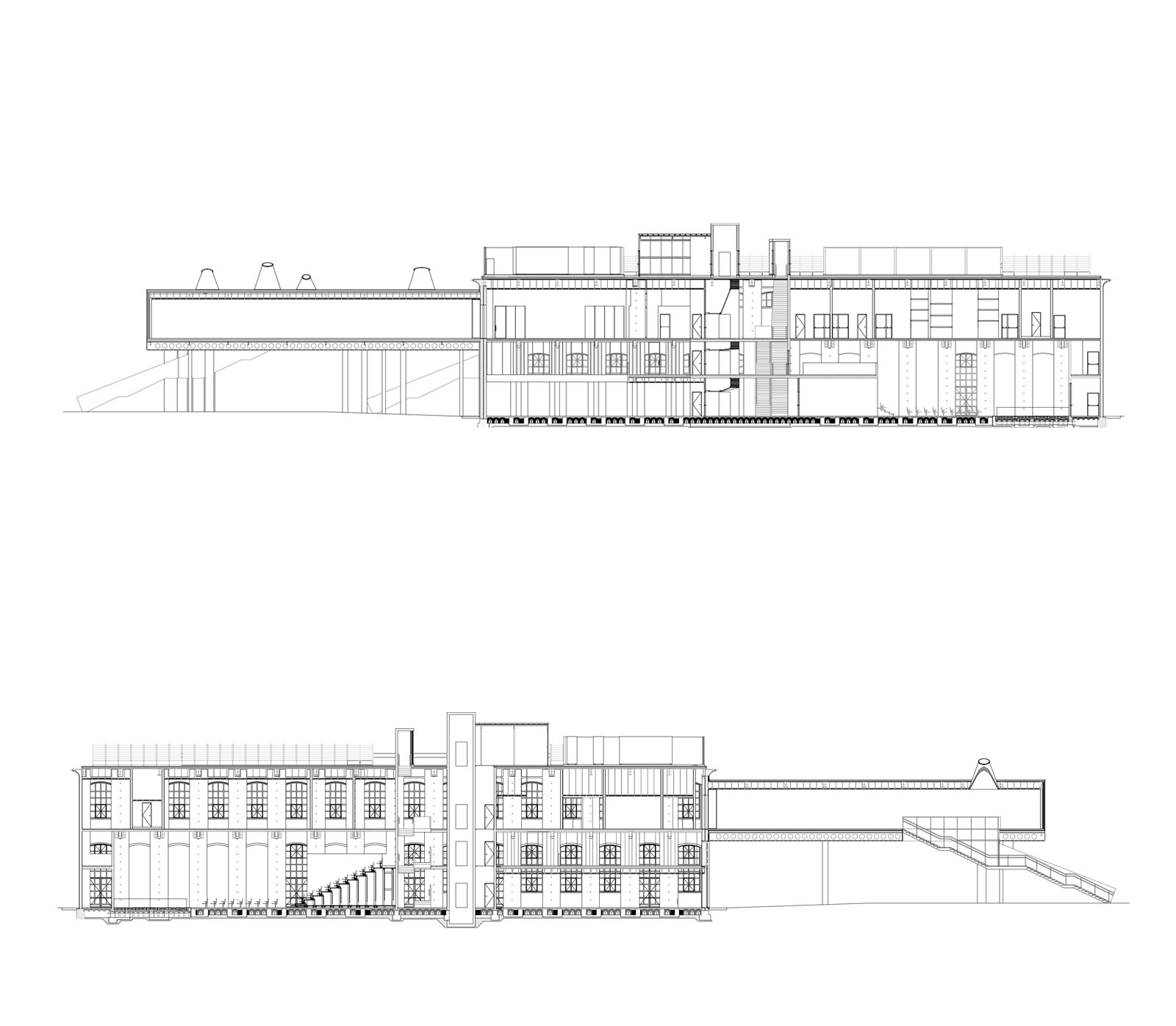 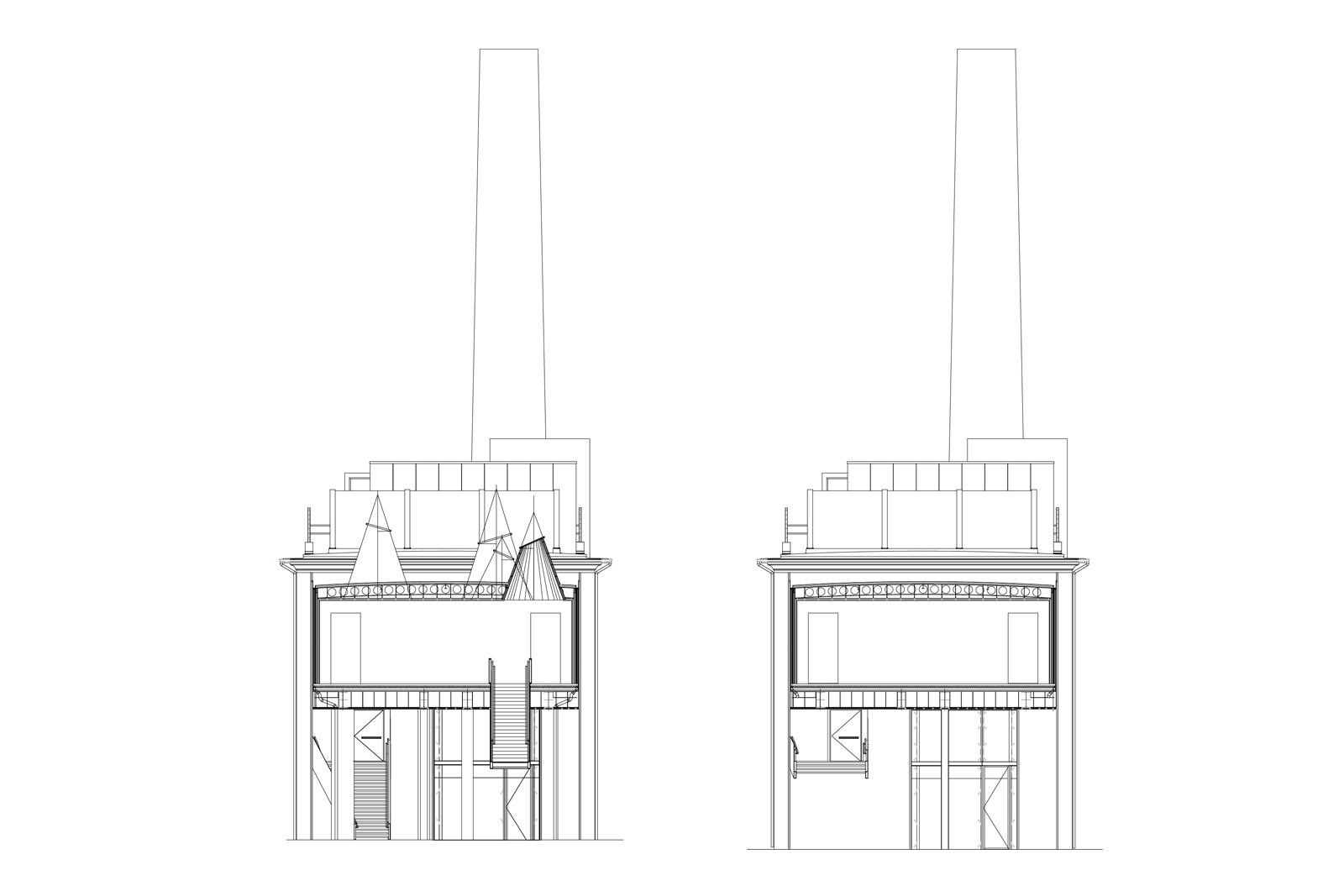 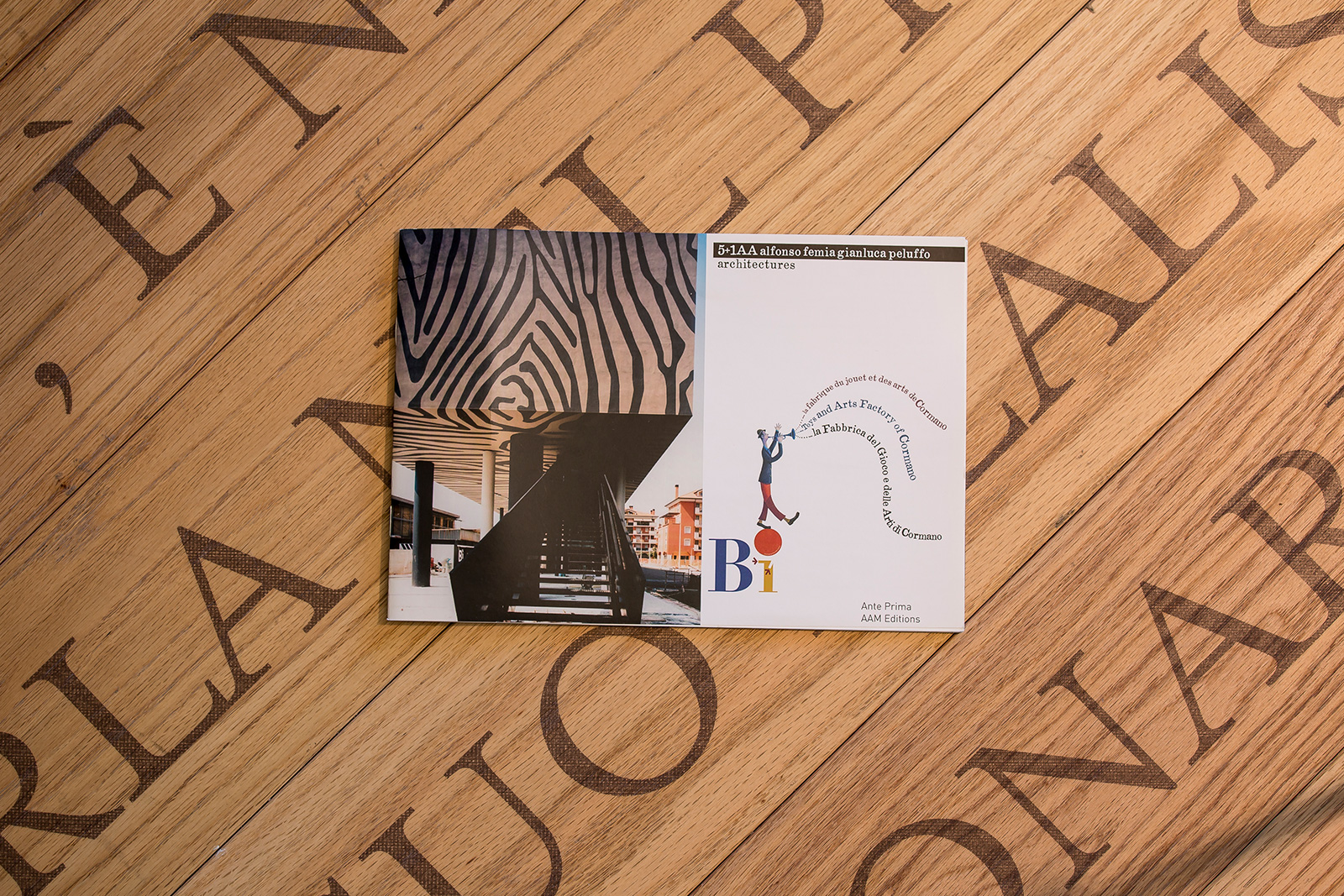 program: Requalification of a former industrial building: Bi Toys and Arts Factory – toy and child museum, children’s centre, library, theatre, café
> area: 2 000 m2
> hall-cafeteria: 150 m2
> theatre: 360 m2
> library: 200 m2
> museum: 400 m2
> offices: 200 m2
> theatre workshops: 200 m2
client: Comune di Cormano
project: Alfonso Femia * with Area Progetti, David Palterer
structural engineering: Buonomo Veglia srl
services engineering: Ferro & Cerioni
images: ©Atelier(s) Alfonso Femia
photos: ©E.Caviola
“Here again present time has its faults, the strength is represented by the past. An old building will born again to host some children, lets give them something magic that makes it possible to defend themselves from the persevering mediocrity used to abuse the city.” AF
The big animal with stripes or spots, with many legs and two tails-stairs, from distant worlds, that might even be monstrous or savage, never seen but wonderfully imagined (painted, narrated, filmed), here, in the outskirts of Milan; it rises on its legs to let the road, the cars pass; it slips into the old factory, familiar and beloved, with courage and with no violence. The big animal mysteriously arrived from the world of Rousseau and Salgari in the suburbs of Milan seems to belong to the great dreams of childhood. Or, even more than to childish dreams, to the discovery, surprising too, of a “non- familiar” world (Freud’s unheimliche), or a world that has lost its known familiar aspects, and that through a disturbing experience of strangeness, unexpectedly brings us closer to the perception of reality and truth. As in the plot and imagery of “Where The Wild Things Are” (Spike Jonze, USA 2009, a film based on the book by M. Sendak), where the escape from the family and the meeting with a world of monsters, more or less good, becomes a path of knowledge, inner rather than educational or pedagogic.
The building, the result of a competition, has the aim therefore of inventing a place, a space, a public building, the conversion of an old factory present in the collective memory, which should be able to share the joy of fun, of learning, of playing. Of wonder, in other words.

Outside, a large hopscotch- snakes and ladders: the public space given back to adults through the games and colours of their children. In the end it is not difficult to construct a wonderful public building, that is, one capable of producing Wonder. And how much knowledge and discovery are due to Wonder, it is almost superfluous to recall. But this is a Right-Duty in the strange and surprising country that is Italy.
Inside the building, all the functions come together: the donation of the collection of antique toys and puppets, the library for toddlers and crawlers, protected by the belly of the mother-zebra-Zulu, the experimental theatre, the space for playing.