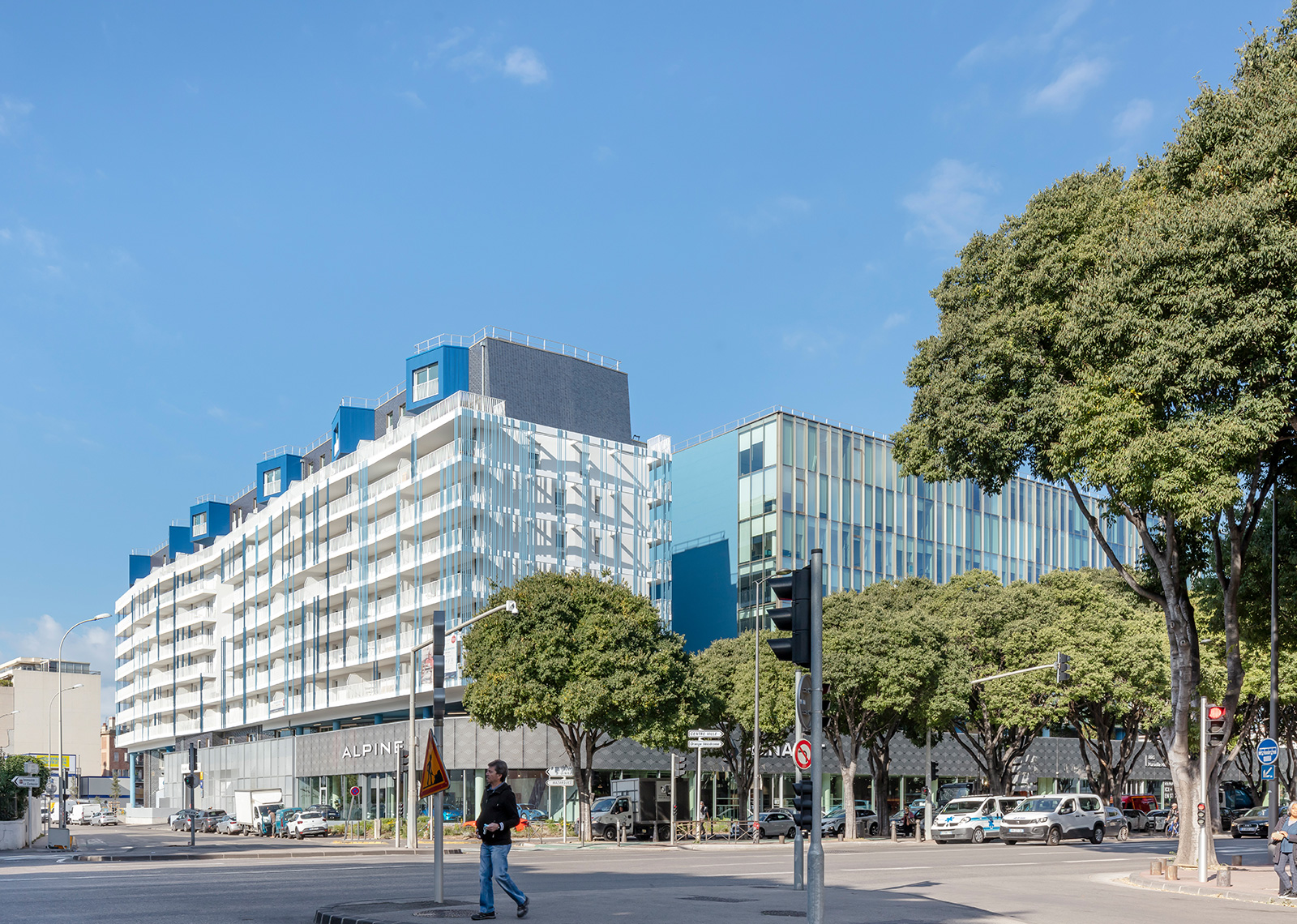 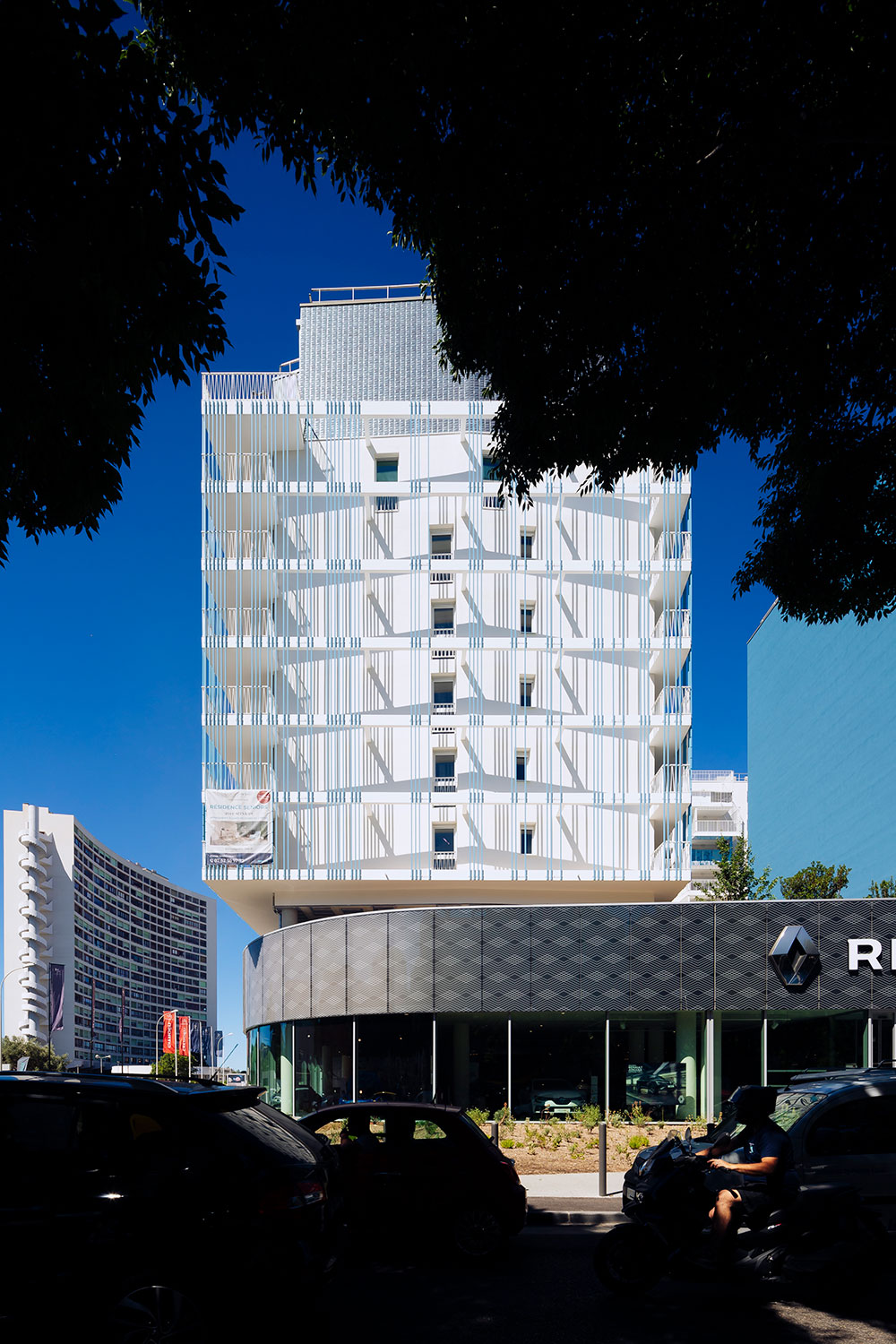 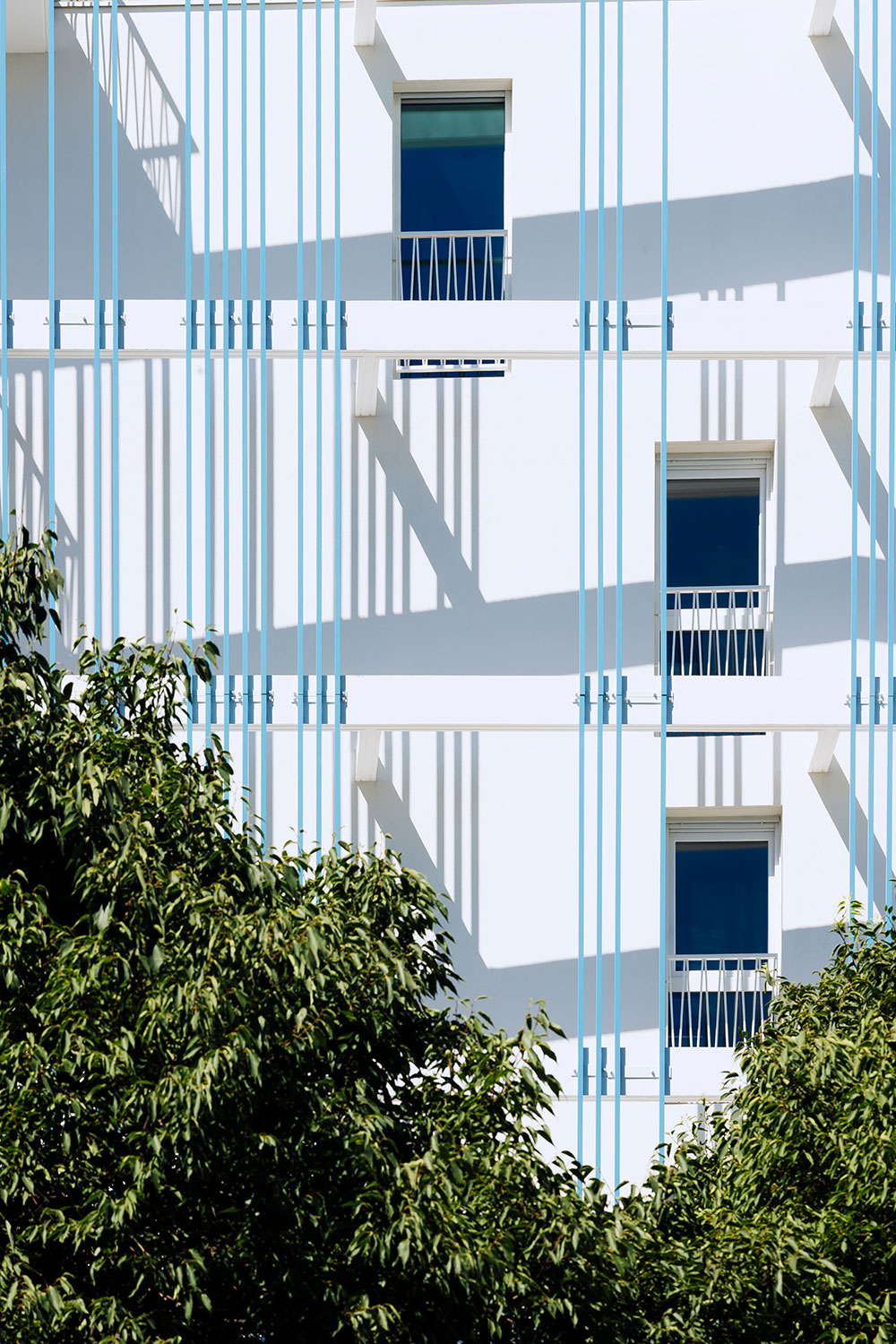 8ème art
Marseille, France
2012-present
5,8 he
client: Altarea Cogedim
architects: * with Carta associés
The site for the Renault project is situated in one of the strategic and symbolic locations of Marseille. In effect, it can be found at the crossroads of the Huveaune river and the historic Prado – Michelet axis, which fi rst came into service in 1890.
This north-south urban axis can be considered as the real backbone of the southern neighbourhoods of Marseille: it gives brightness and hierarchy to the urban fabric of the area, made up mainly of old village centres and a scattering of buildings: country-house estates, private housing estates, council estates… It
links the Vieux-Port, the heart of Marseille, to the Mazargues roundabout, entrance to the Calanques. Marked by the presence of several emblematic buildings close to the site, such as the Unité d’Habitation (Housing Unit) by Le Corbusier (built in 1952 and classed as an historic monument), the Villa Magalone (built in 1710 and classed as an historic monument), or further still the Stade Vélodrome (currently being extended), the Boulevard Michelet is one of Marseille’s most symbolic roads, just as much as La Canebière or the Corniche J.F. Kennedy.