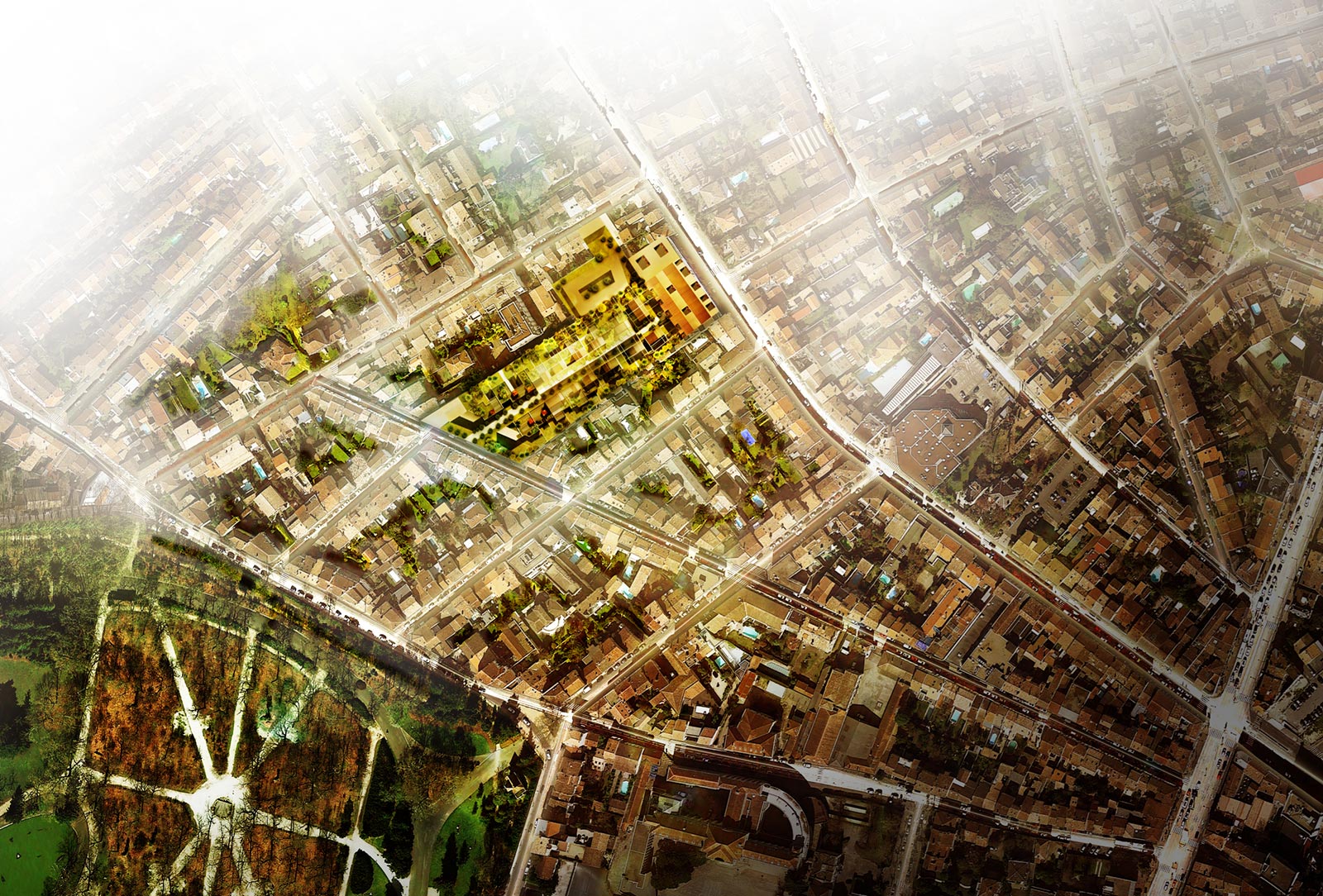 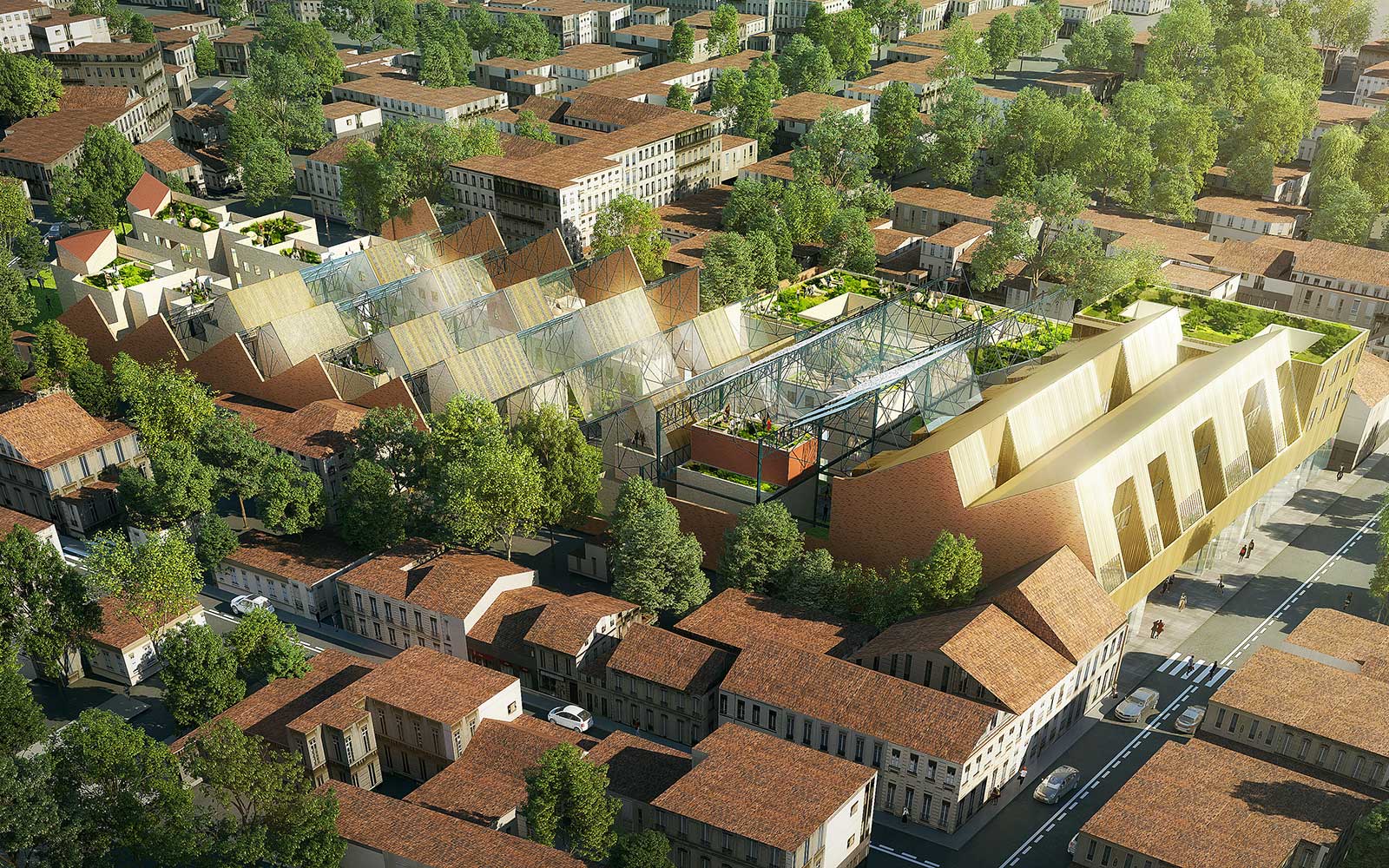 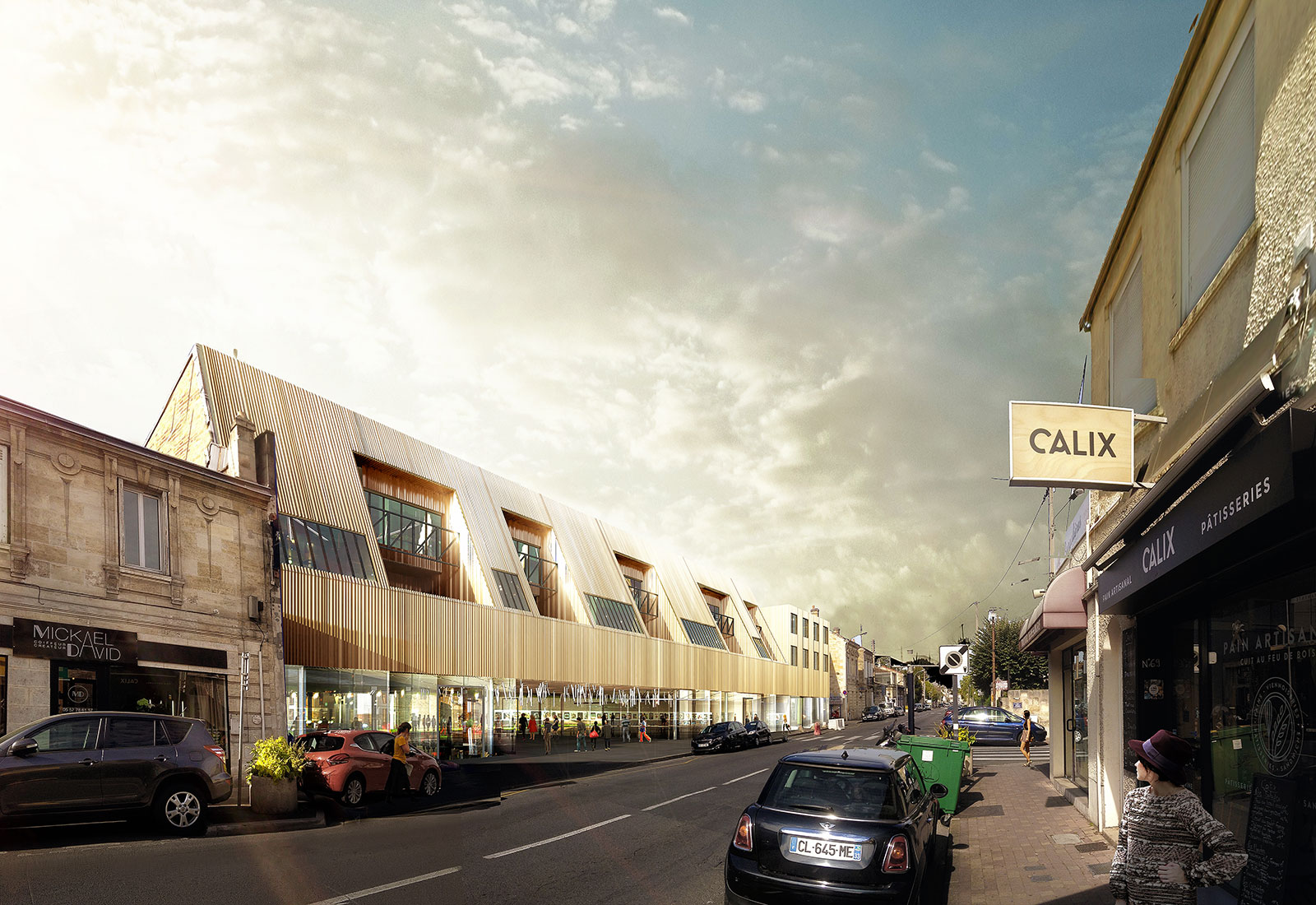 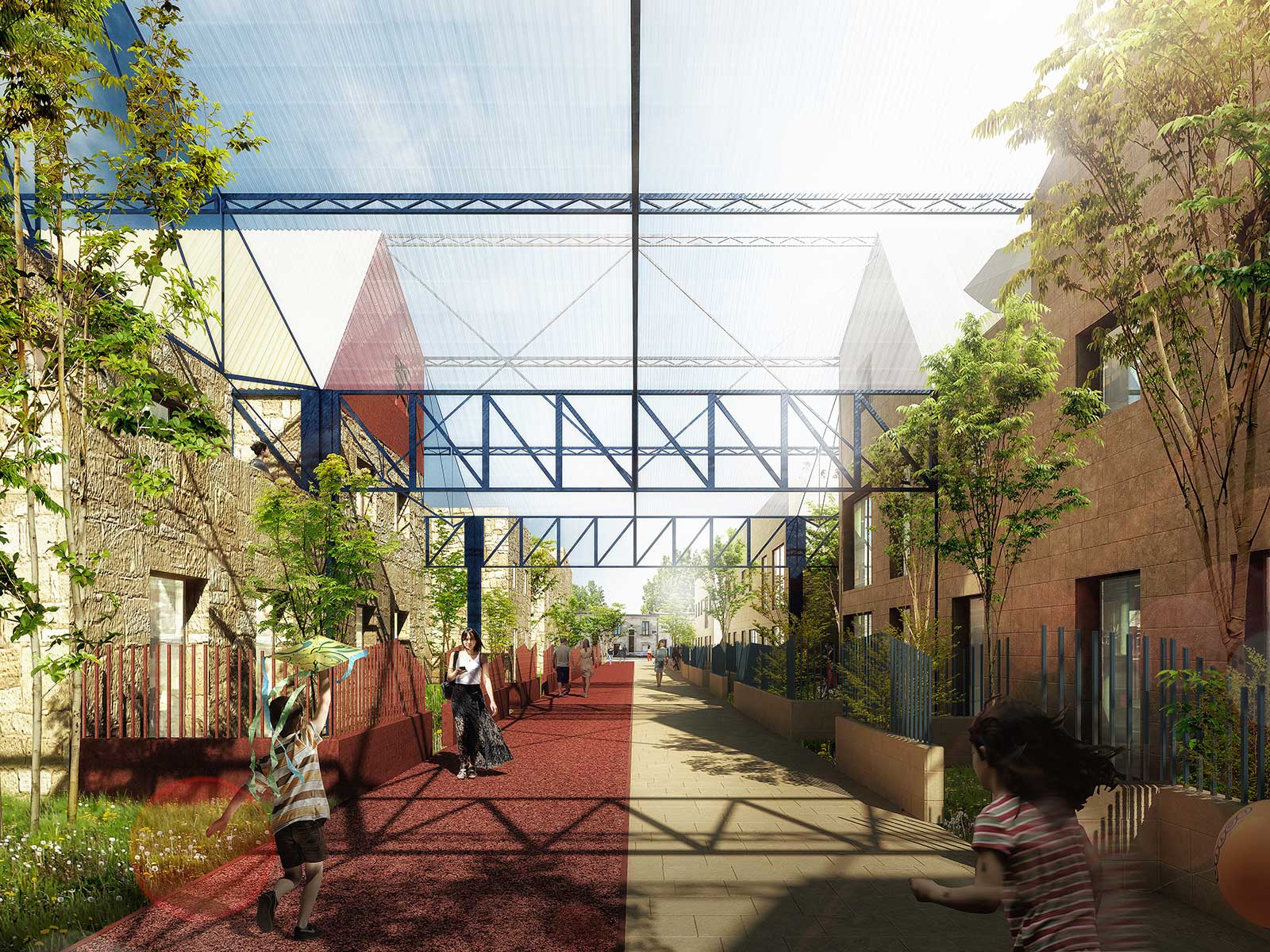 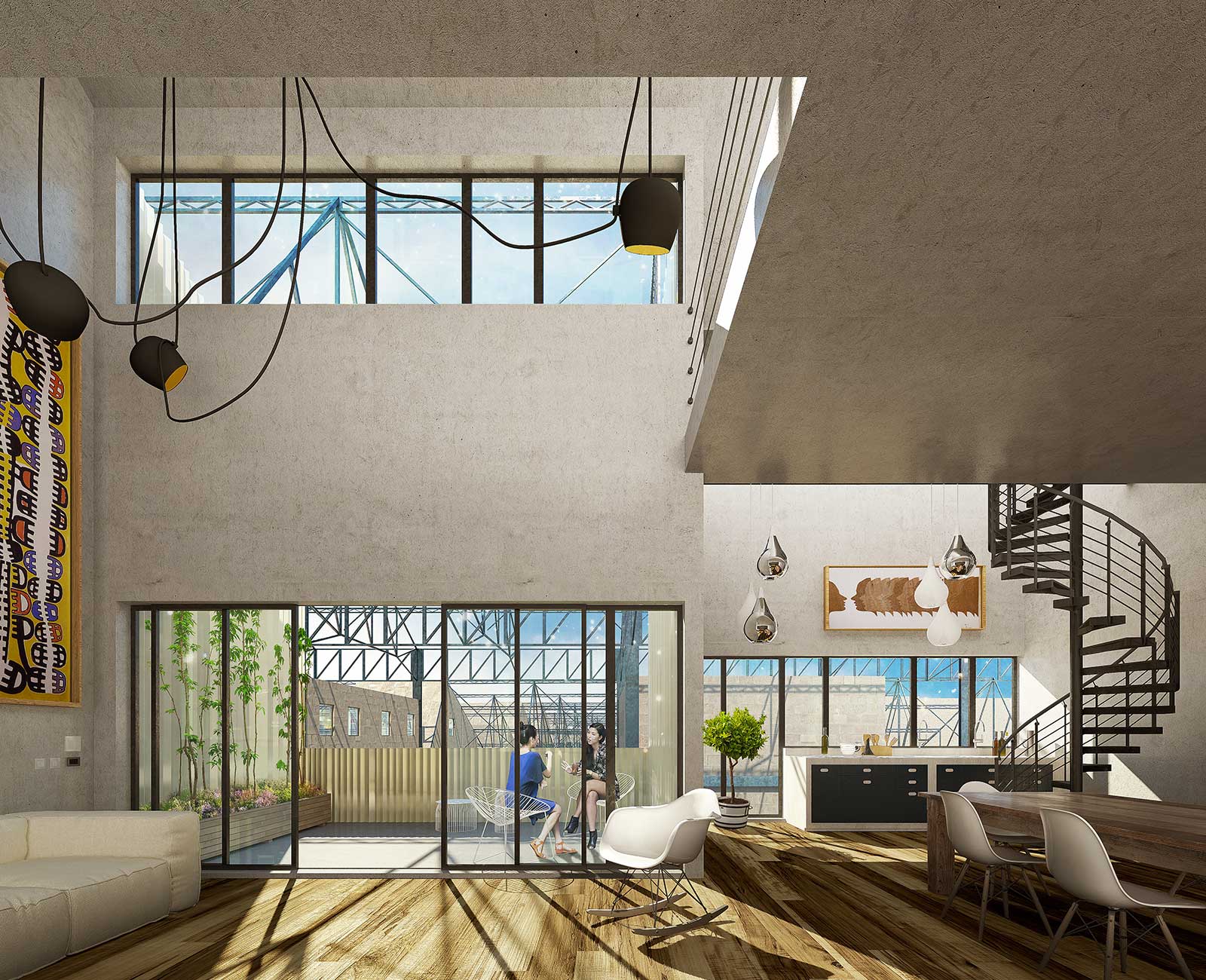 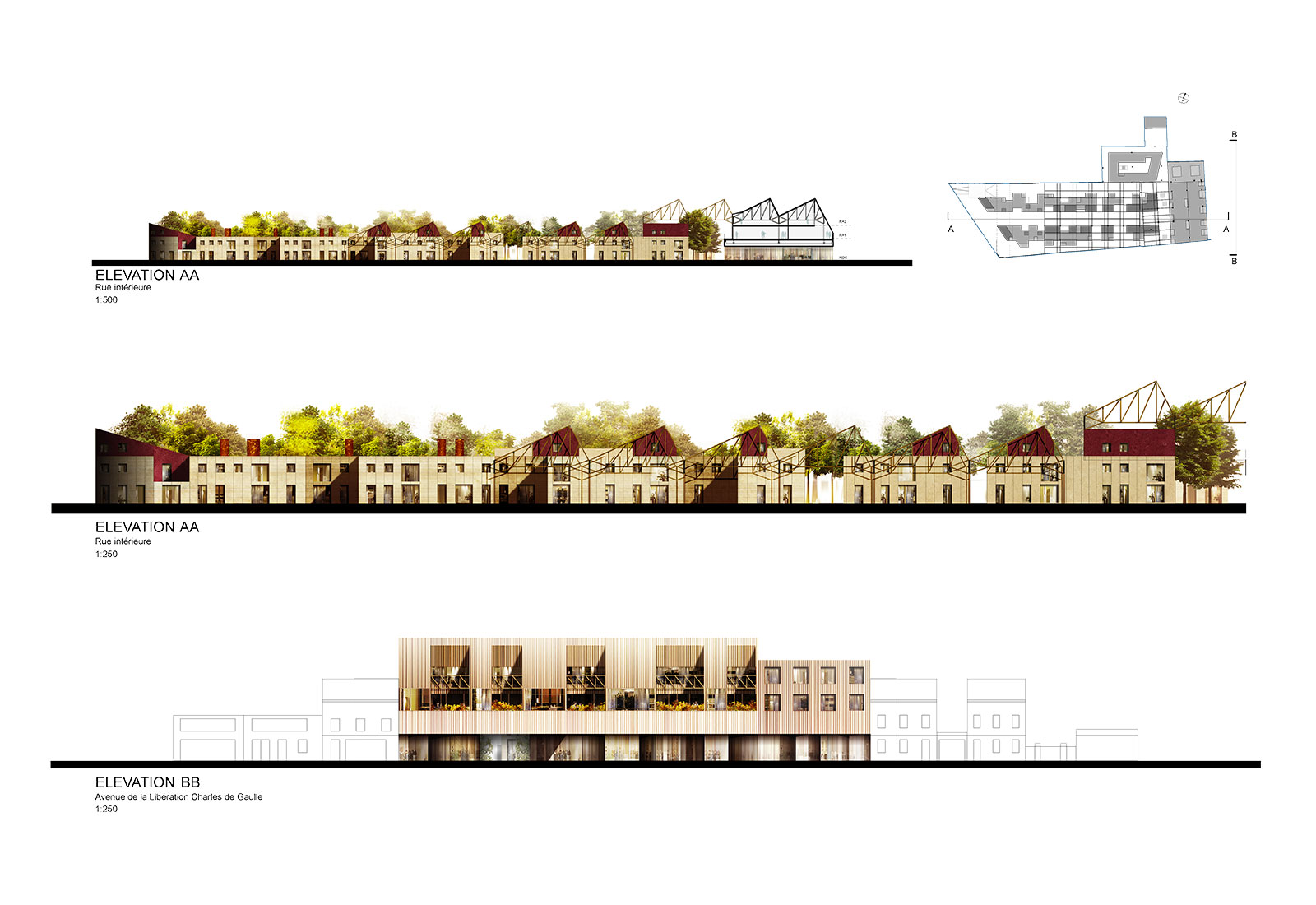 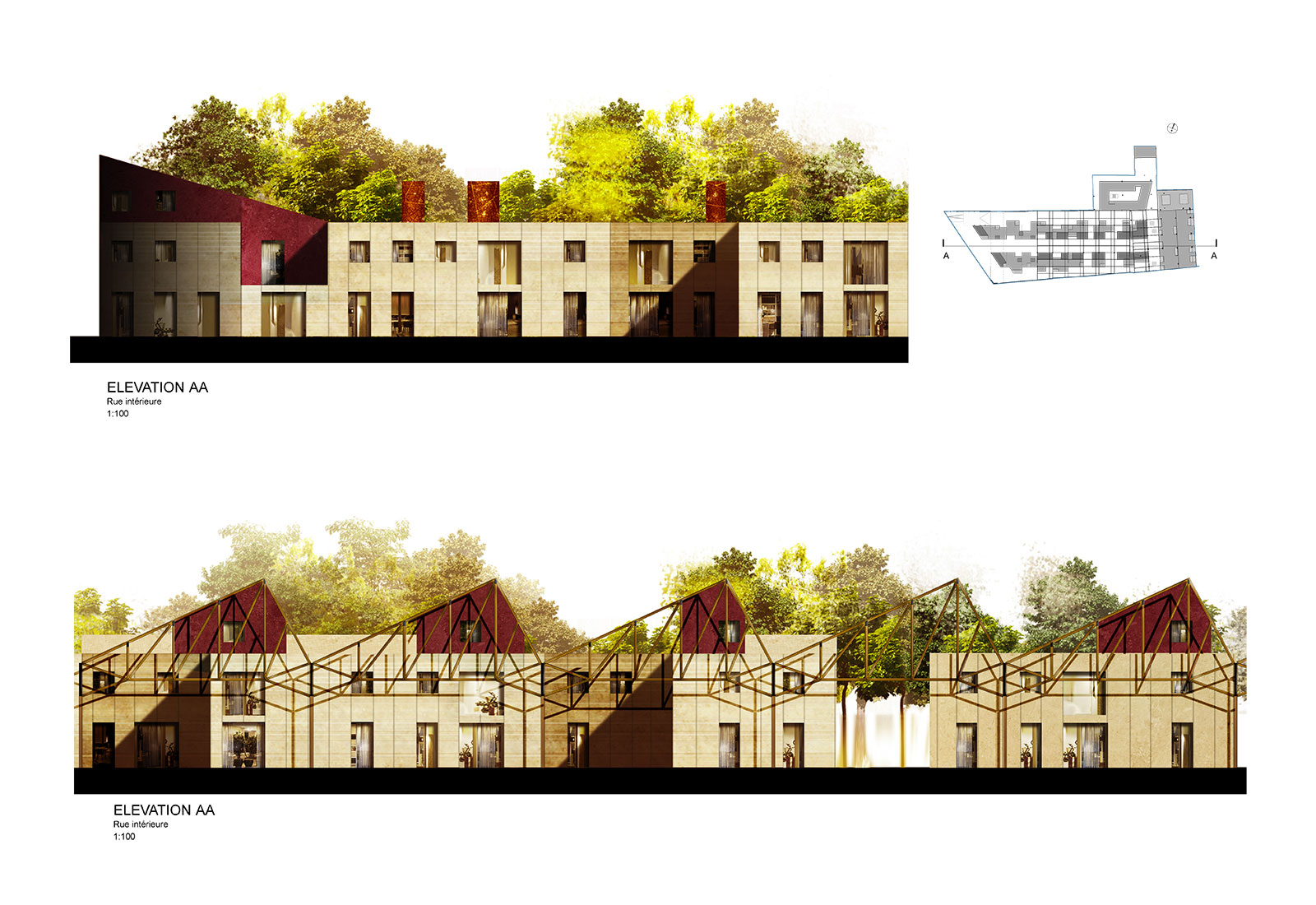 images: ©Atelier(s) Alfonso Femia & Paris Render Studio
The Peugeot dealership site is a remarkable element in the urban fabric of traditional Bouscat shops. The significant size of the area and the silhouette drawn by the sheds are elements that characterize the site.
The requalification project of this industrial heritage grants a diversified housing offer.
The plot is located in the center of the urban system and maintains a close relationship with the neighborhood.
The integration of the project with the environment is achieved through an interior street that serves the housing lot while constituting a new urban element for the neighborhood.

Under the preserved structure of industrial sheds, the housing units are integrated and oriented around this structuring axis. In this way, the project creates a space “in-between” between the street and the sky, between private and public areas, between the built and the green spaces.
commercial premises  competition  dealership  France  green  industrial  intermediate space  Le Bouscat  neighborhood  Peugeot  redevelopment  residences  warehouses