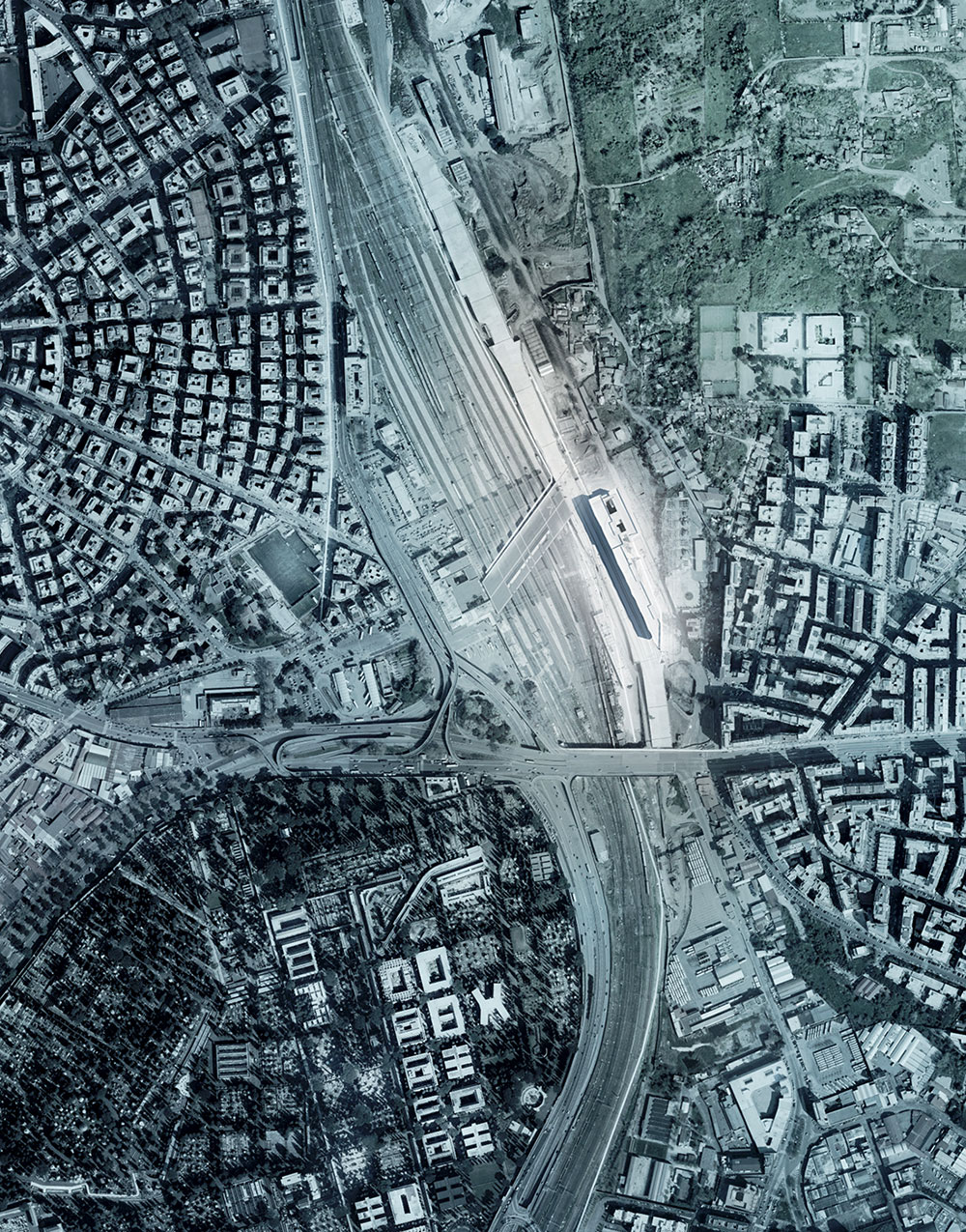 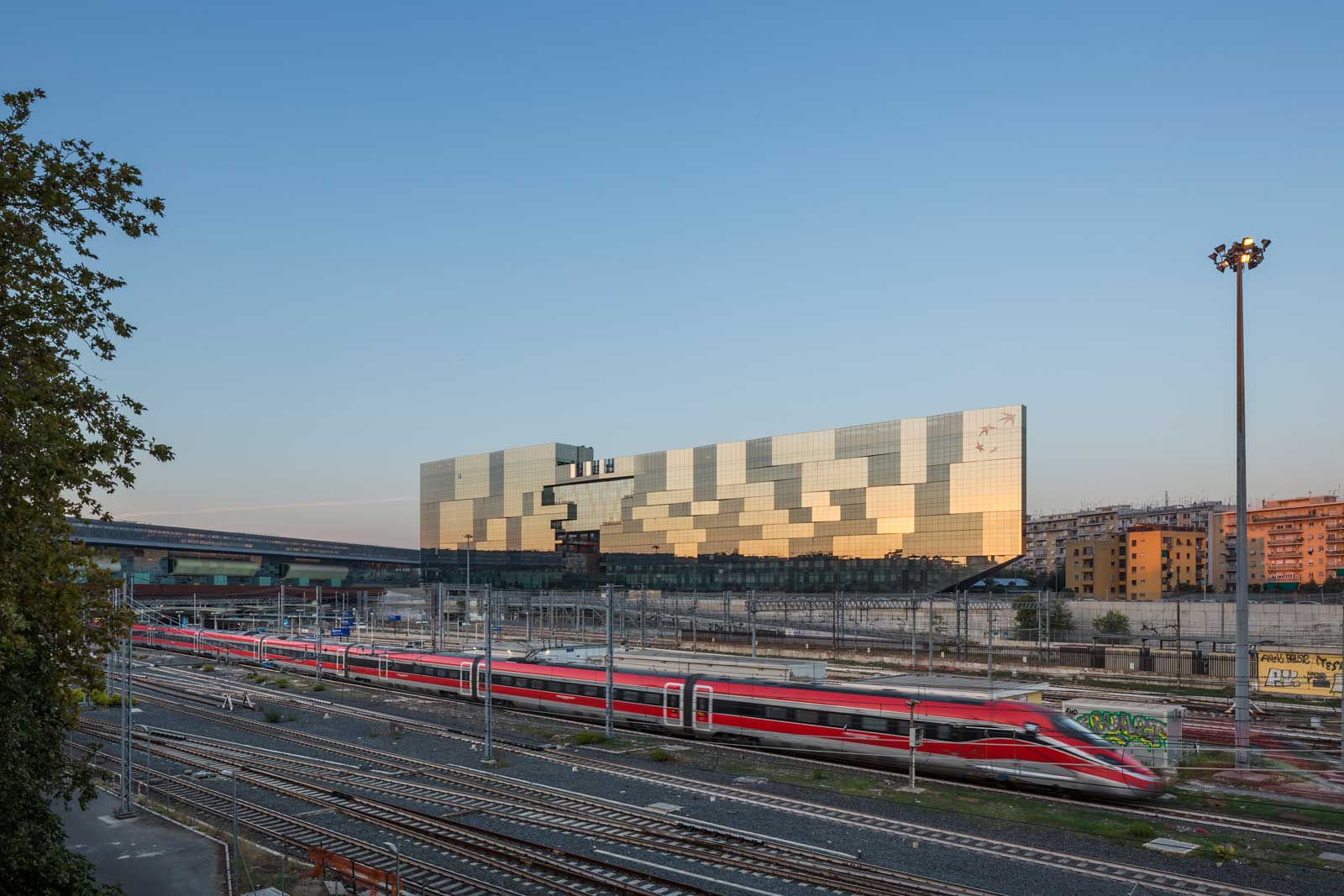 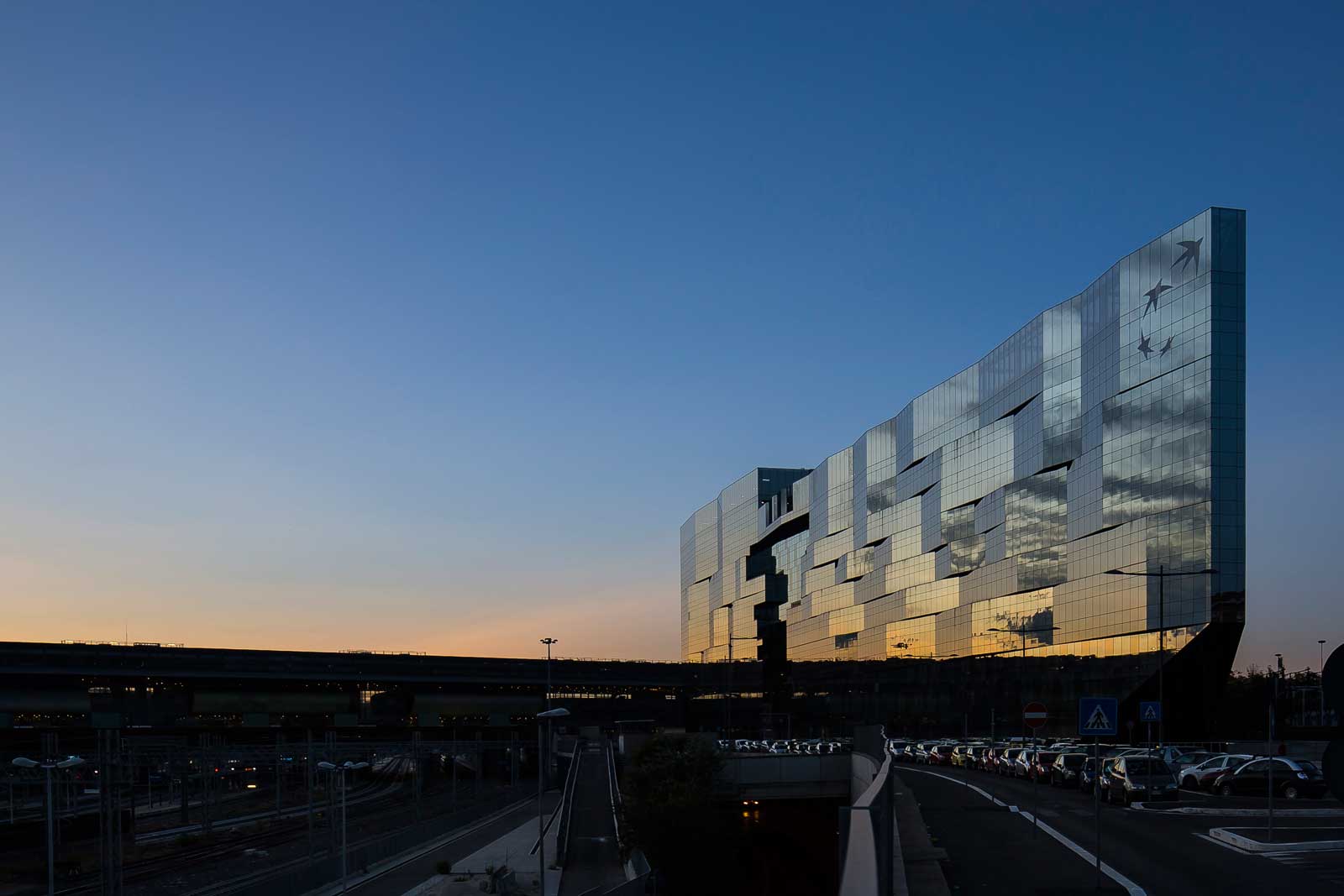 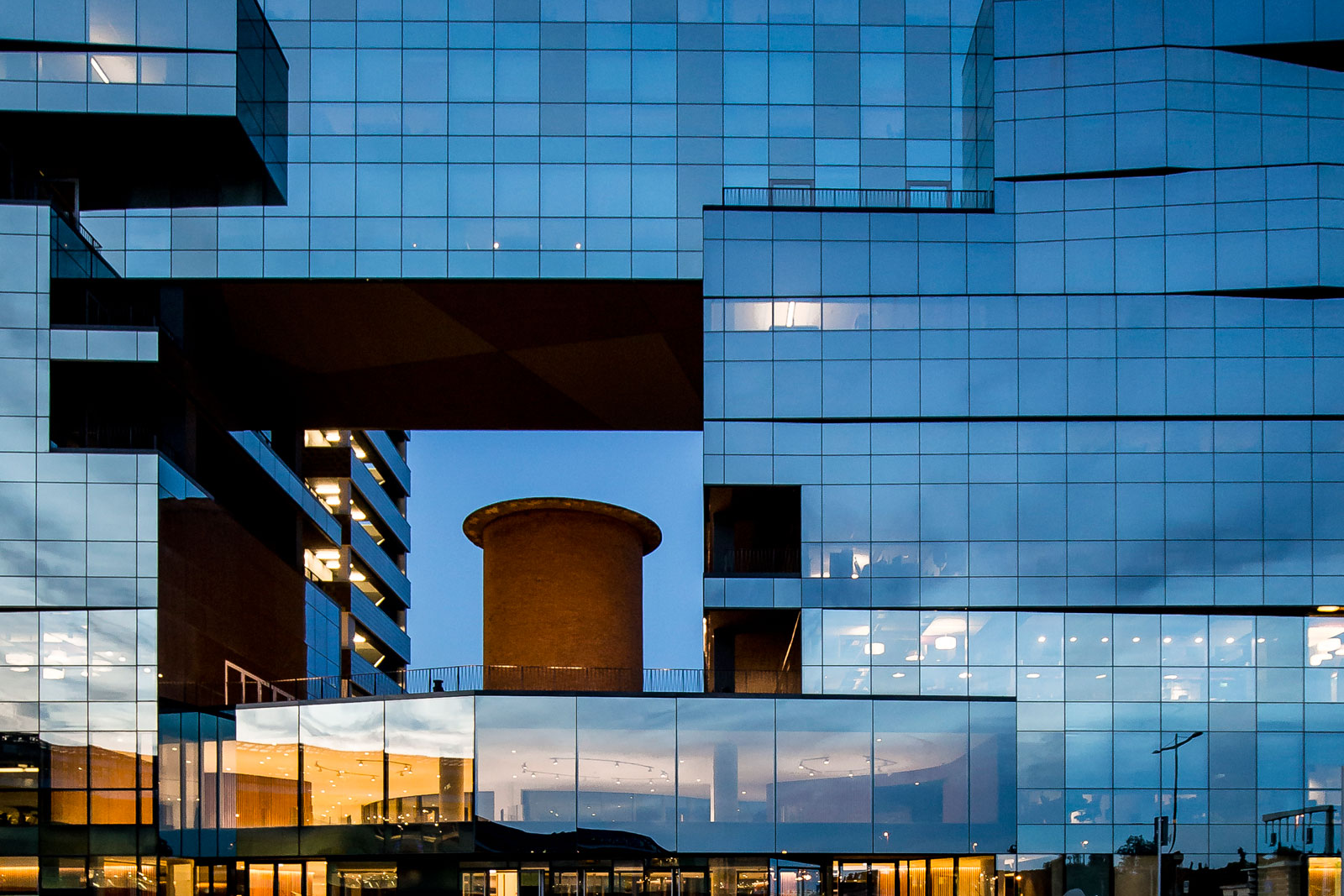 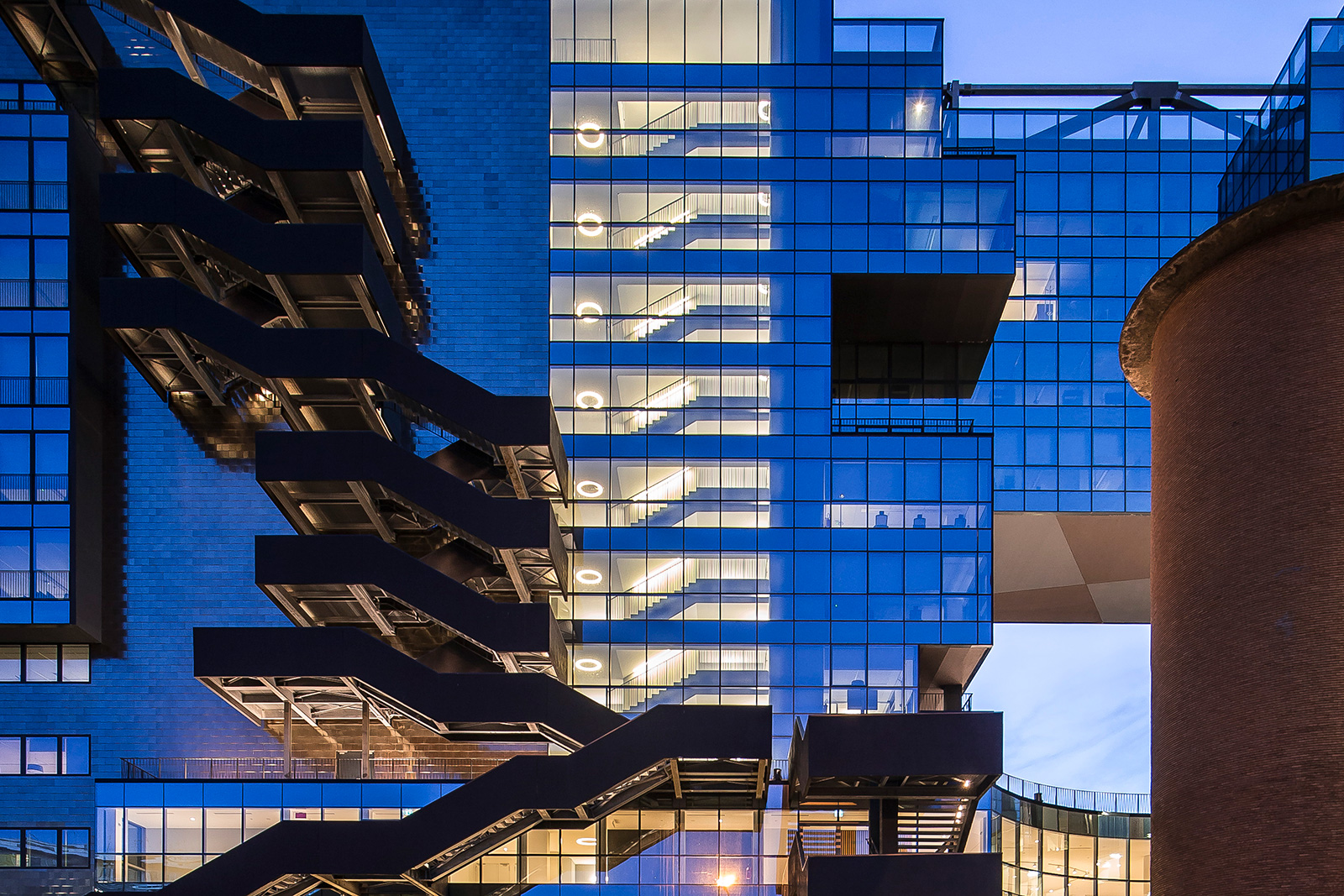 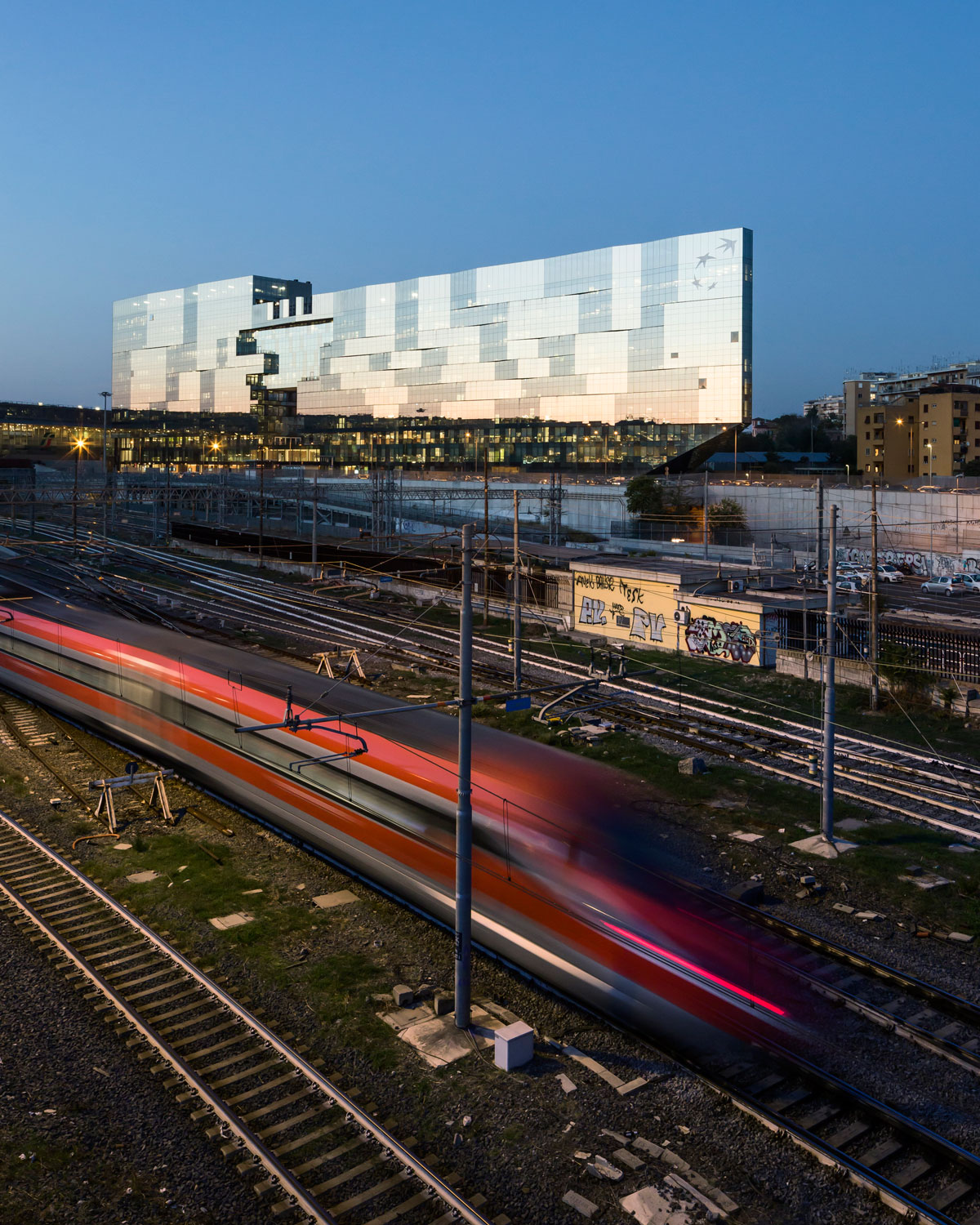 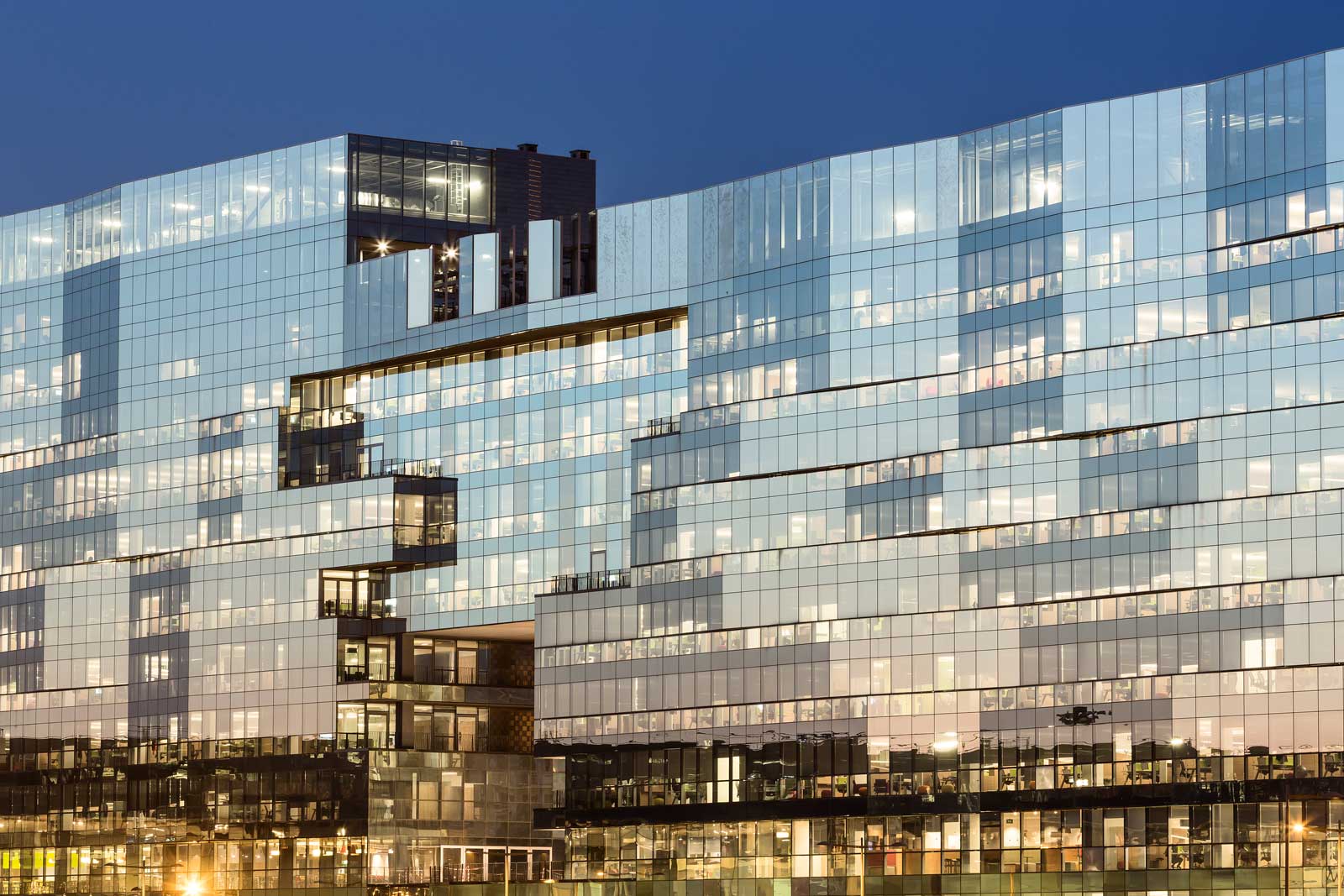 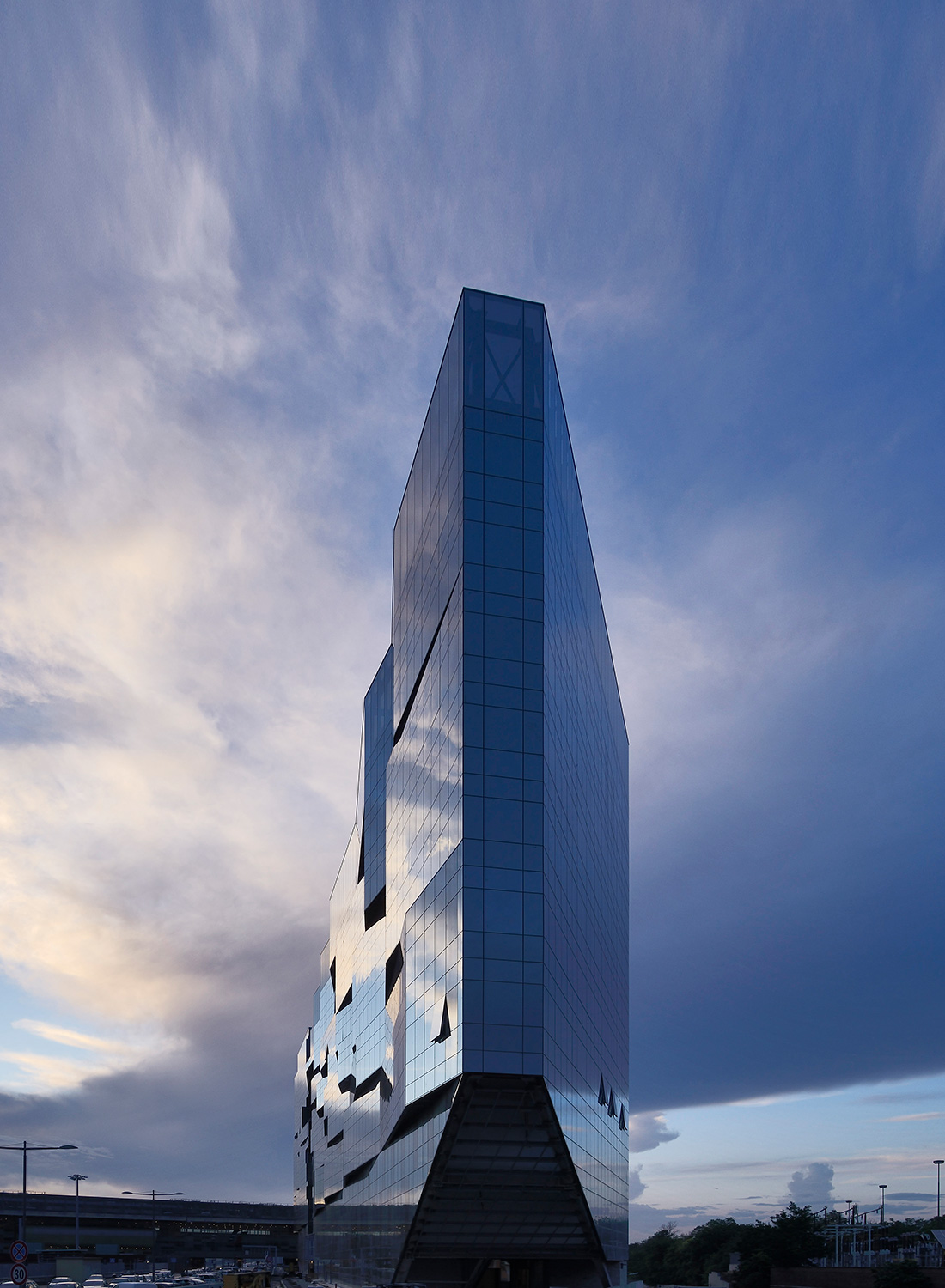 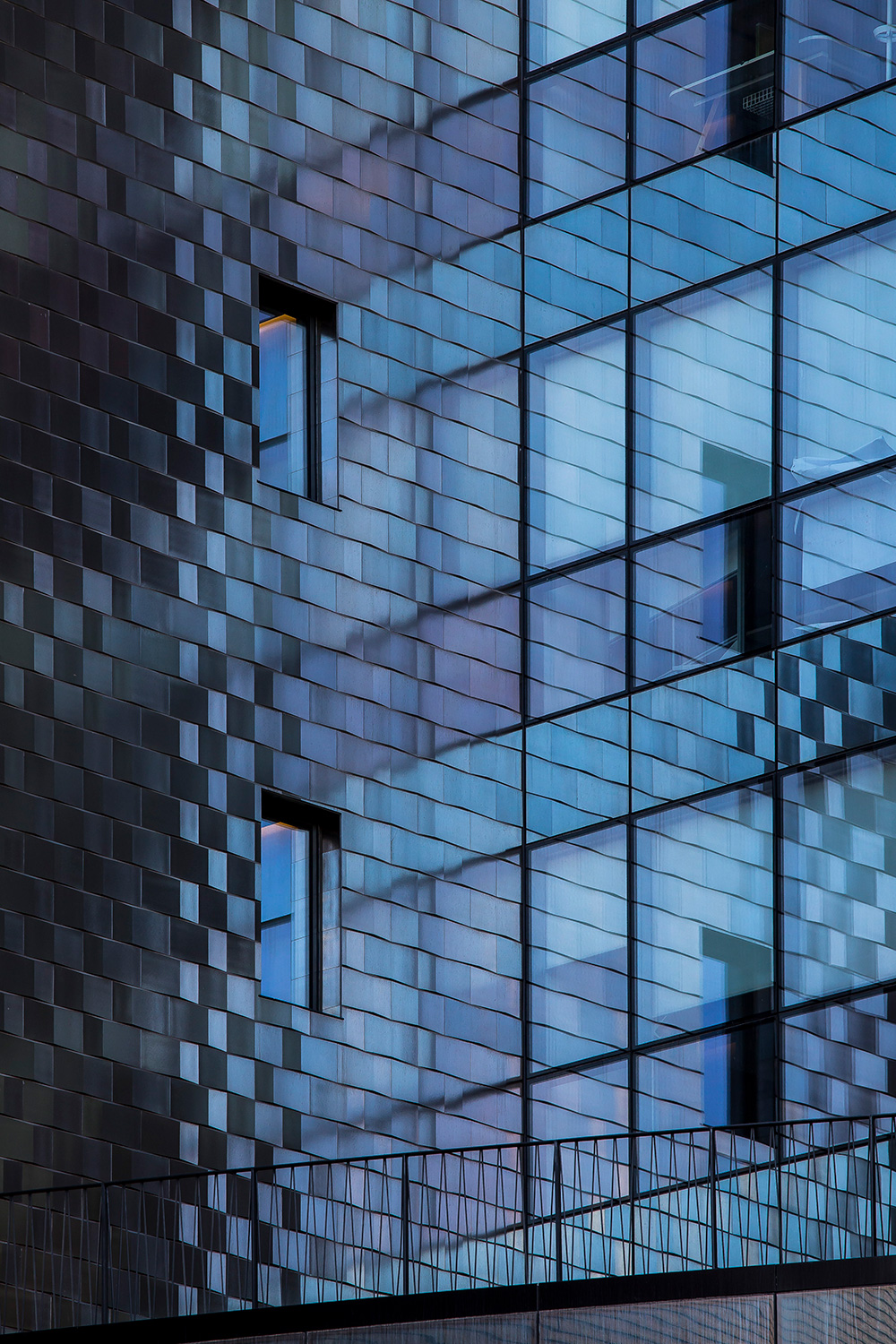 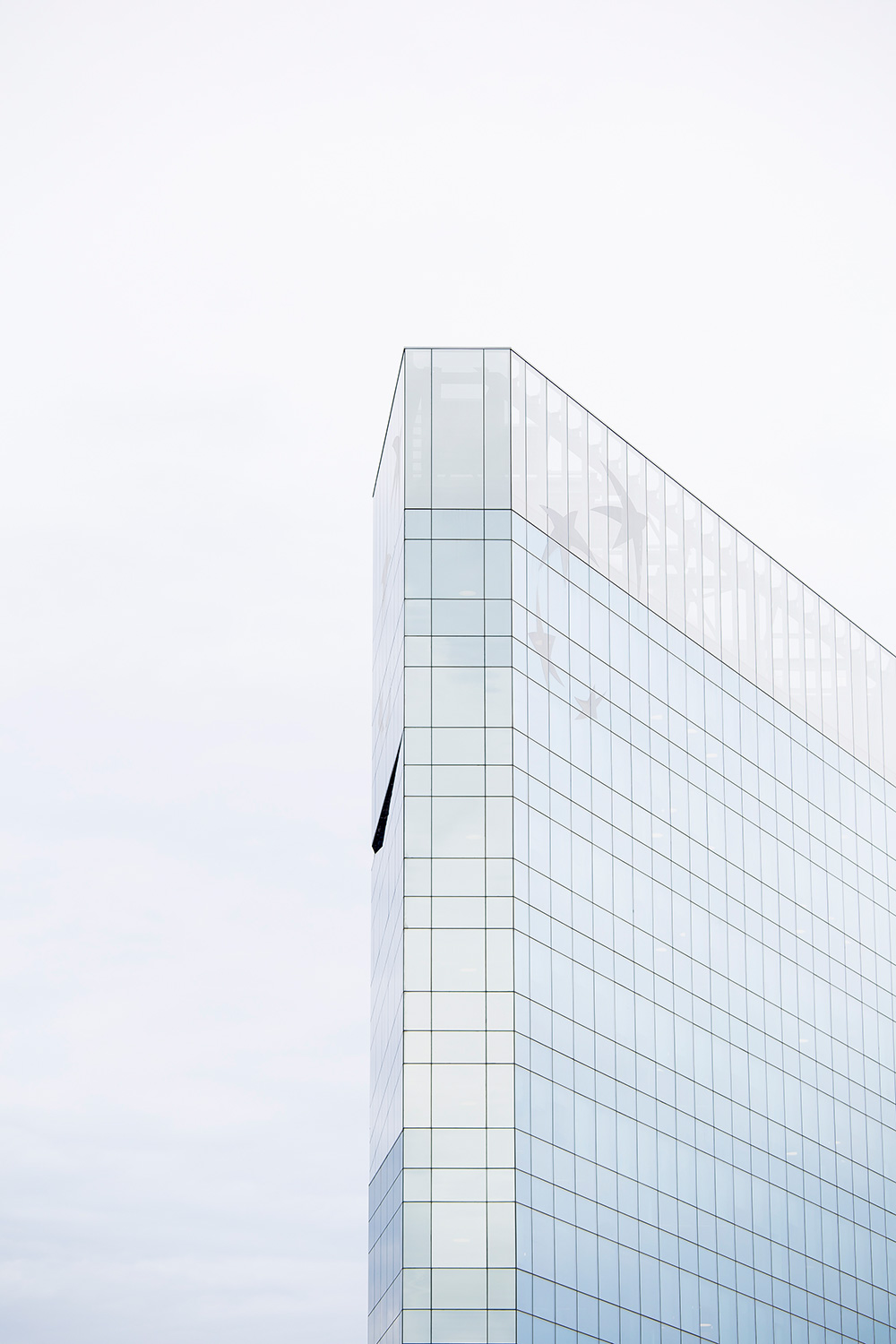 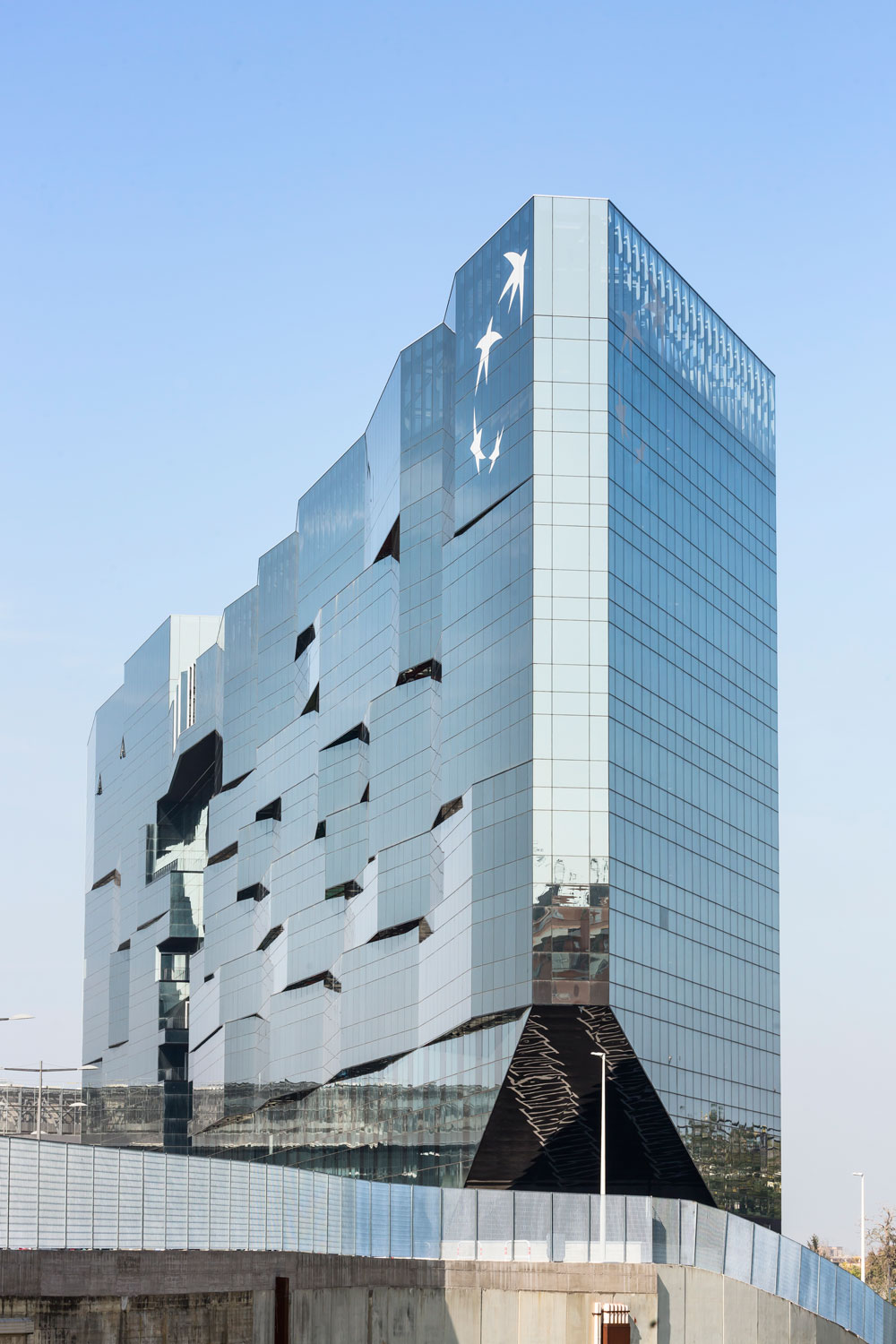 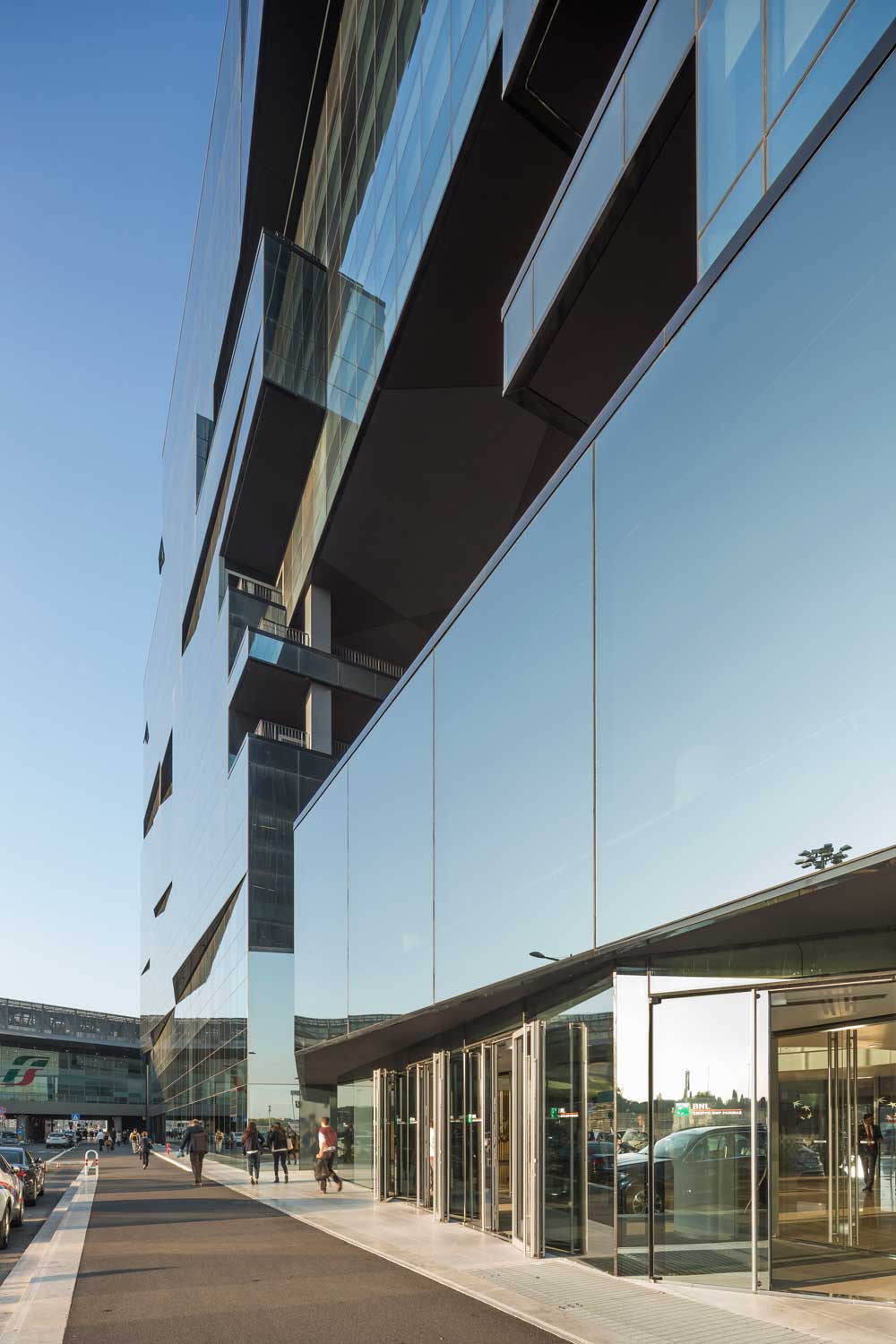 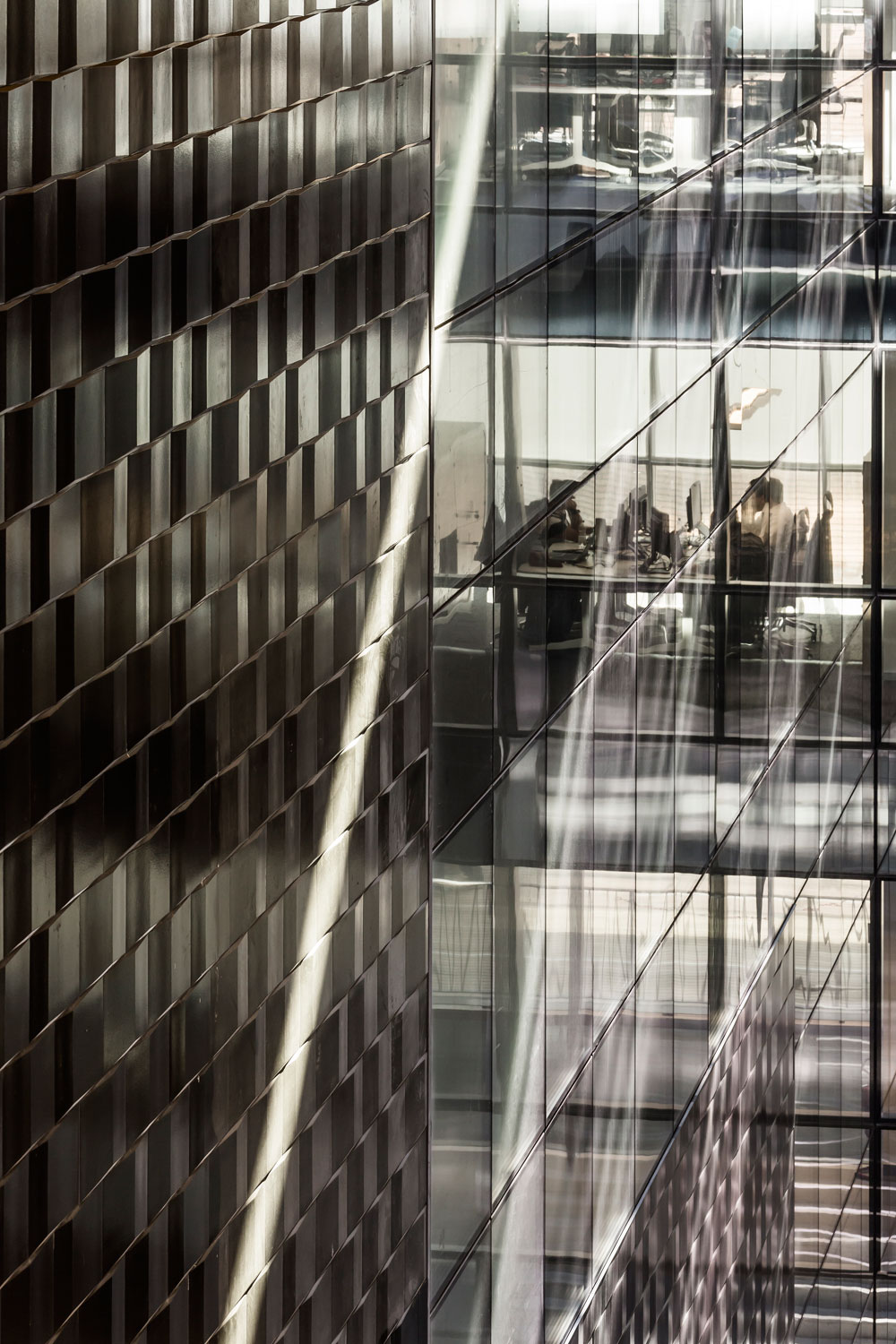 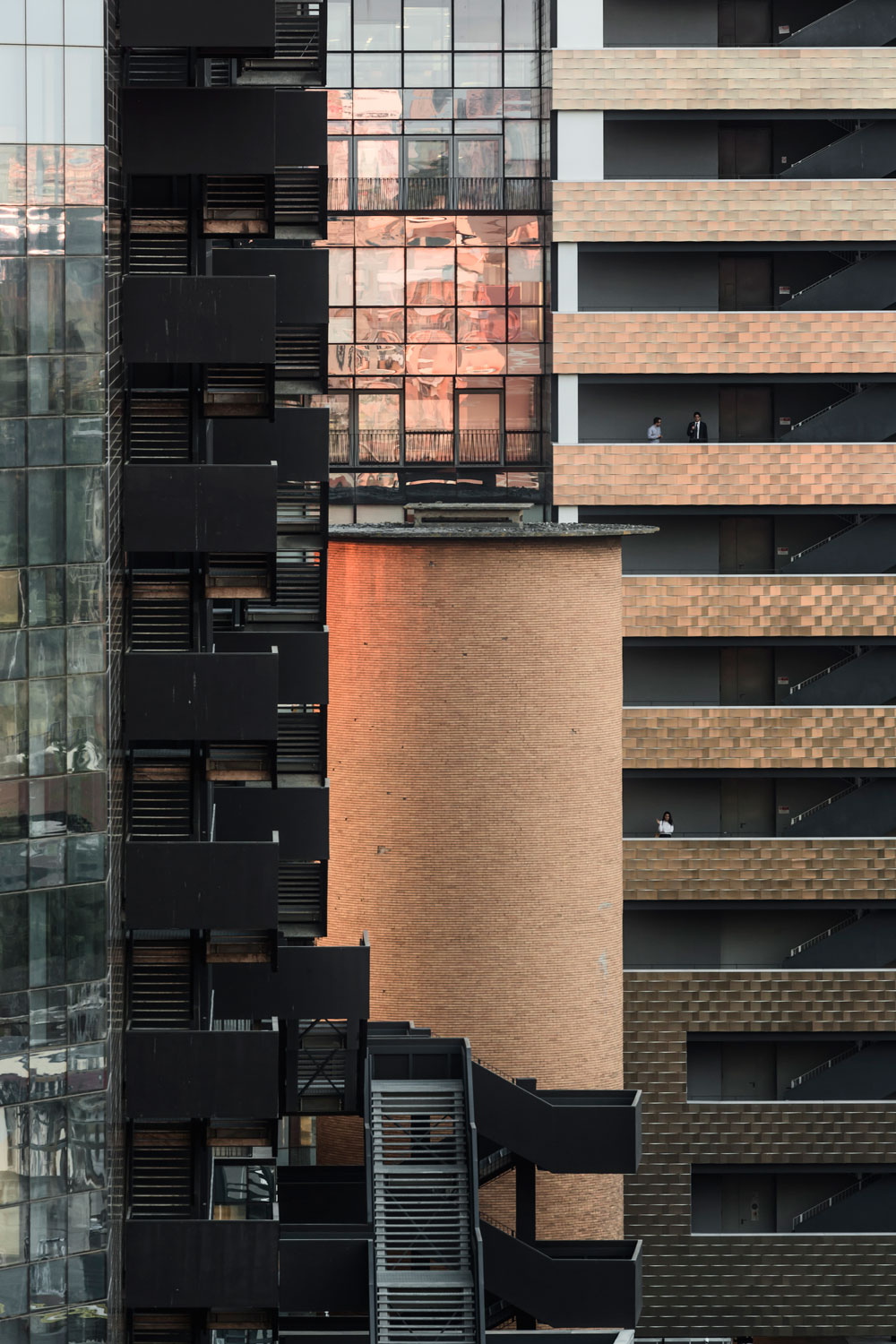 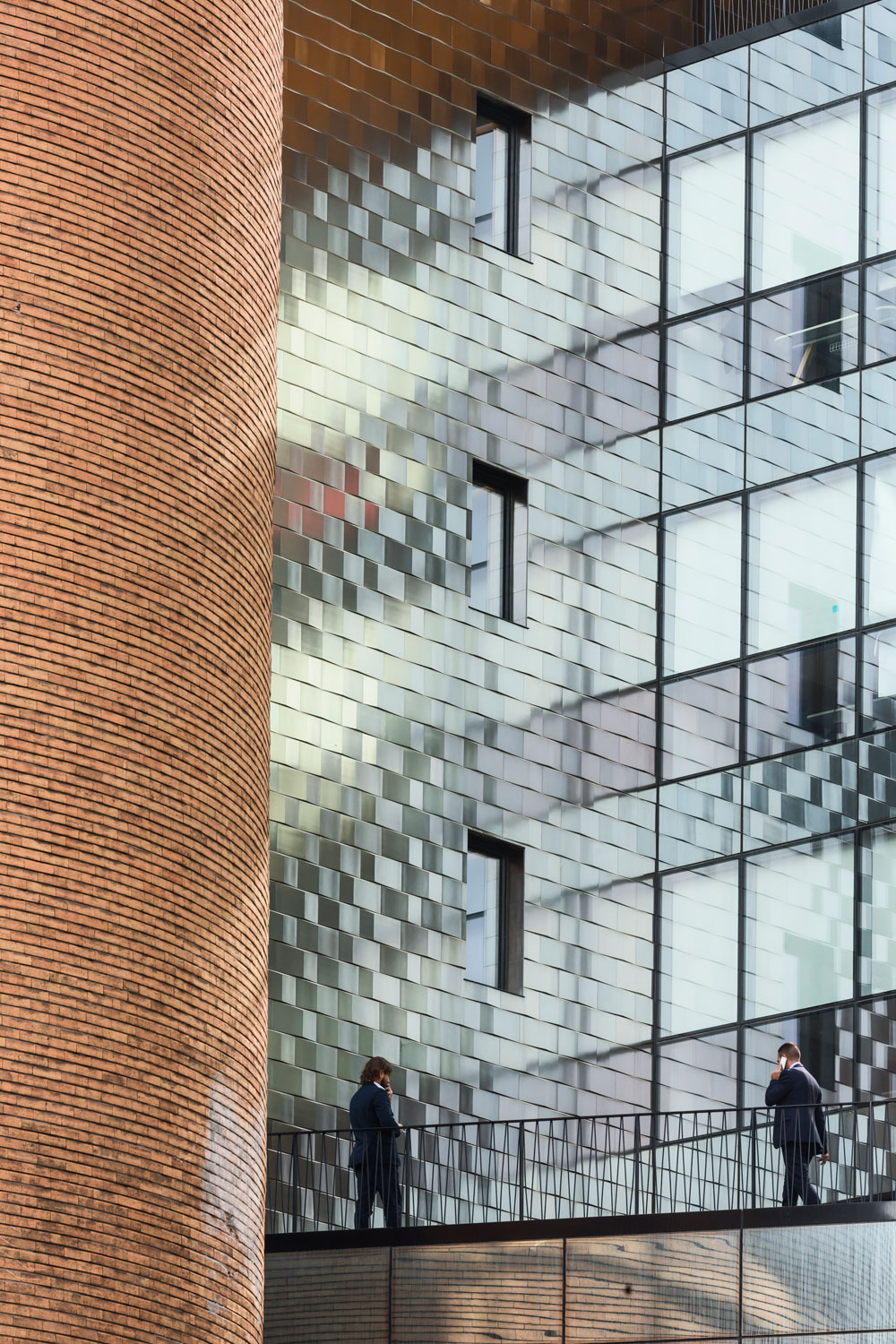 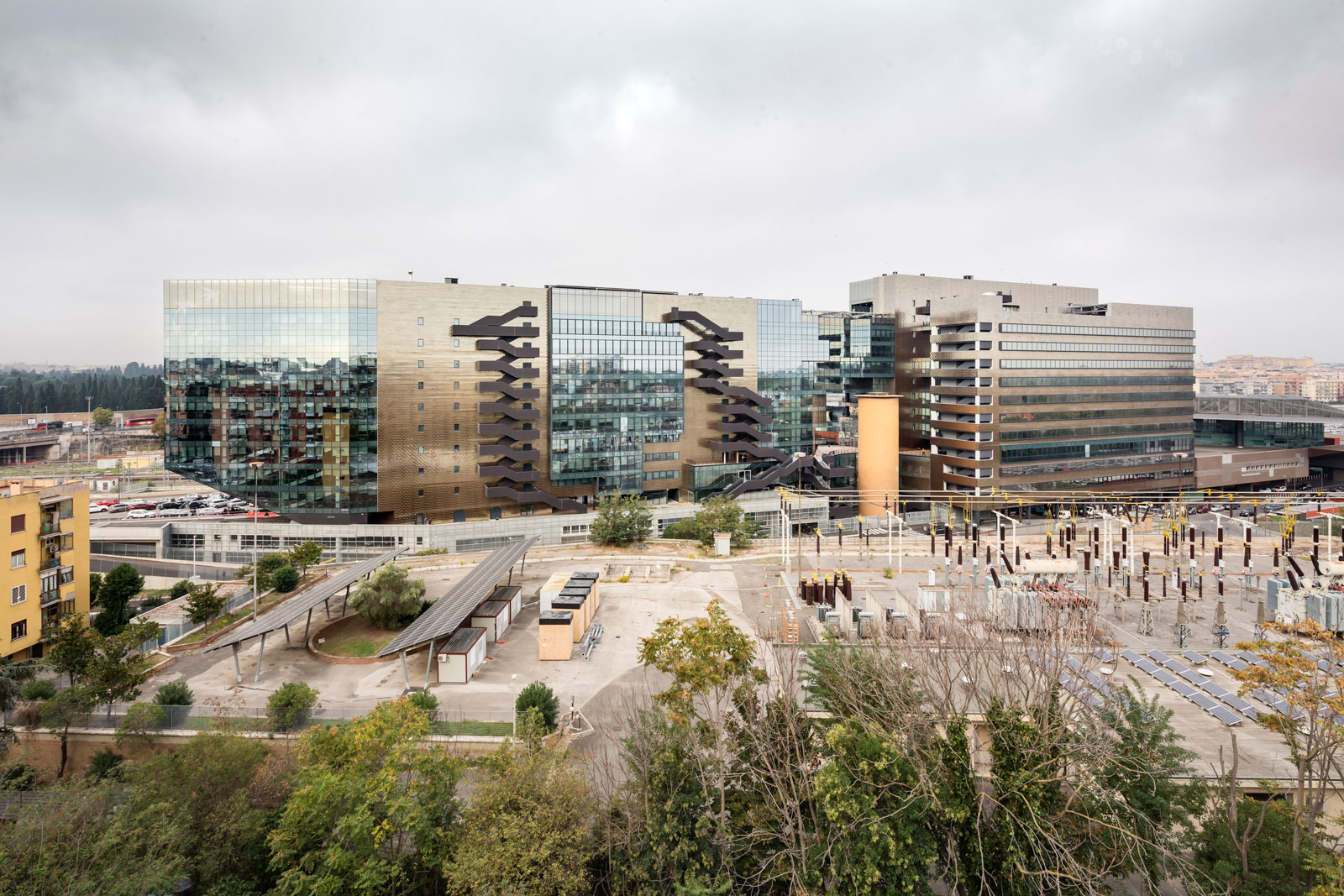 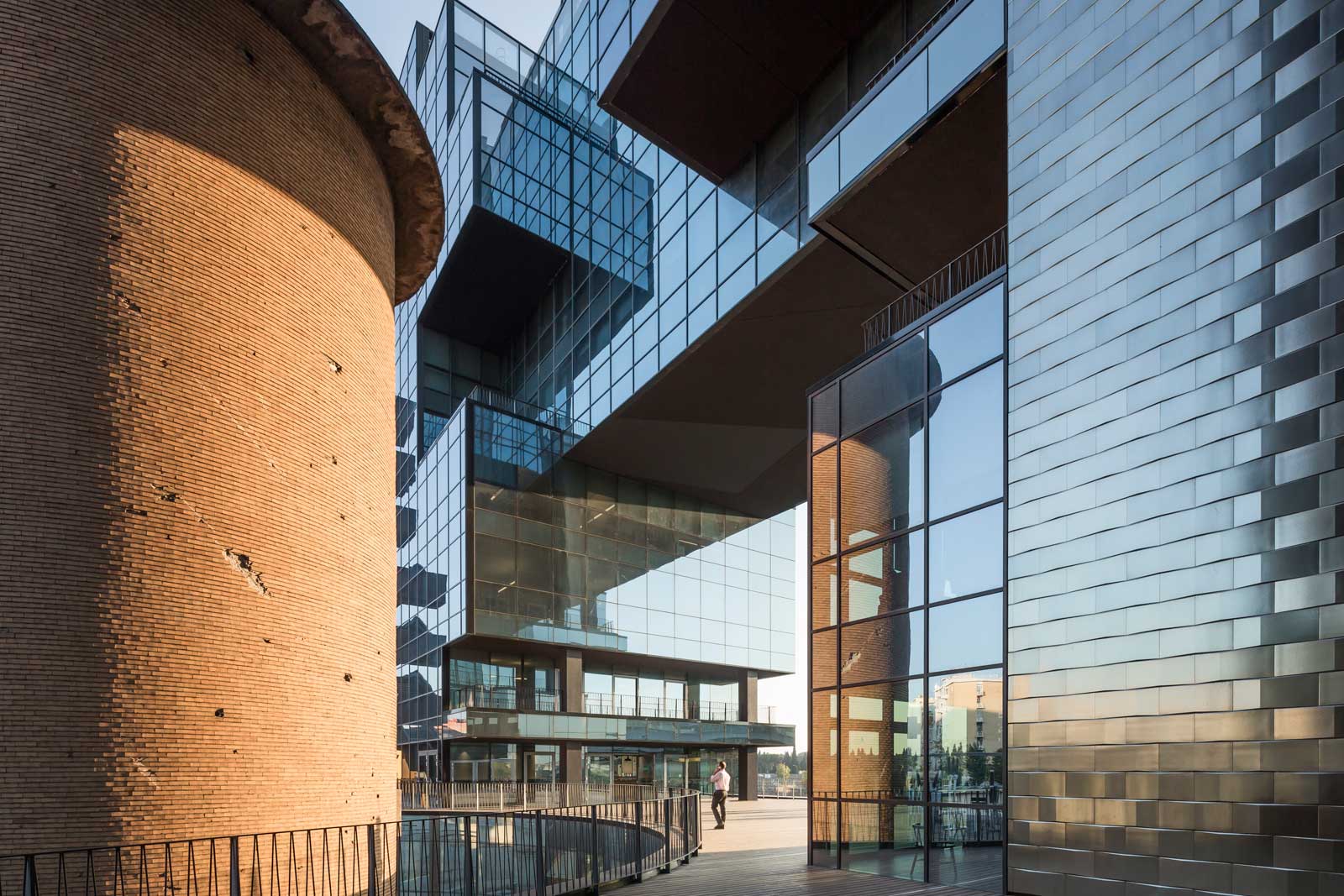 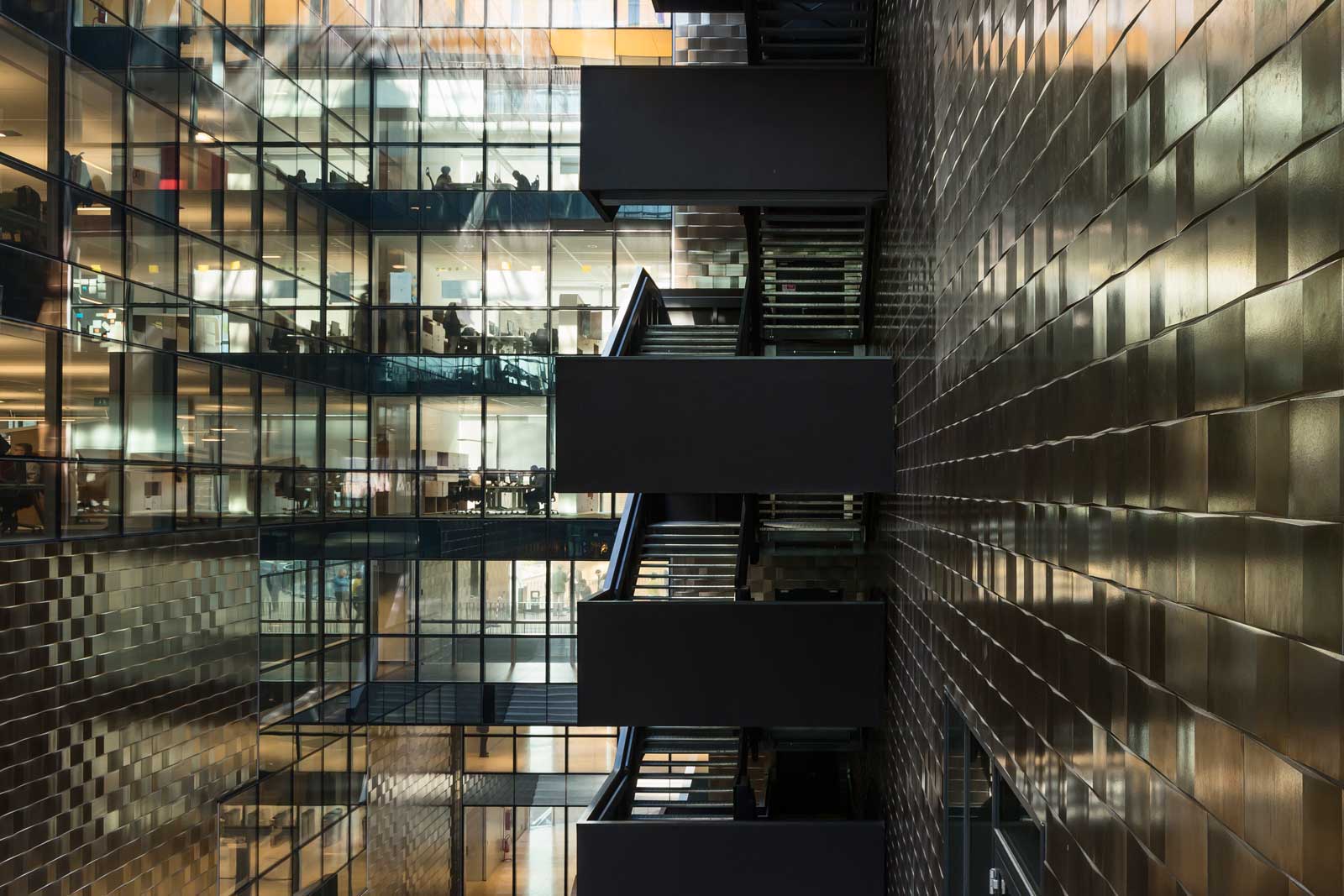 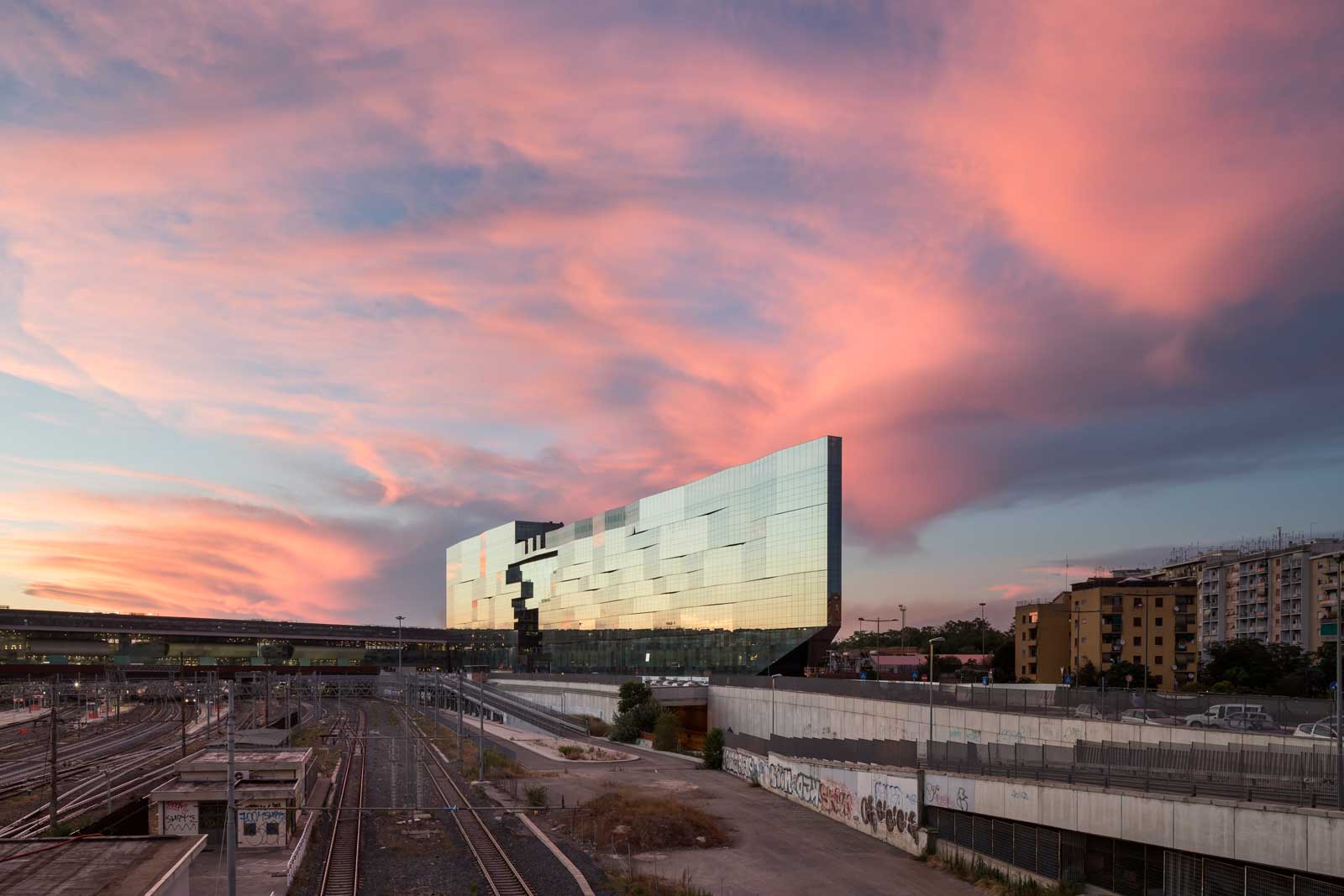 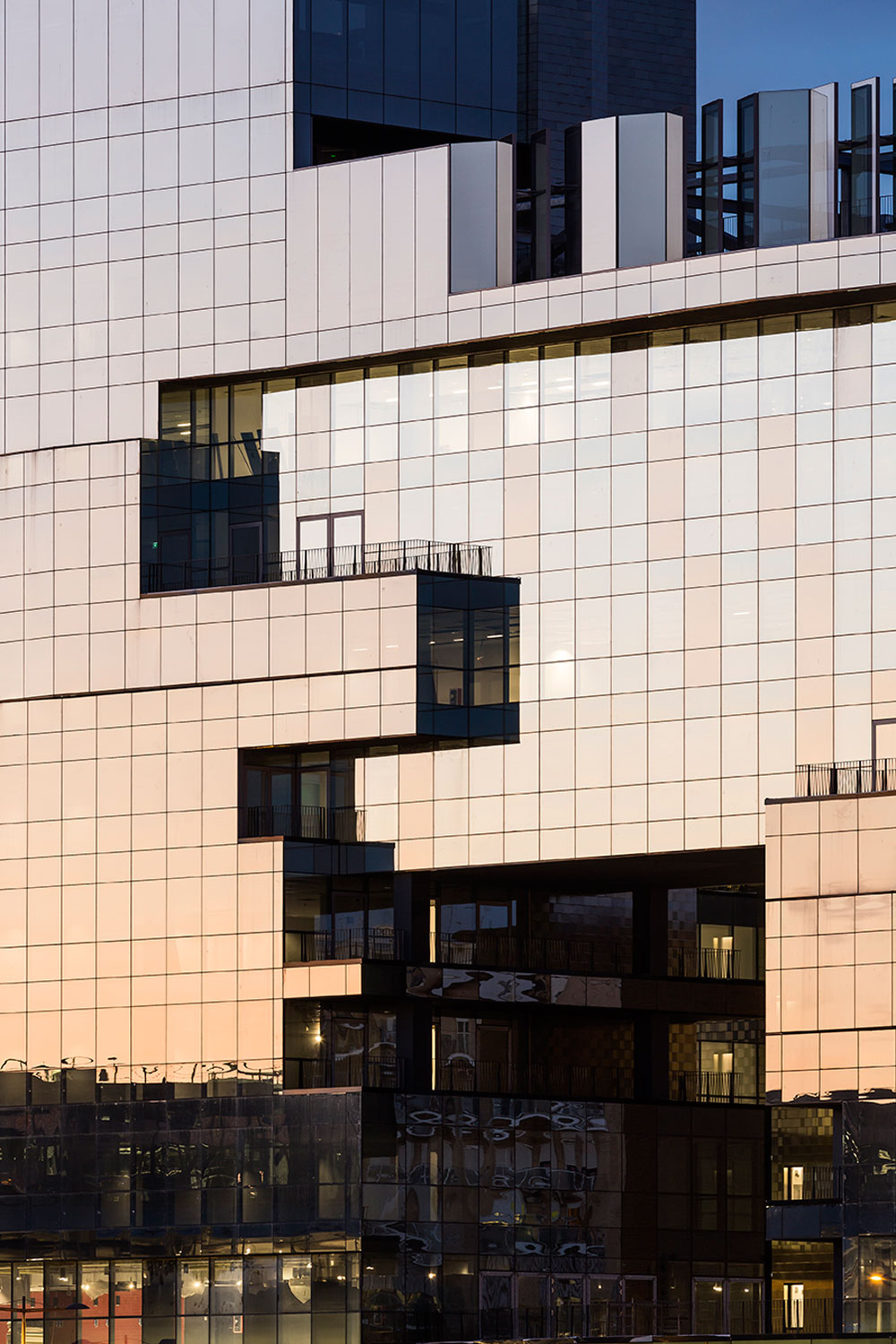 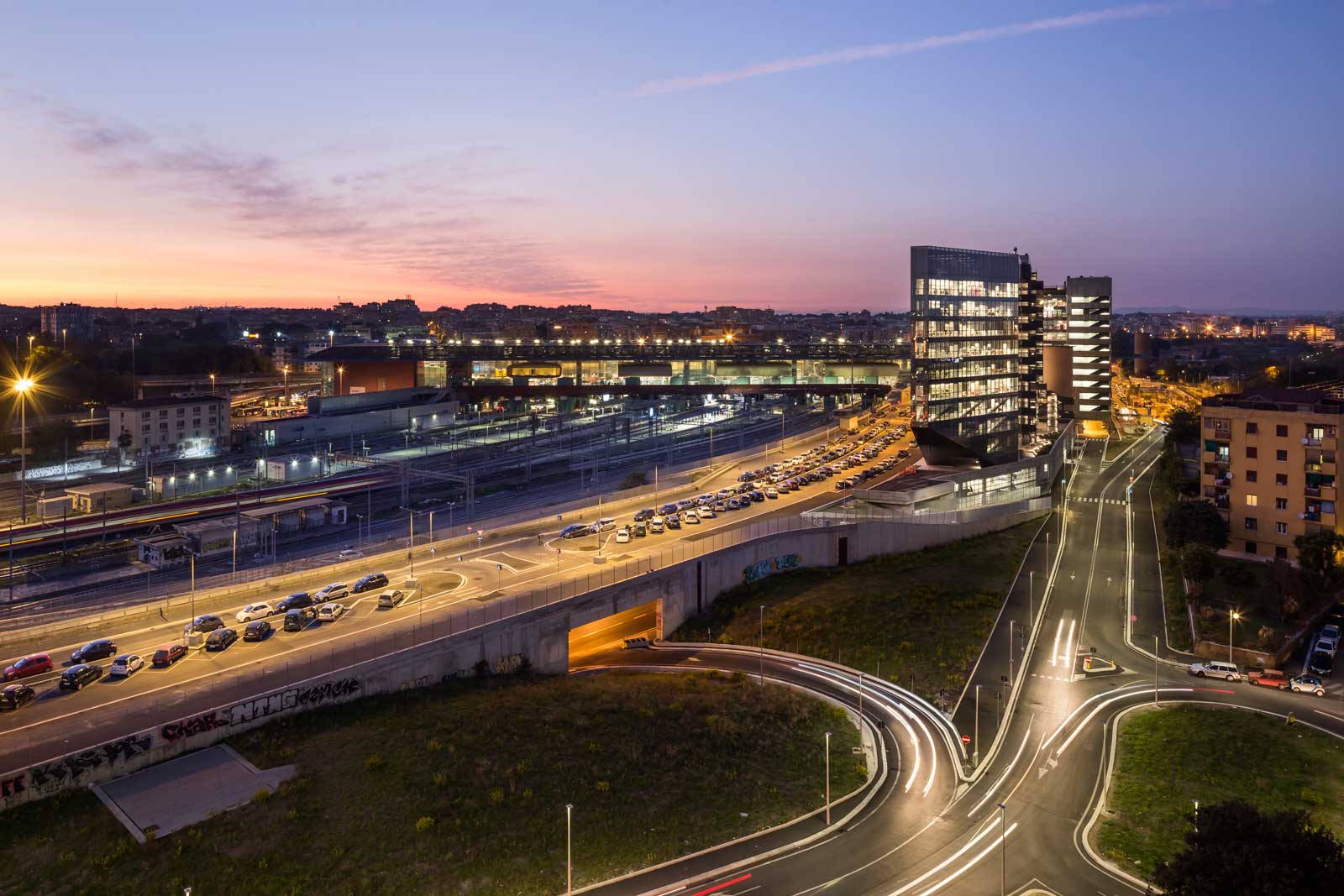 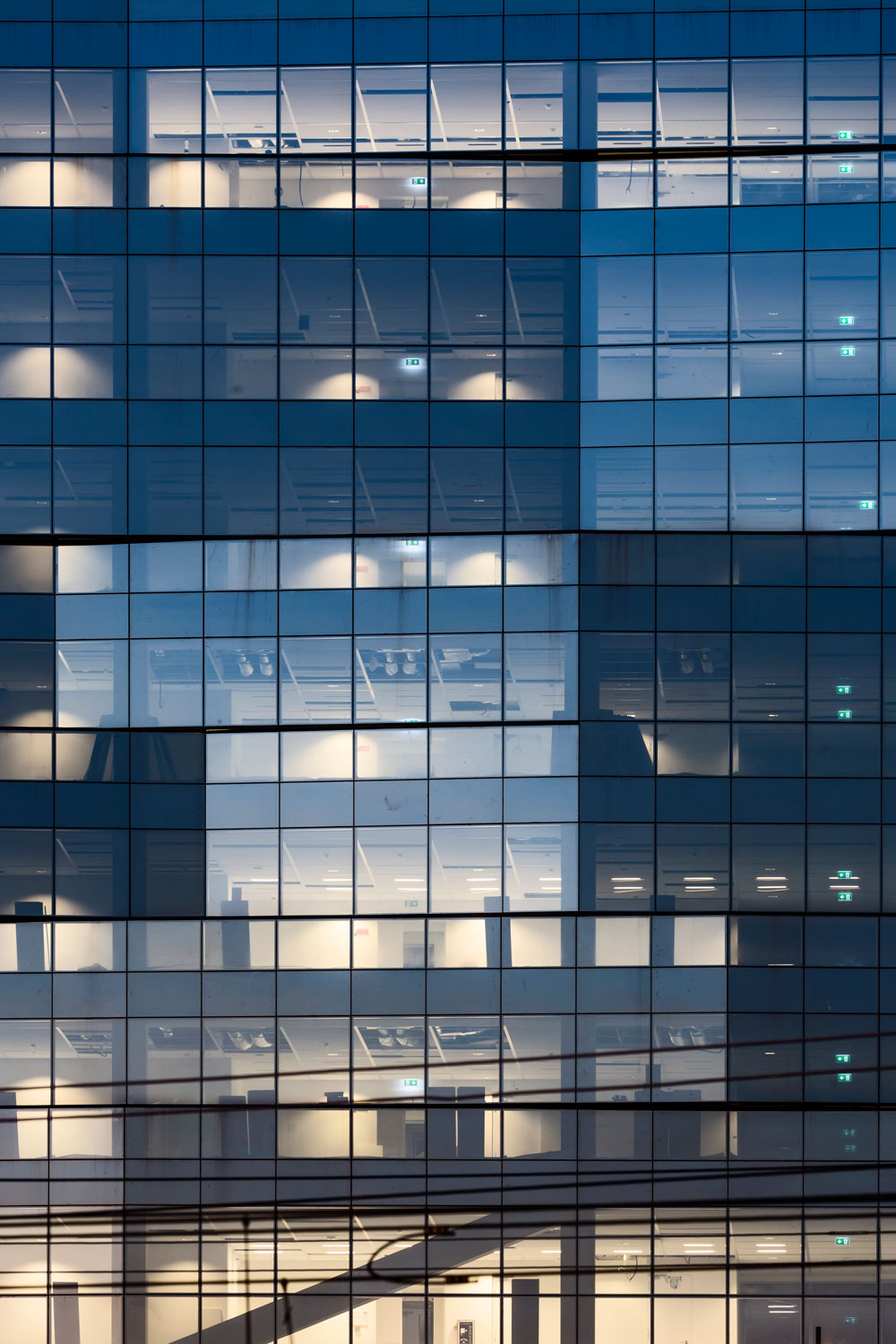 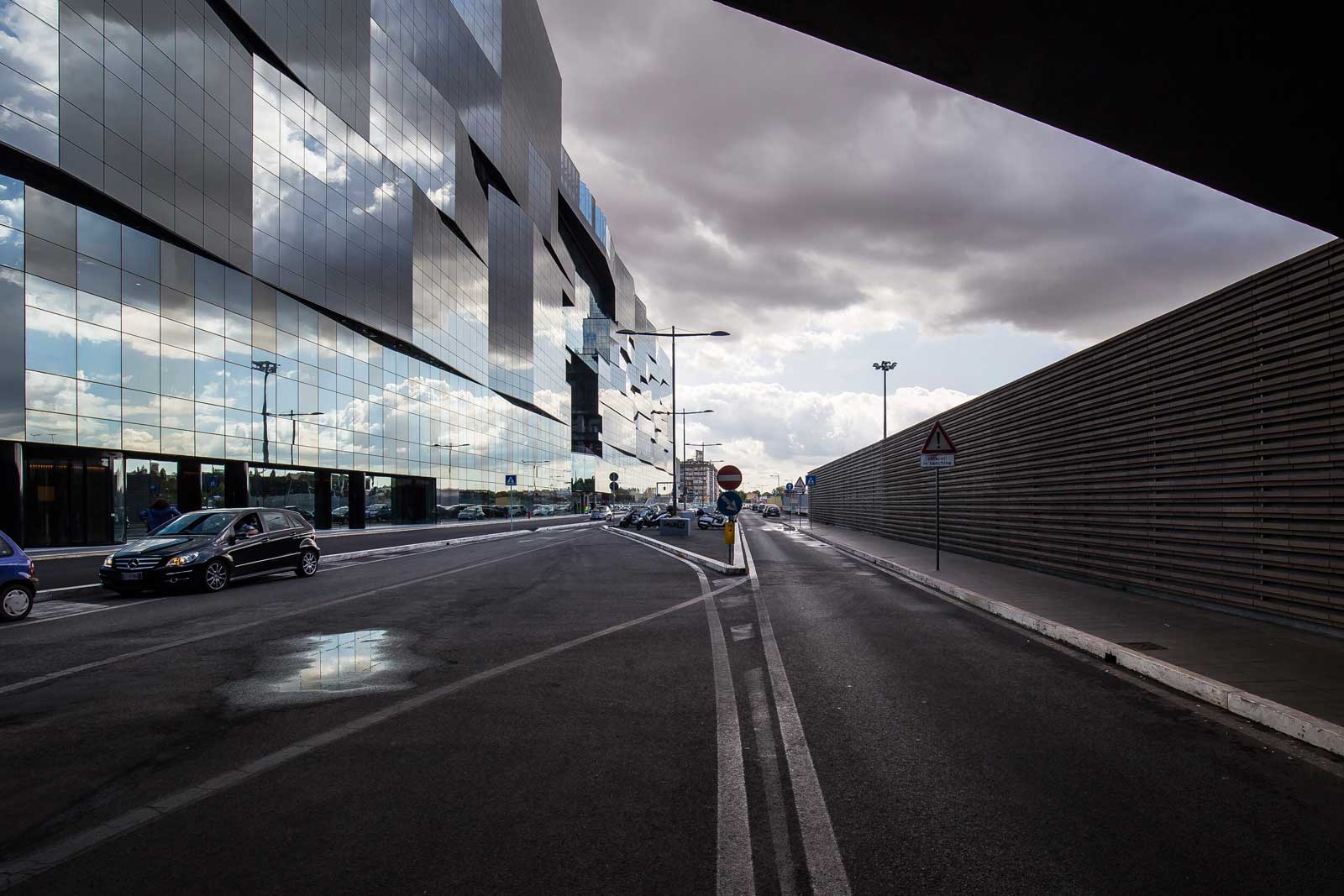 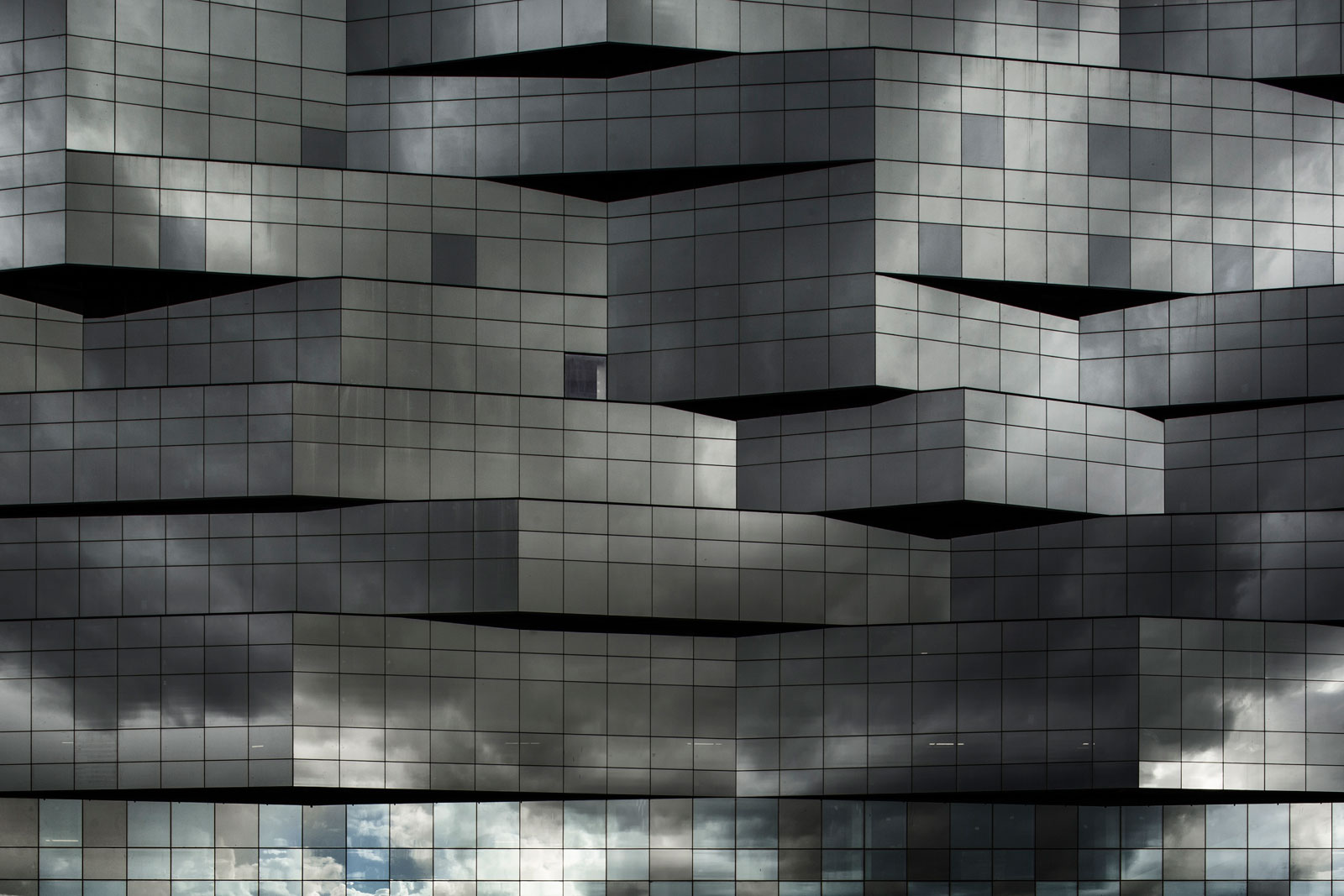 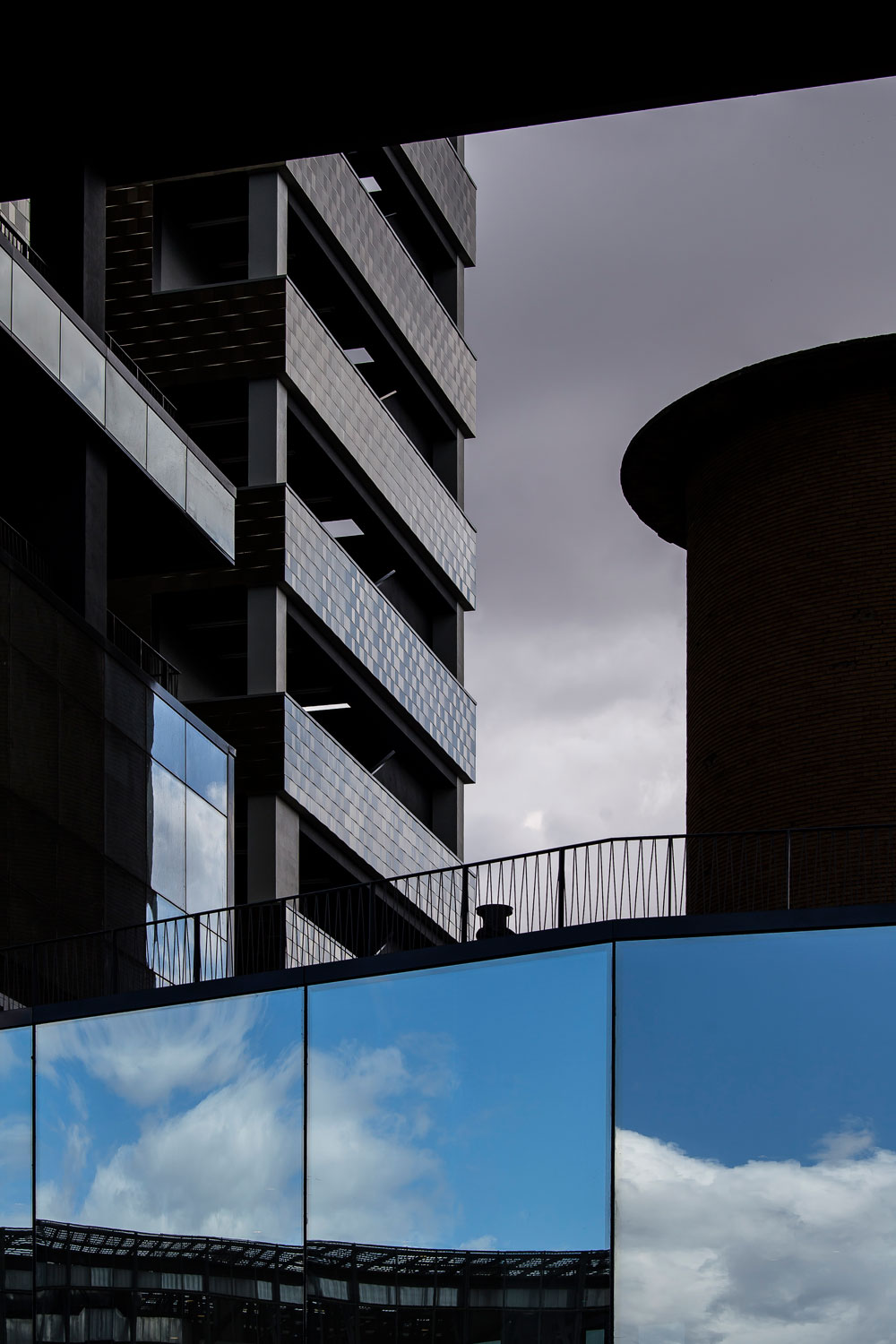 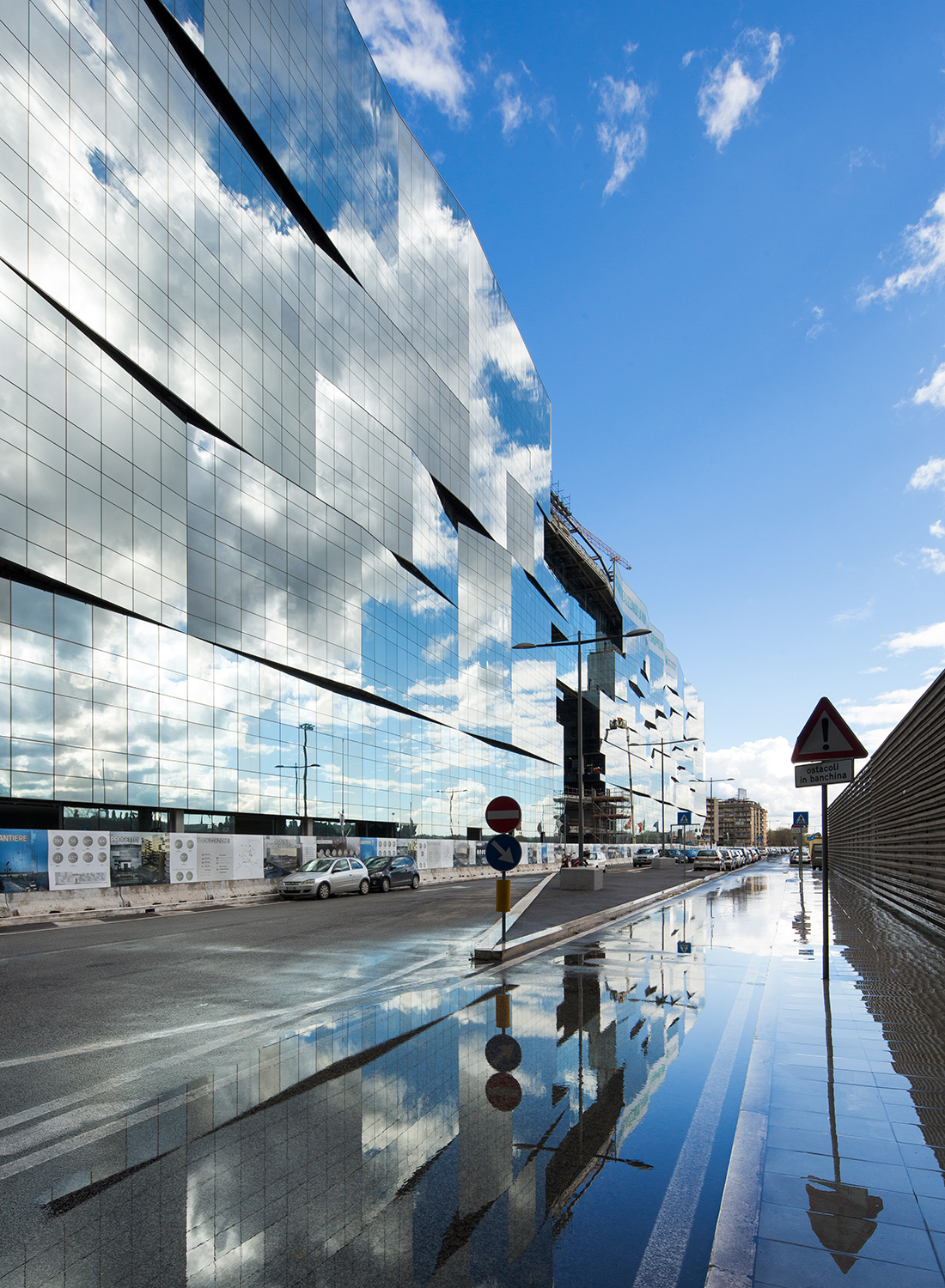 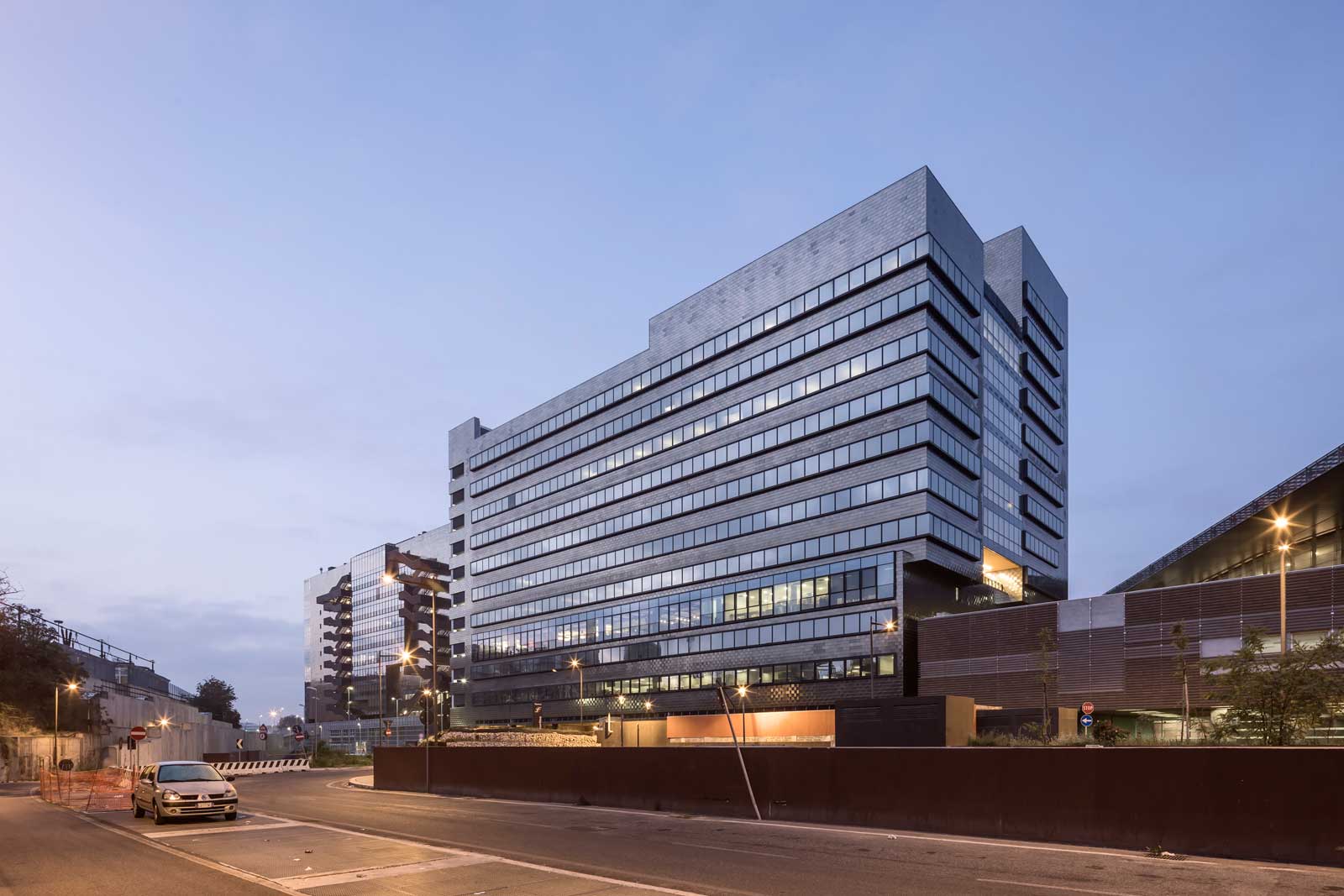 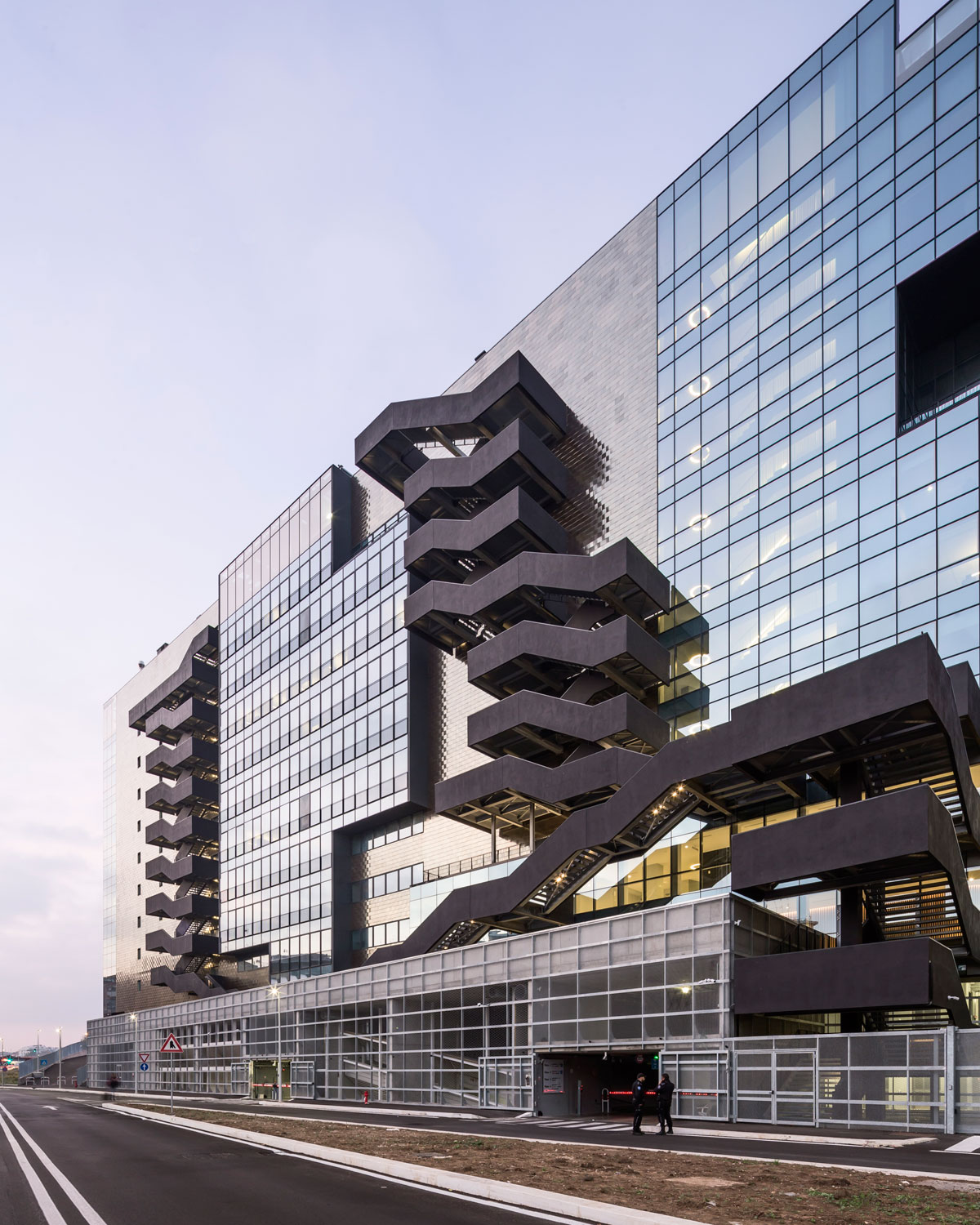 The building comes formally to take on a symbolic value that is found in the following characteristics that defi ne its “body”: the floor plan, linear and gently warped to the west through the writing of a variable sequence of broken lines; the choice of not wanting to create a “front and back” but a compositional score capable of creating amazement and wonder at the “metamorphosis” of the building, which will always be perceived in a different way thanks its ability to react to the light at different times of day on differentdays of the year; the articulation of its functions, composed according to a principle of horizontal stratifi cation, in a classic sequence of base; (“collective” functions or, better, that interface with the public), elevation (the predominant functions/ offi ces), the crown (the unexpected and unique space and its relationship with the sky);
the entrance hall, highlighted according to a horizontal and vertical relationship thanks to the identifi cation of a “unionseparation” that becomes a “transparency-terrace” for four levels and reveals the Mazzoni water tank, an original and still intact element.