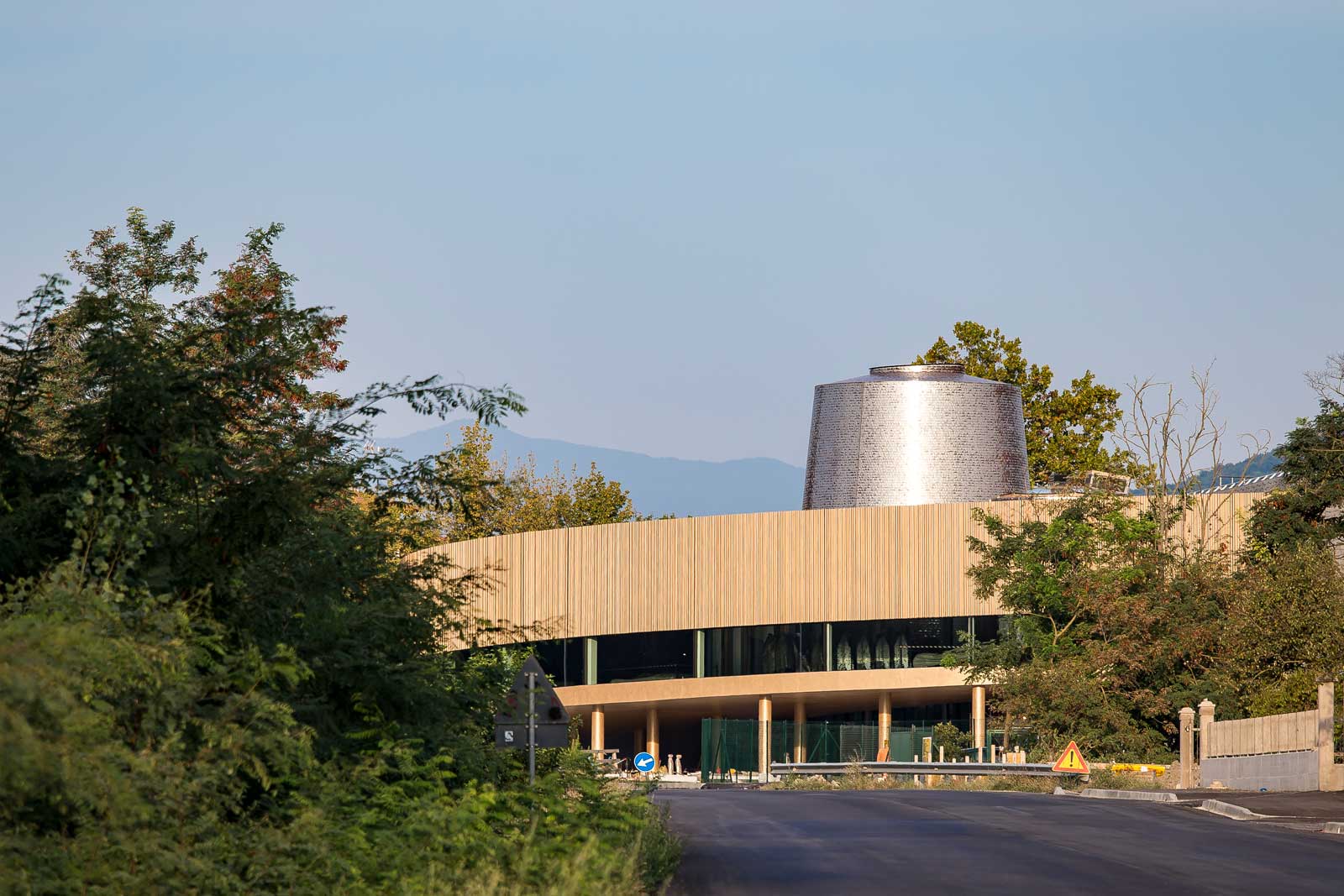 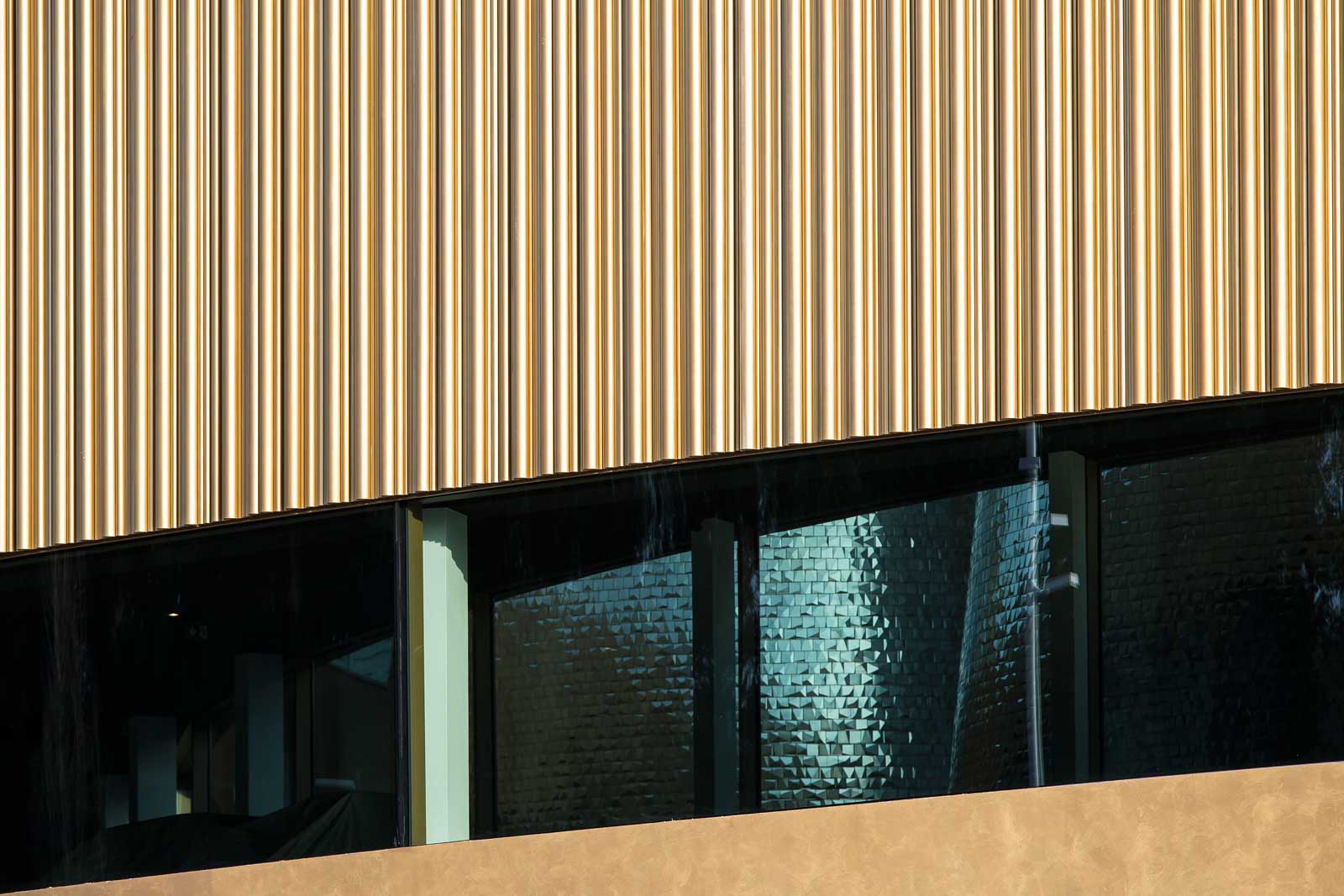 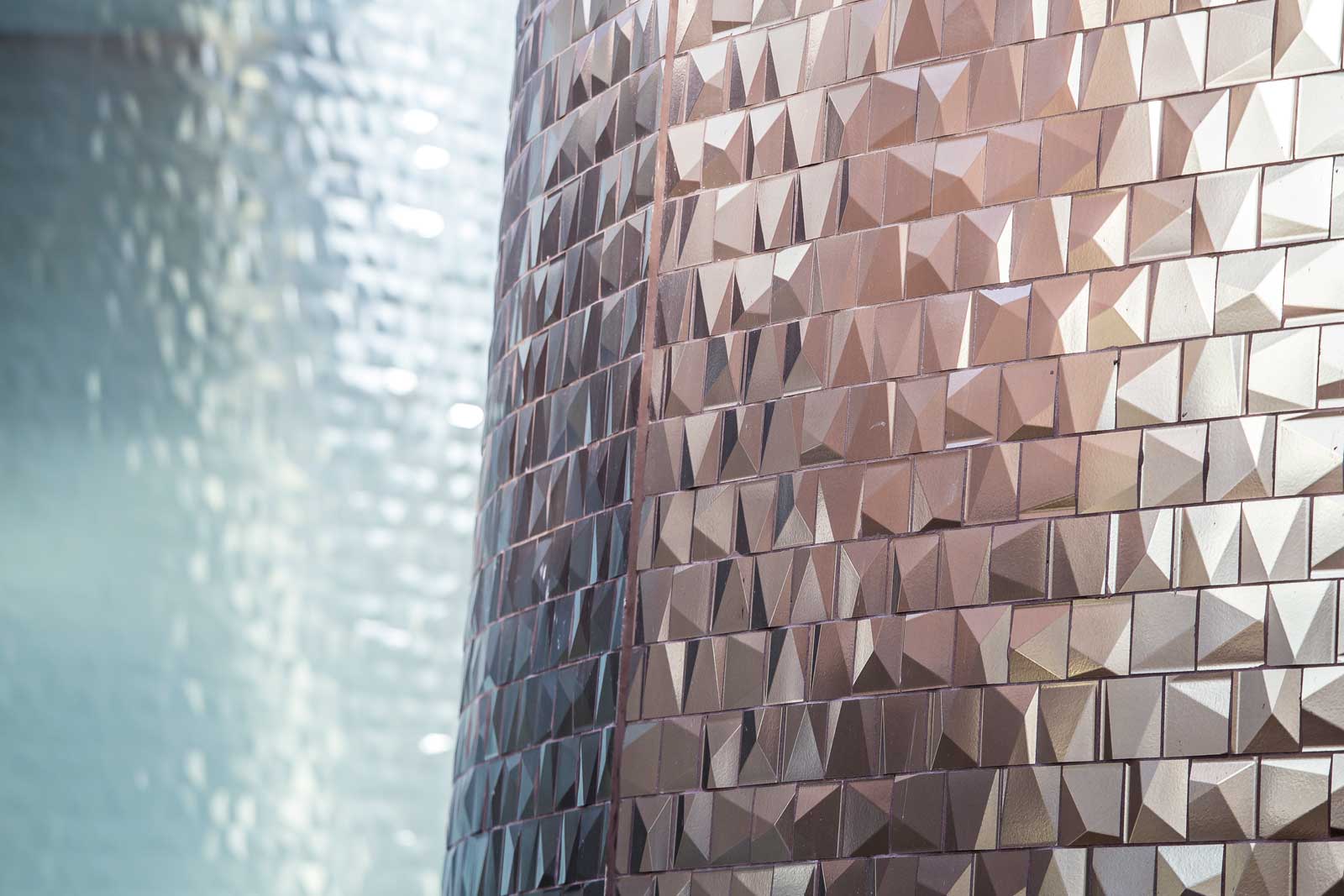 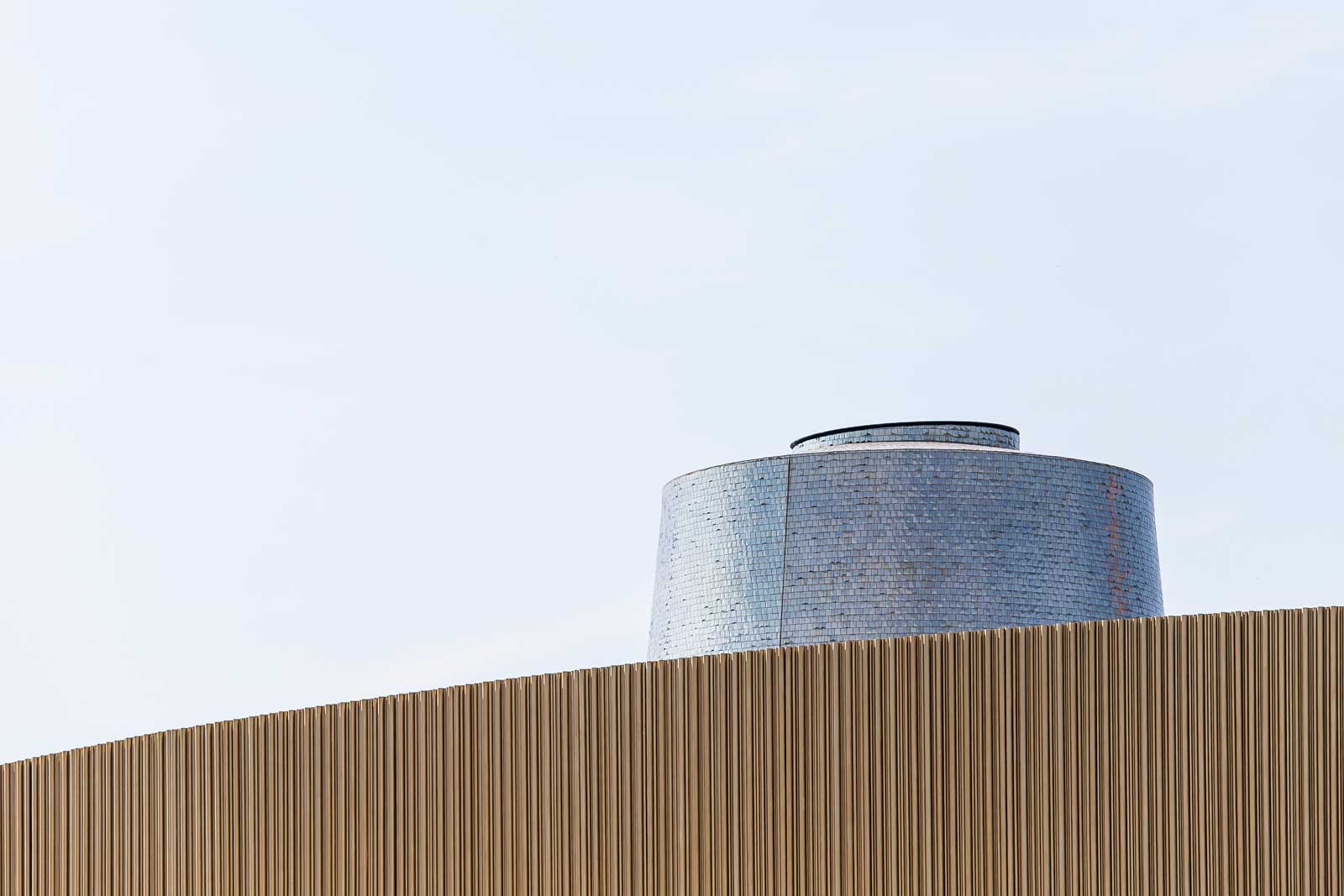 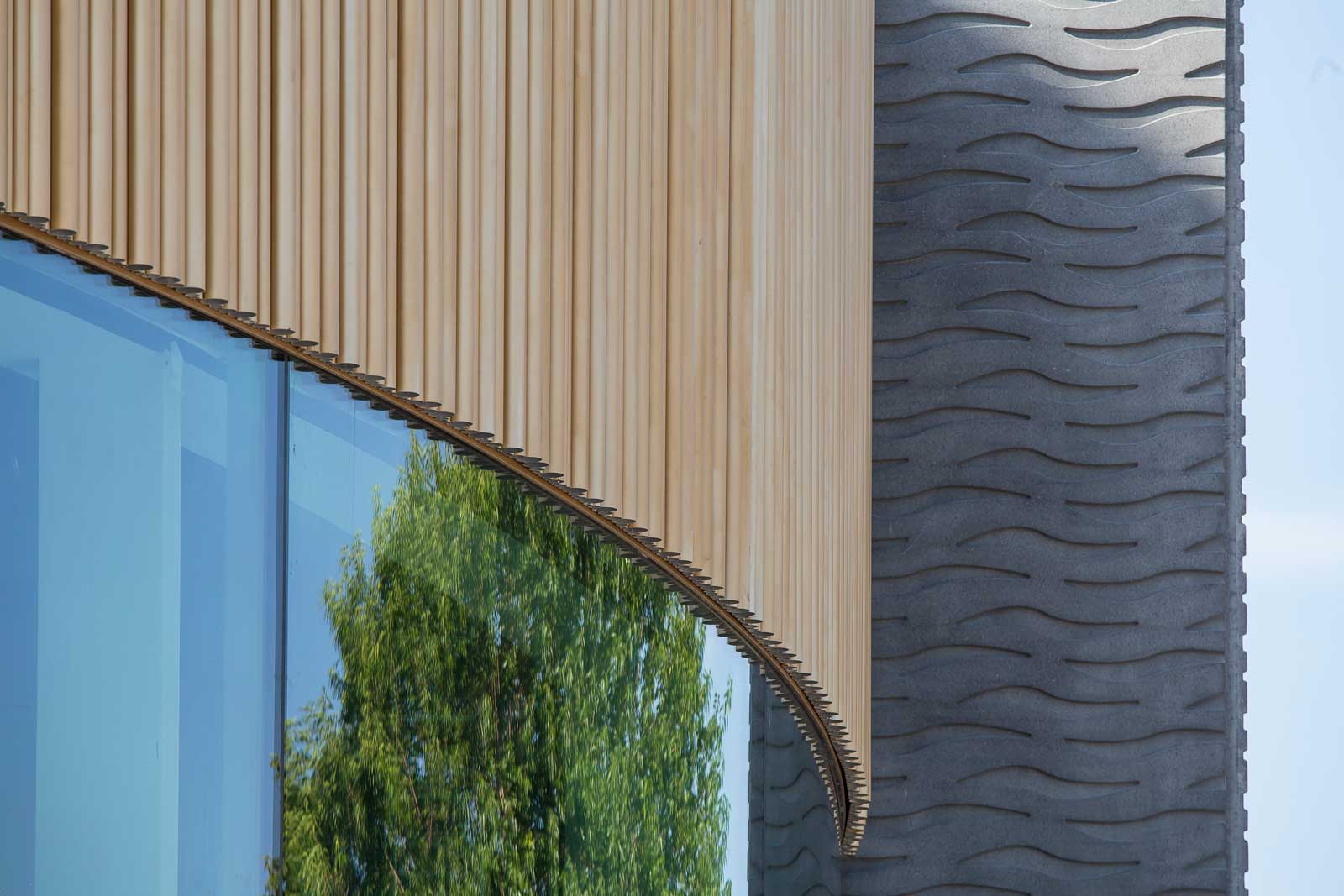 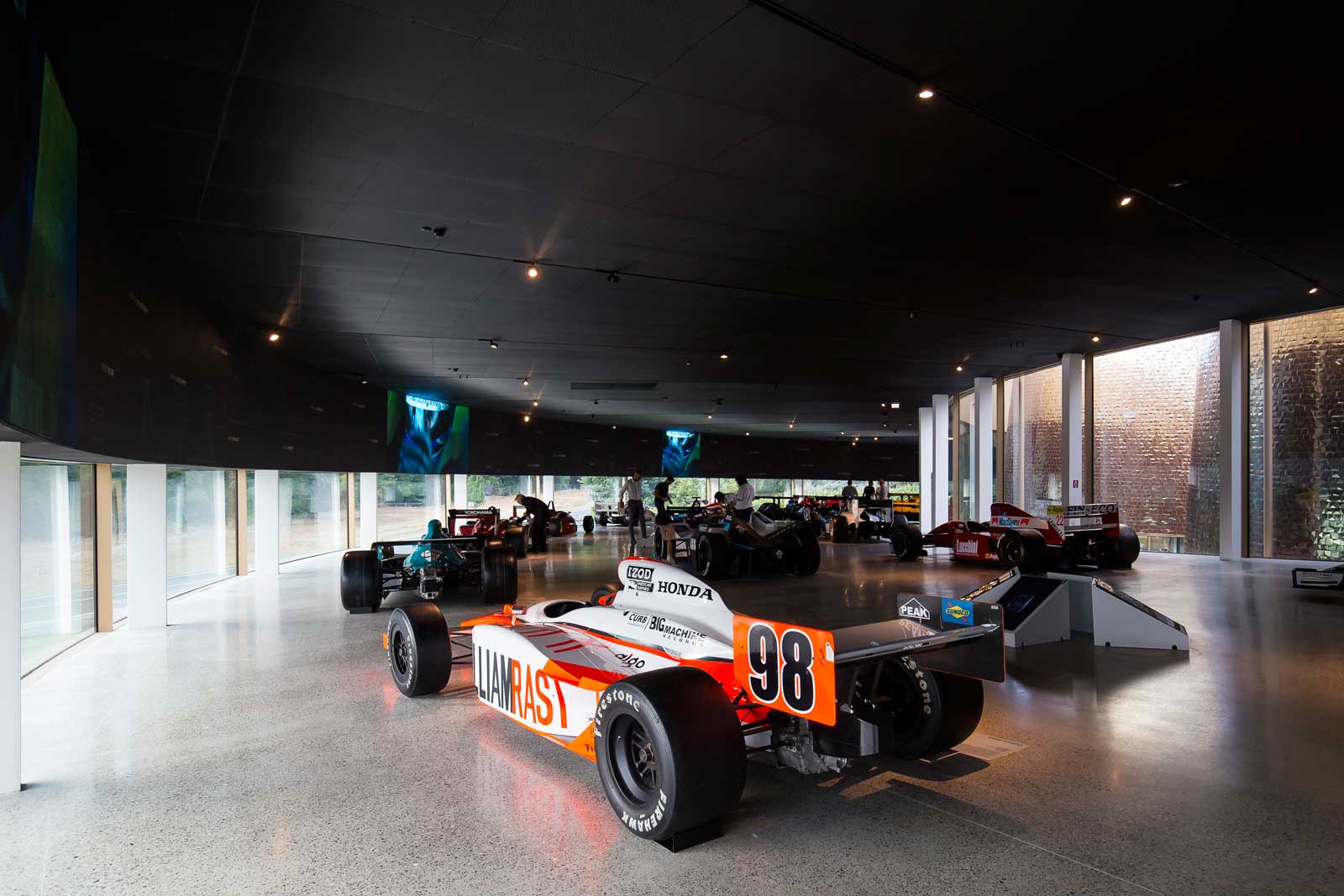 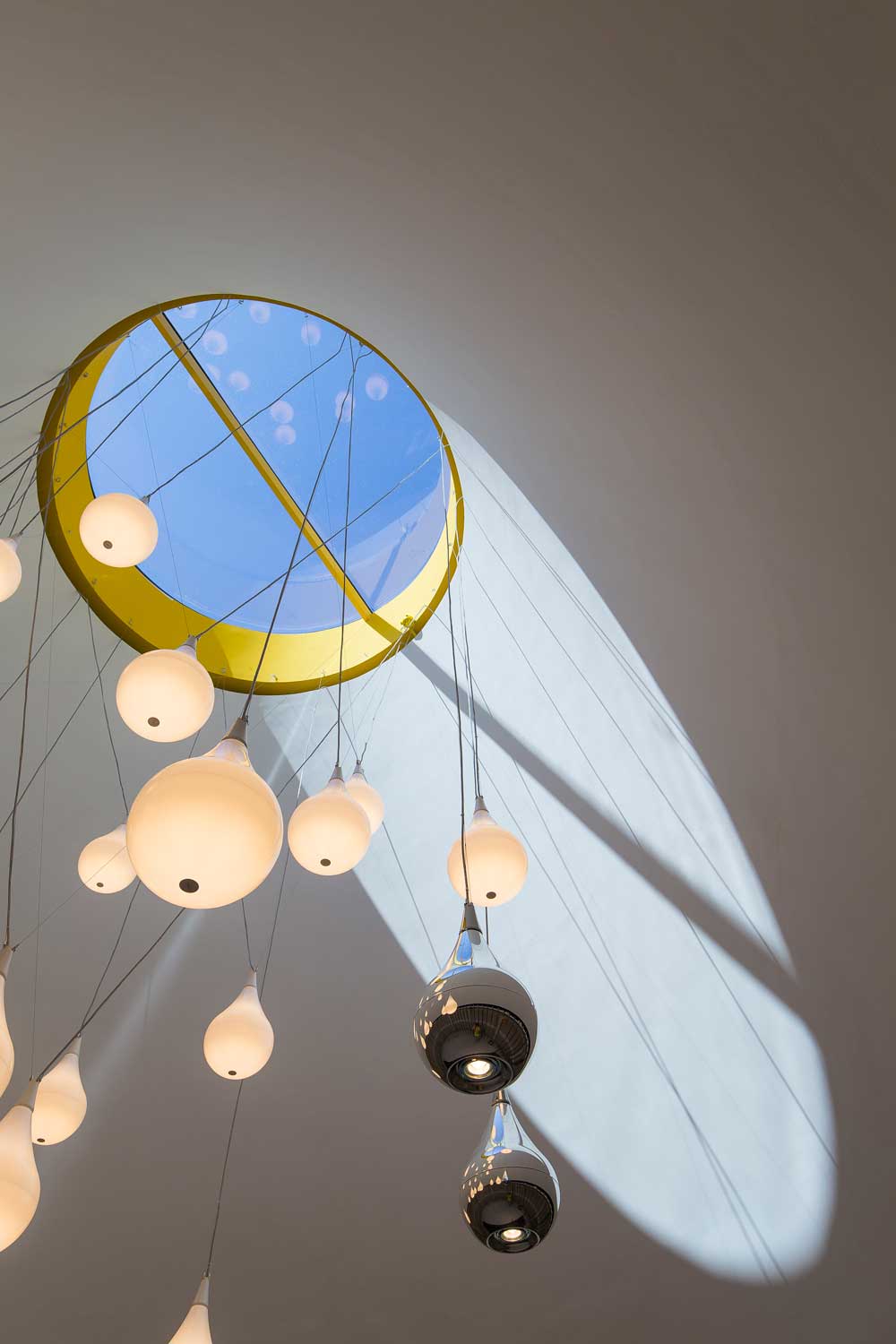 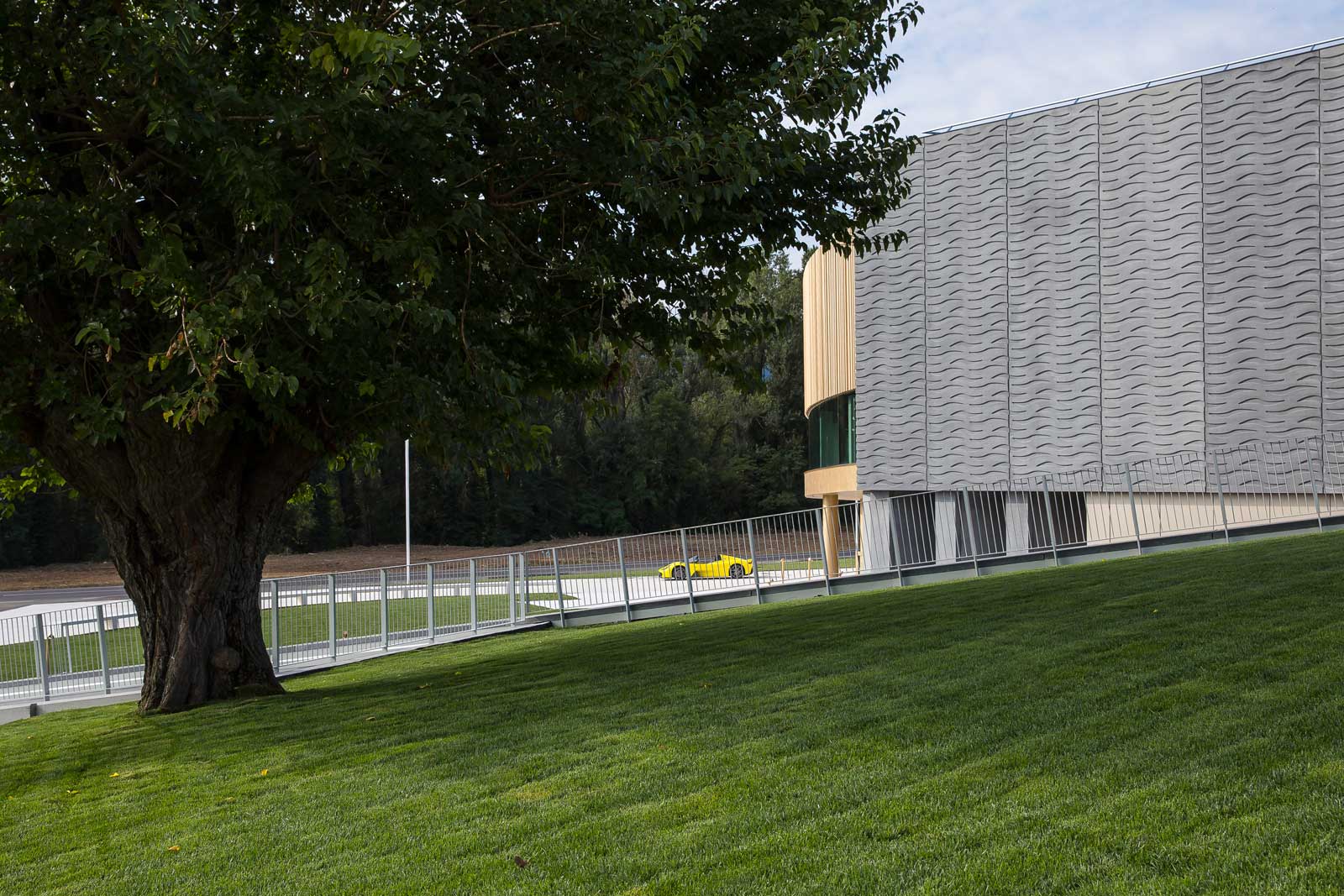 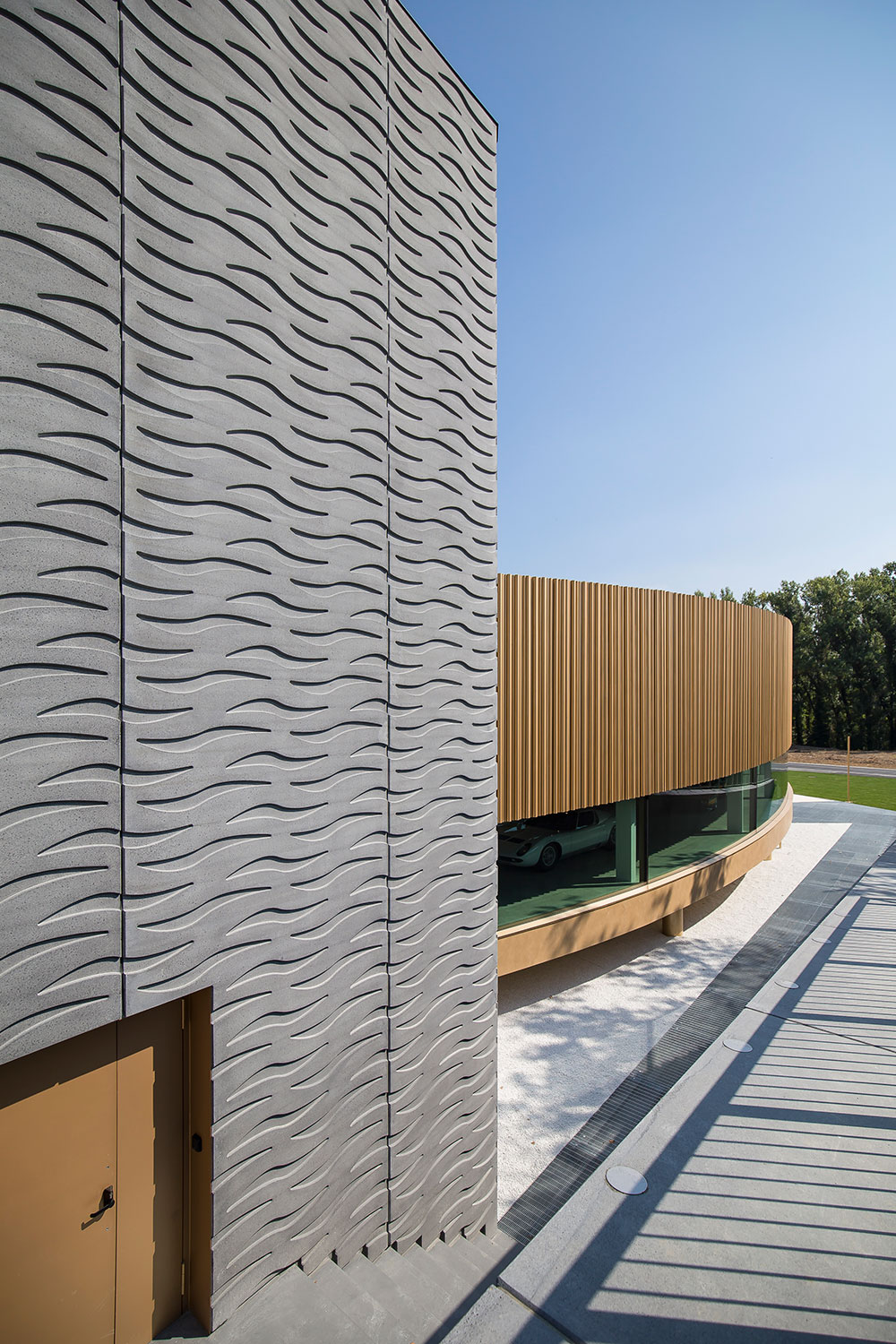 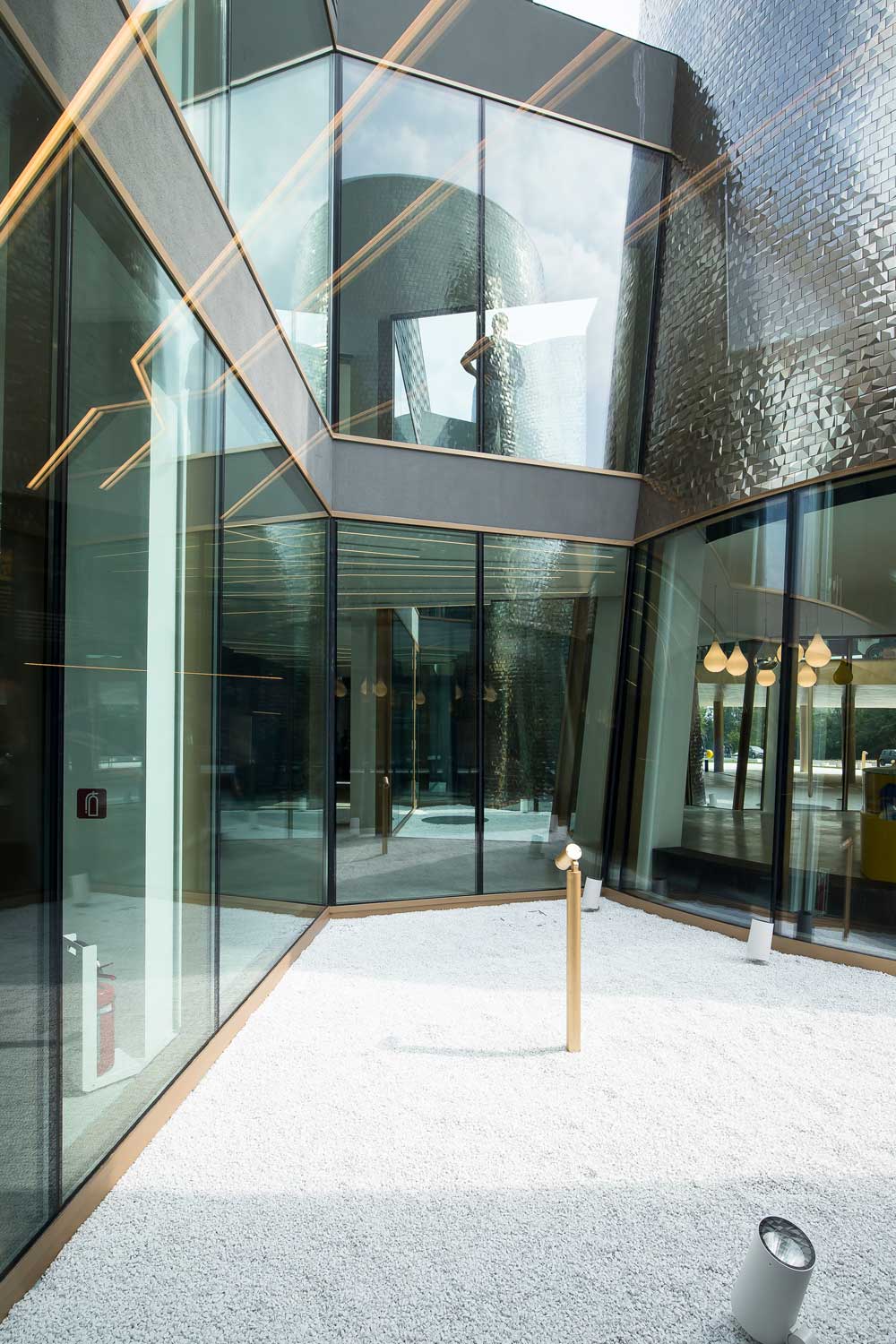 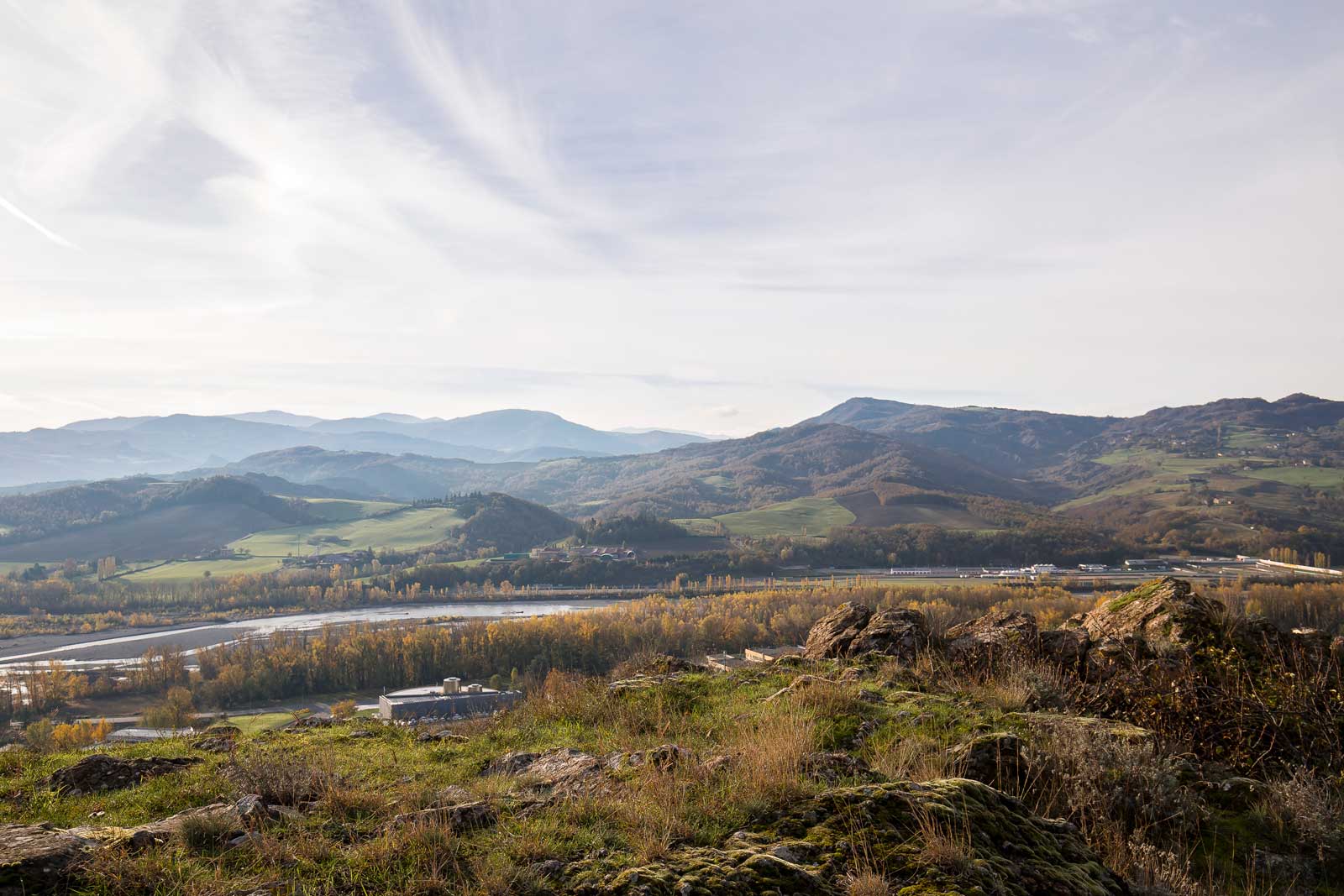 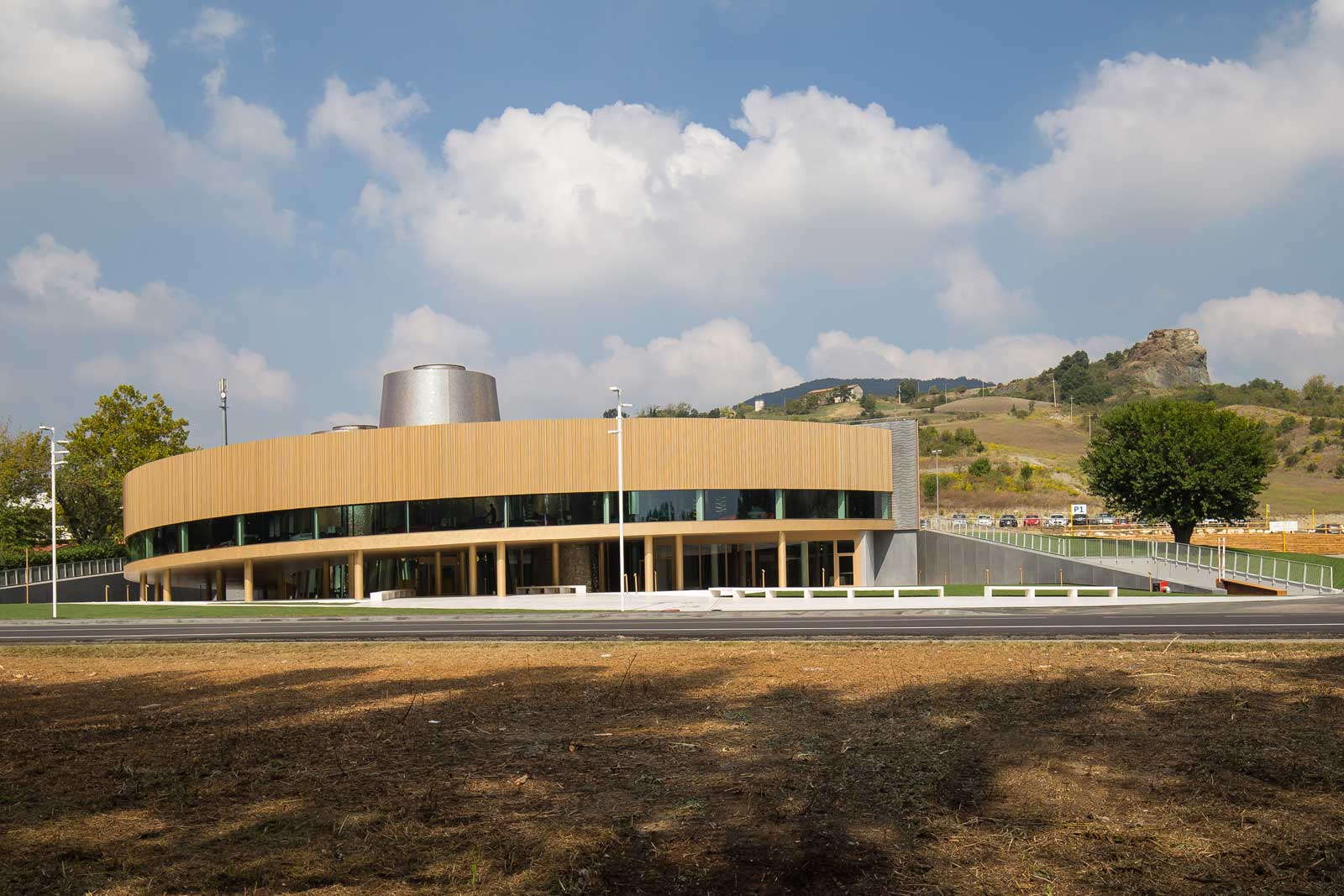 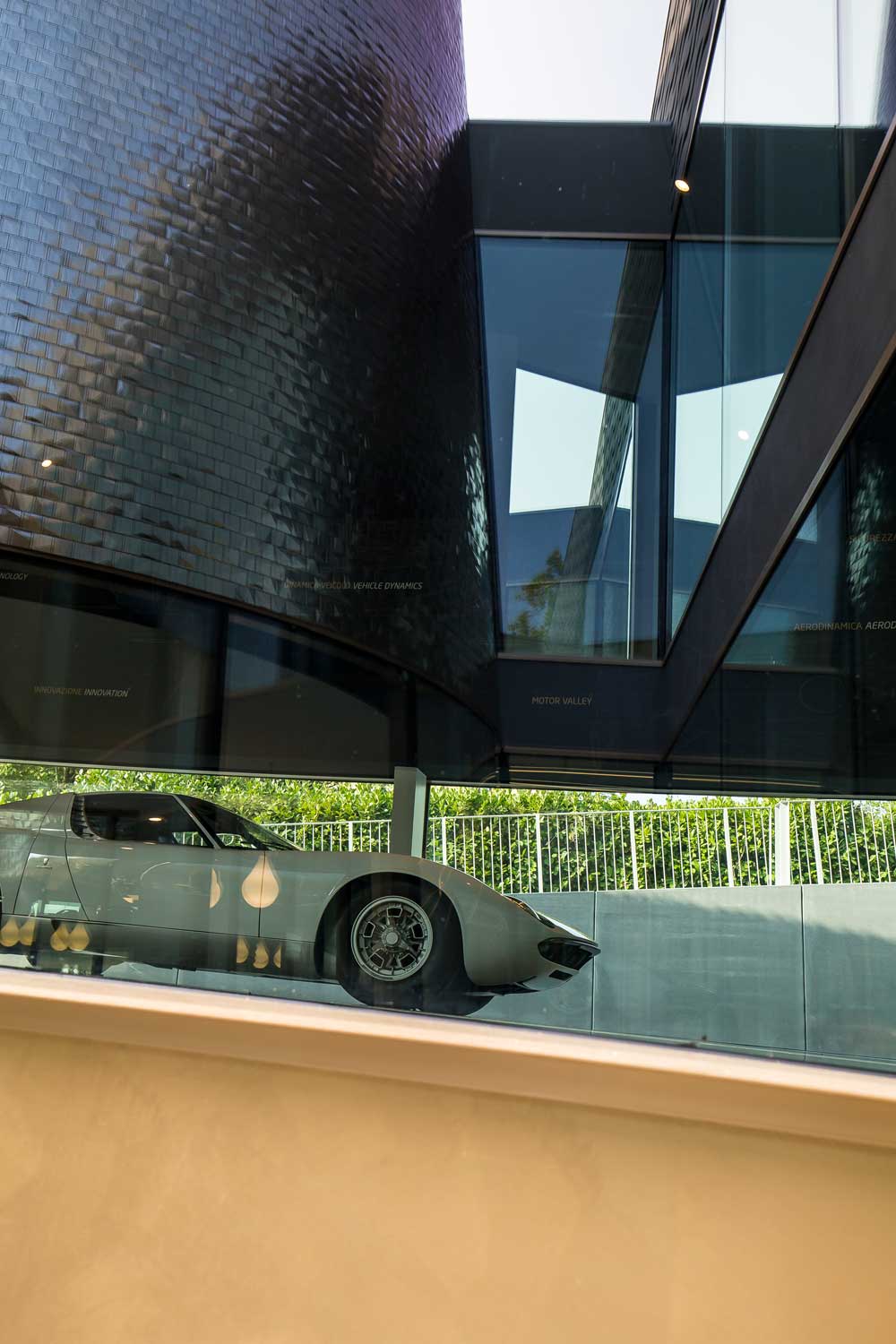 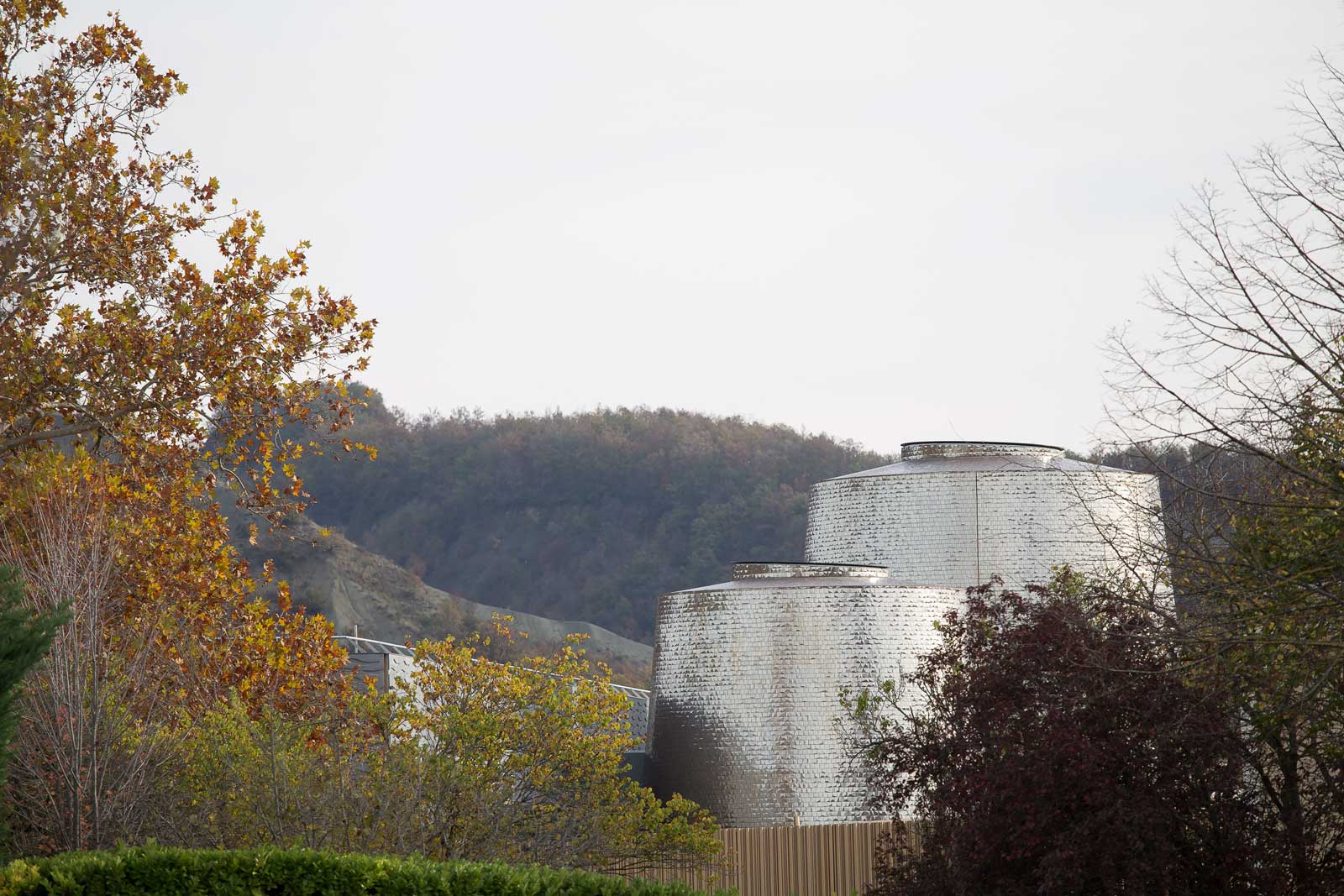 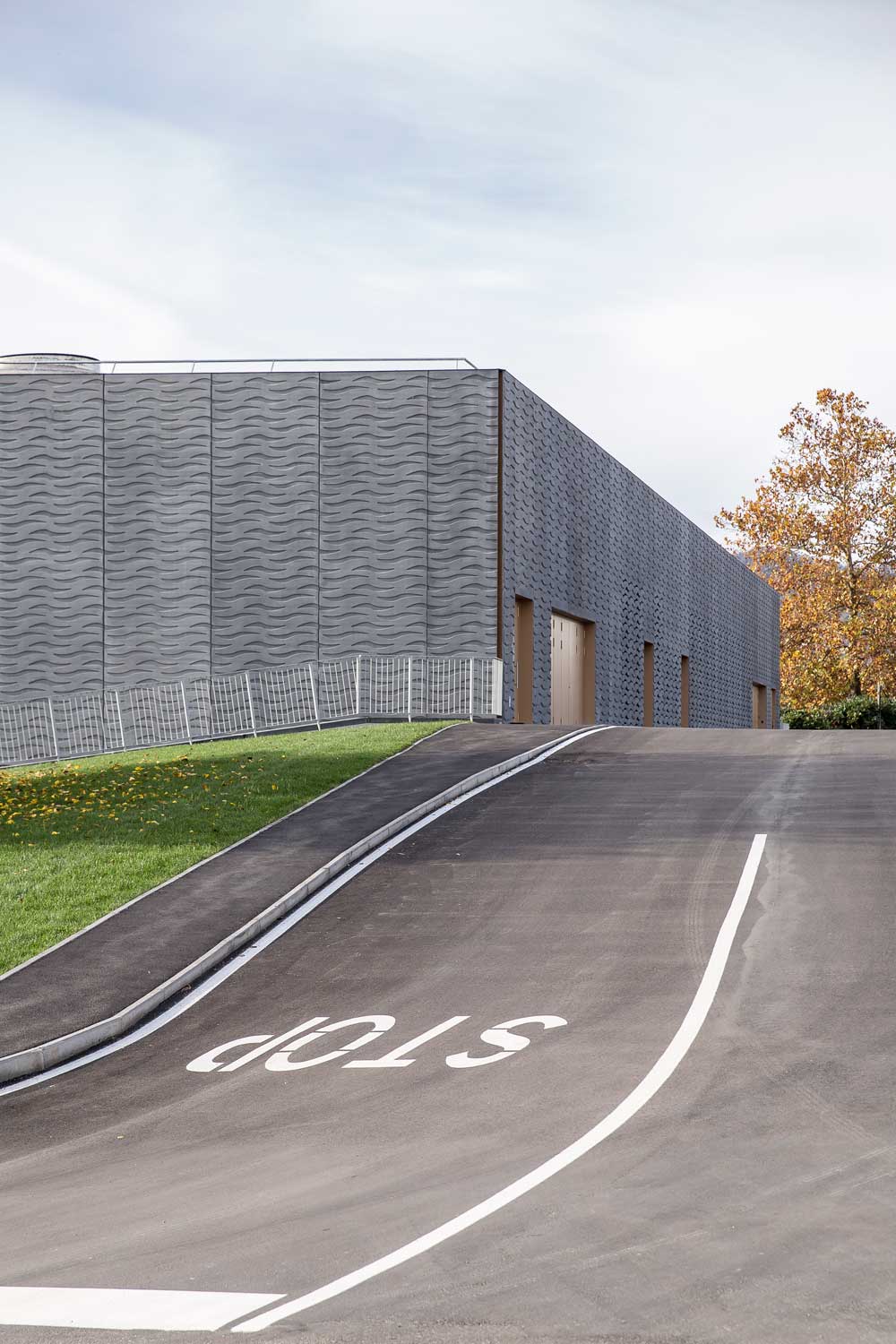 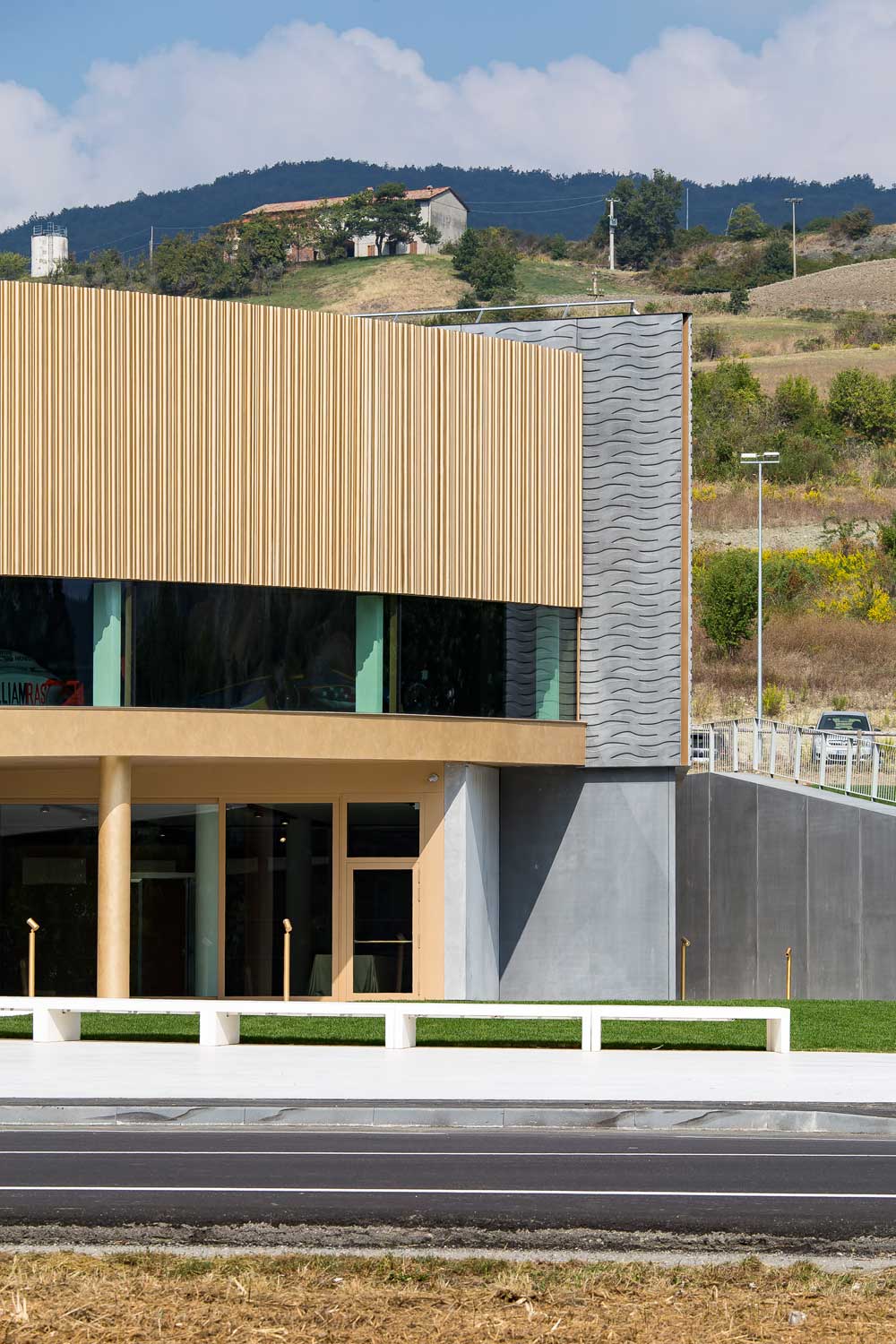 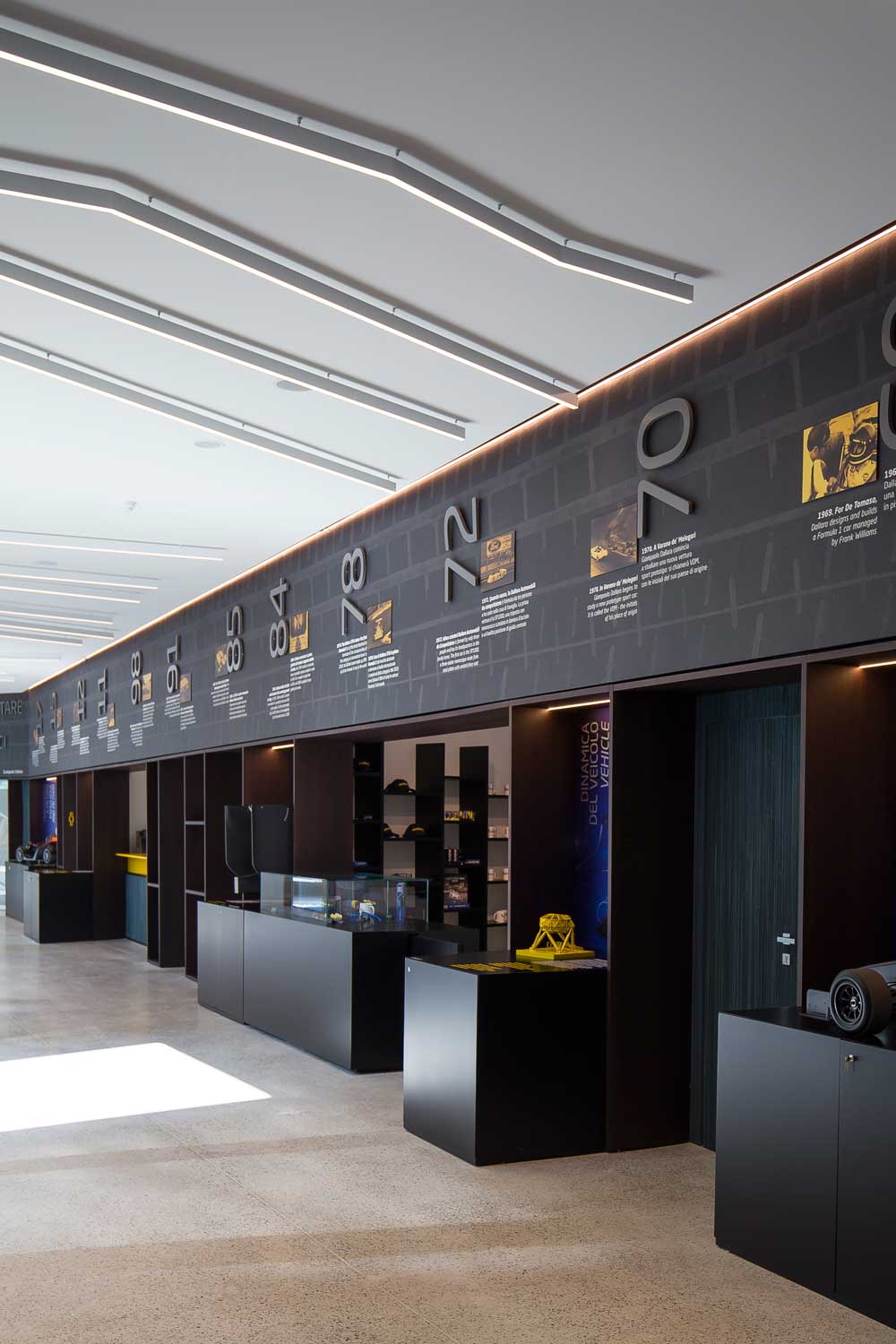 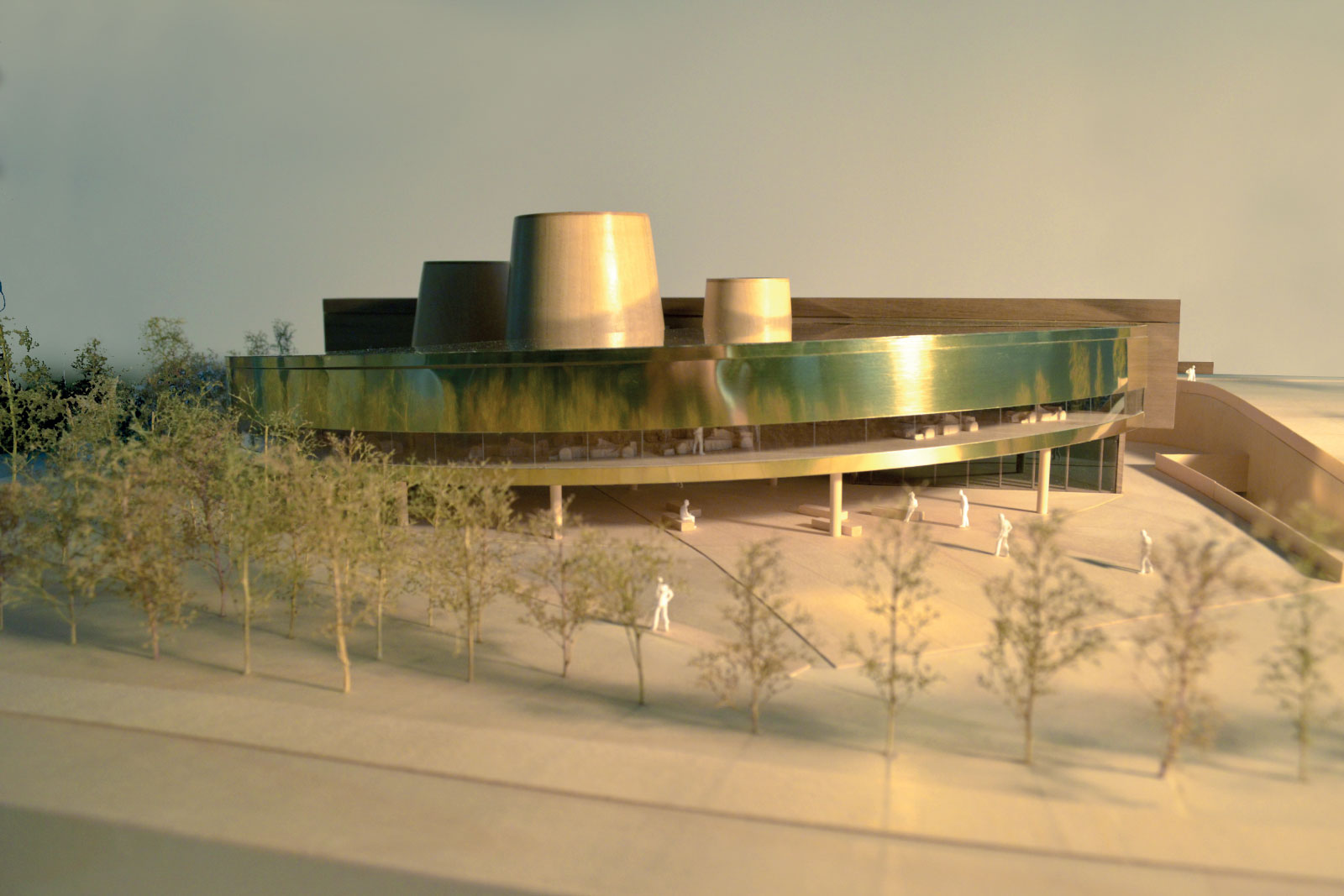 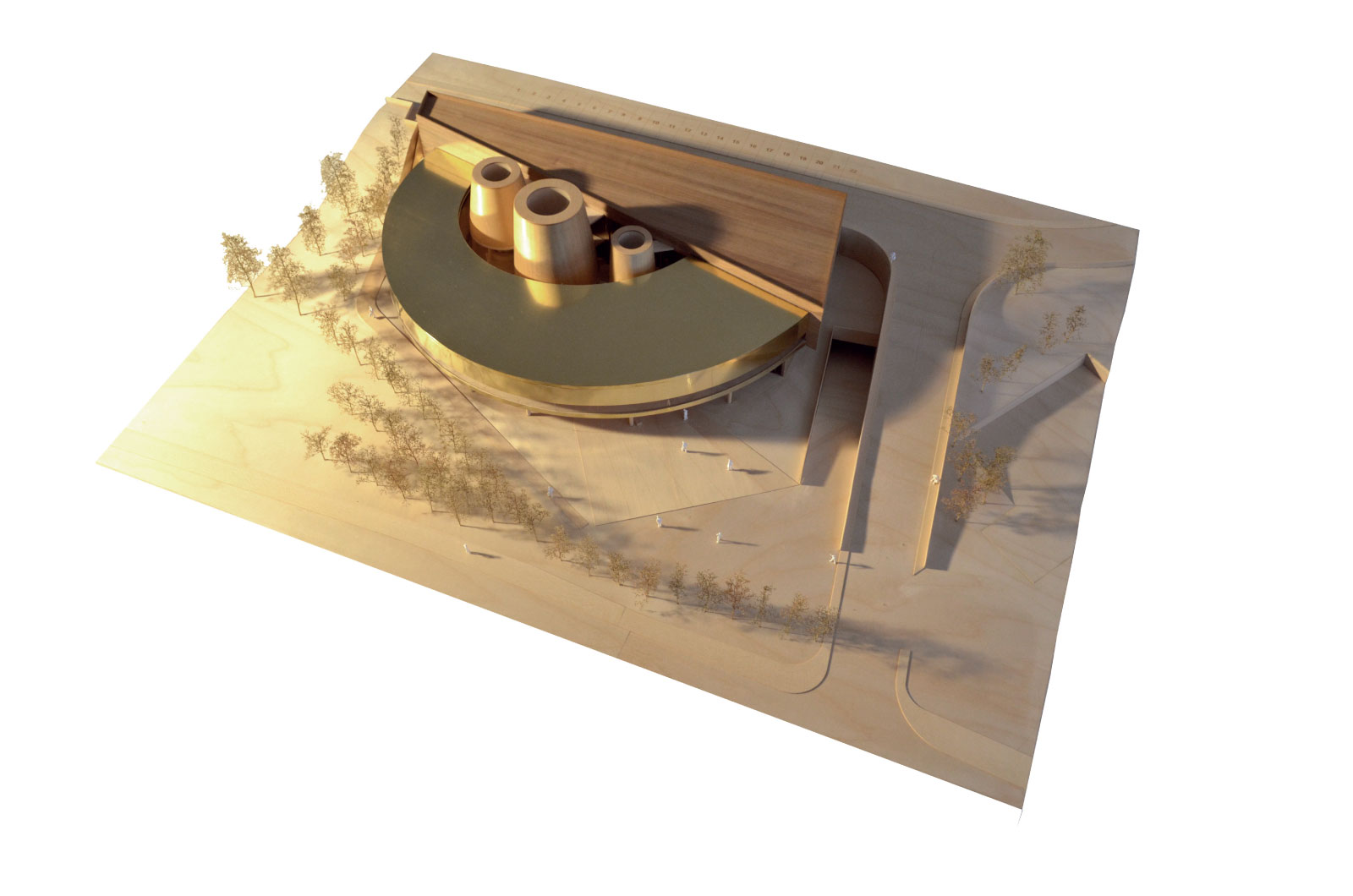 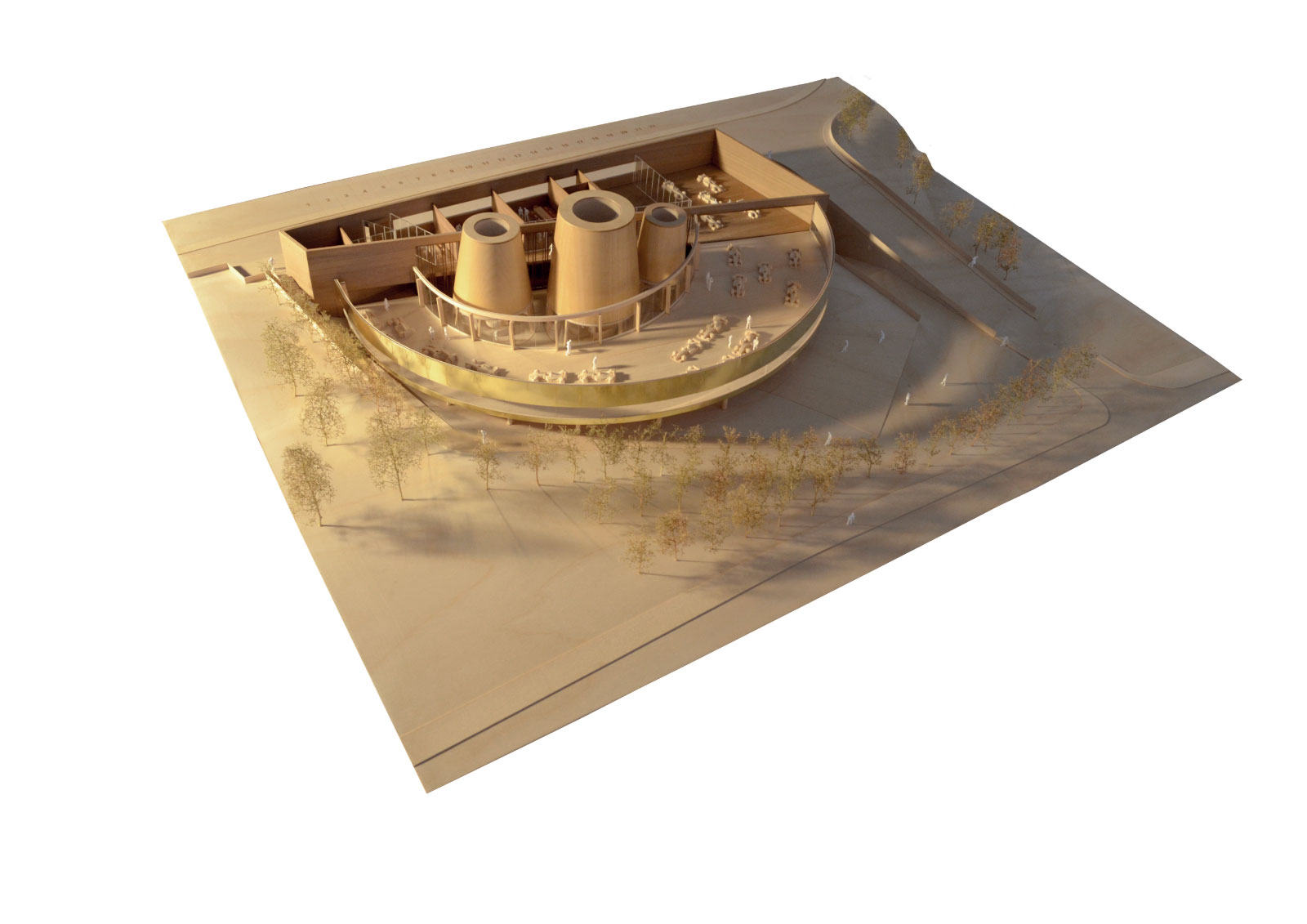 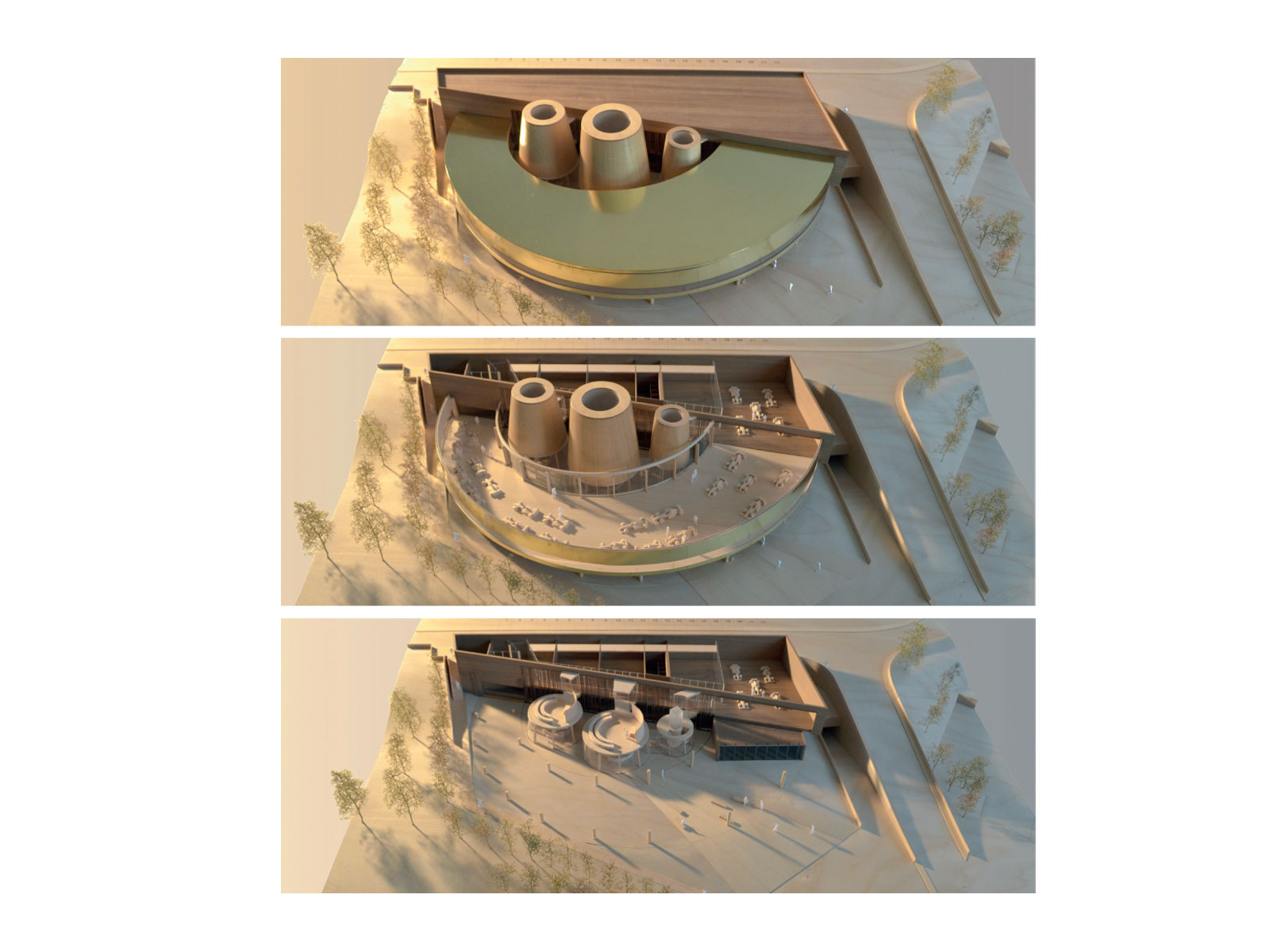 THE SOUL
Each project for us is the encounter between two souls, one of the place and one of the man.
Each project can have these two qualities within itself, or else it must discover them and allow them to emerge for its own reading, writing and will.
In Varano de’ Melegari, with engineer Giampaolo Dallara and his family, intended both as his personal affections and his company, we found ourselves in a unique situation which only needed to be revealed through the occasion of the project, both in the contest phase and in its construction, in order for it to accept its responsibility of telling the places of the soul of a rare and exemplary story which we believe belong to many areas of our Mediterranean territory.

THE SITE
The site of the project consists of a locus of a particular and significant landscape quality.
We wanted to seek a dialog with the area and not propose artificial relationships that break or contrast or of “objet trouvé” within an apparently normal context.
It is necessary to turn one’s gaze, to walk away from the area, to observe it from the different points of view of its “geography” in order to understand its role and soul within the natural balance of nature which becomes landscape.
It is necessary to propose a sweet metamorphosis made of actions that confront themselves with the different natures of the territory: to contain, to host, to inhabit, to welcome.
The project lies on a soft hillside slope that opens to the valley of the Ceno stream, while behind it stands the profile of the hills, with a “rock” at the top that stands as a presence that monitors and observes.

THE ORIGIN
The territorial elements with which we are confronted are therefore the apparently horizontal surface of the lot, its ambiguous “simplicity”, the presence of a mulberry tree, green sentinel in dialectic with the rock, the profile of the hills, the agricultural system, the wide trace of the Ceno on the ground and the small rural centers of the Apennines. These are the contemplative elements of the landscape’s perception. It is to these that the project refers itself, now in an intimate way, now collective, now representative and functional, now recognizable and simple.

THE CHAIN OF THOUGHT
The project is born in the same way the design process of Dallara is put in place, in other words, through the aggregation of phases/distinct elements placed side by side in balance, spatially coherent with the nature and the use of the spaces, which, assembled, constitute the project in its whole.
A complex that focuses its attention on the topography of the place, on its integration in the landscape, on its double perception (from the outside and from the inside), and that wants to be a place of research, of project, of encounter, of excellence… A building both fast and slow, silent and sonorous, technological and poetic.

THE LANDSCAPE WITHIN THE LANDSCAPE
We wanted to draw the landscape within the landscape, introducing a new public space, a catalyst for activities, capable of overturning the perceptive modalities of the area that are, to date, the movement of the cars, their speed and the entertainment.
We founded the building at a slightly higher level than the one of the street, creating a first topography which defines its separation from the road and the Academy. A lightly inclined plane that characterises the space of dialog with the location, defining a sequence of thresholds between the natural and the mineral landscape.
The territorial sequence brought us to imagine the area as a green wedge, in which the sinuous movement of the river draws the external spaces and widens its view to involve, in the composition, the adjacent areas which host the historical headquarters of the Dallara company.

BELONGING
The idea that inhabits the project is therefore to create a building that is able to concile the individual identity of the parts that contribute in creating the whole, with a sense of unity of the whole, a landscape within the landscape.
The building thus becomes a living and dynamic element, capable of redefining the location by enriching and re-characterizing it, as it is also endowed with a strong iconicity which makes it a real mineral landmark of the landscape, as well as the rock on the top of the hill to which the project turns its gaze.