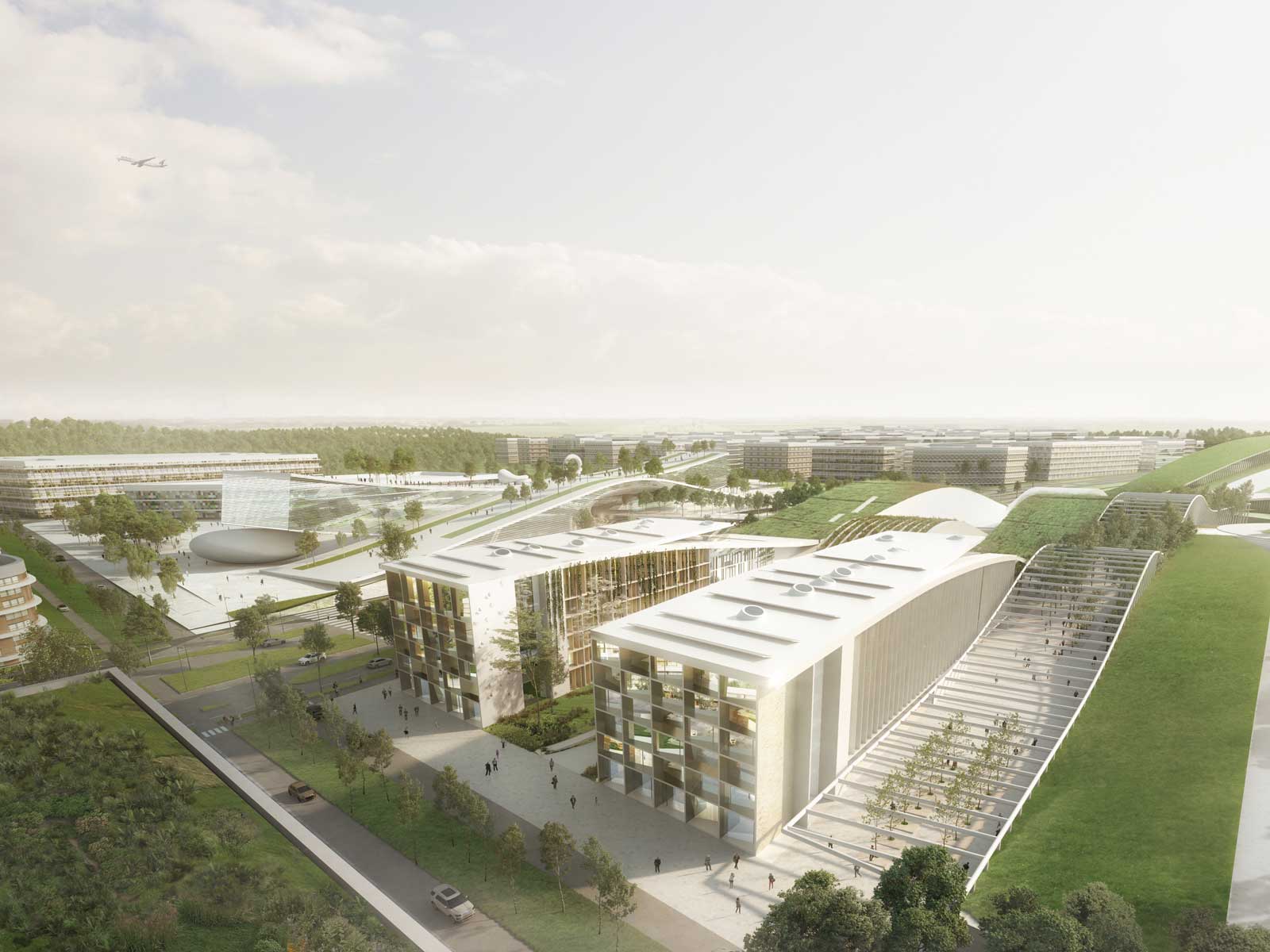 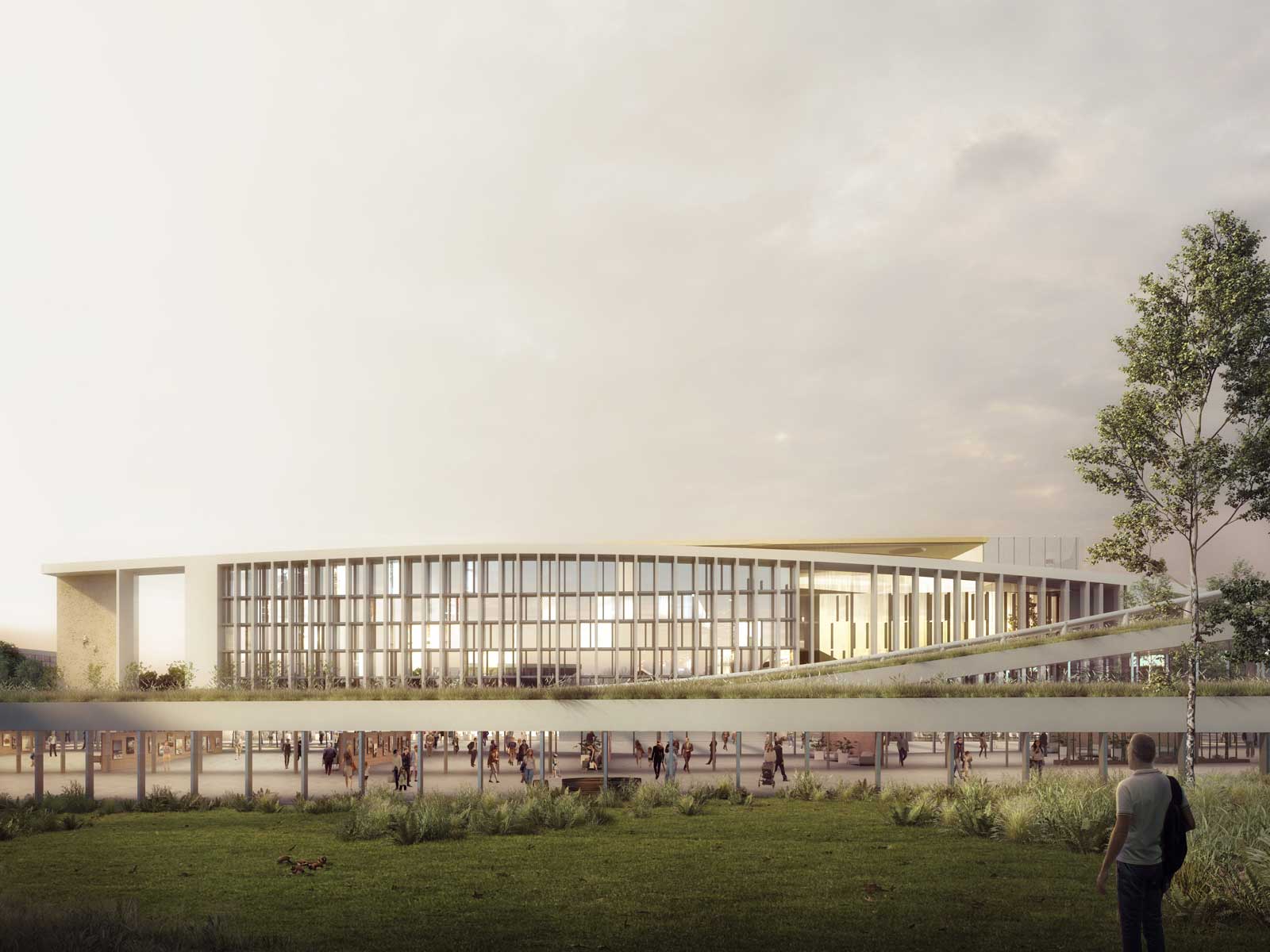 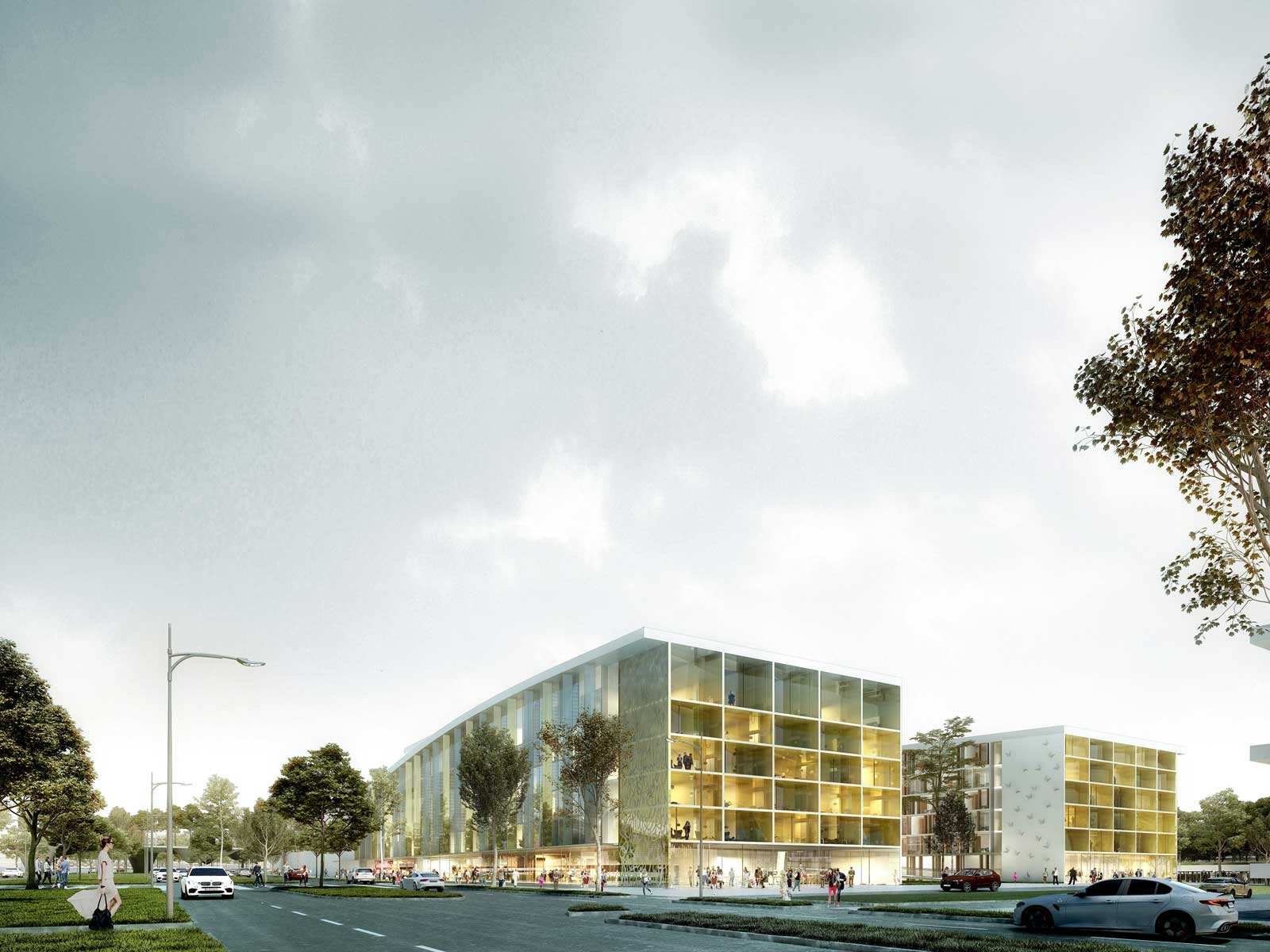 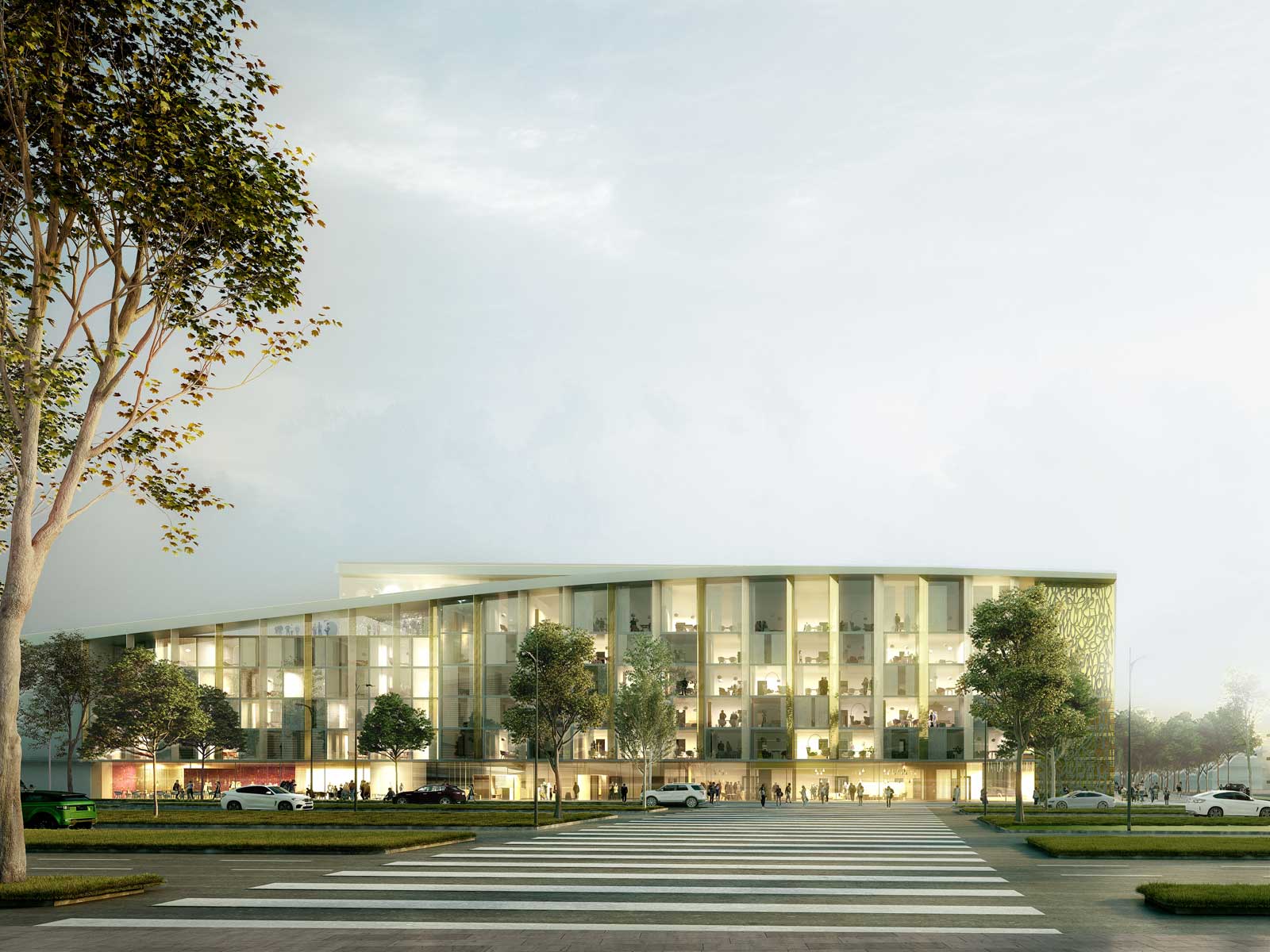 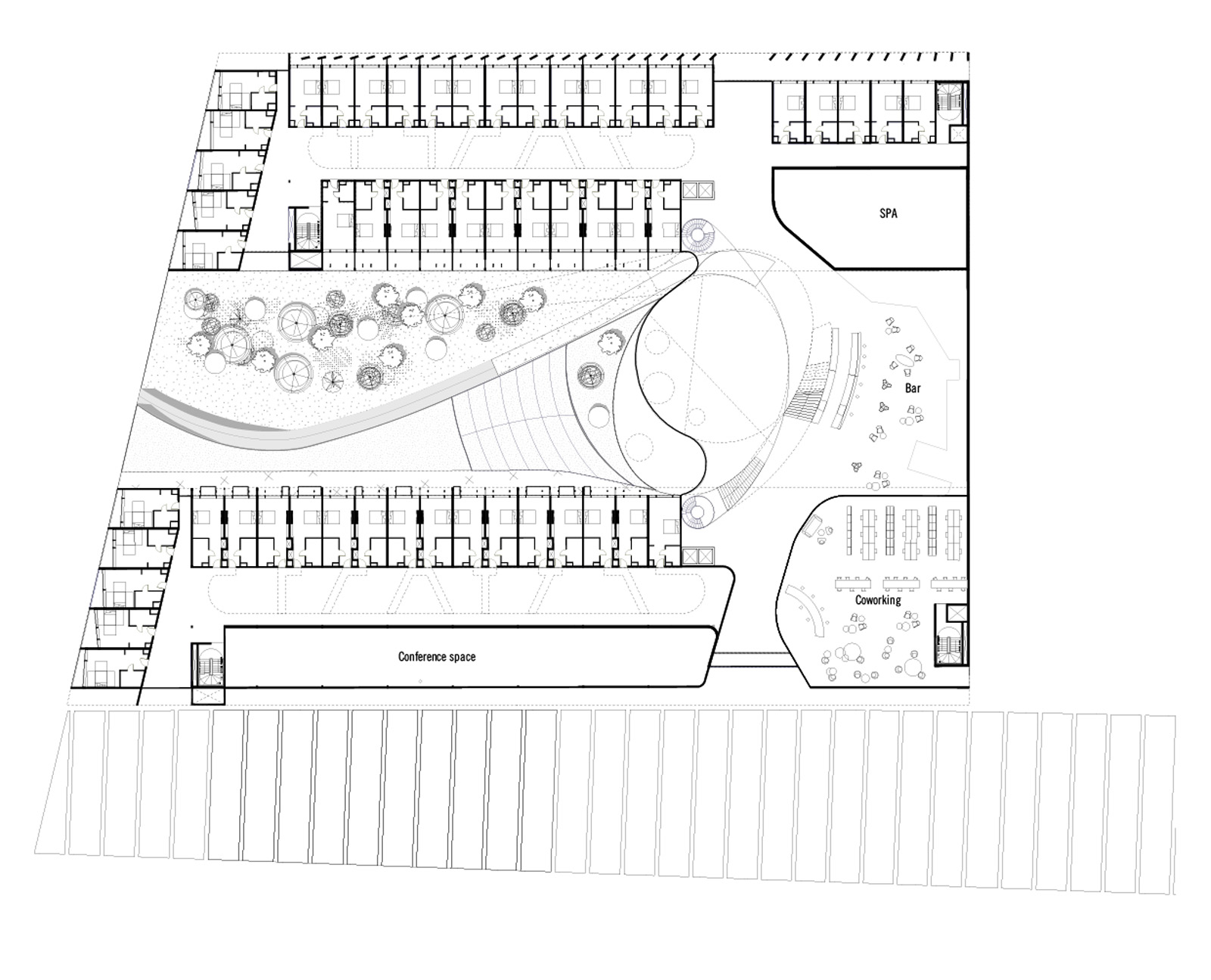 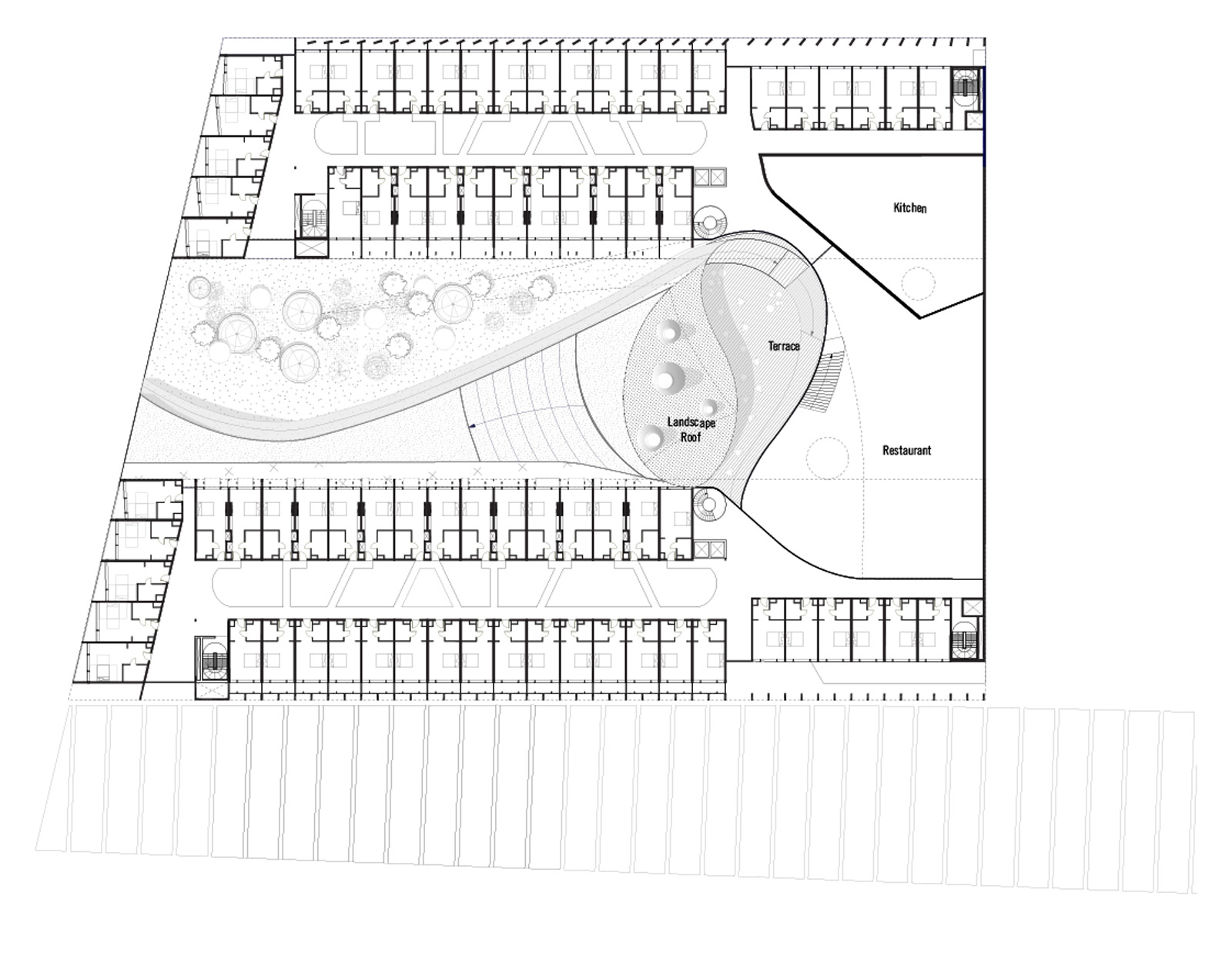 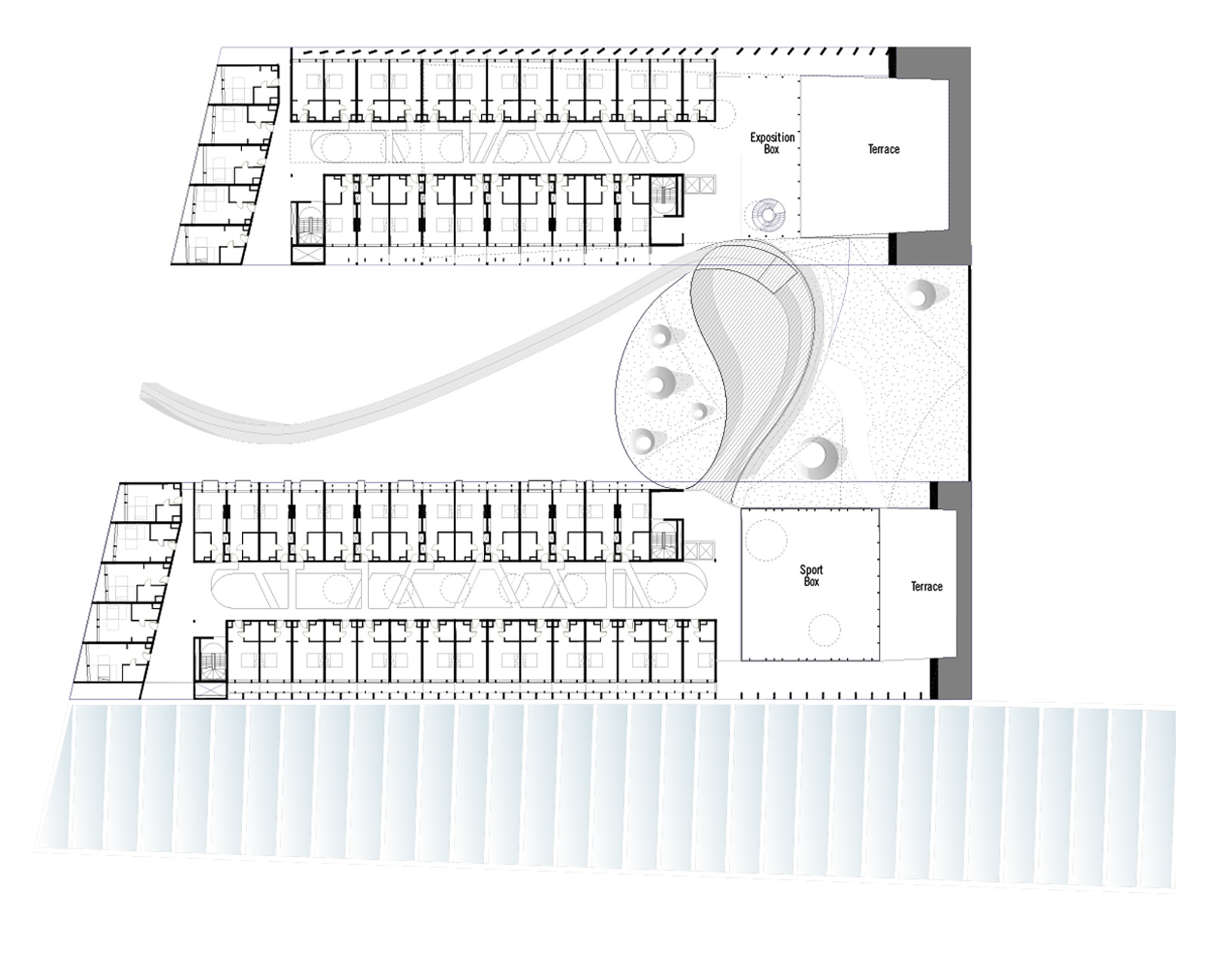 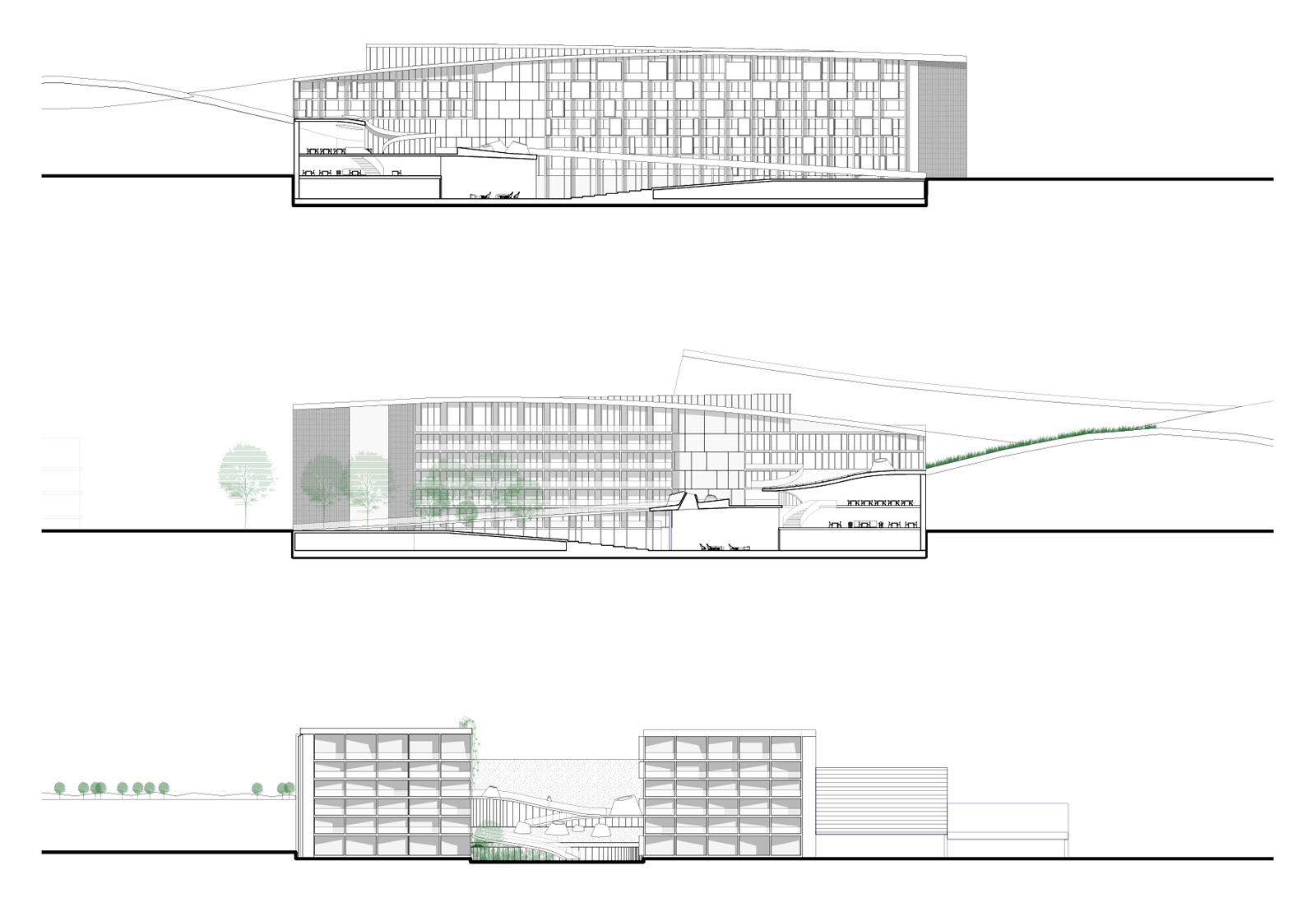 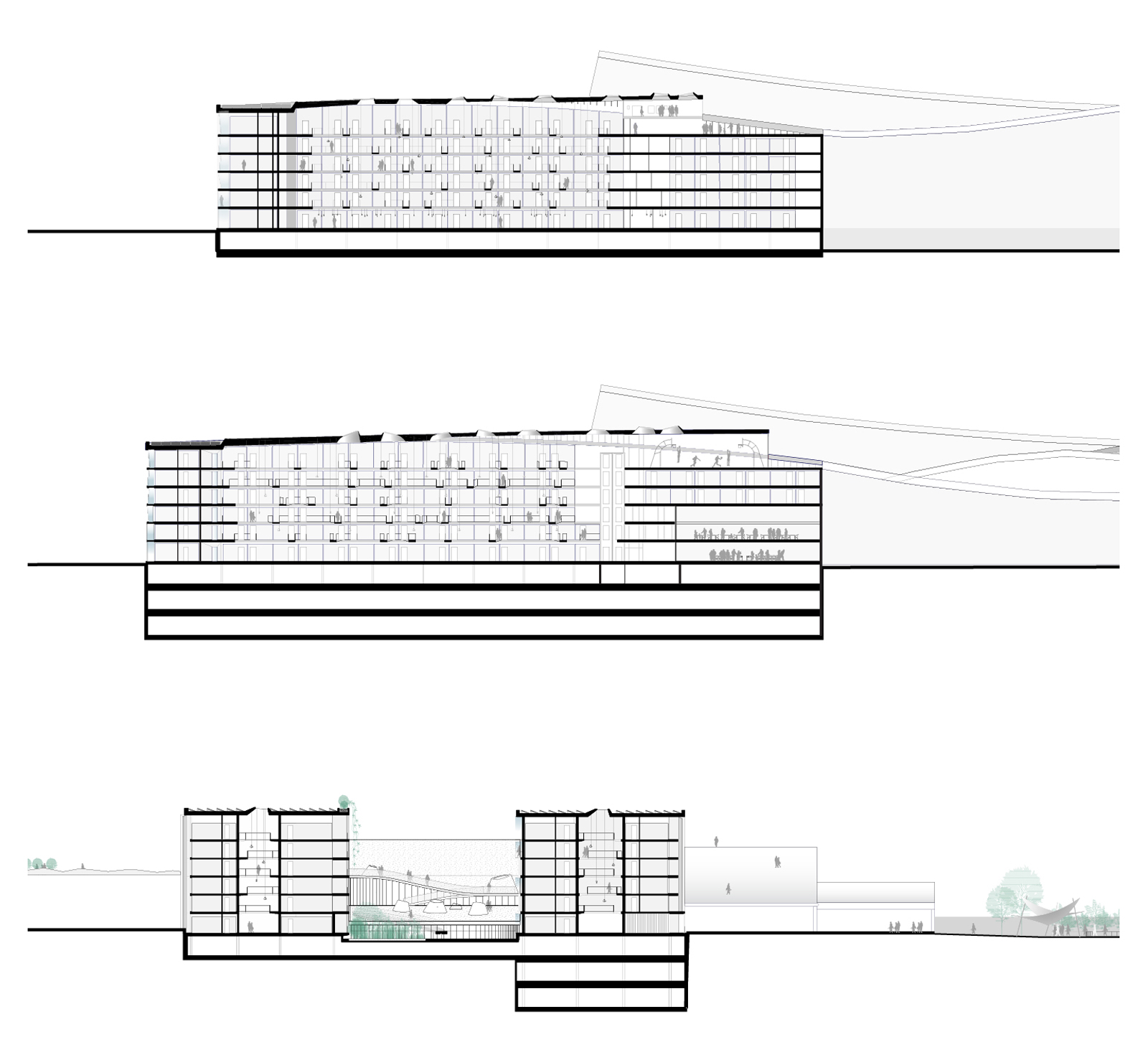 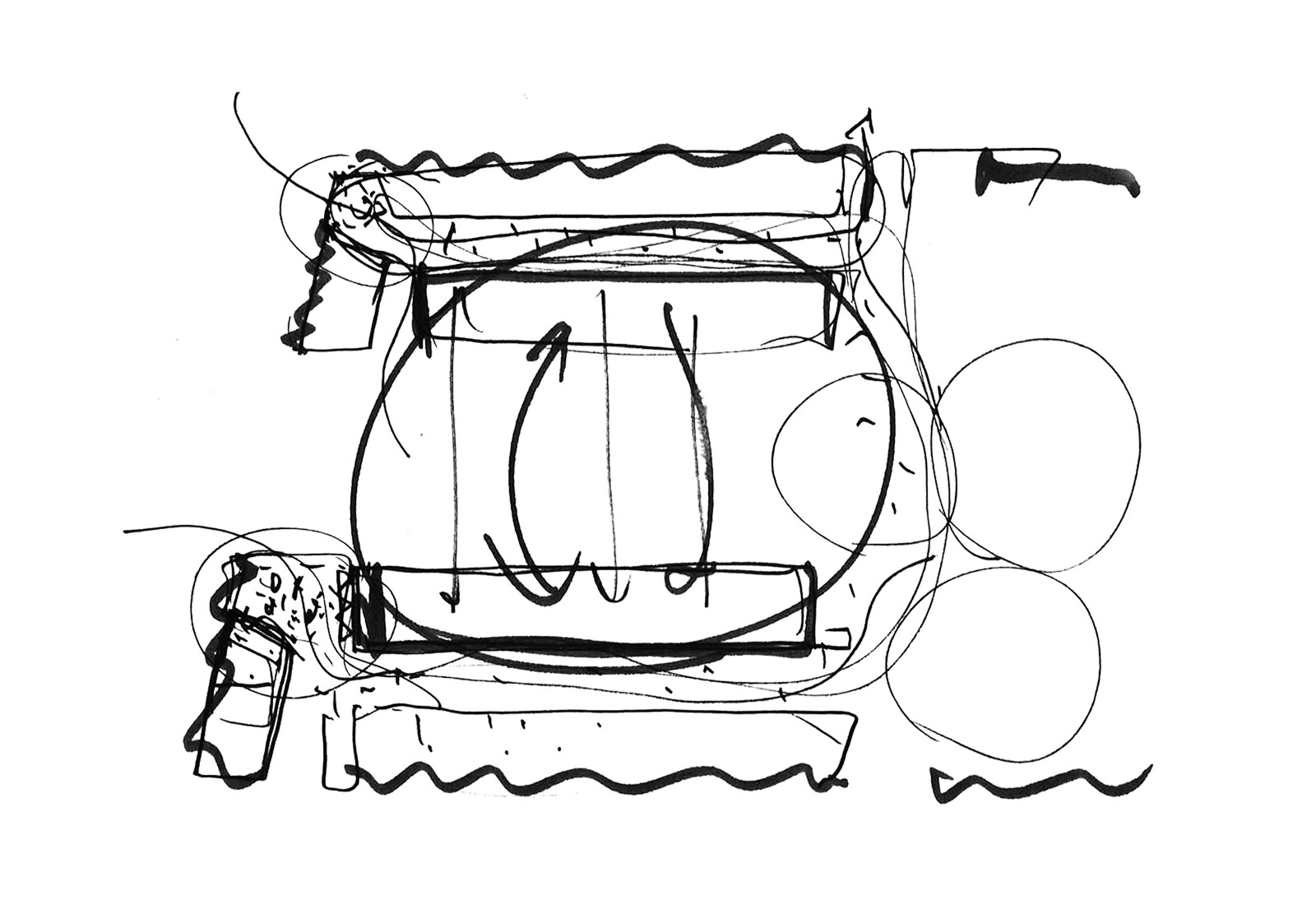 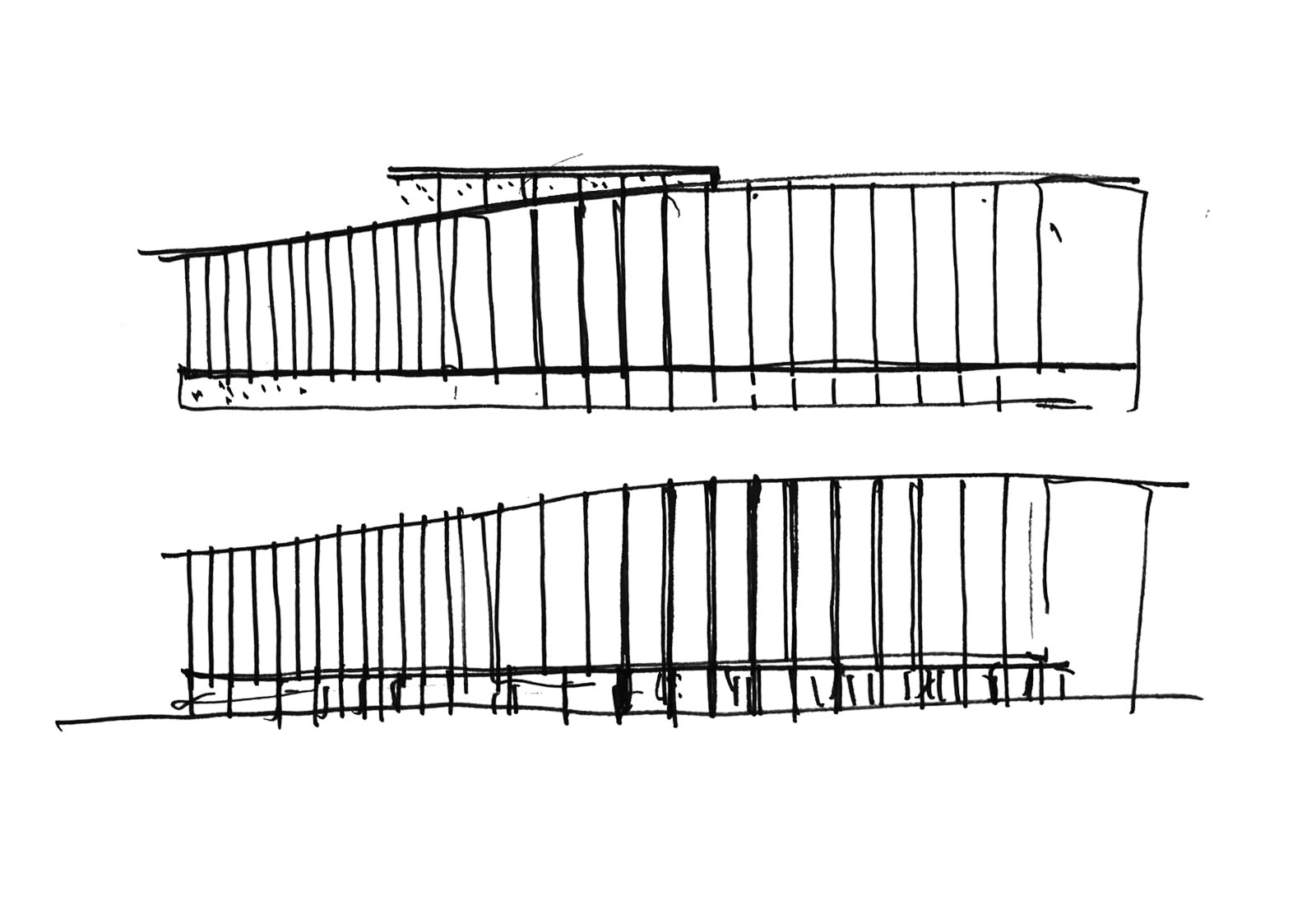 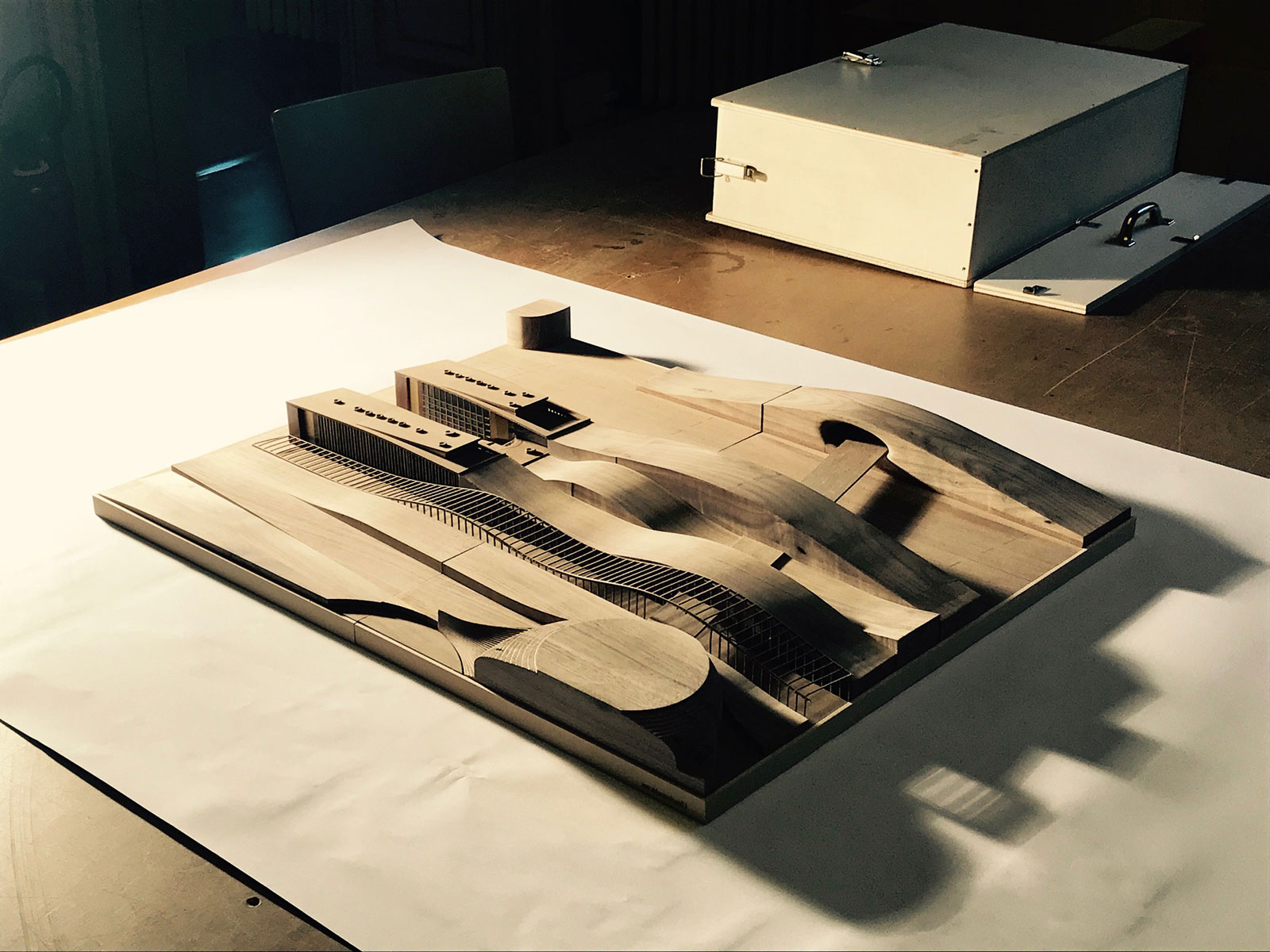 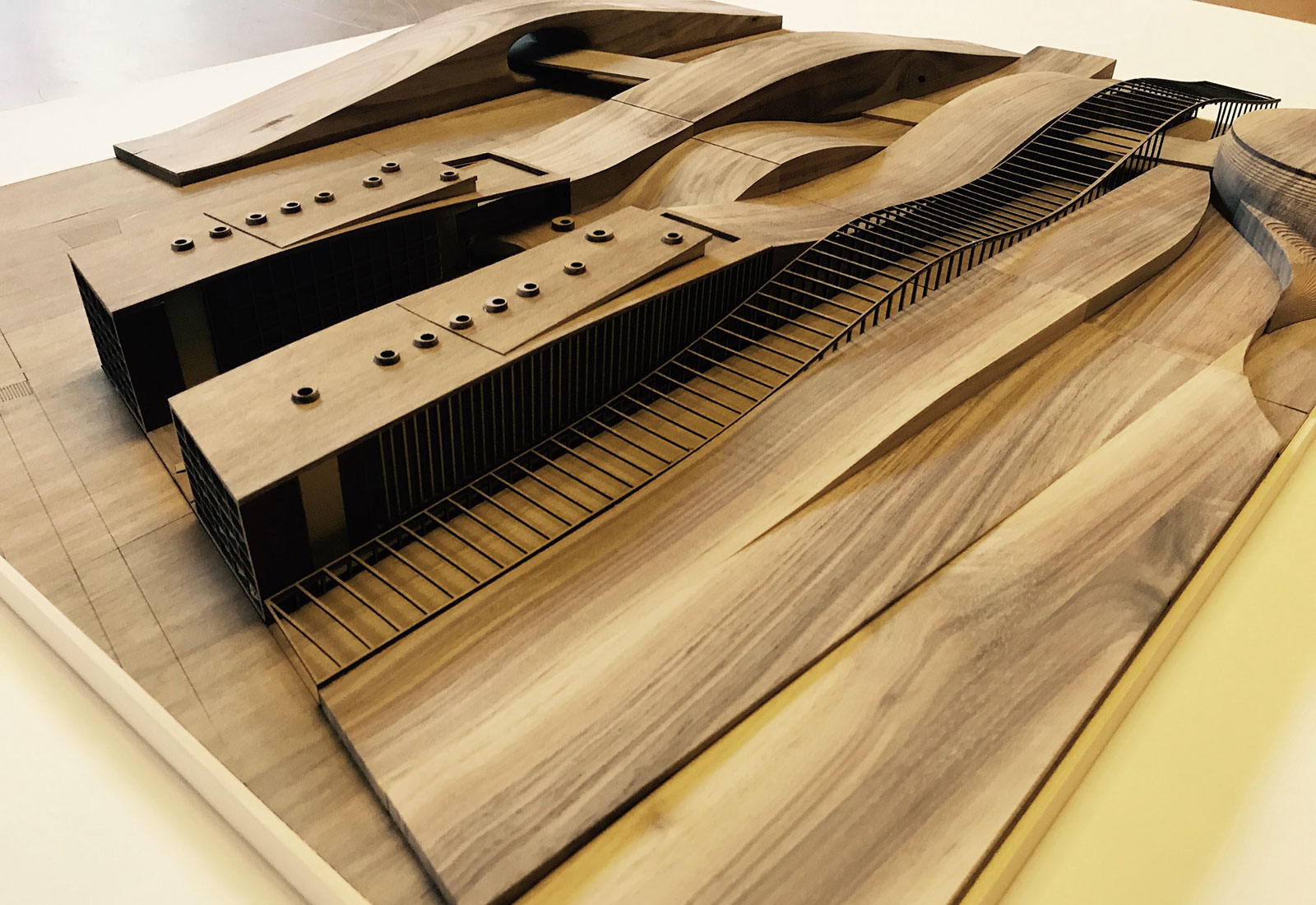 program: Hotel with 450 rooms, 1 restaurant-bar, co-working spaces, spaces for events, exhibitions and seminars, a Spa and an area dedicated to sports
total area: : 20 924 sqm
client: Alliages et Territoires
Alfonso Femia/Atelier(s) Alfonso Femia with
BET Economie: Overdrive, Paris
BET HQE: Overdrive, Paris
images: ©Atelier(s) Alfonso Femia & Diorama
“We love a chronotopic city, a city that is able to create a relationship between daily moments and spaces, contemporeanity, and different ways of living.”
We love the chronotopic city, the one able to create a relationship between the daily moments and spaces, contemporeanity, ways of life.

At the beginning, here is an ambitious project : a union between identity, connections to territory and sustainability.
The design of this large metropolitan equipment required and can only grow from the input of different designers.

We continue the story where the writing of the design team had stopped it. We have endeavored to build on the sum of the constraints and the respect of the concept, a strategy of development of the different parts – empty and full – of the plot allowing to infuse life and force inside.

We want an architecture able to belong to a place and in which people can identify.

We sought to understand the characteristics of each element, their nature, the contents and tone of their dialog with the context. We tried to exhaust each possibility and we wrote an original, ambitious, sensitive and coherent scenario highlighting three main objectives:
– create a strong identity;
– elaborate real relationships with the context;
– imagine measures able to become the head of the system.

We believe in « matter », art, the collective and private dimension to think the city must be the conditions to create a system able to speak with each person.

Matter constitutes the fundamental essence of the project, it is the matter which ultimately “sets” the idea of the project in perceptive, spatial, and physical terms.
Matter is the essence of the construct, it describes the route of transformation of the humanized territory, the volumes, the surfaces; it contains the functions from urban planning to architecture, from interior design to product design.
Matter in the body of architecture is its truth.