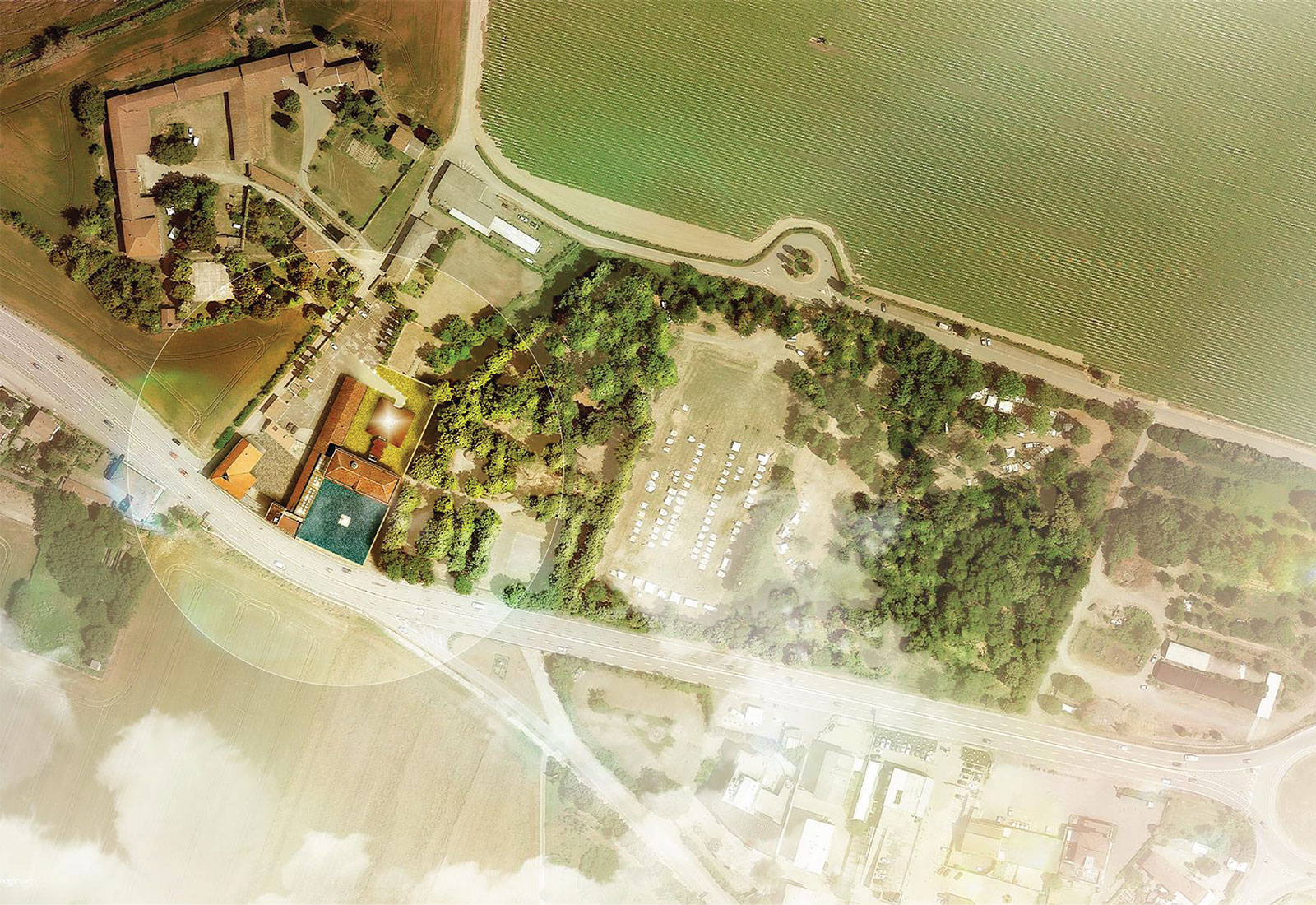 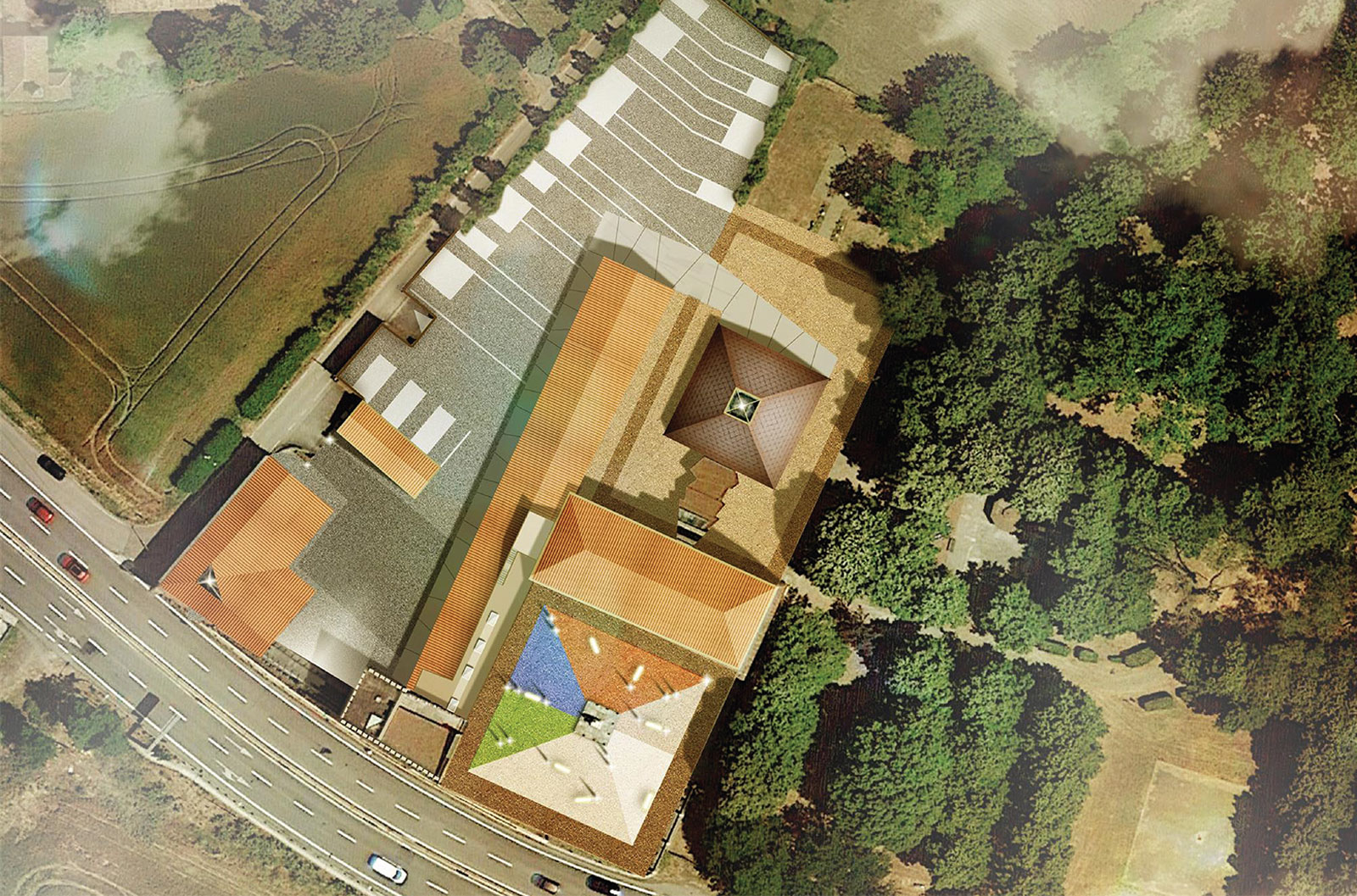 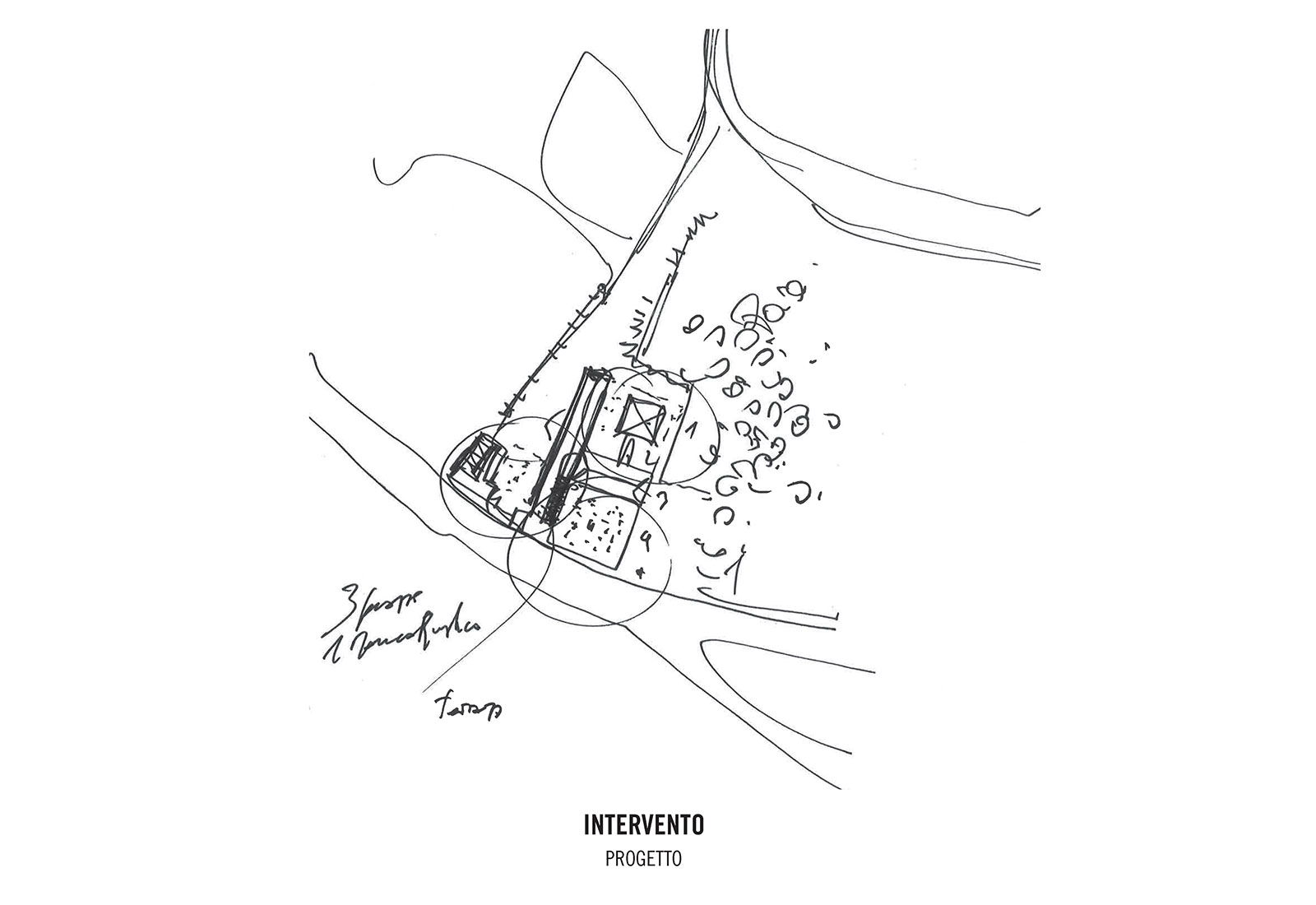 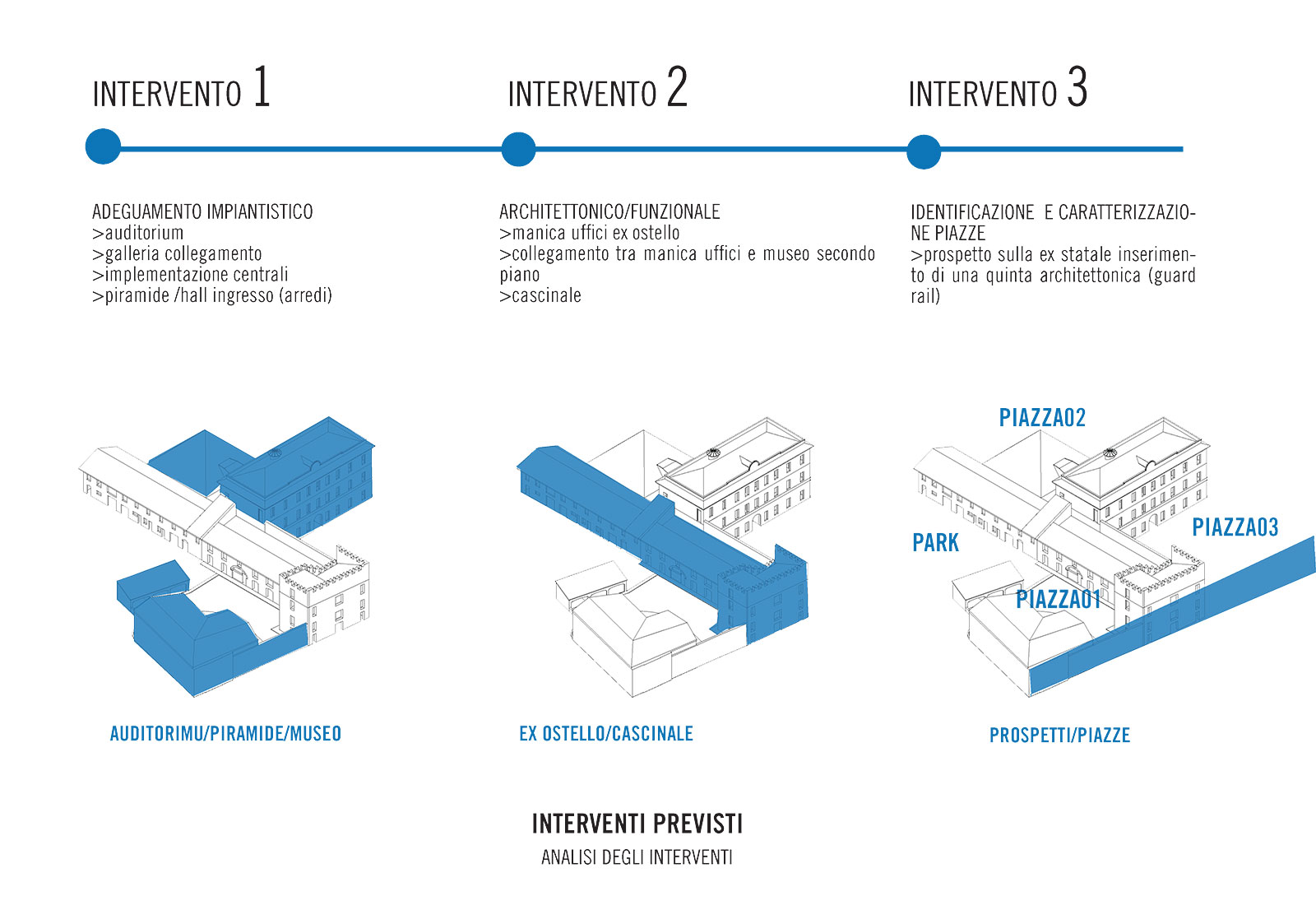 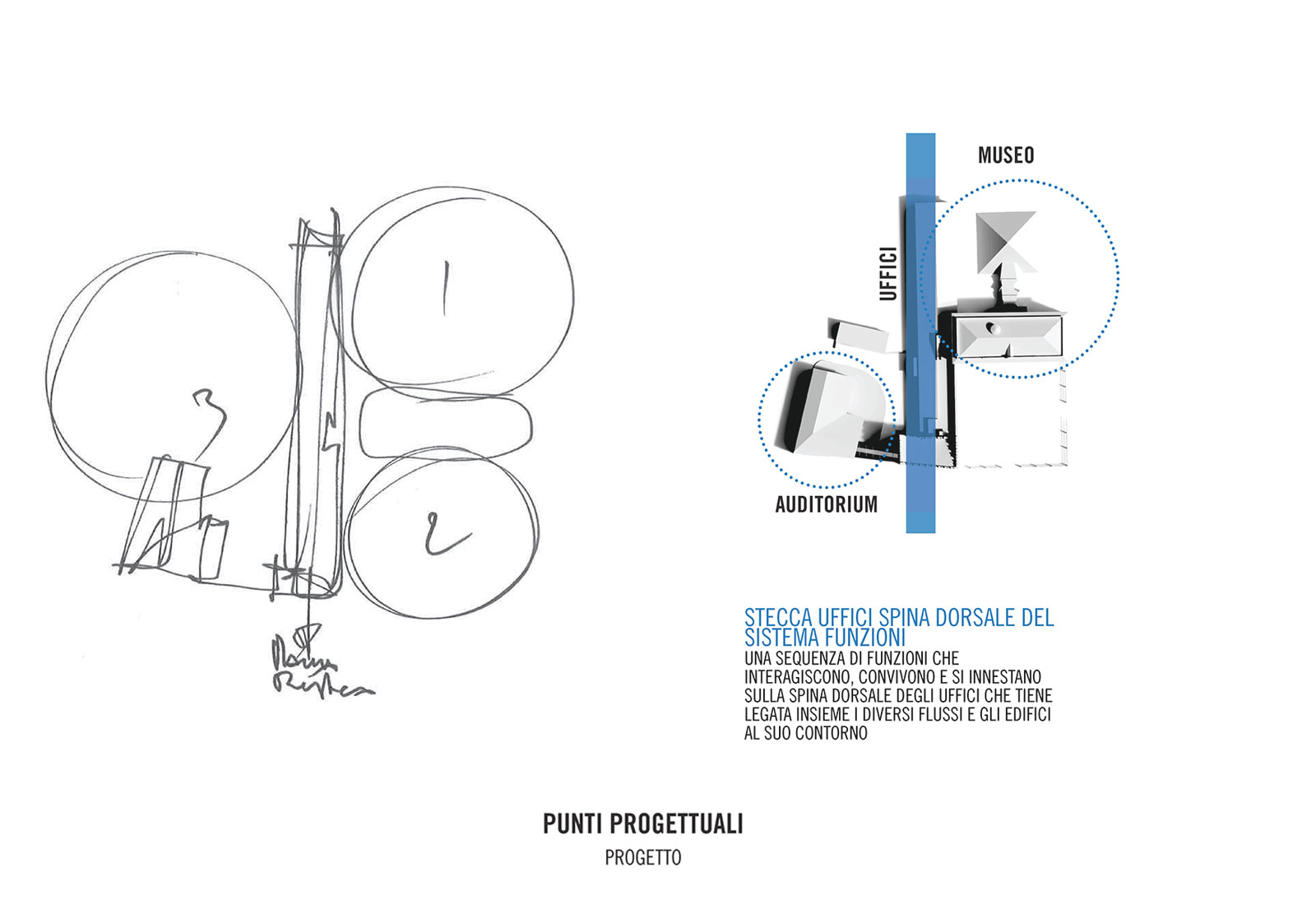 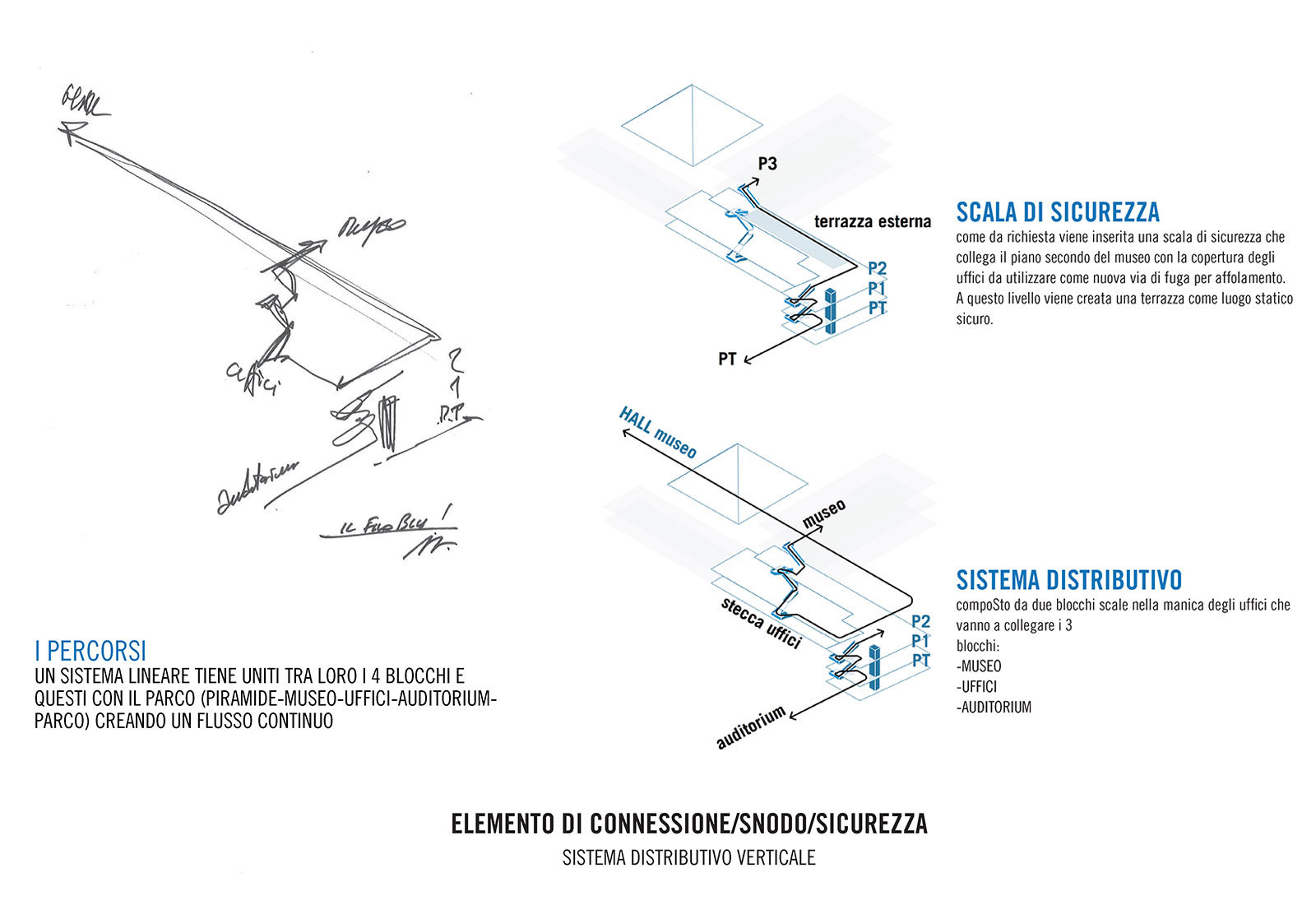 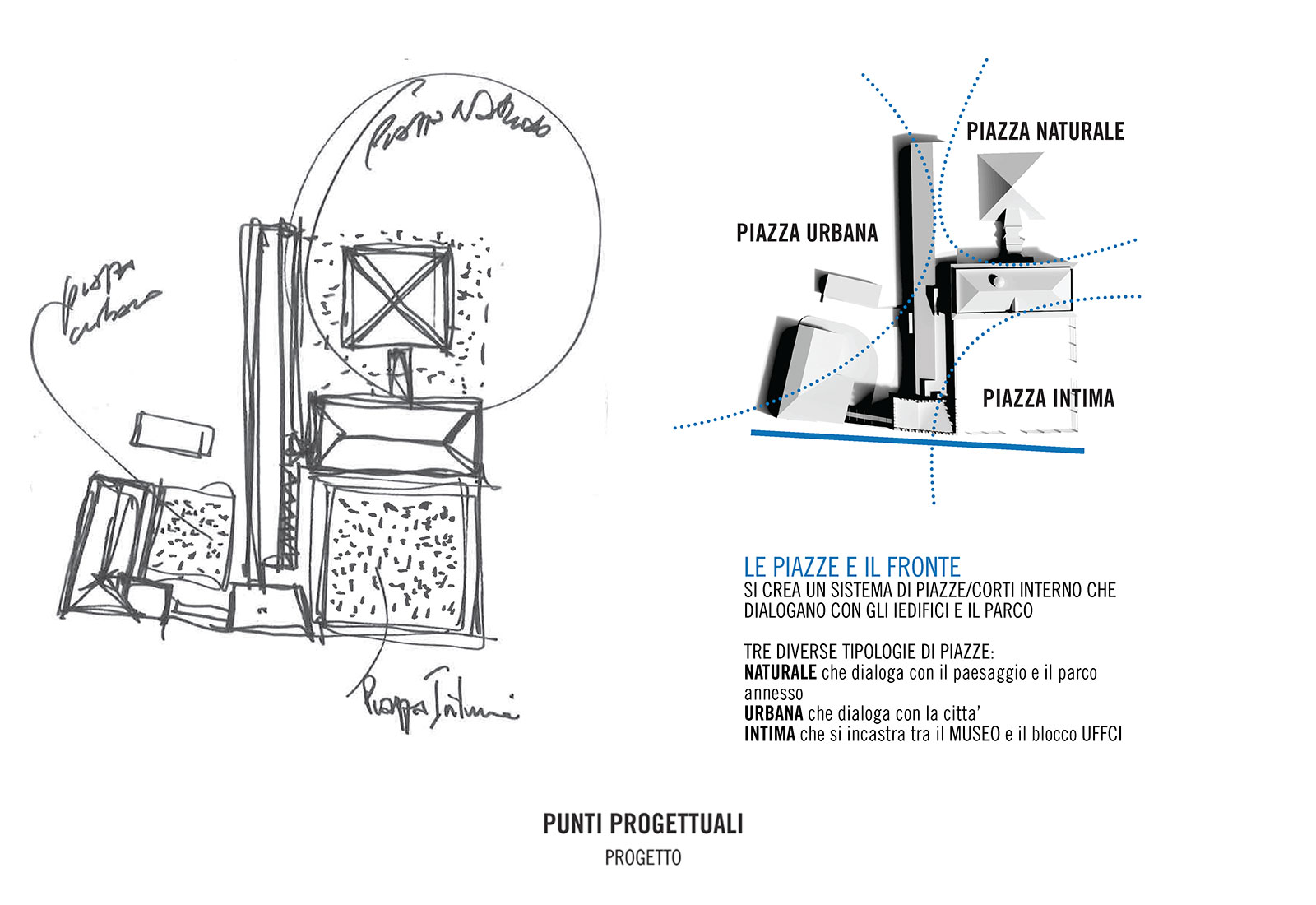 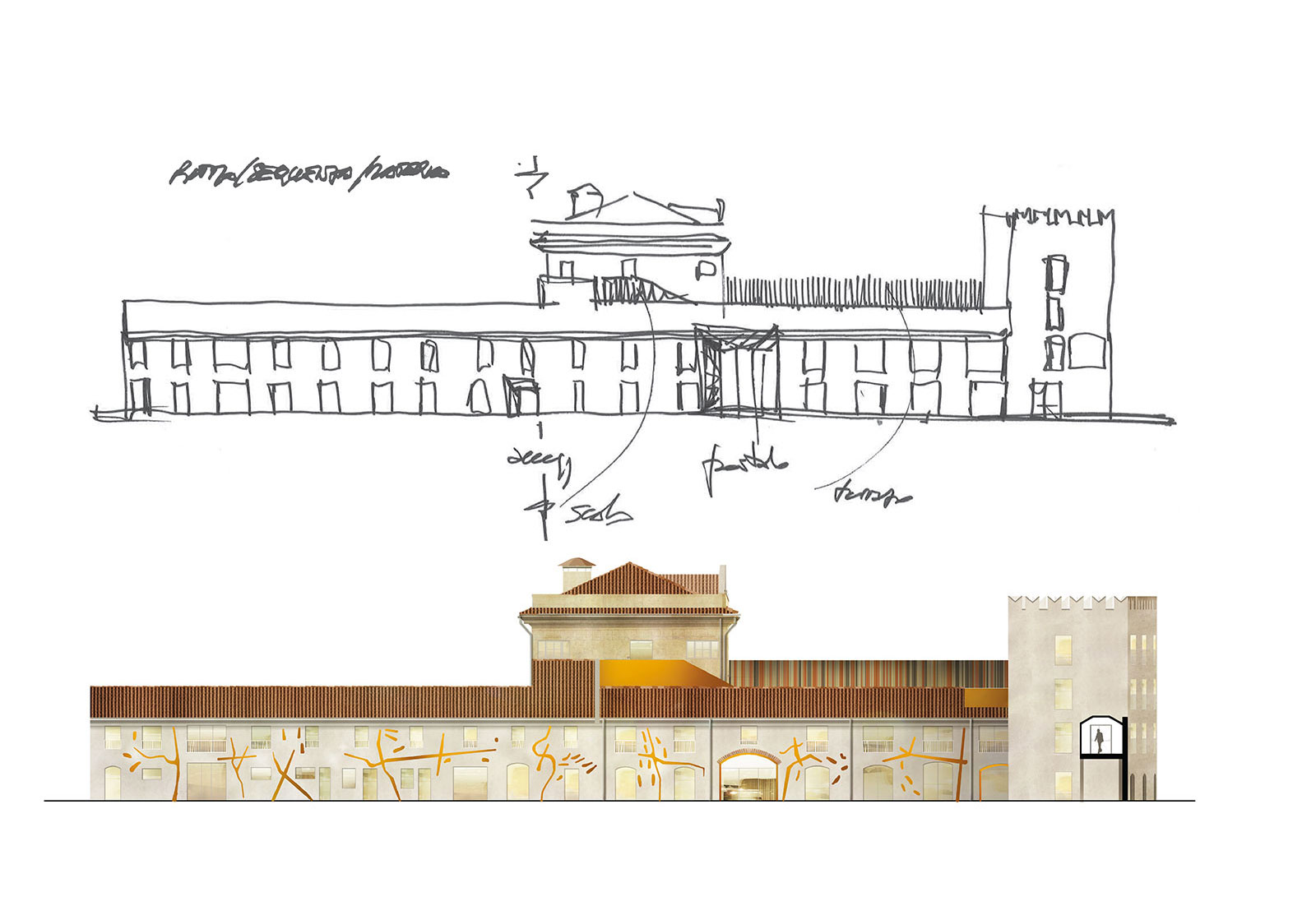 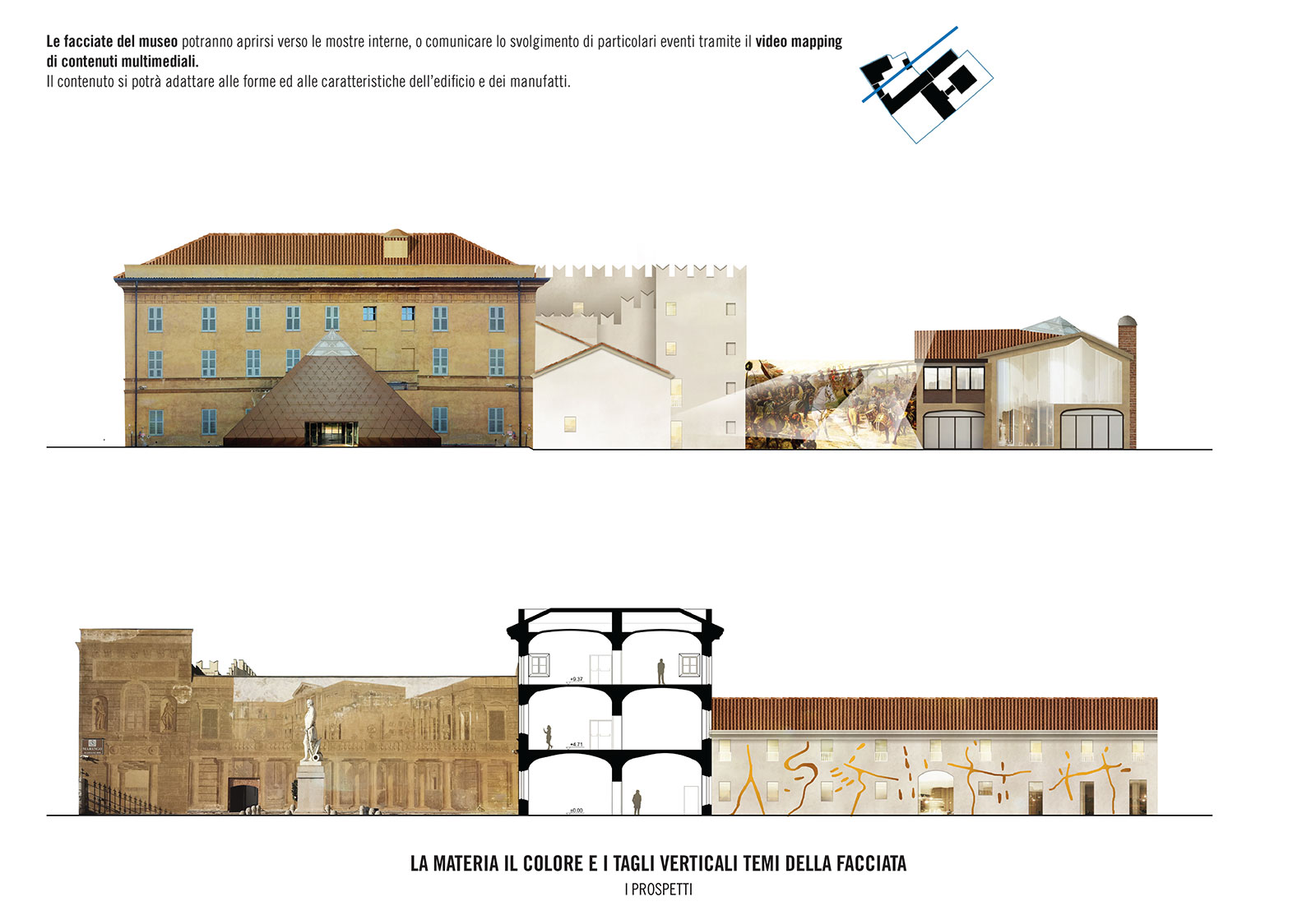 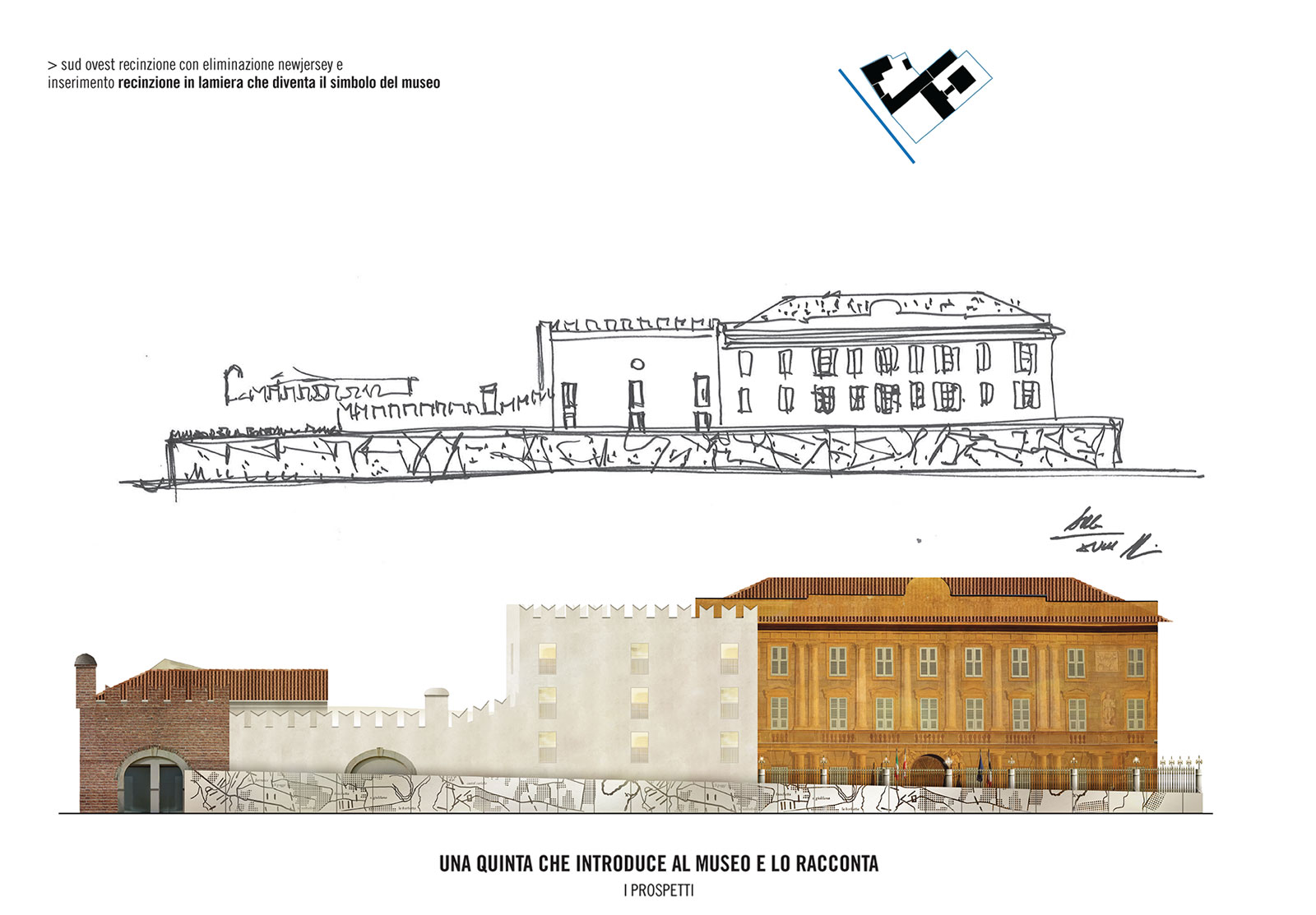 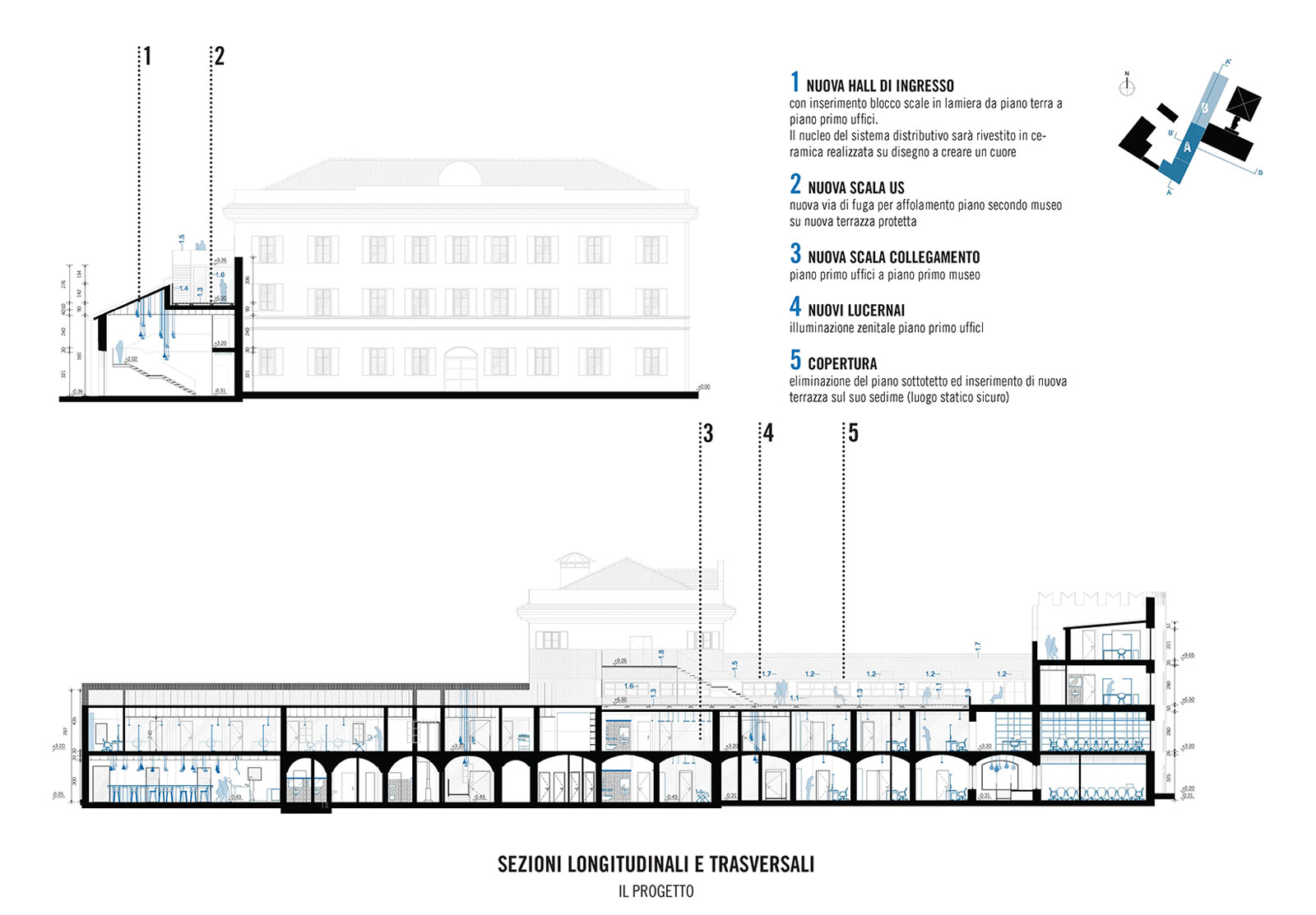 project area:
> auditorium: 630 m2
> former hostel: 1 100 m2
> thermal power plant: 81 m2
> farmhouse: 960 m2
> Marengo museum: 1 119 m2
> entrance pyramid: 290 m2
client: Città di Alessandria
project: Alfonso Femia / Atelier(s) Alfonso Femia
images: ©Atelier(s) Alfonso Femia
“A blue thread between territory, landscape and architecture.” AF
The volumetric articulation in a sequence of figures that flank each other, establishing spatial and visual relationships with the territory, with the architecture of the places and with open spaces is the main characteristic of the Marengo Museum. The project aims to radicalize this aspect by concentrating the main design attentions – capable of connecting and giving an operational and vital heart to the whole complex – on the Manica Rustica system. Paths, sequences, perceptions, public spaces (the 3 squares), landscape are the themes that must dialogue in a fluid and natural succession.

An intervention that focuses on the Manica Rustica but deals at the same time with defining the entrance of the Pyramid building, rethinking its internal atmosphere as a covered public space, an intermediate space between the outside (the landscape and the territory) and the volumes of the museum, where a floor with writings that recall the history of the places and a new lighting seek to free the space making it more convivial. In this way, a blue thread is introduced creating the necessary elements for the re-functionalization of the complex (the safety staircase, the new terrace, the new space-planning of the Manica Rustica) and an action is triggered to enhance the value of its heritage following a process that can be enriched over time with further ideas and actions.