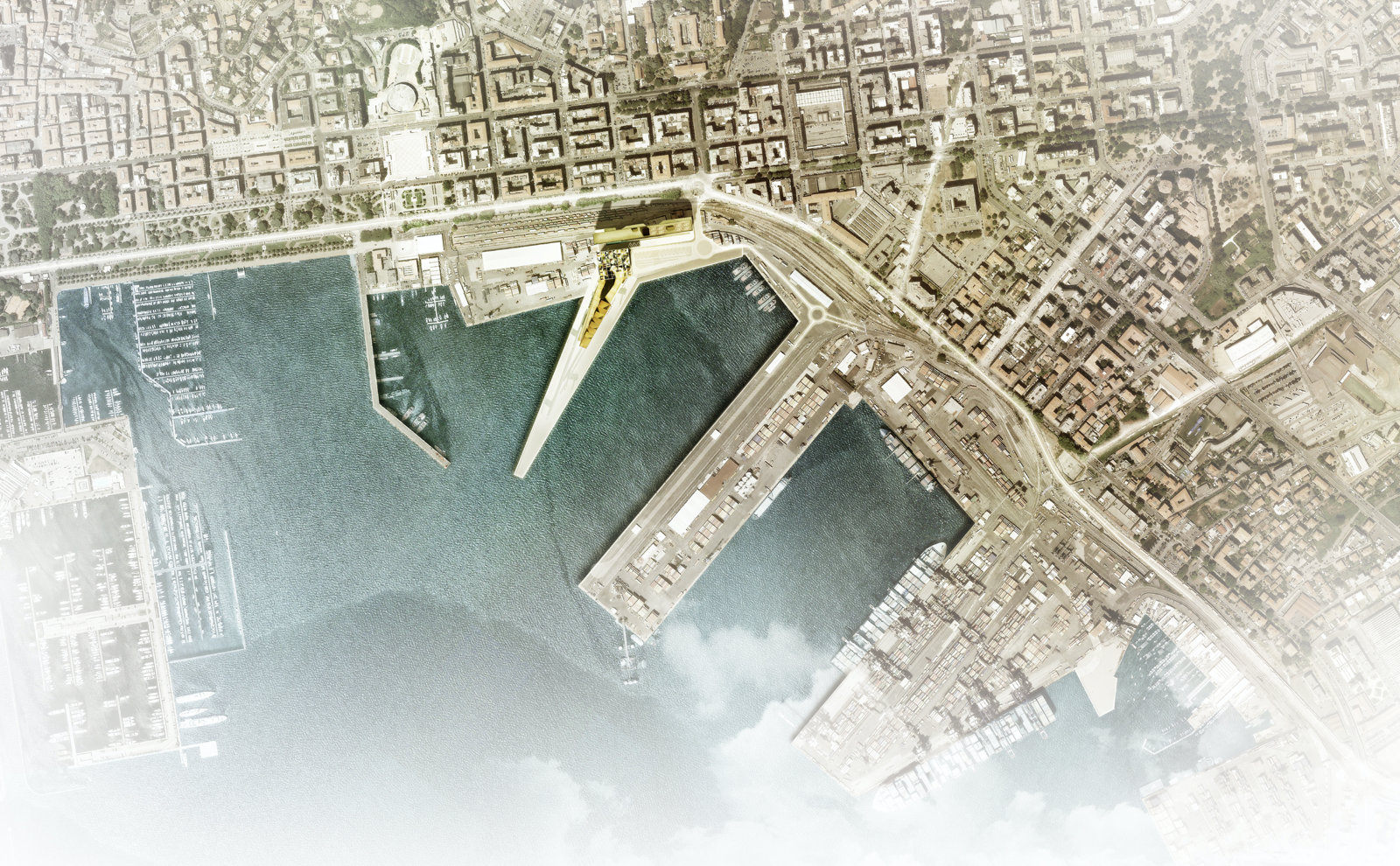 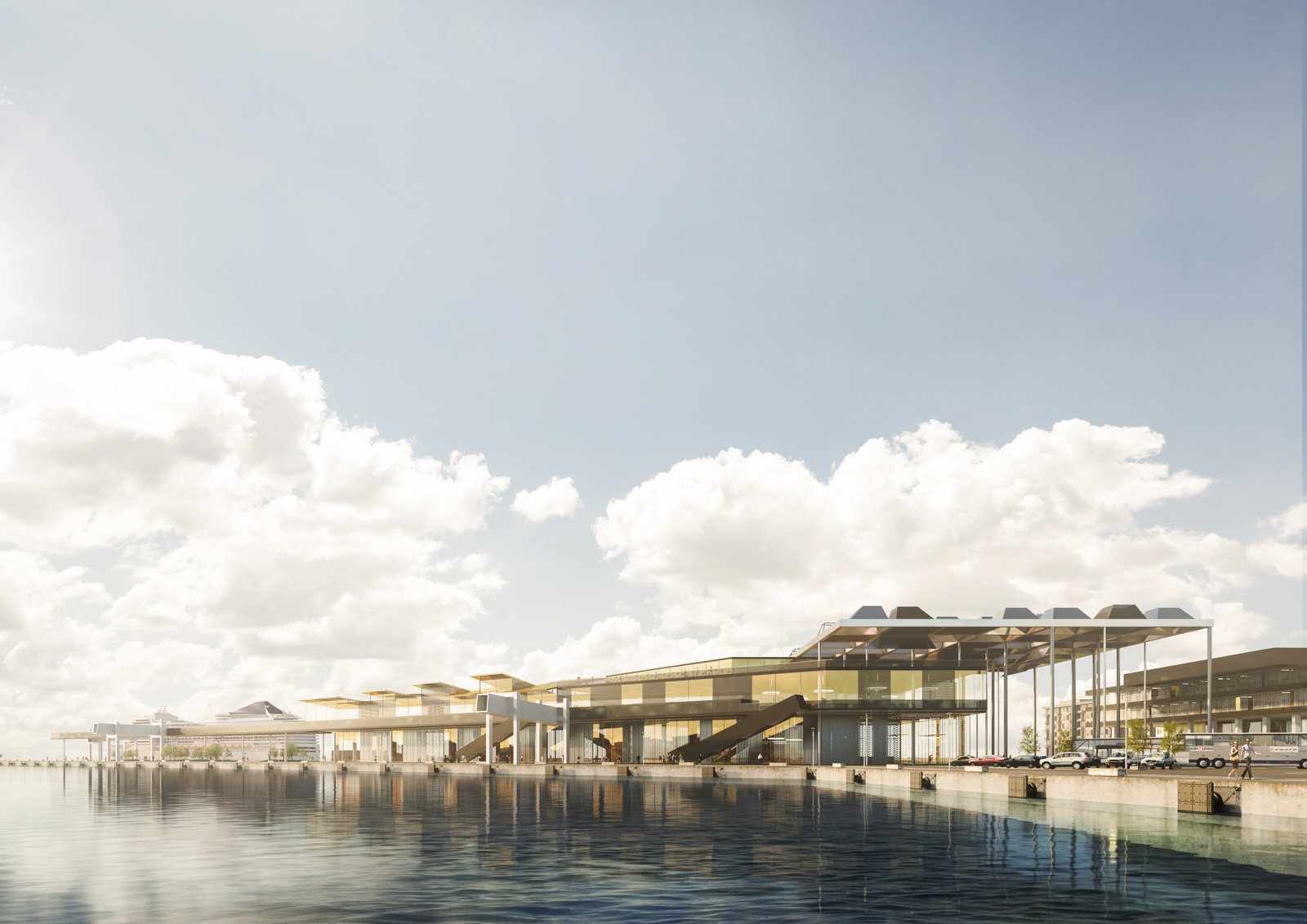 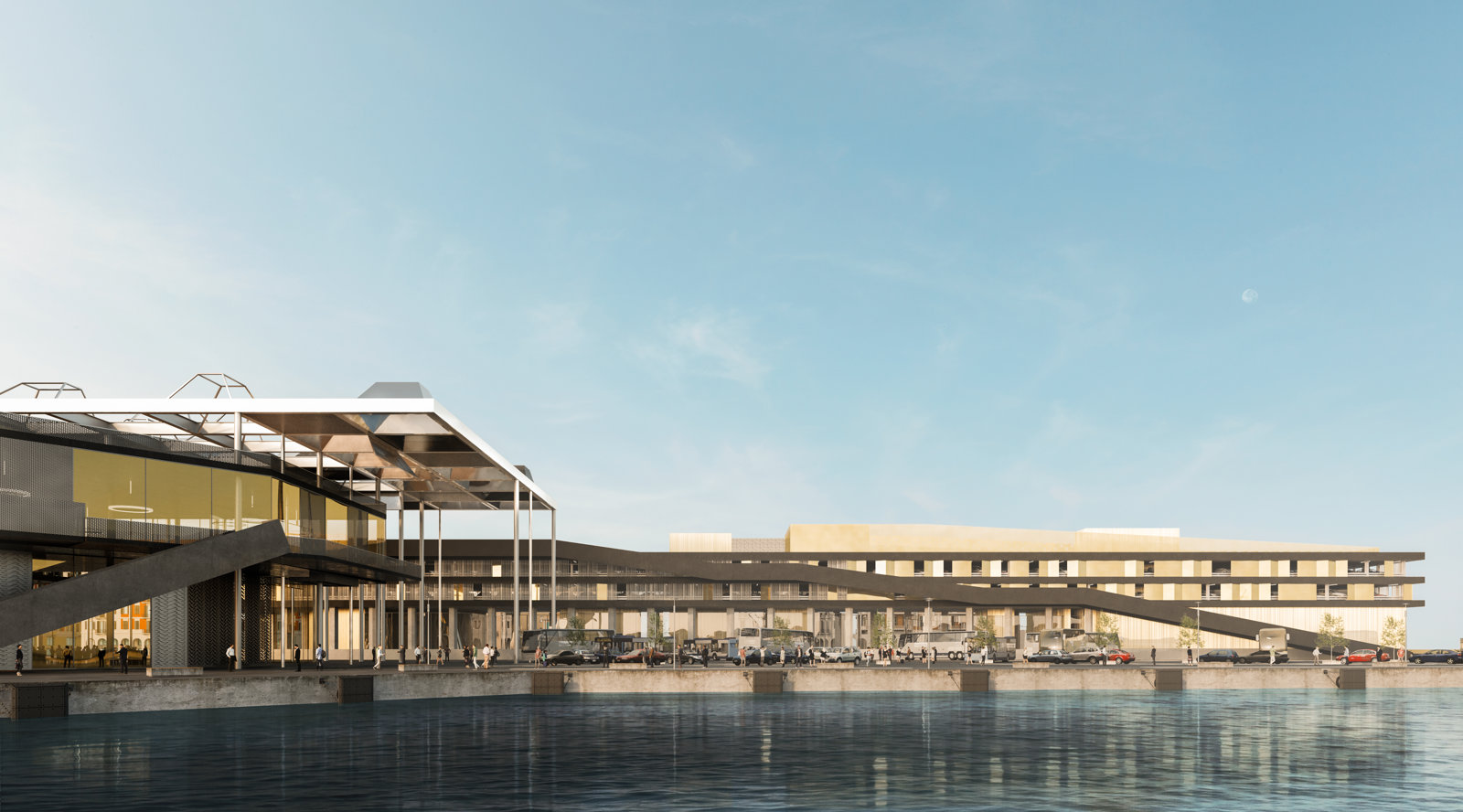 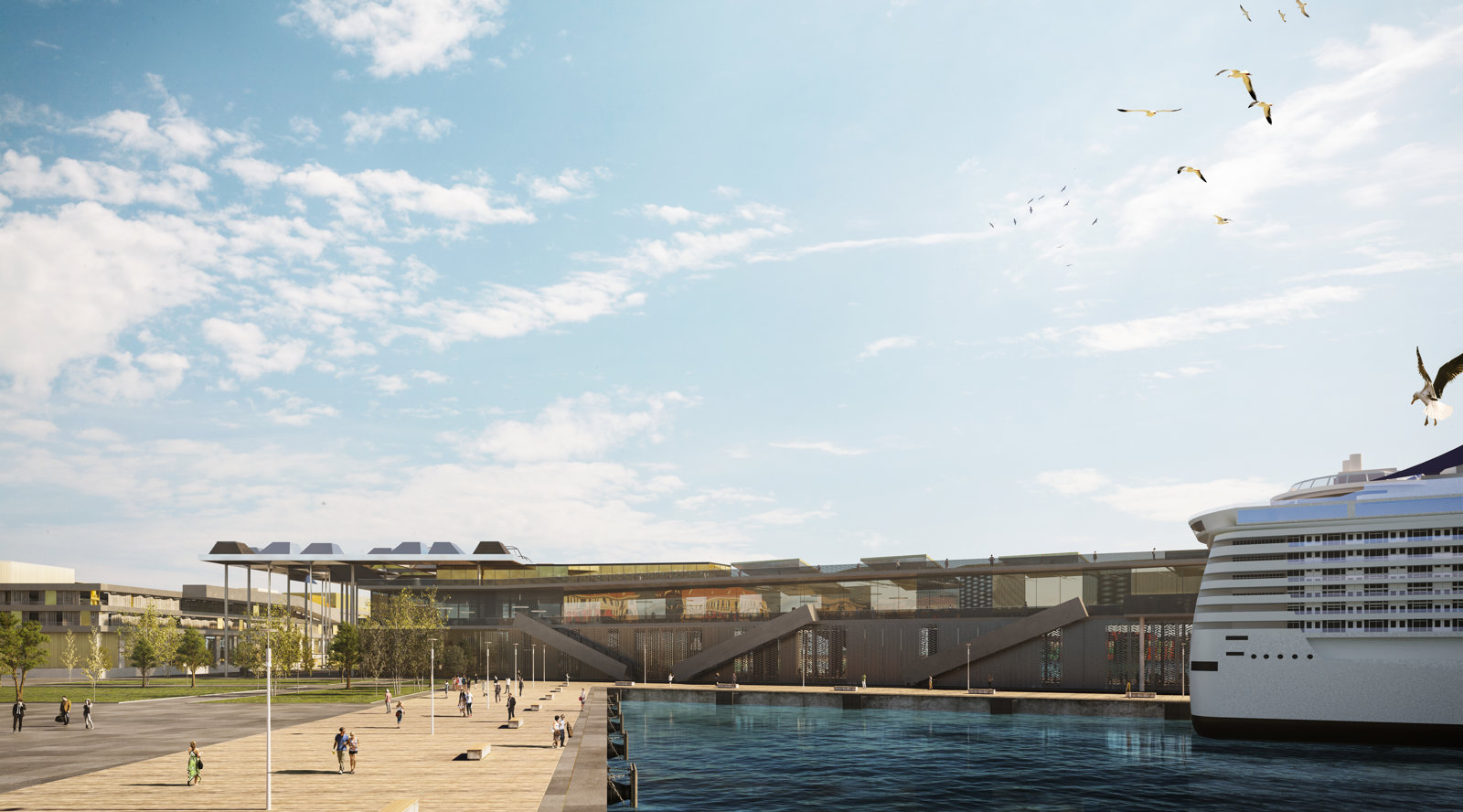 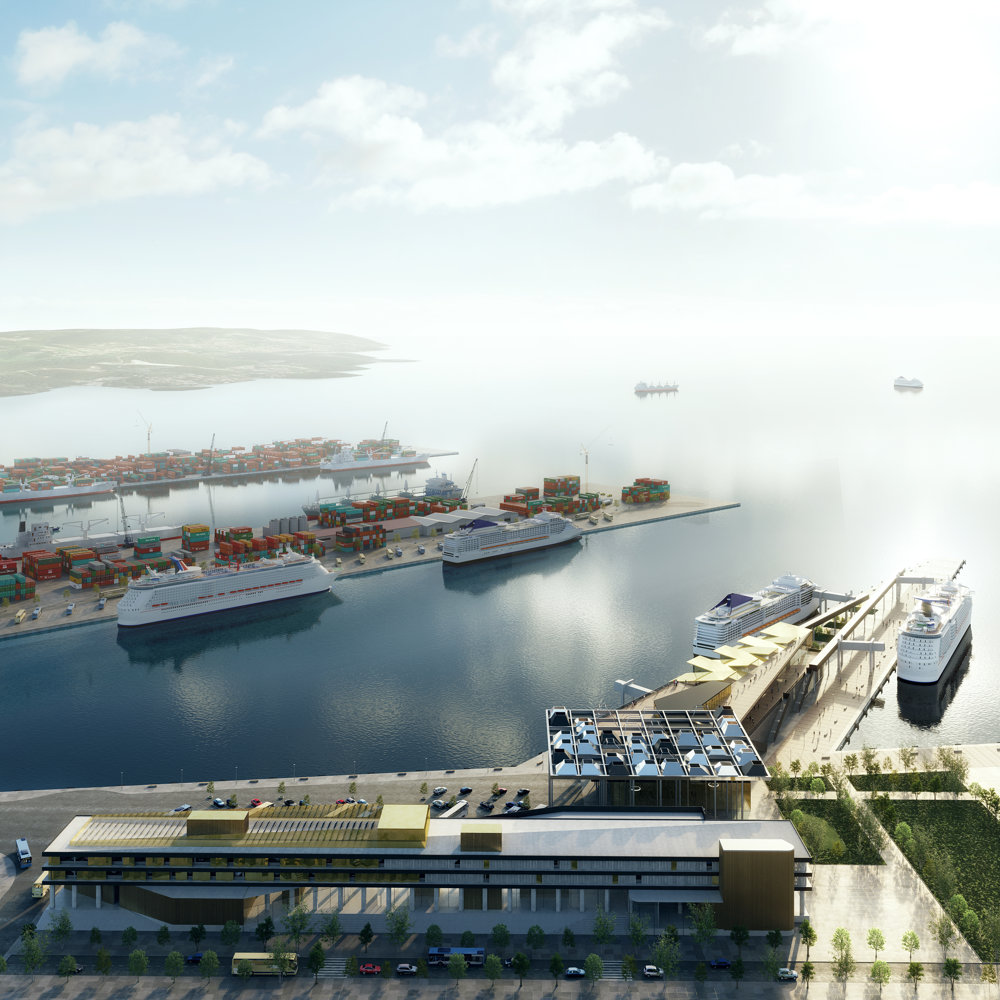 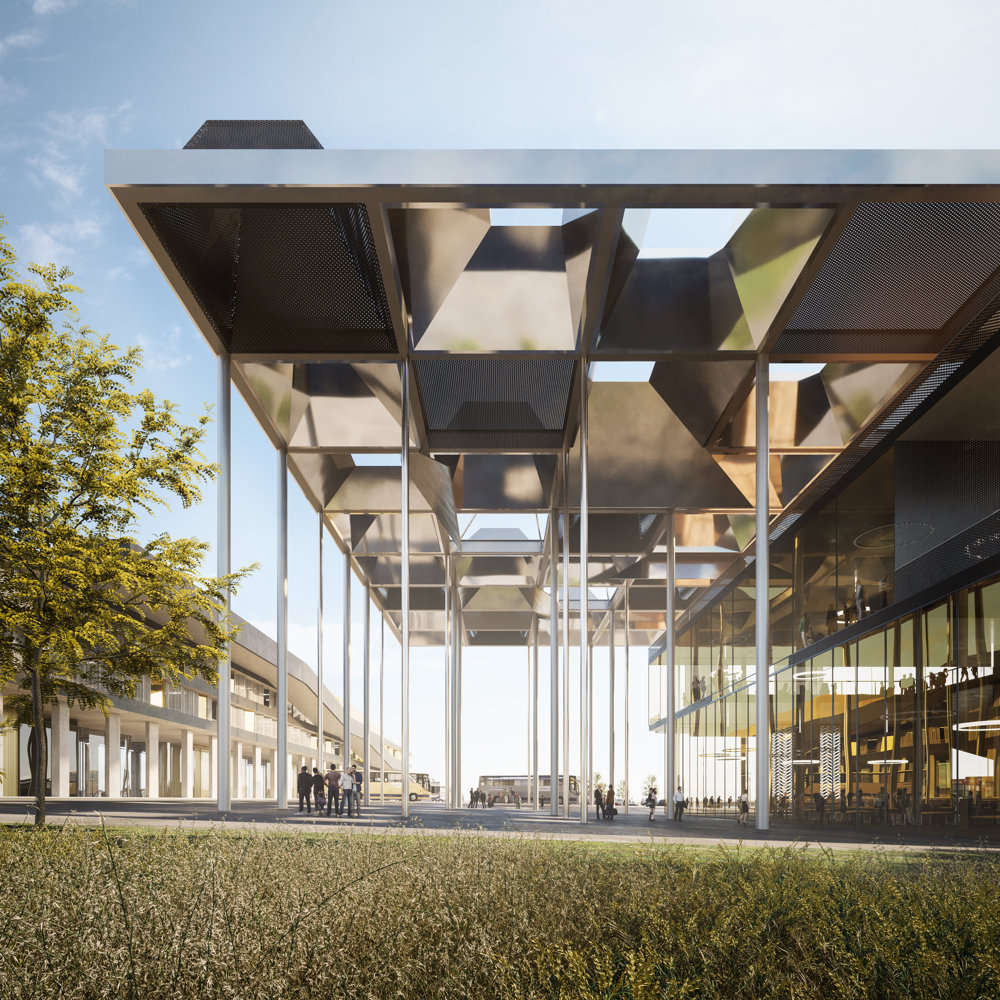 The project proposal is a system of urban spaces :
_the public building / the terminal
_the urban square / the pergola
_the filter building / multifunction

Their position, geometry and volume responsibly seek the fullfillment of the main requirements of the work: accessibility / safety / landscape balance / urban relationship in times of non-activity / architectural quality. It also aims to anticipate or be part of a wider picture that will determine the requalification of Calata Paita on La Spezia’s side.

The project will be characterized by a horizontal stratification of transparent planes, porous at times, connected by a big urban pergola, « monumental » and artistic for how it can be realized, and for the value it will have in capturing and reflecting light, retracing some of the great contemporary architectural experiences.
city  cruise terminal  harbor  Italy  La Spezia  landscape  parking  public building  sea  urban square  waterfront