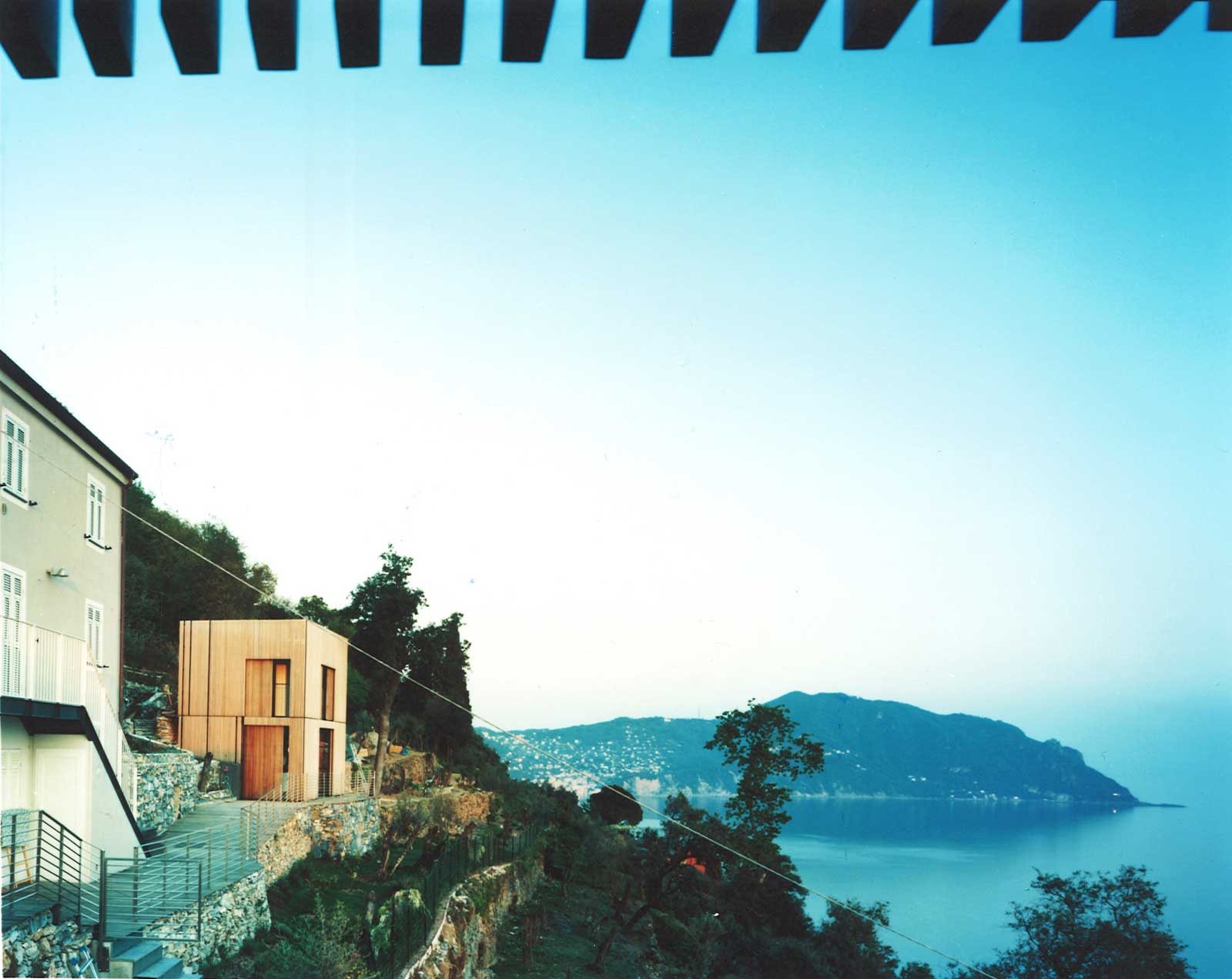 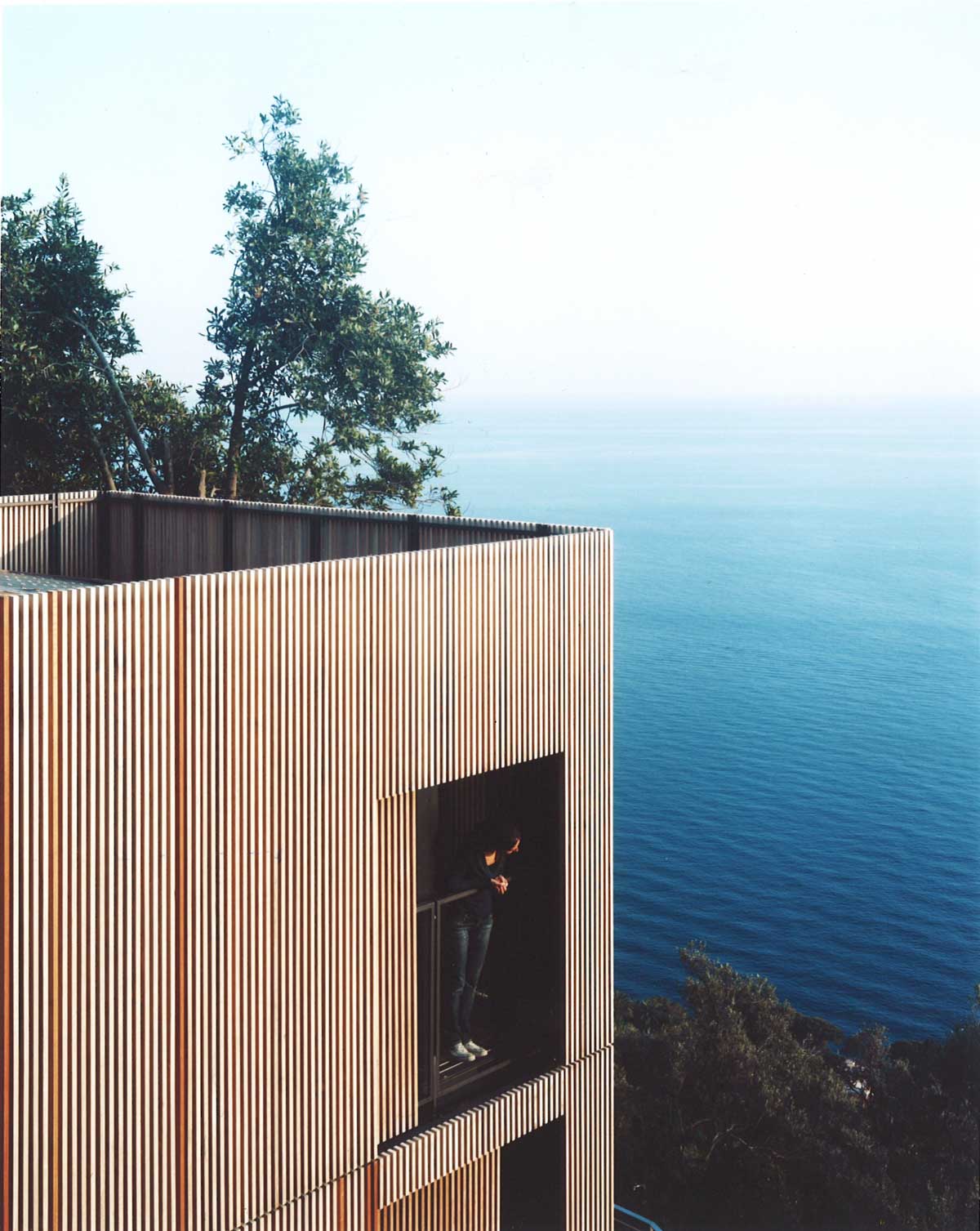 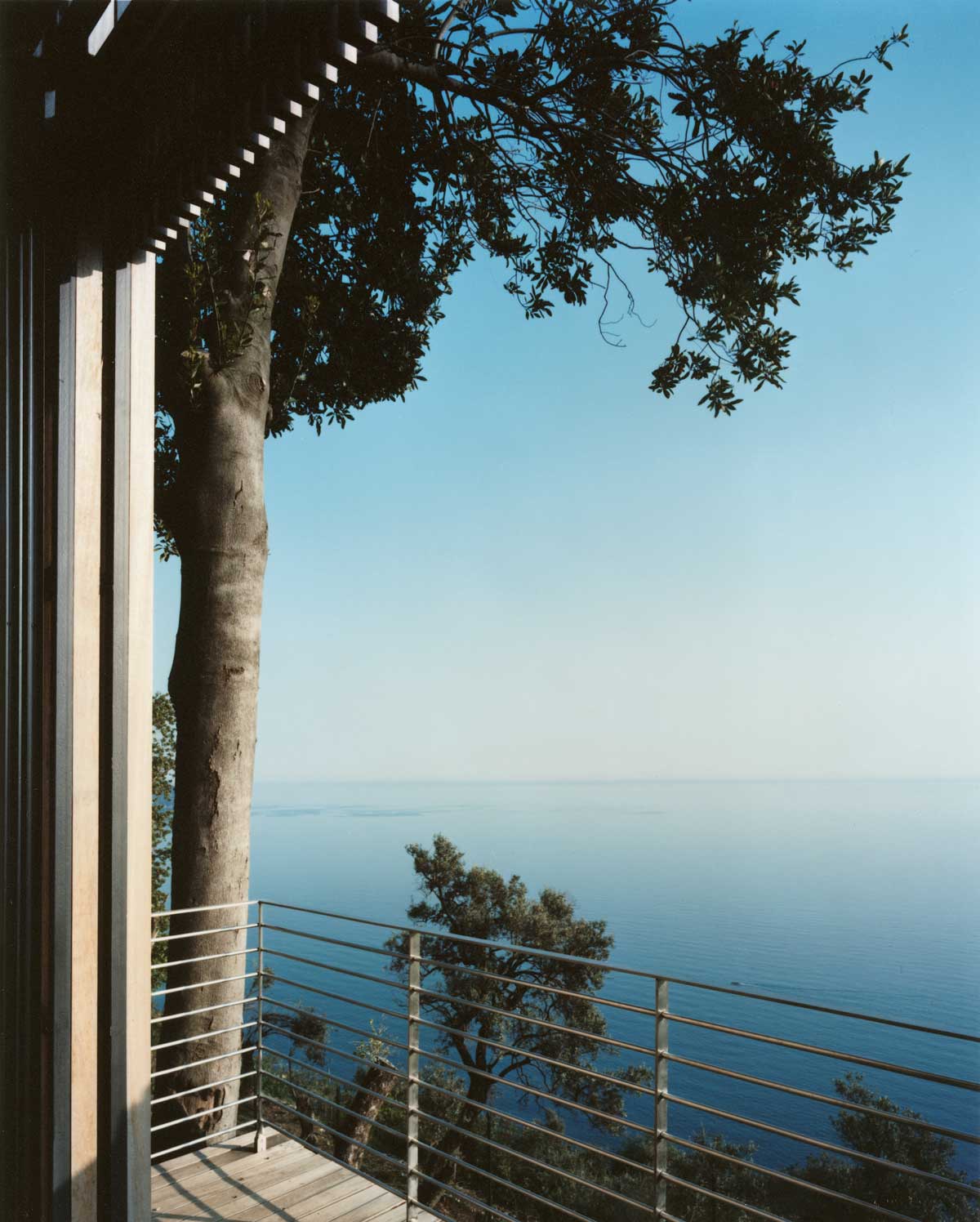 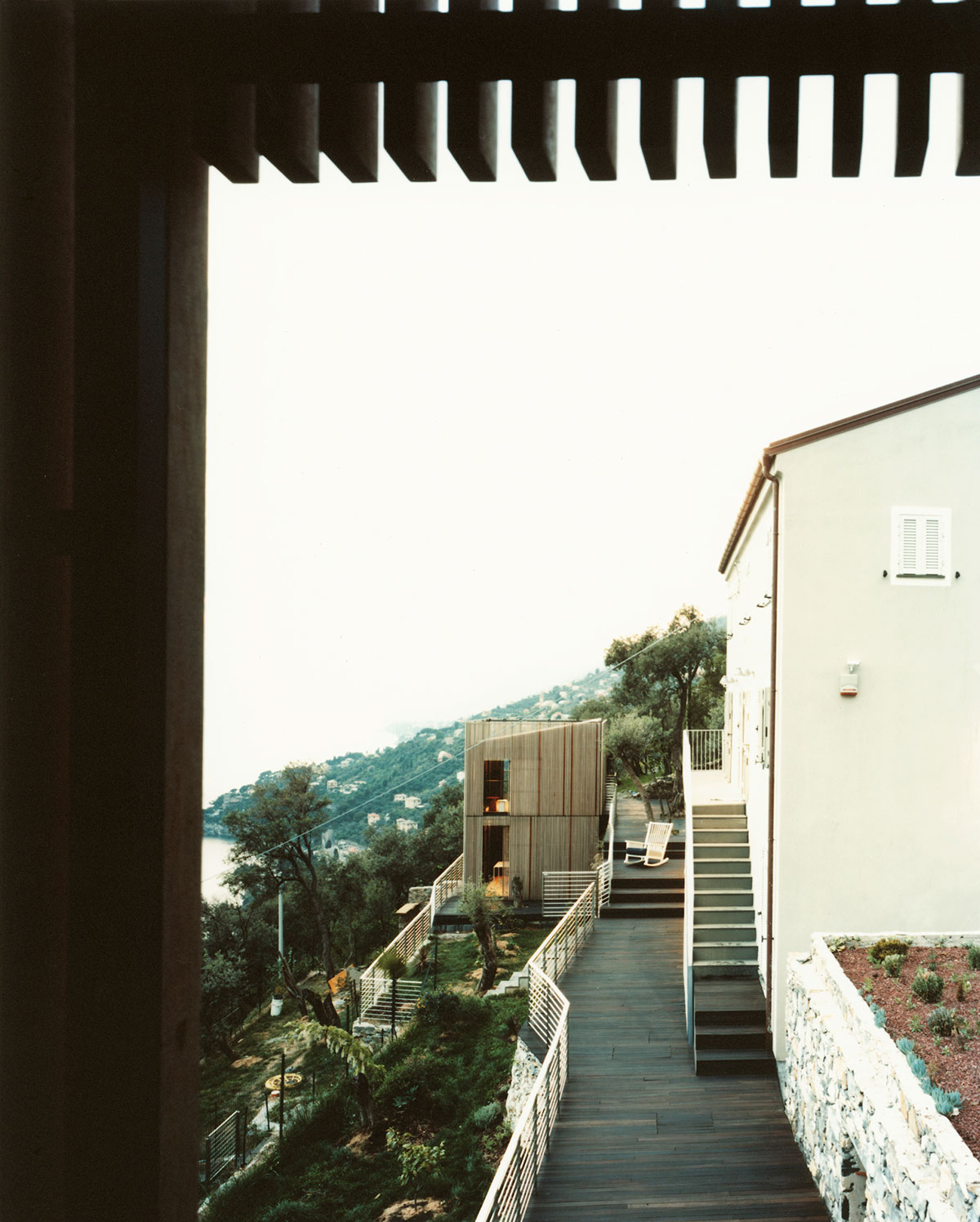 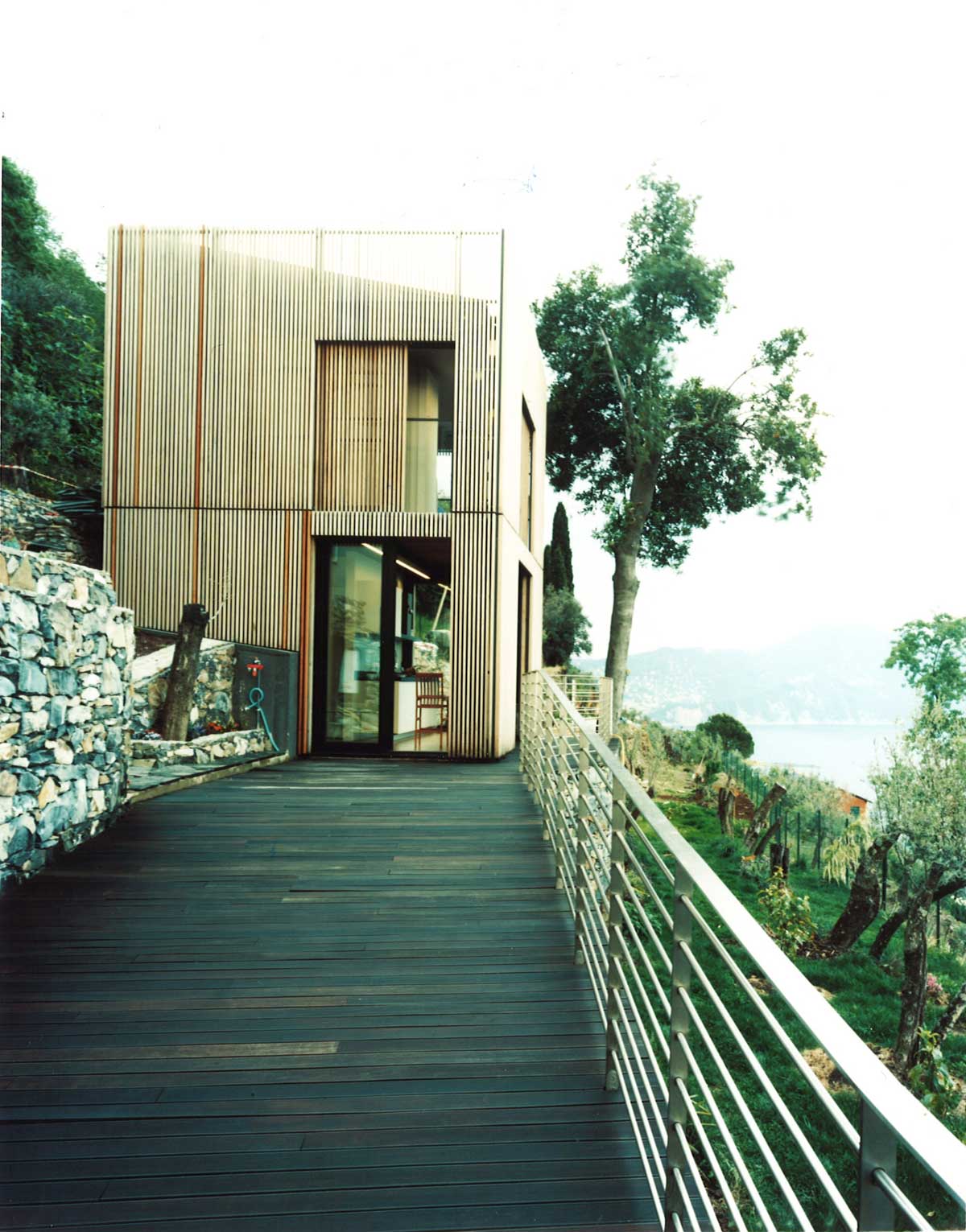 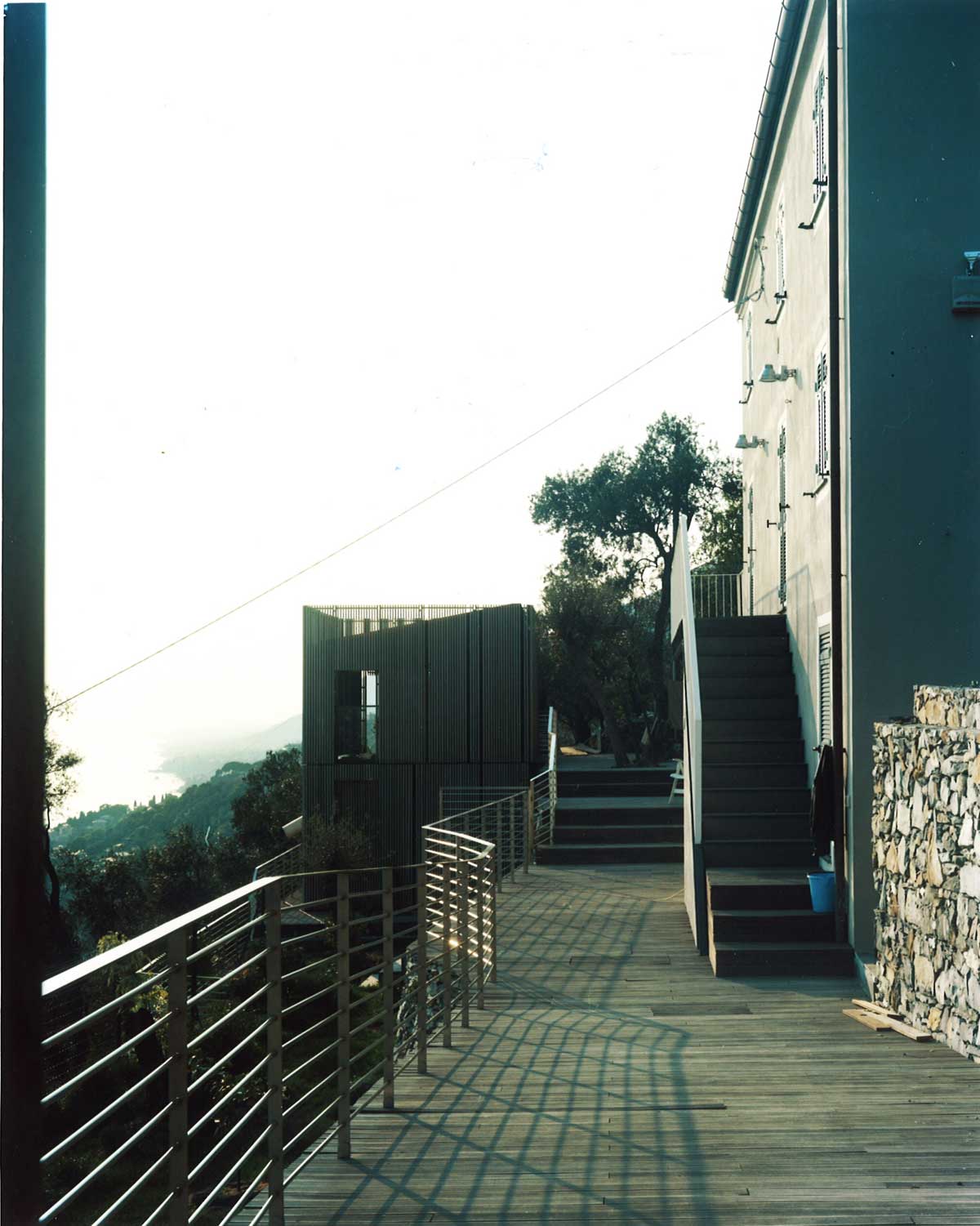 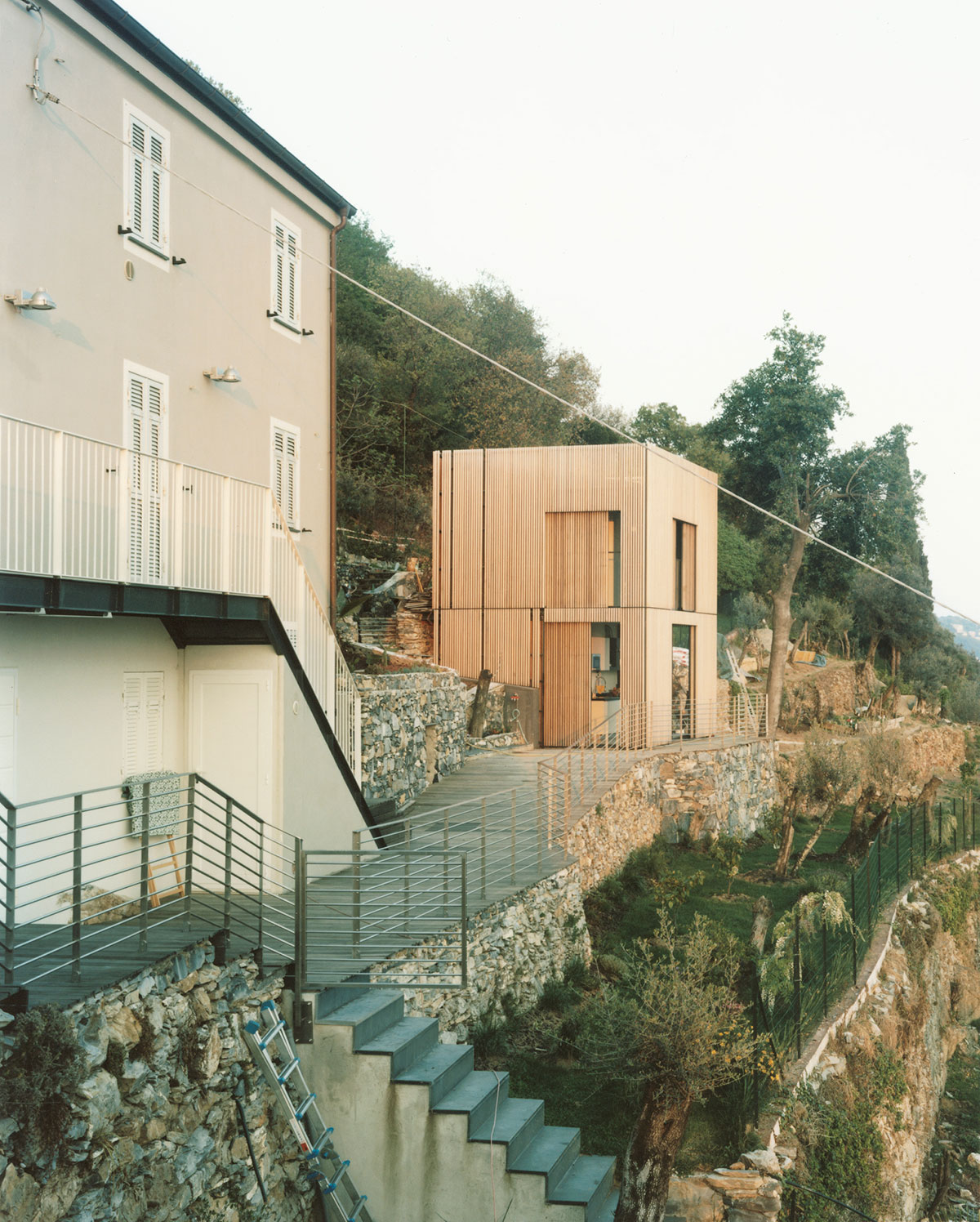 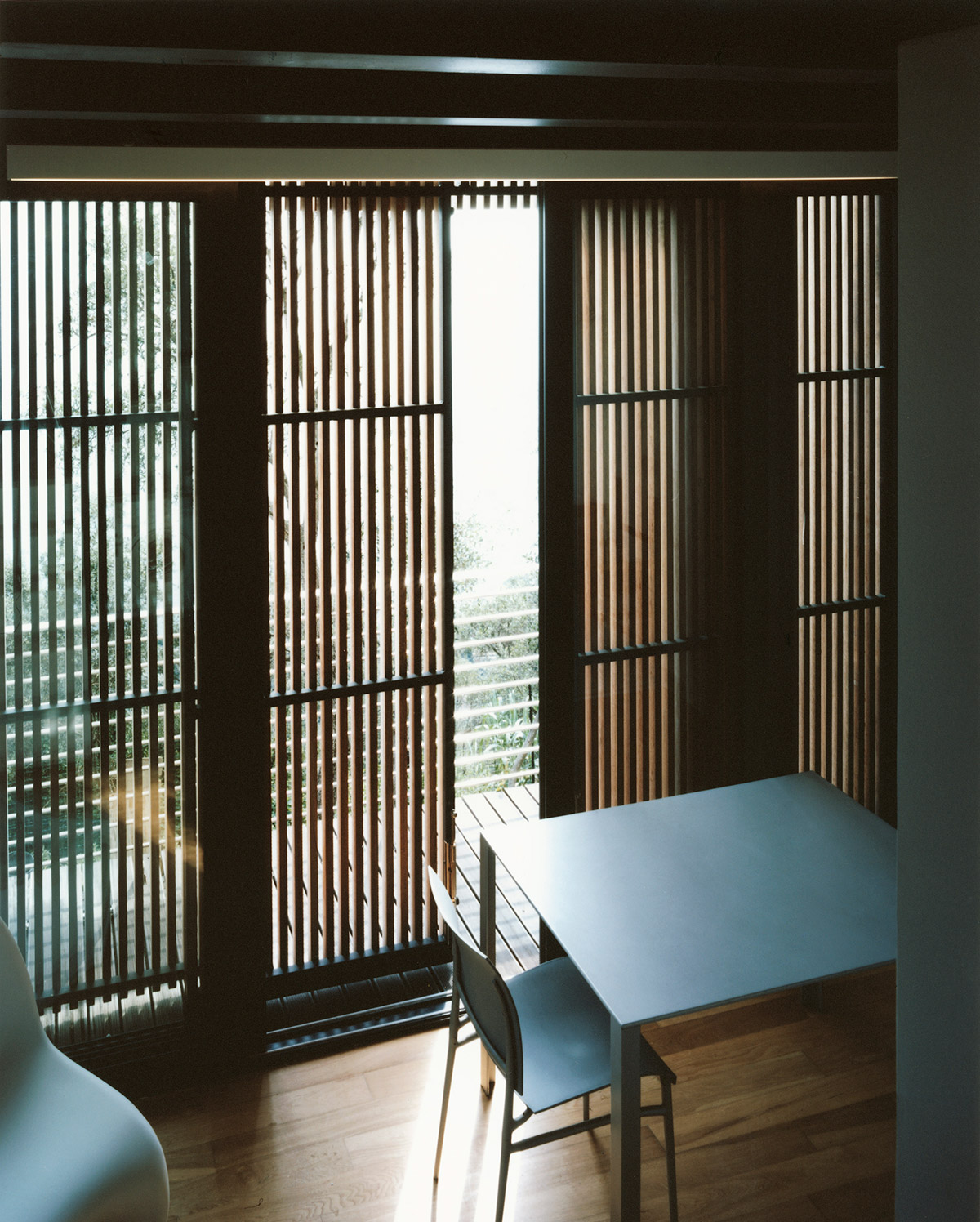 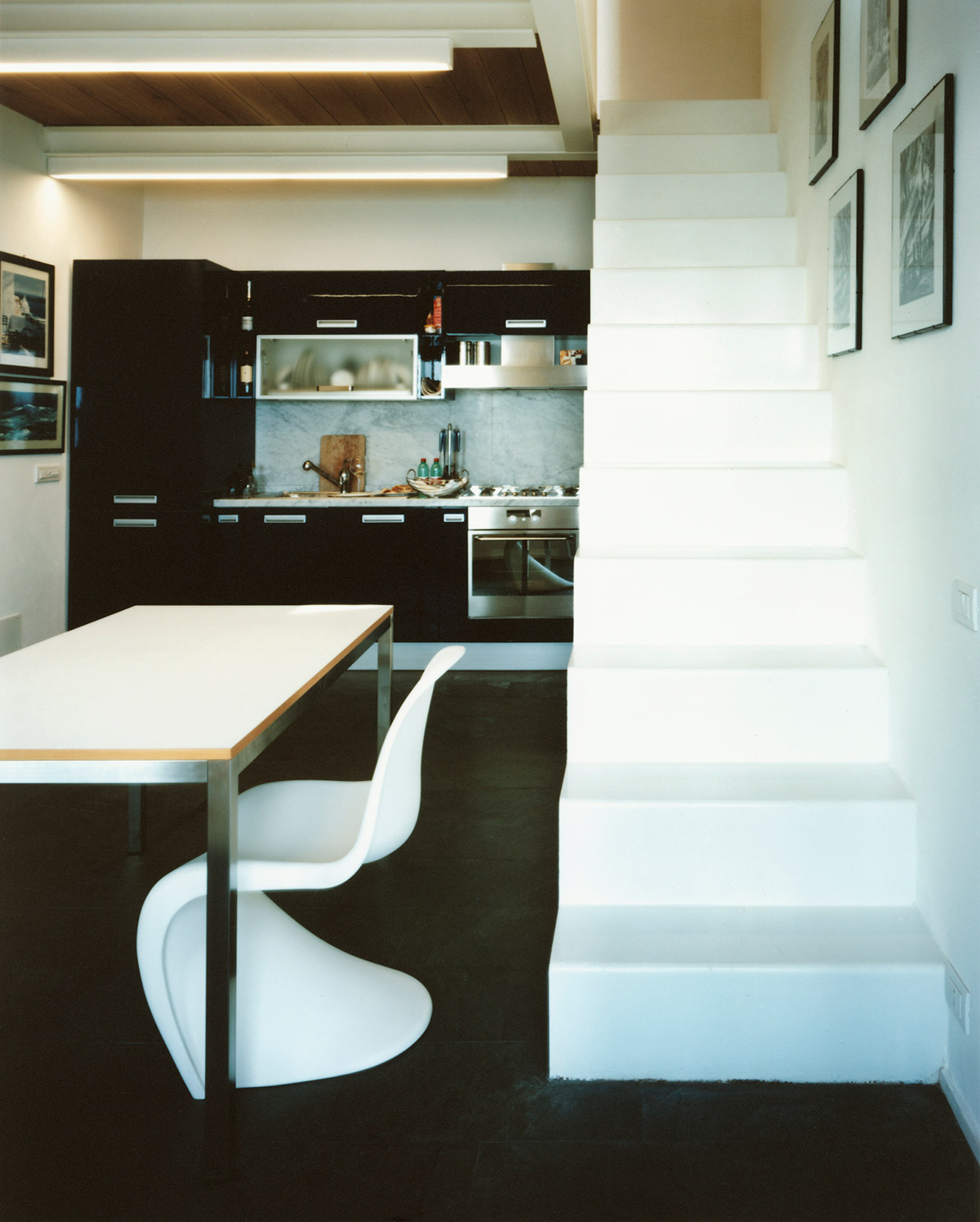 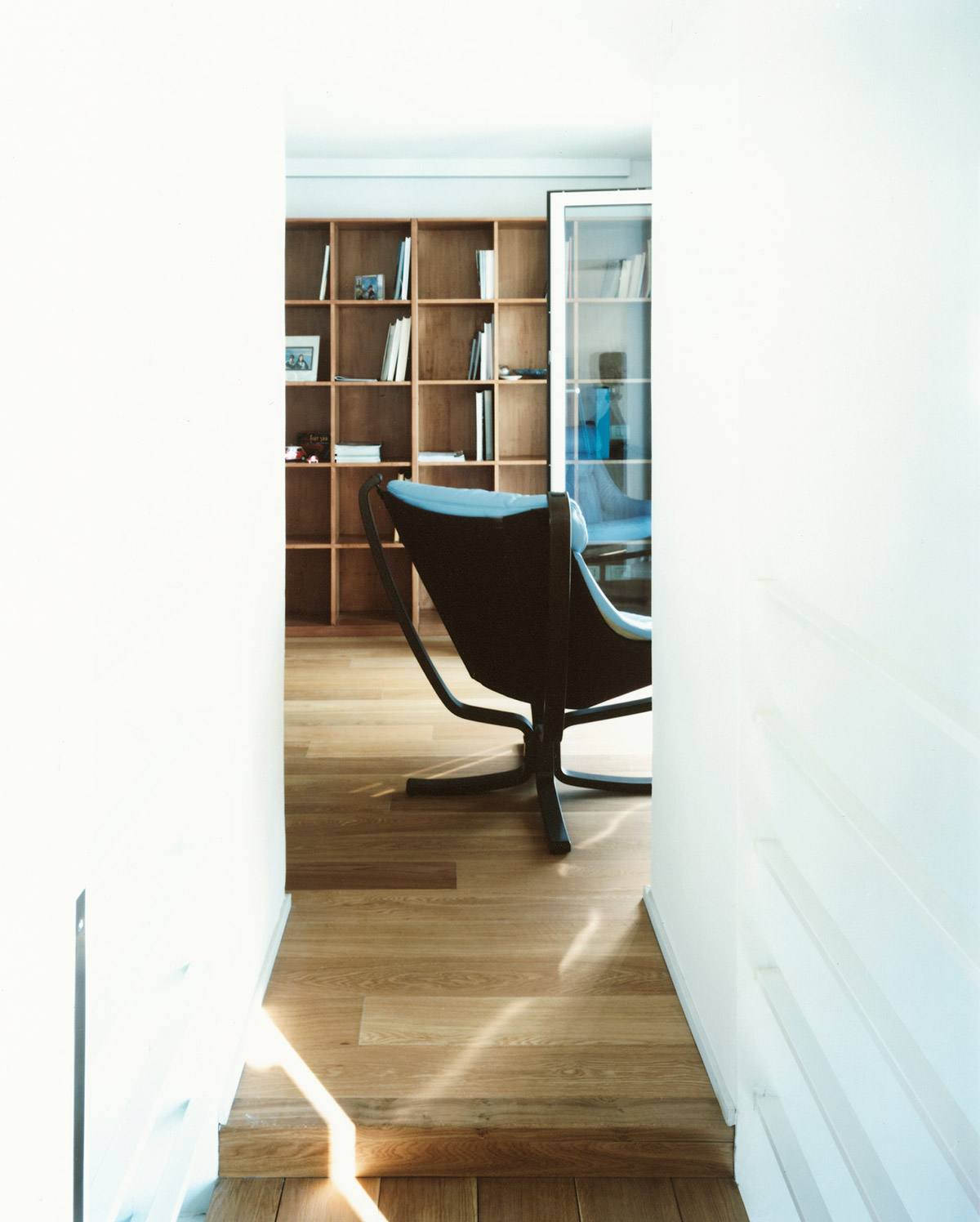 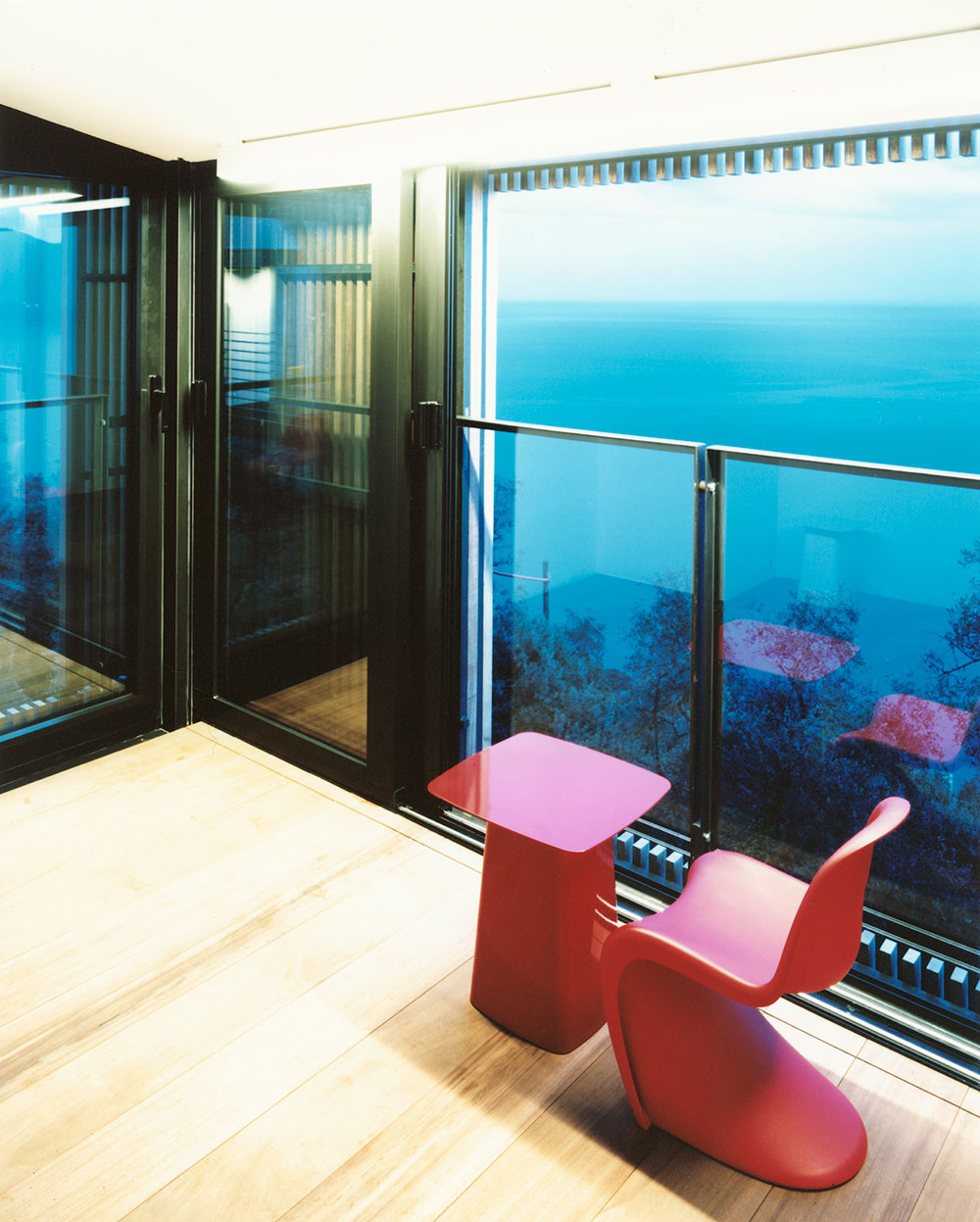 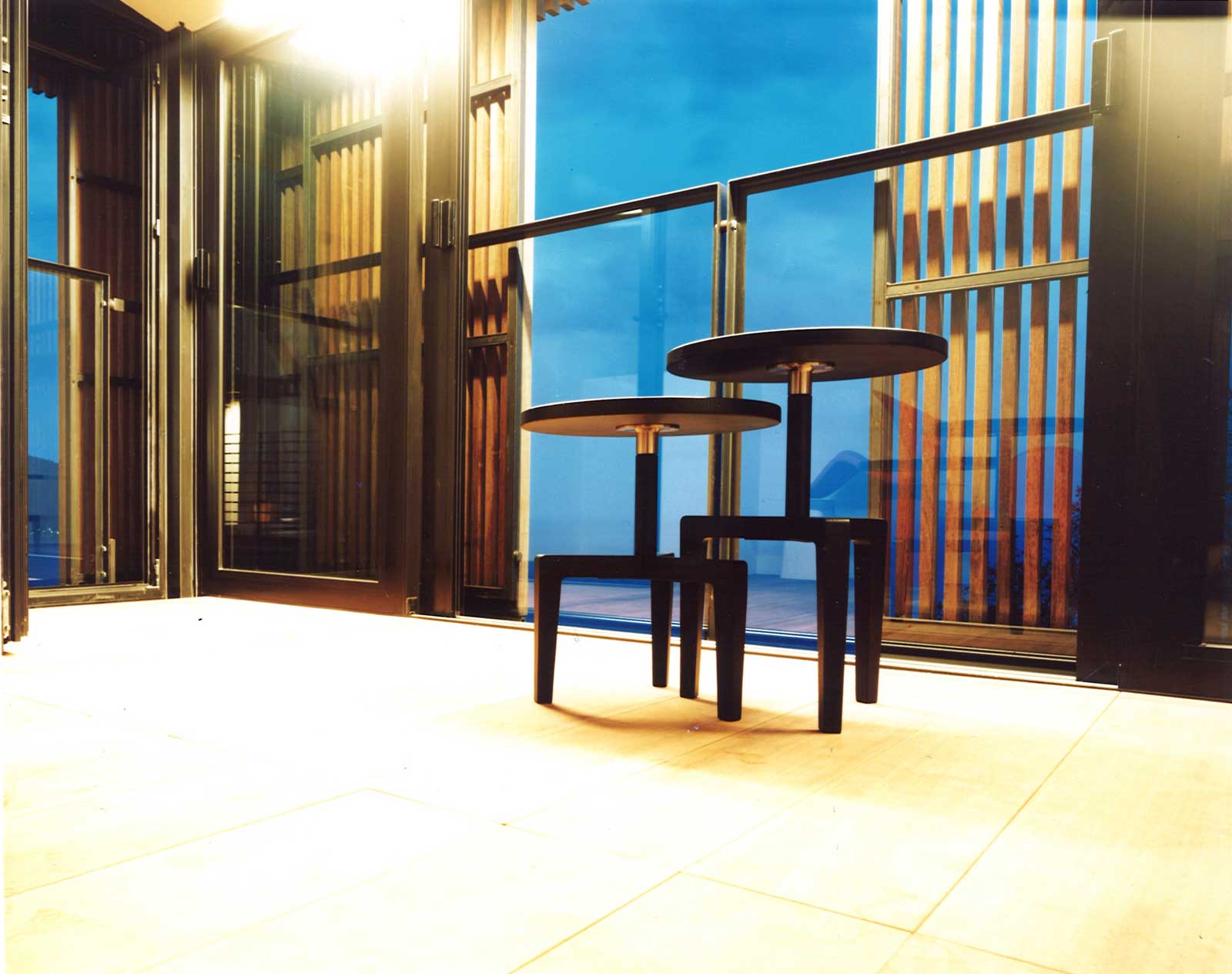 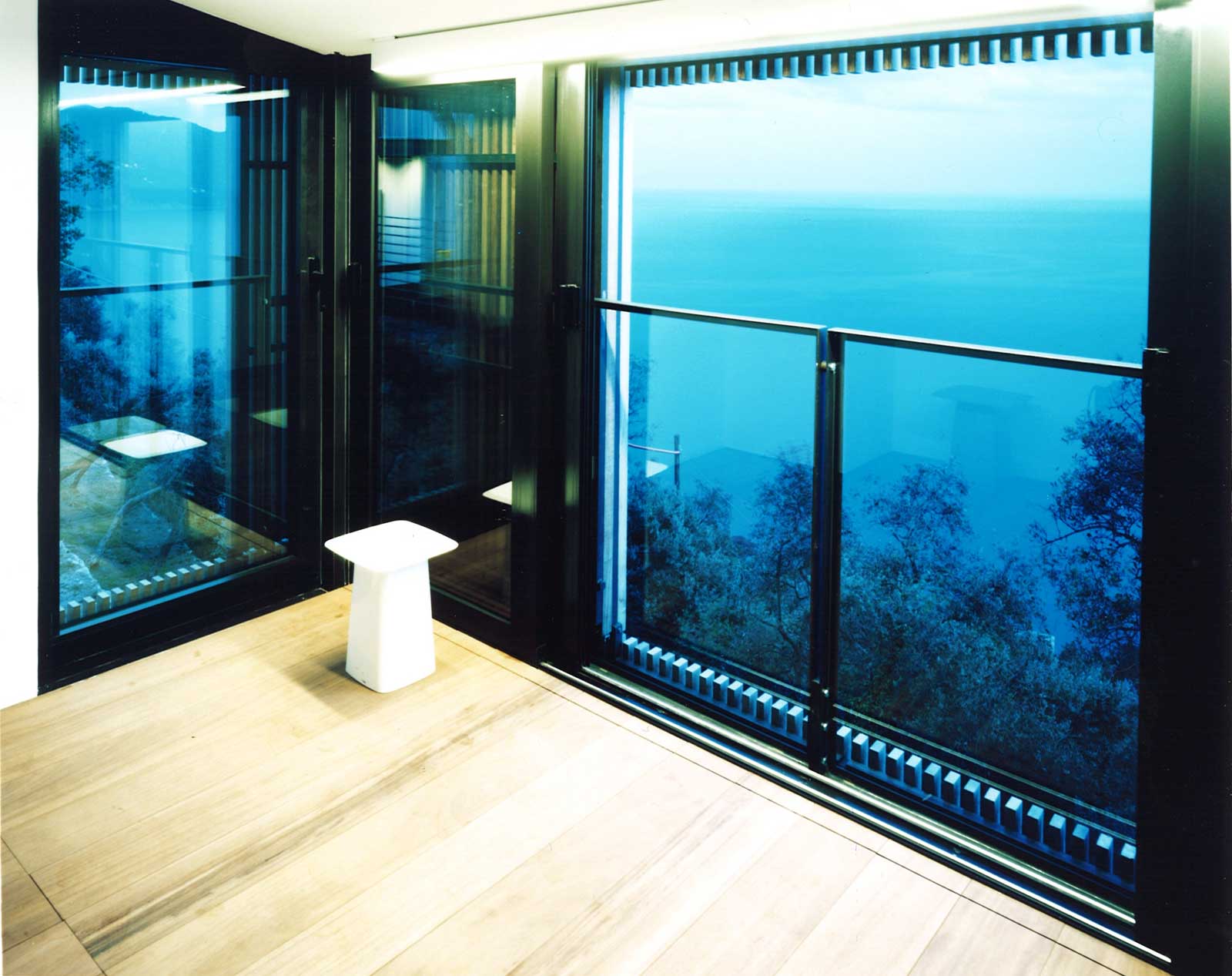 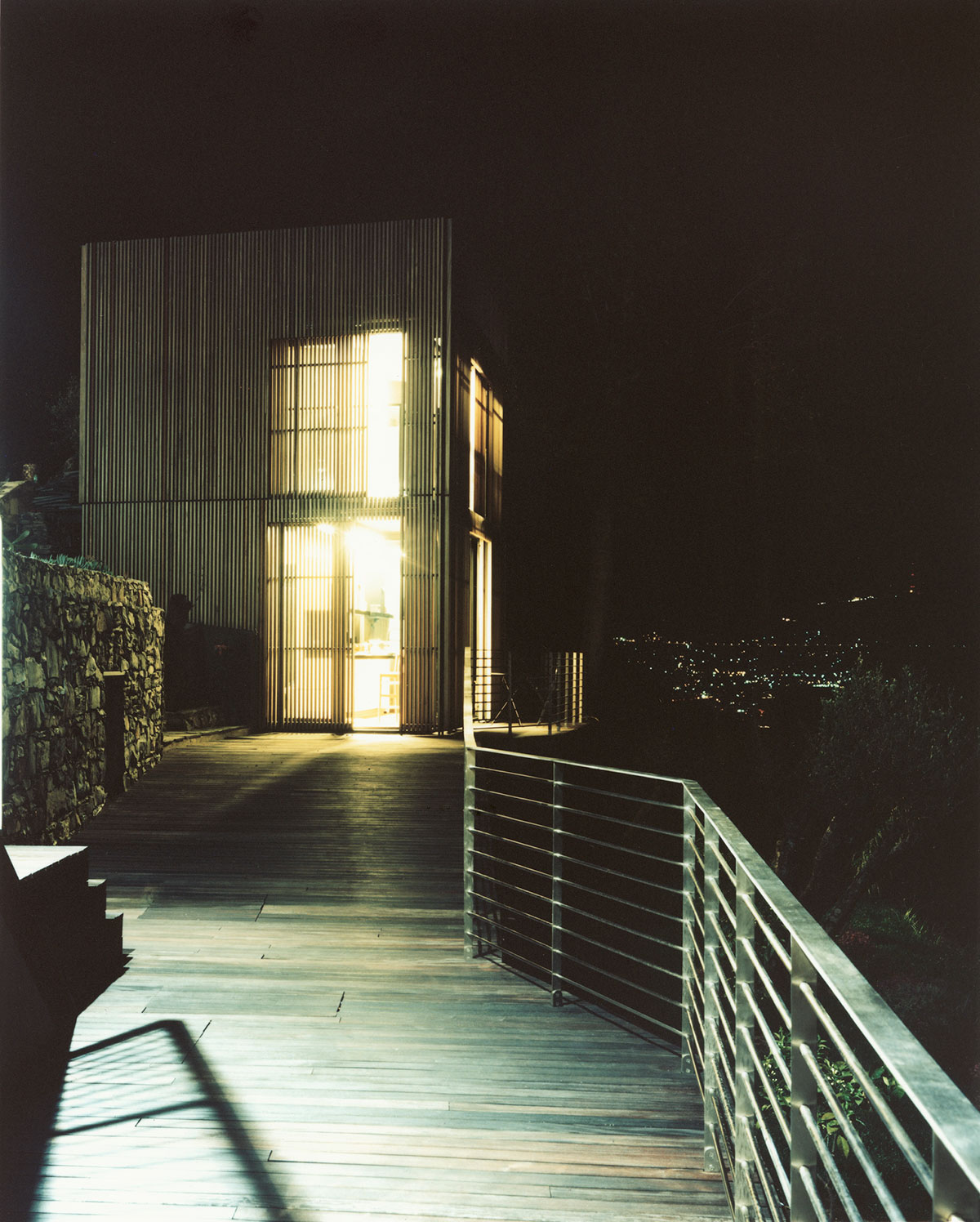 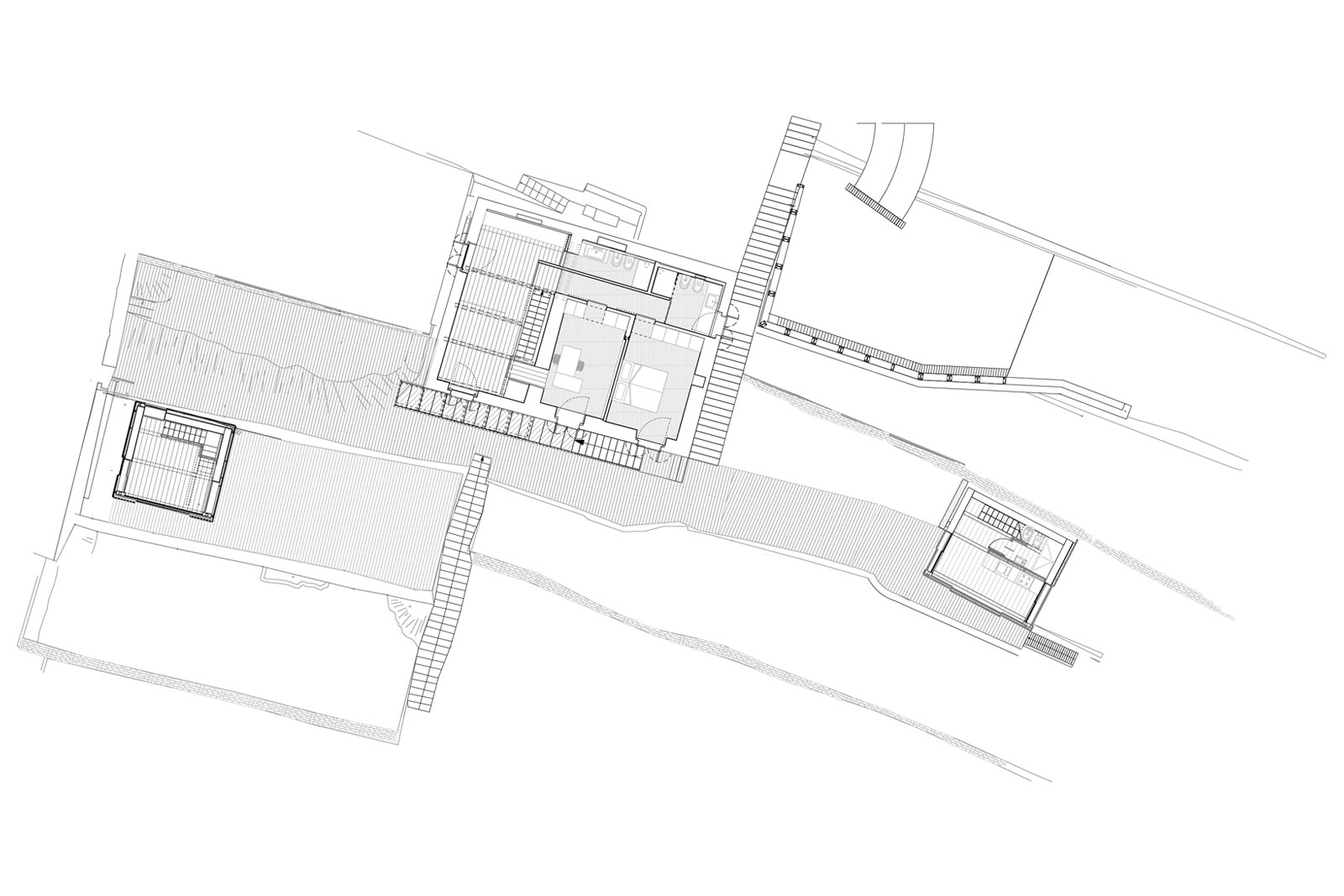 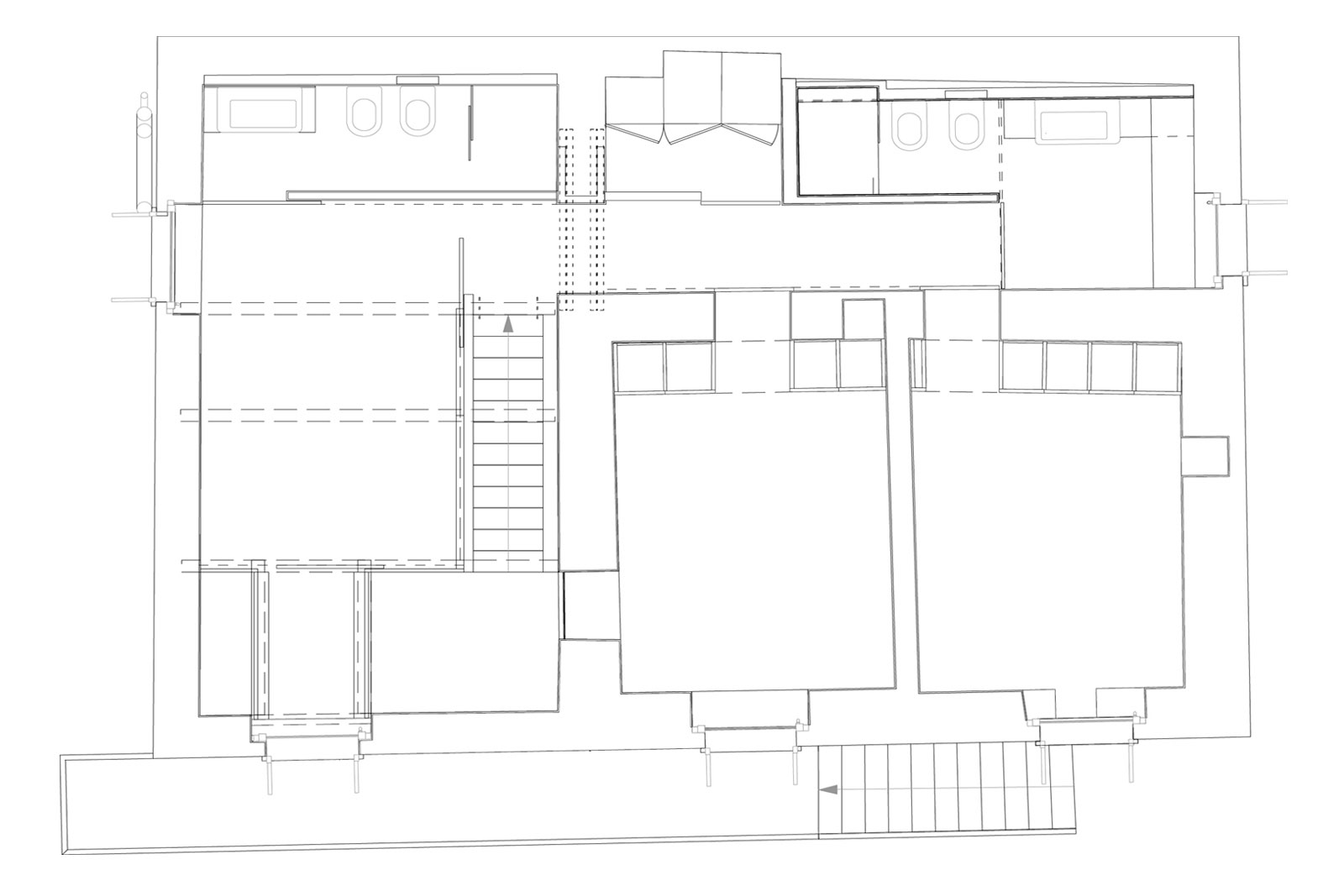 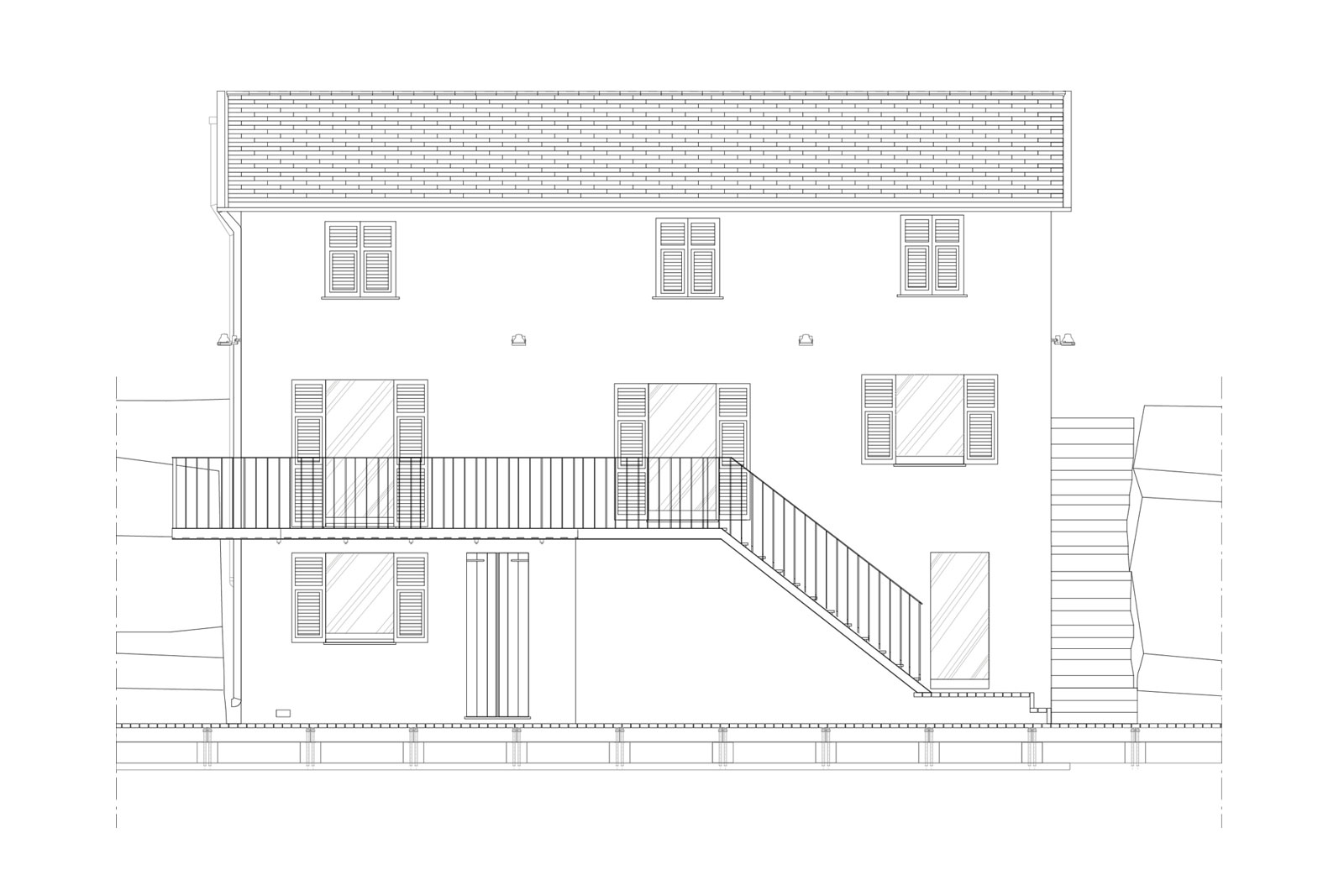 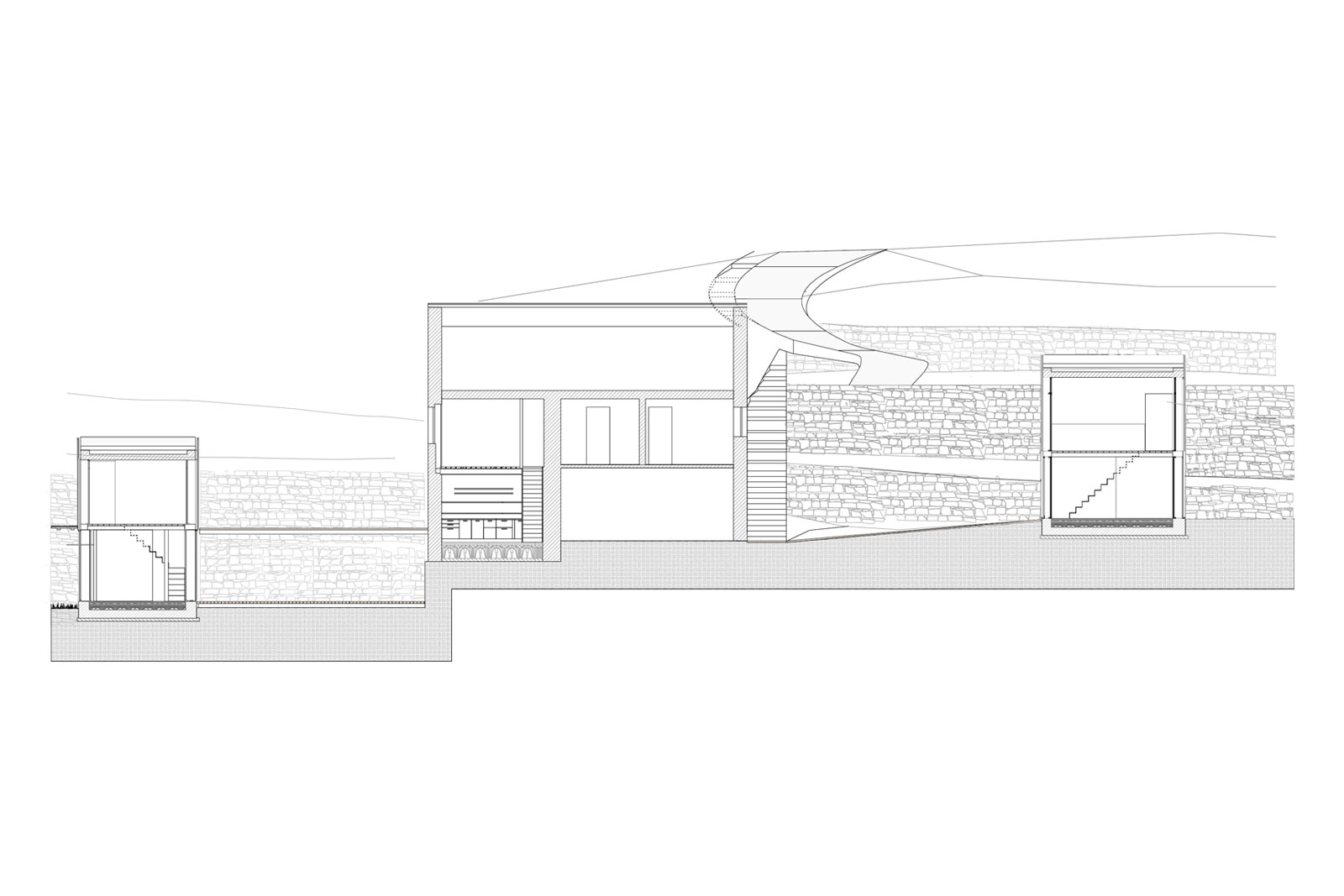 The project envisaged a conservative rehabilitation with a change of partial use of the existing building and a landscape-environmental redevelopment of the external area, including two wooden artifacts in precarious conditions. The site is located on a slope in an area that was formerly affected by agricultural activities, now partly abandoned, and on which mainly olive trees insist. The intervention did not involve a volumetric variation of the building but changed the use of the room on the ground floor, creating visual and spatial continuity of all environments. This was made possible by replacing the existing attic with a mezzanine/living room which, through an internal staircase, connects the “day” area on the ground floor and the “sleeping area” on the upper floor. The project involved a modest remodeling of the slopes and the creation of functional continuity between the building and the two existing structures through a promenade in wooden slats that allows to visually and functionally embrace the entire property. The two wooden buildings, which were in precarious conditions before the intervention, were reconstructed without volumetric variations providing an external wooden casing and enclosing-hiding a second glass casing with a slate roof.
The project also includes the construction of a swimming pool right at the foot of the building.
change of destination  continuity  Genoa  glass  interior design  Italy  private houses  promenade  refurbishment  sea  slate  Sori  territory  villa  wood