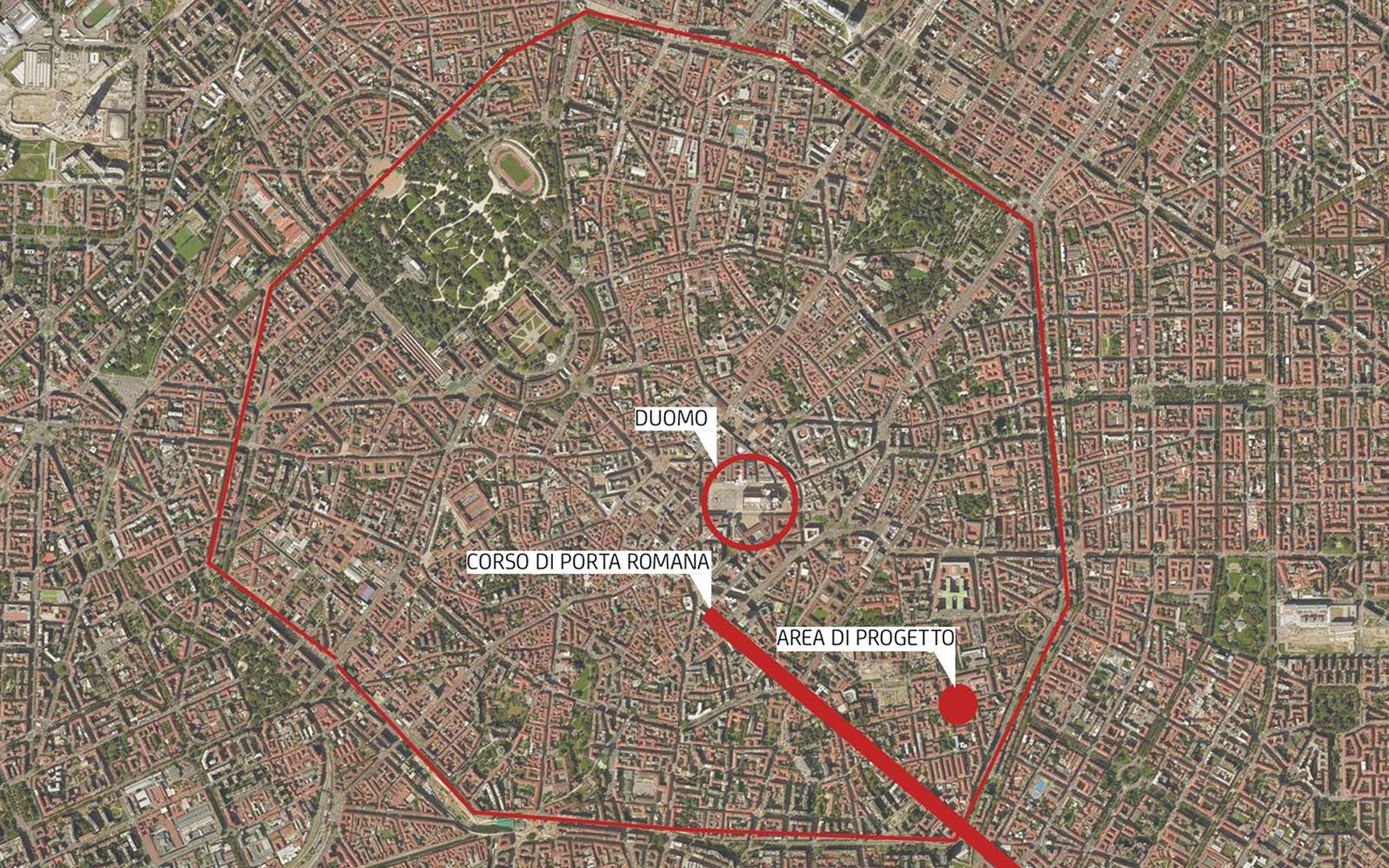 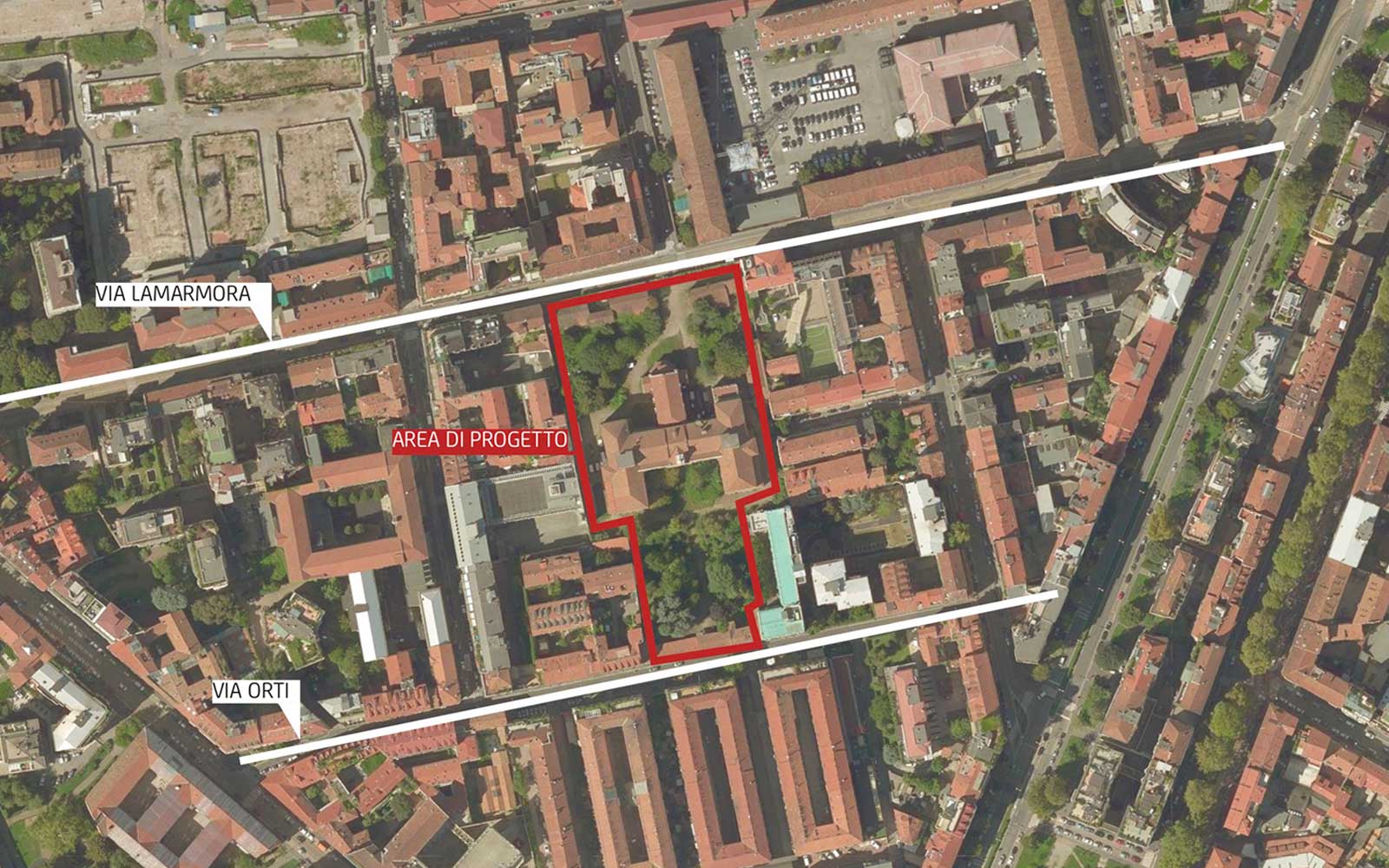 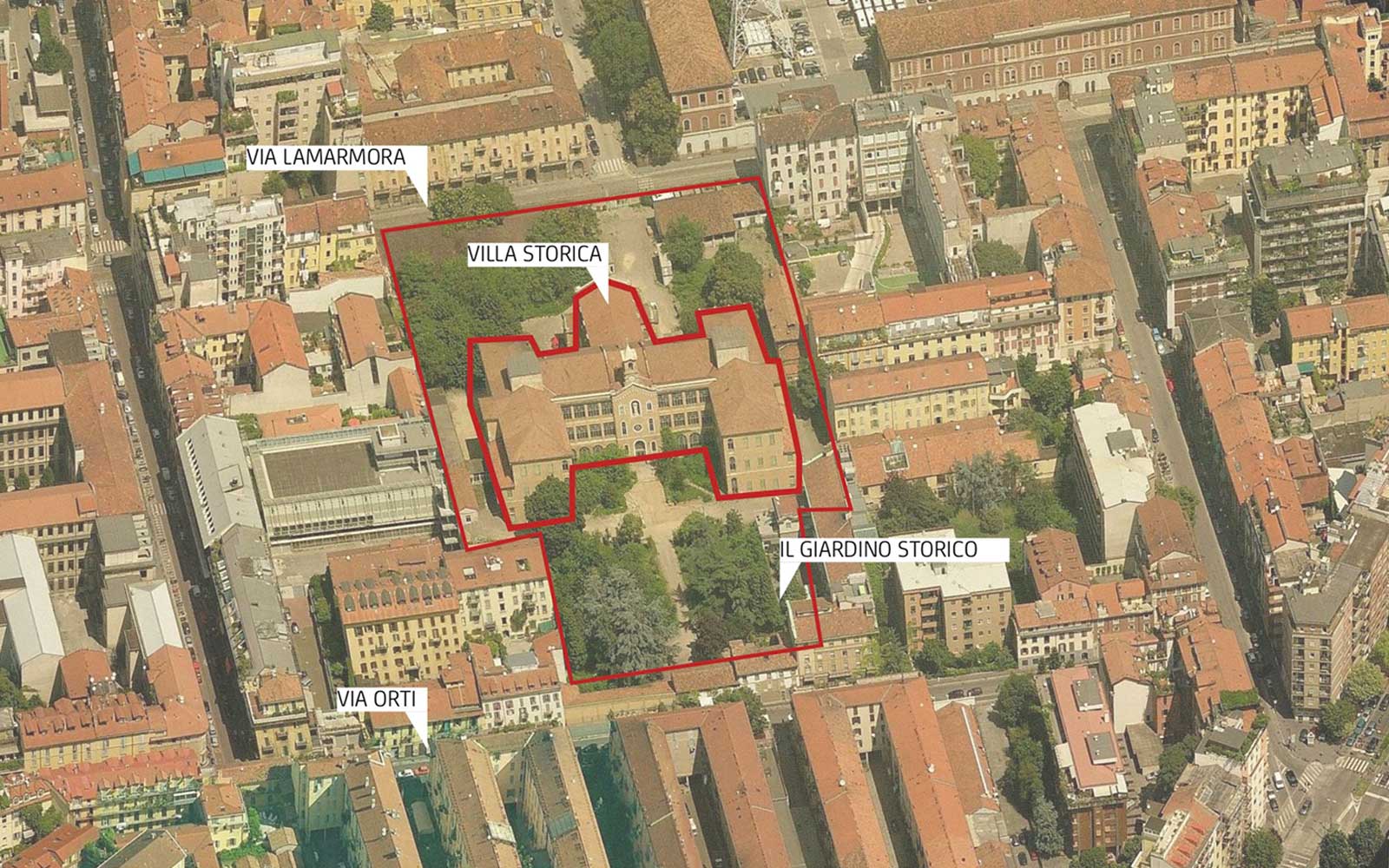 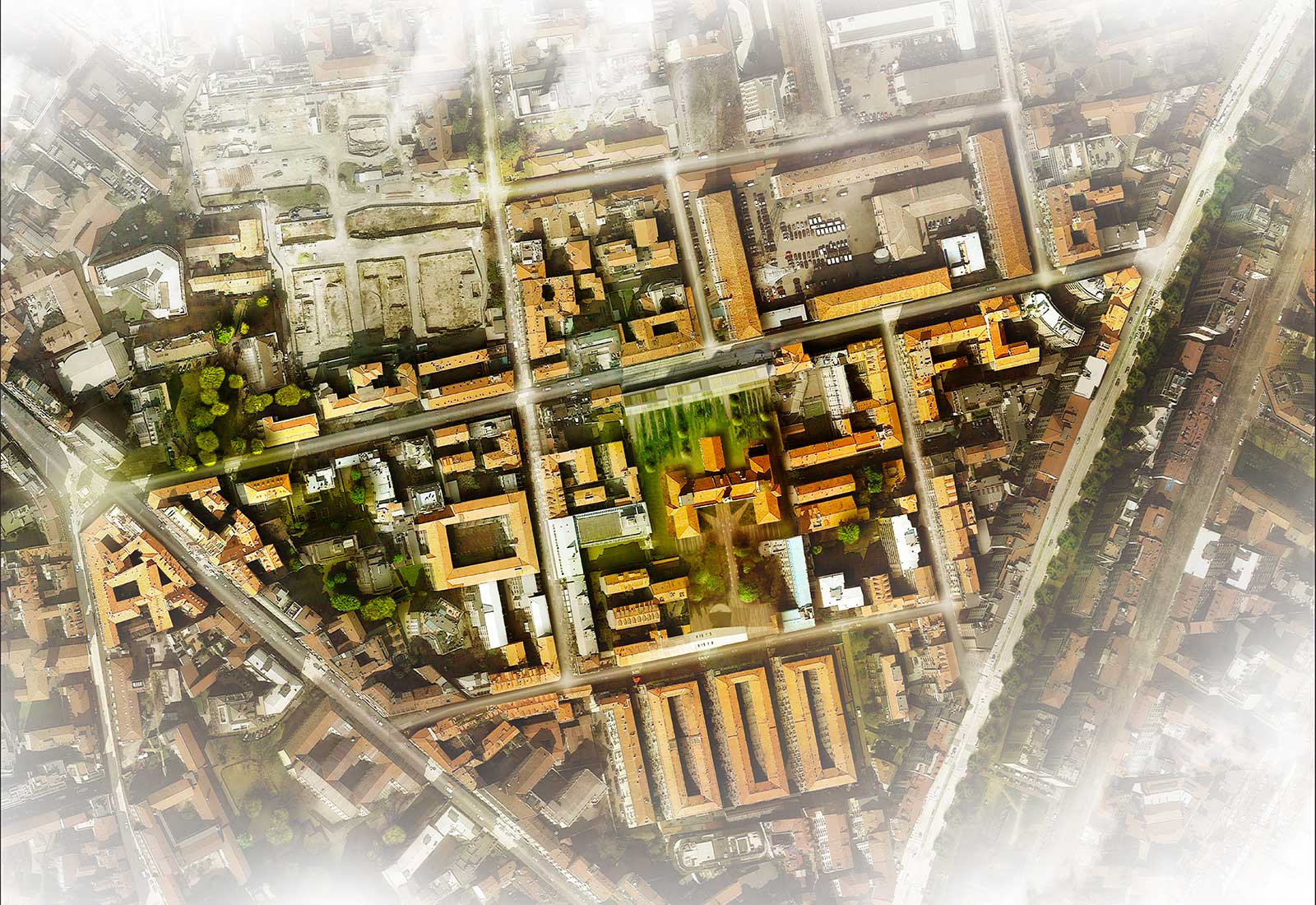 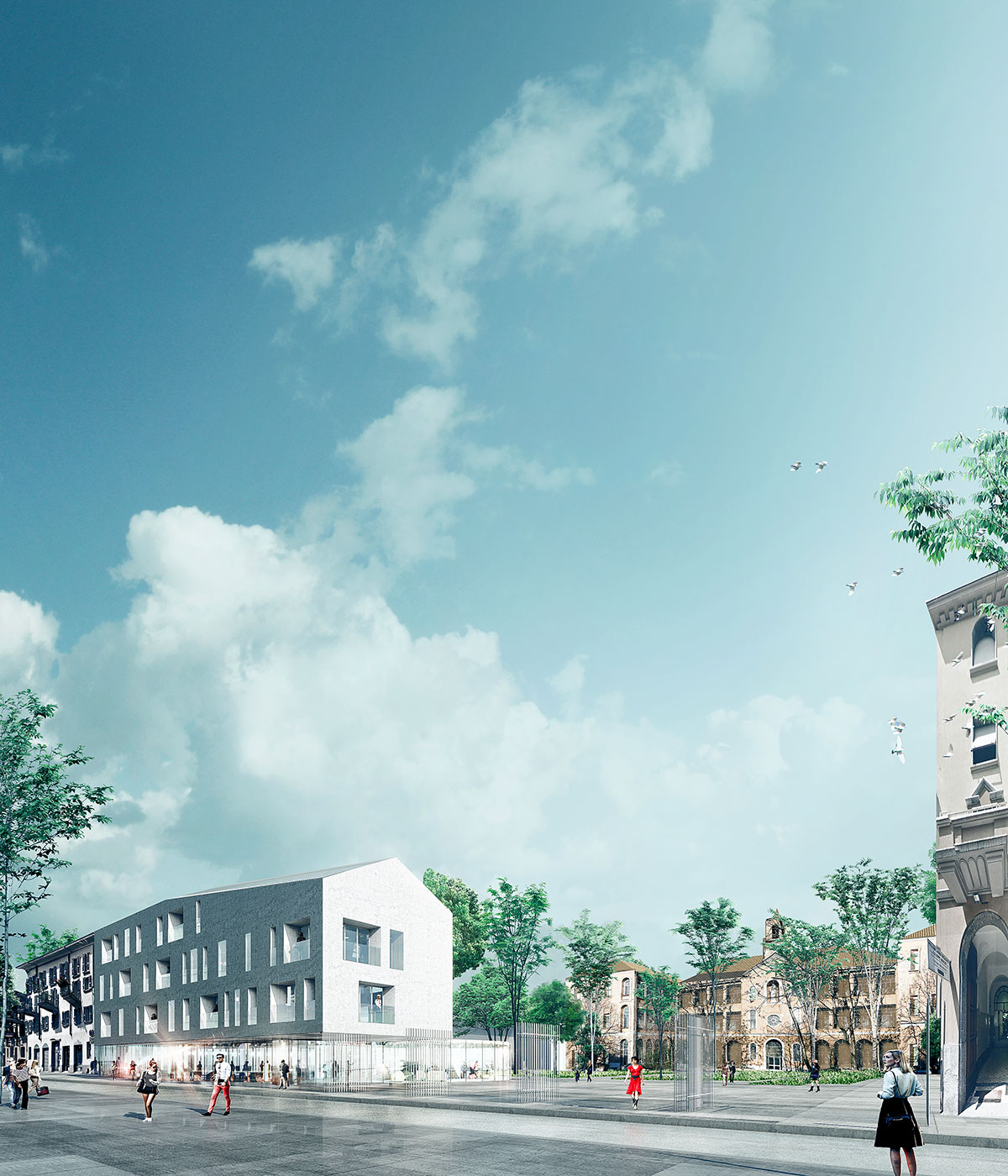 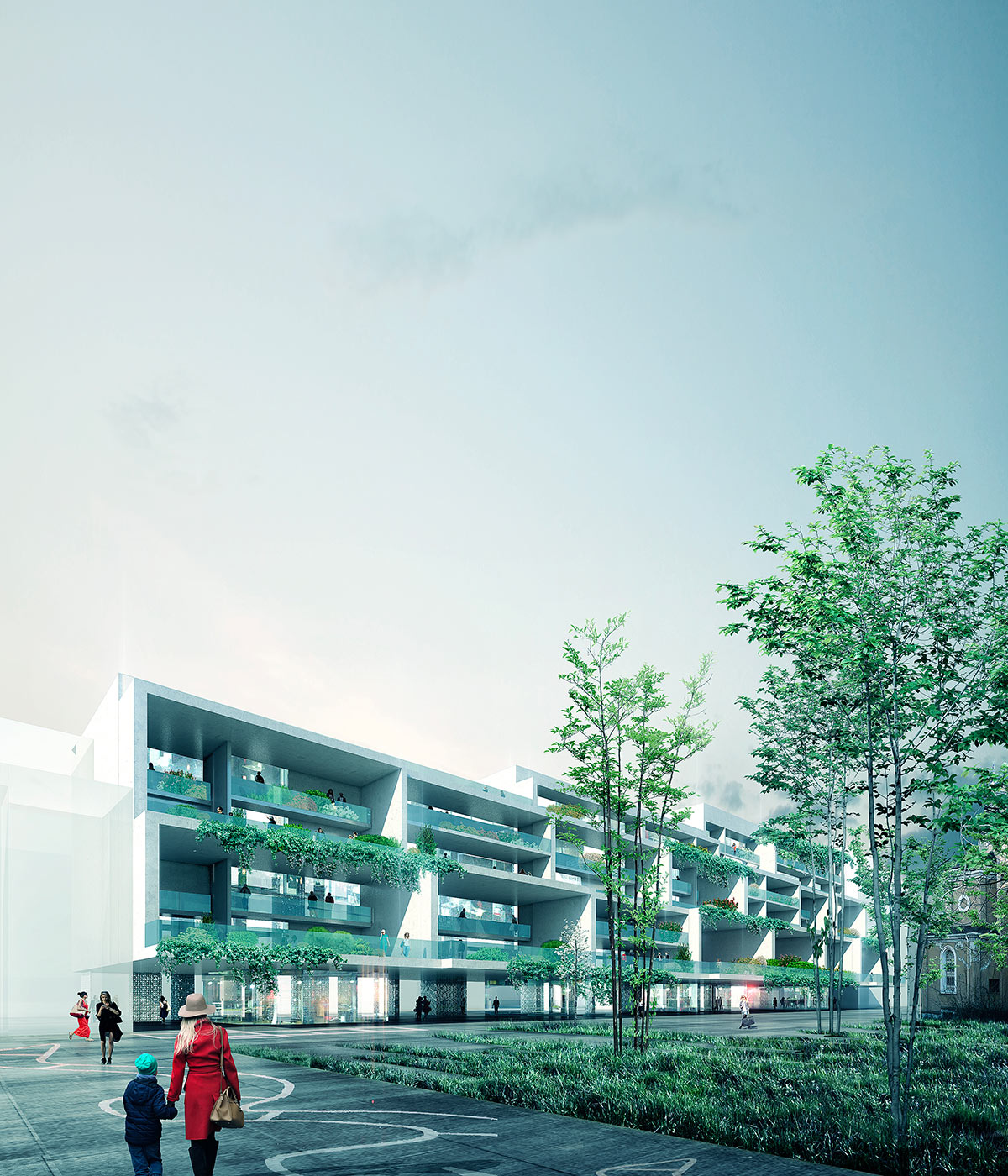 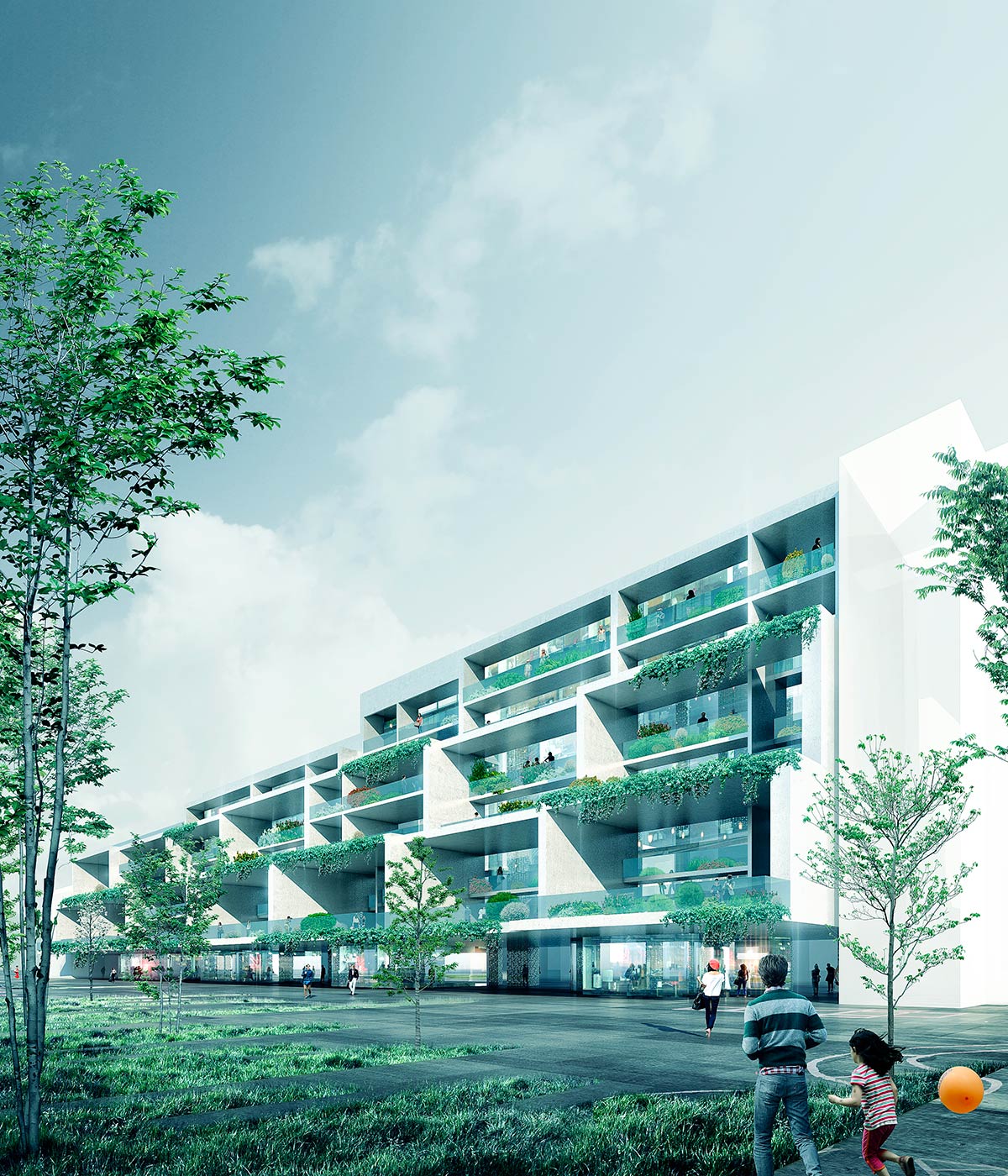 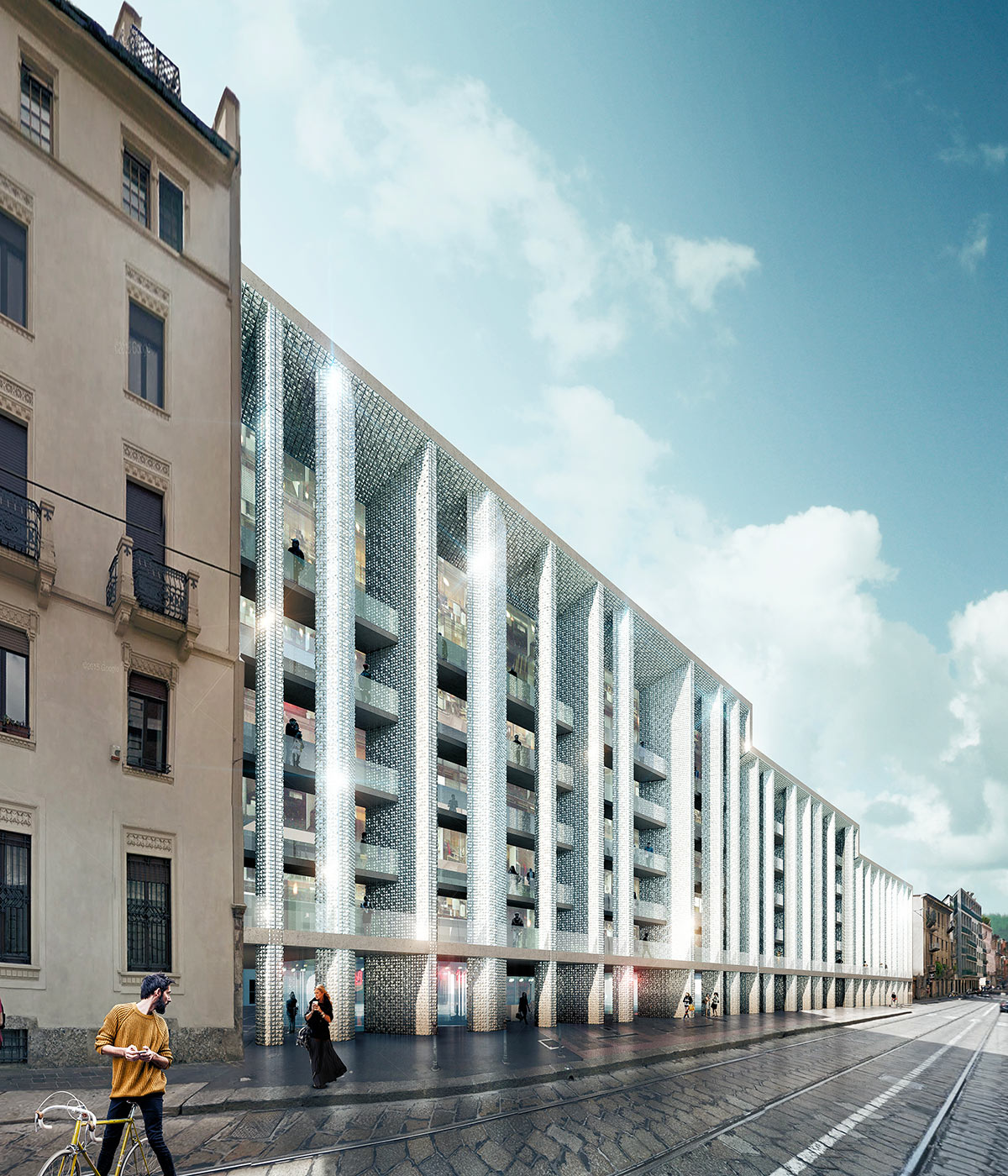 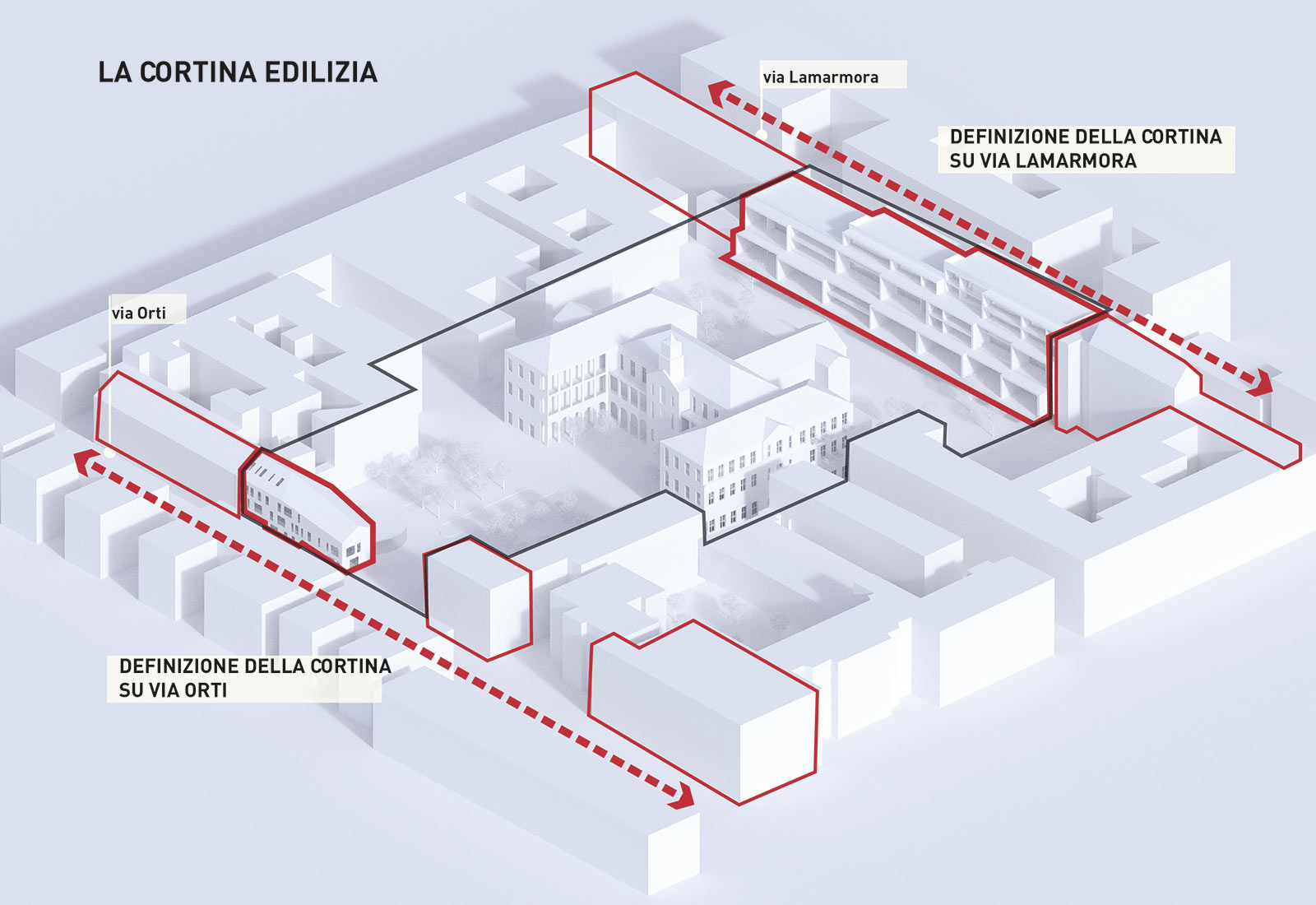 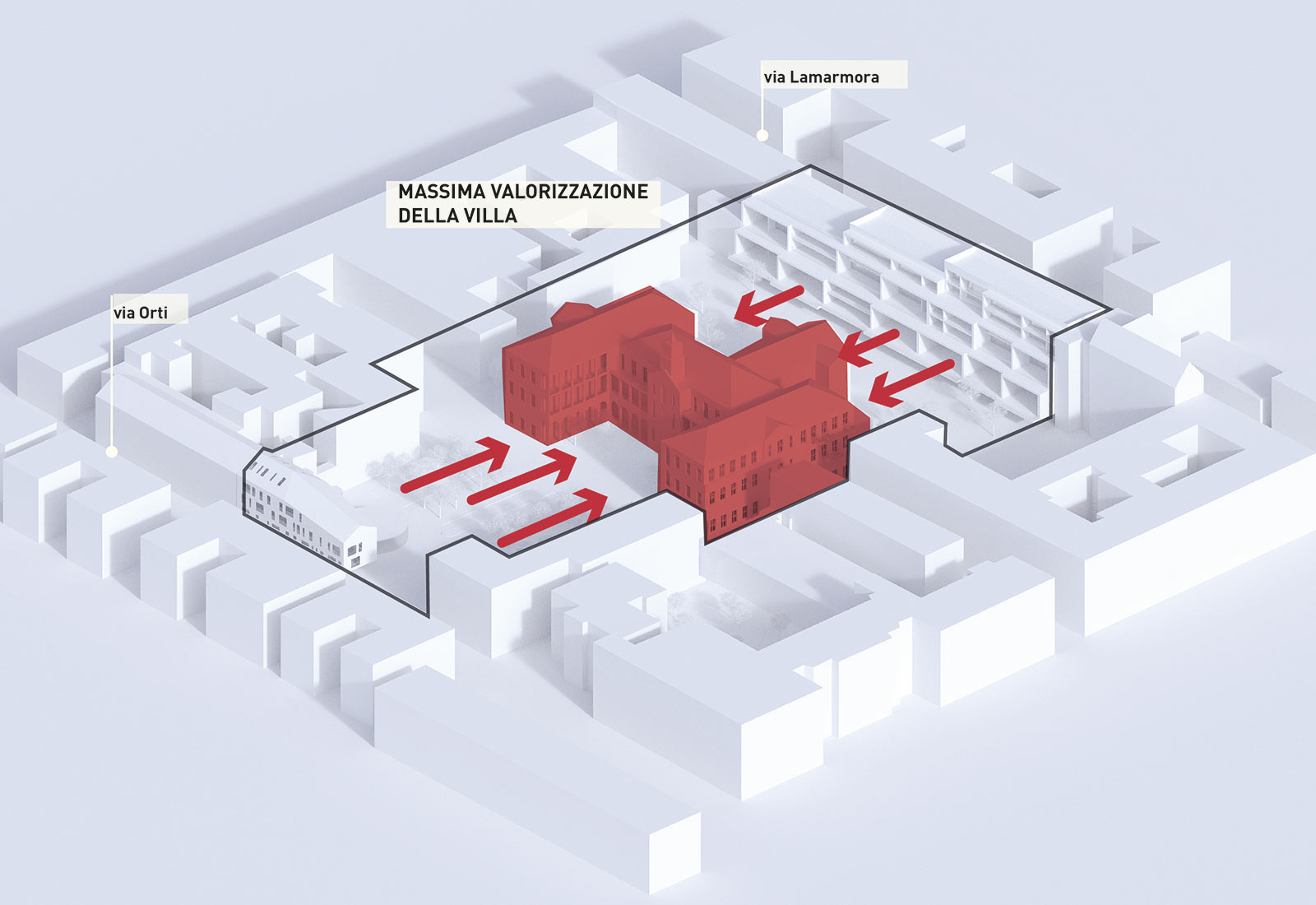 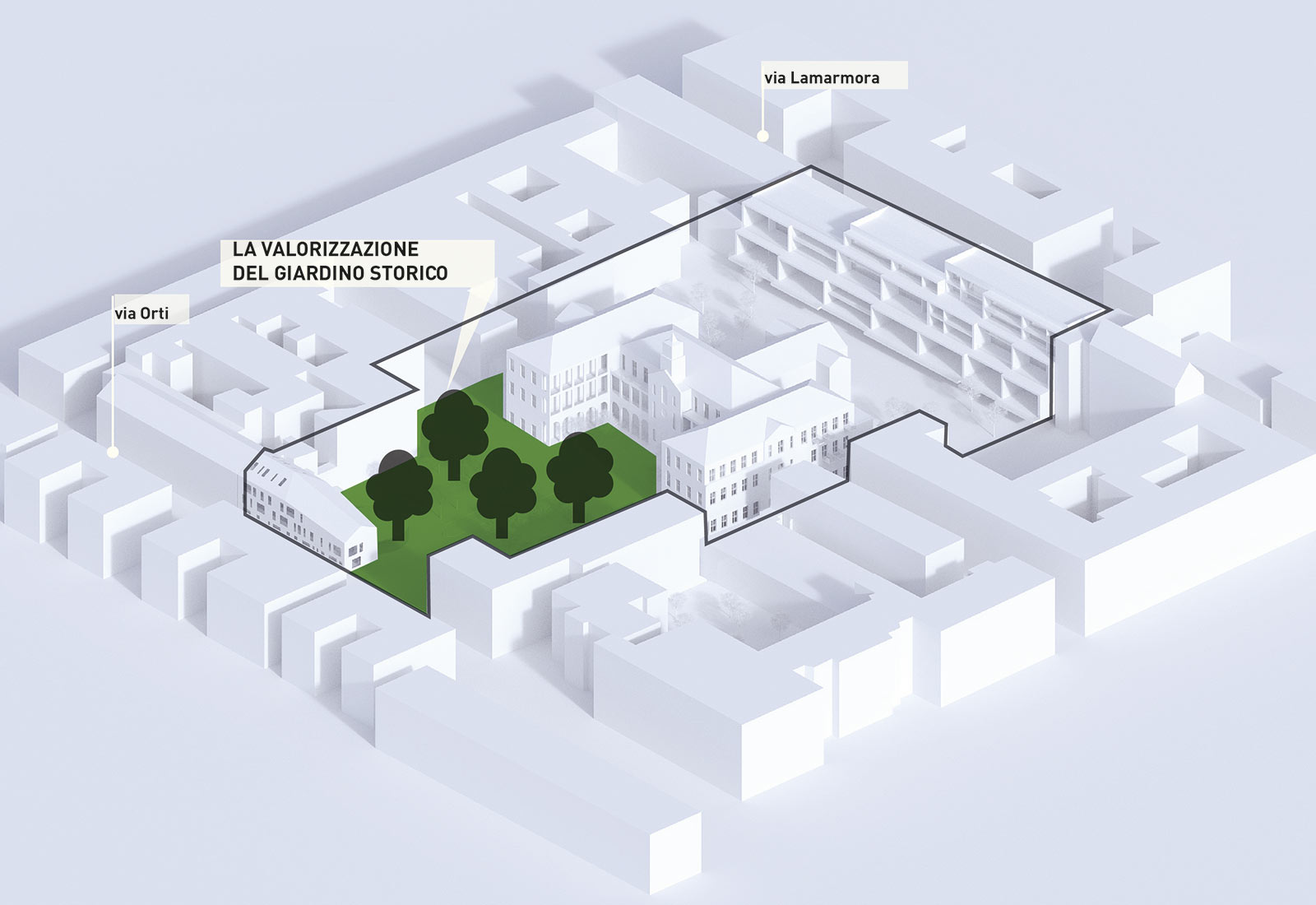 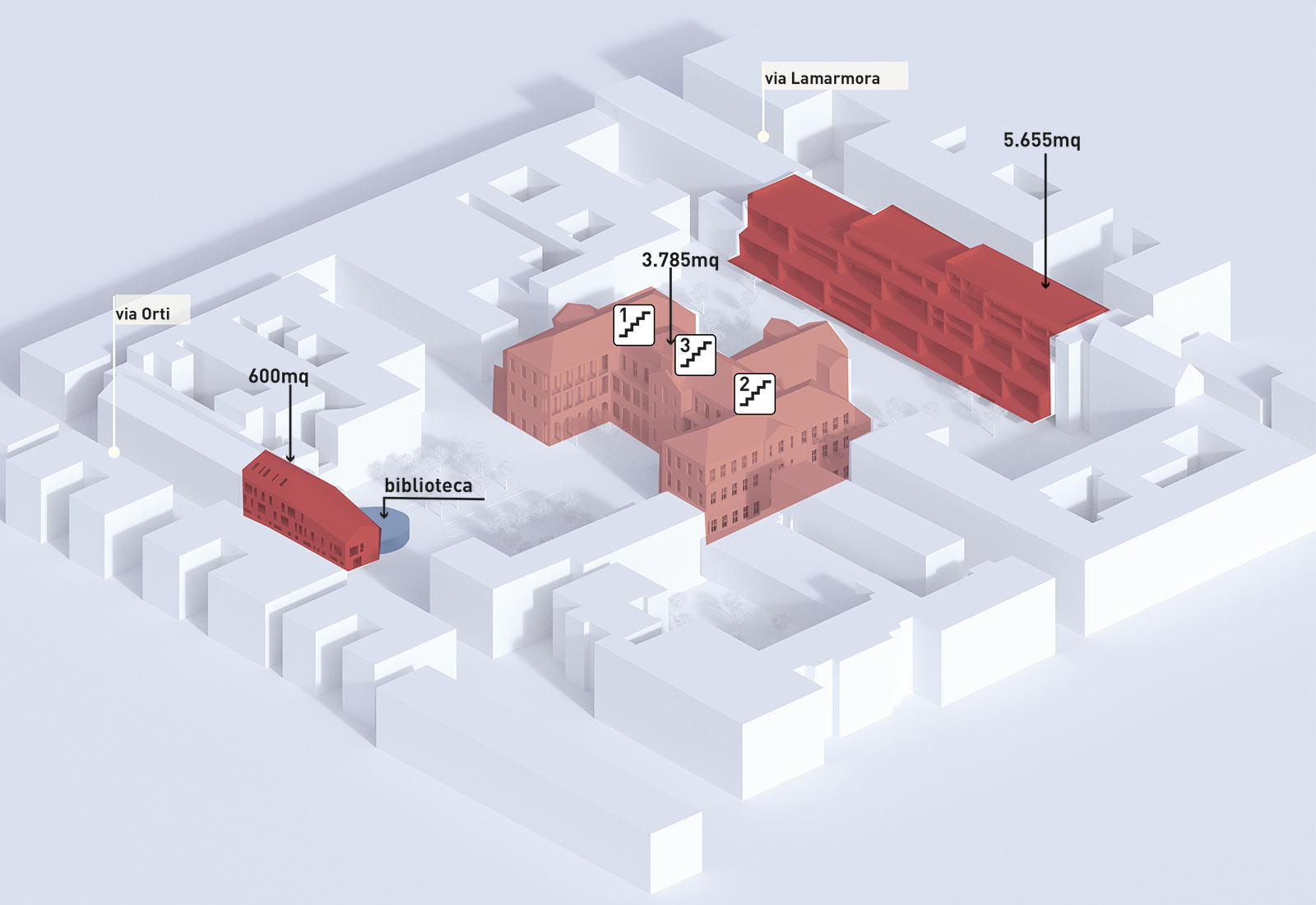 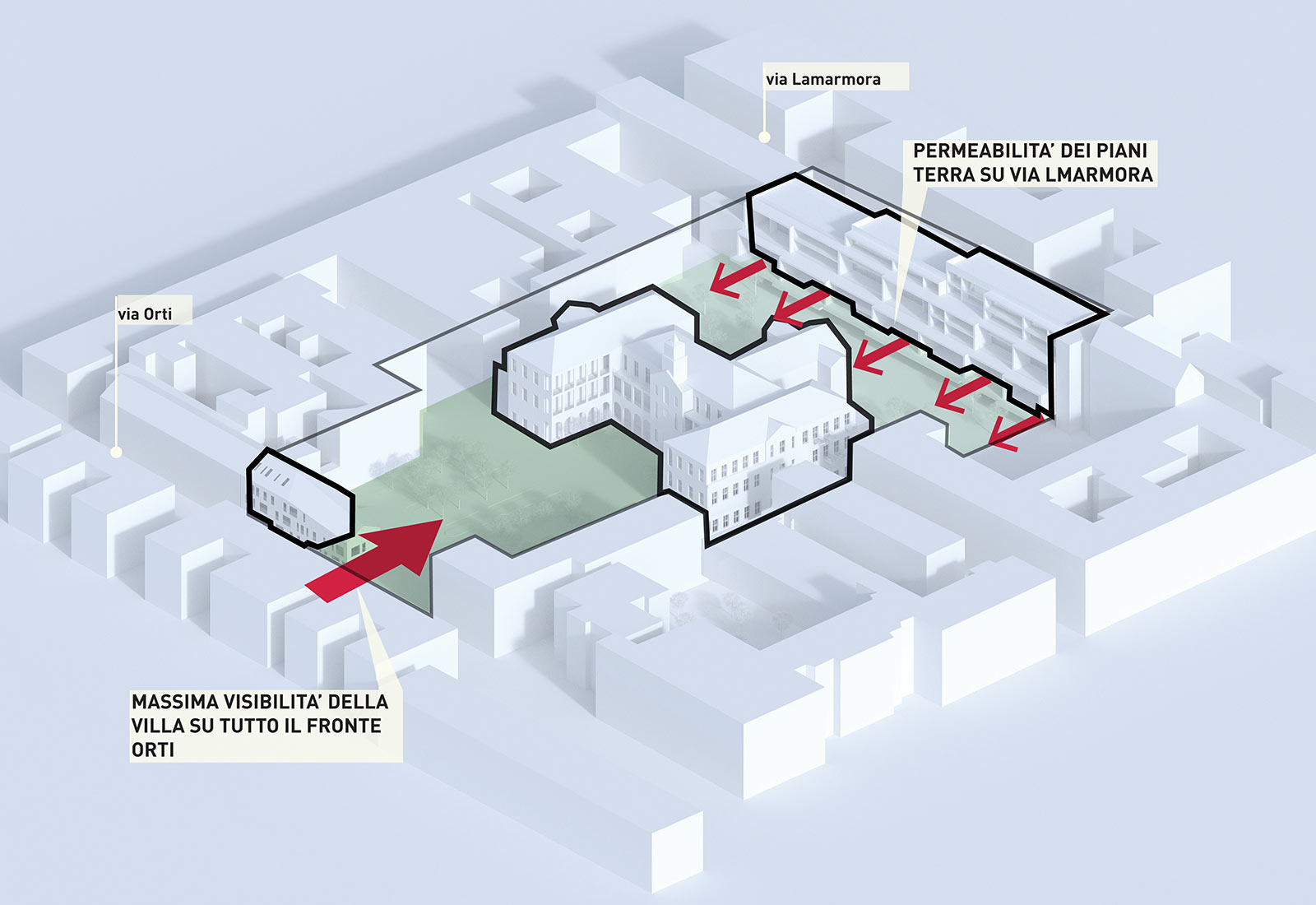 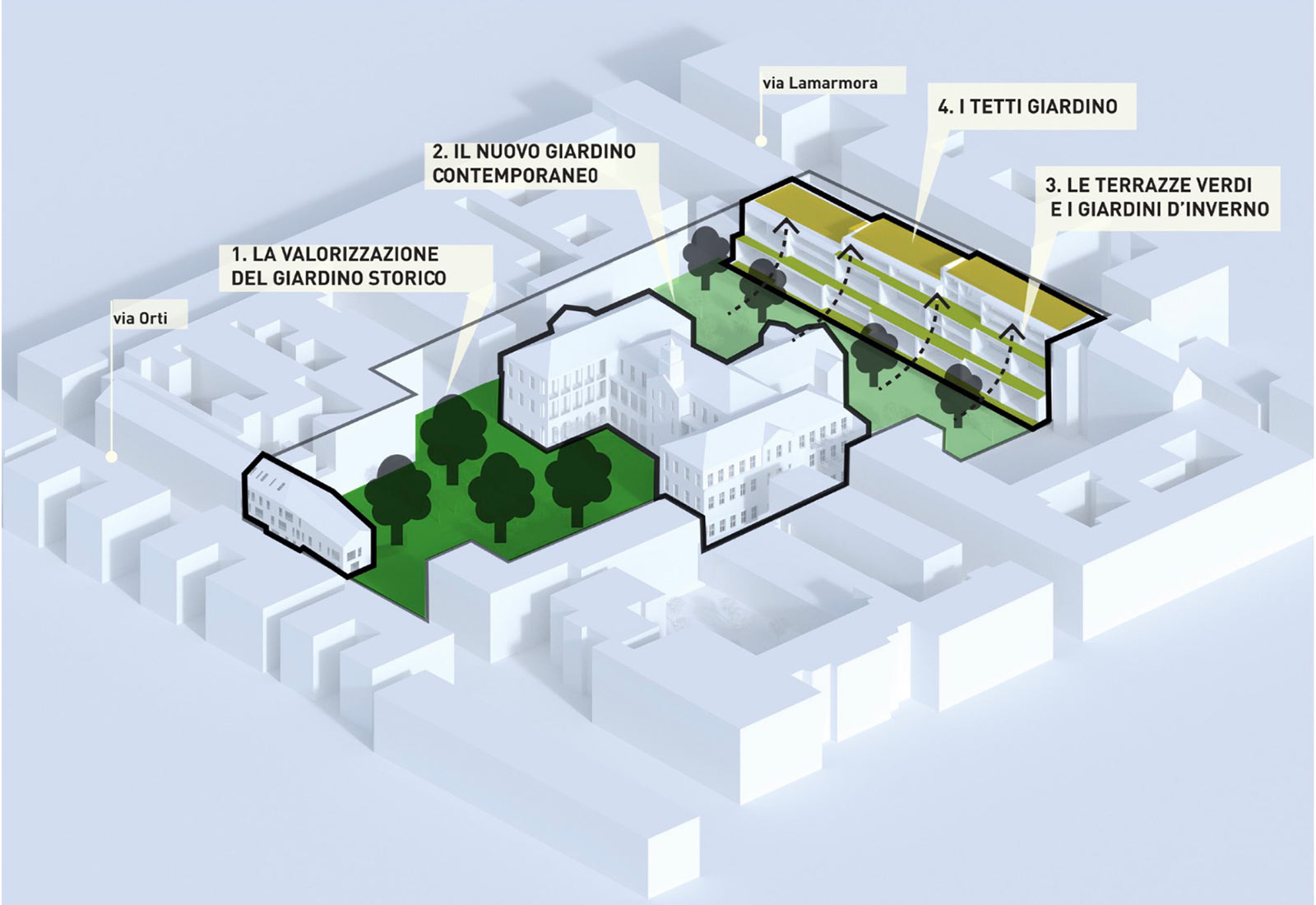 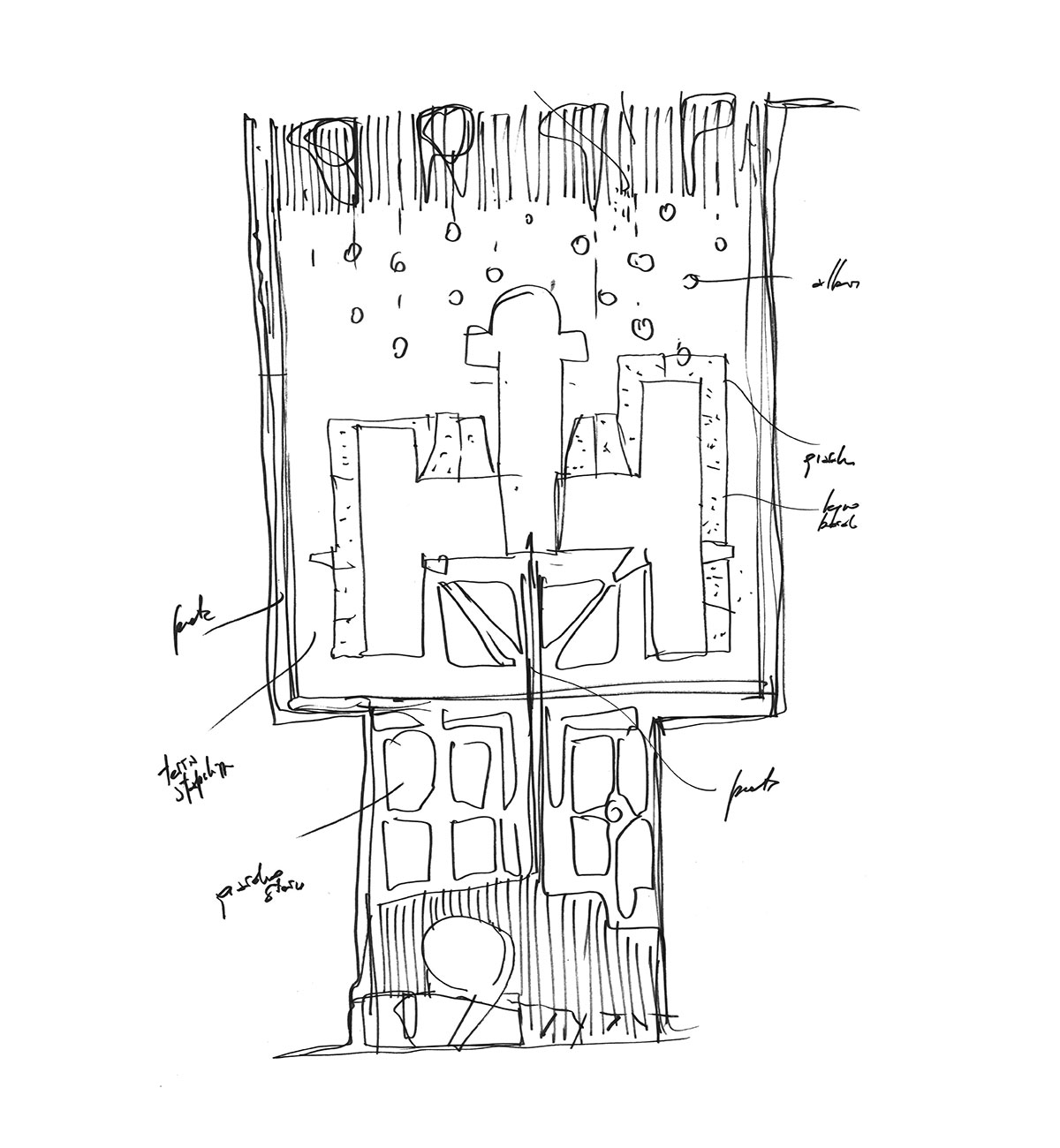 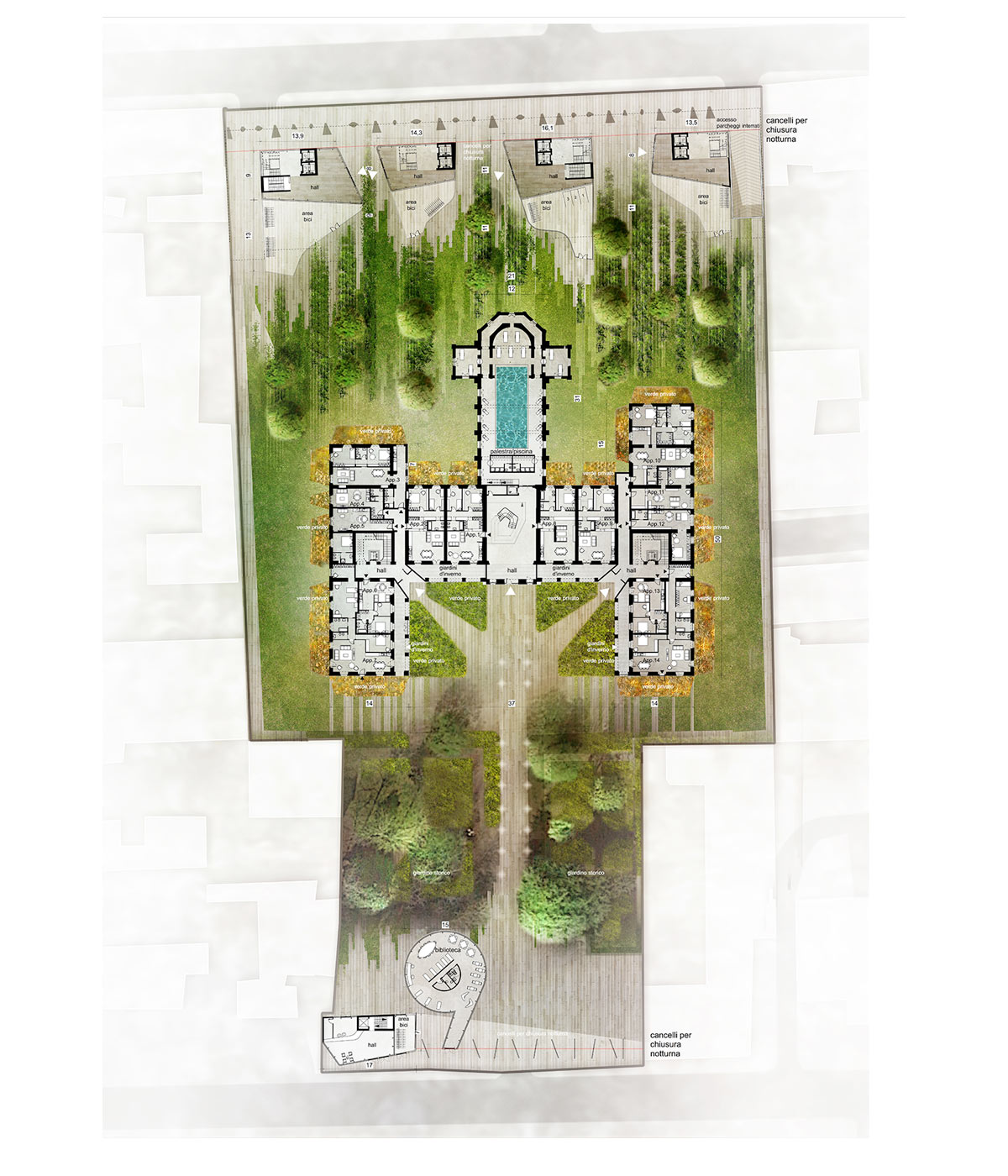 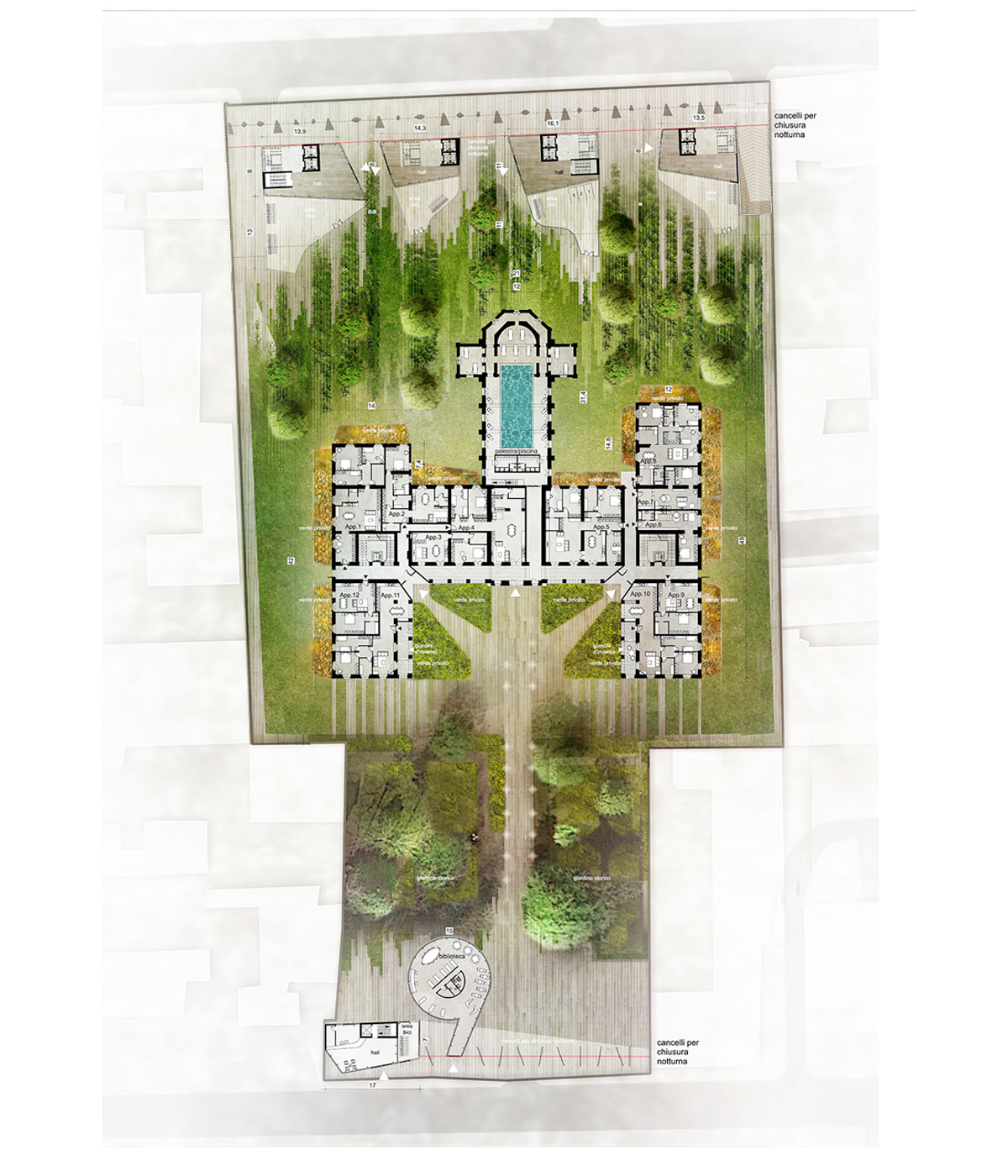 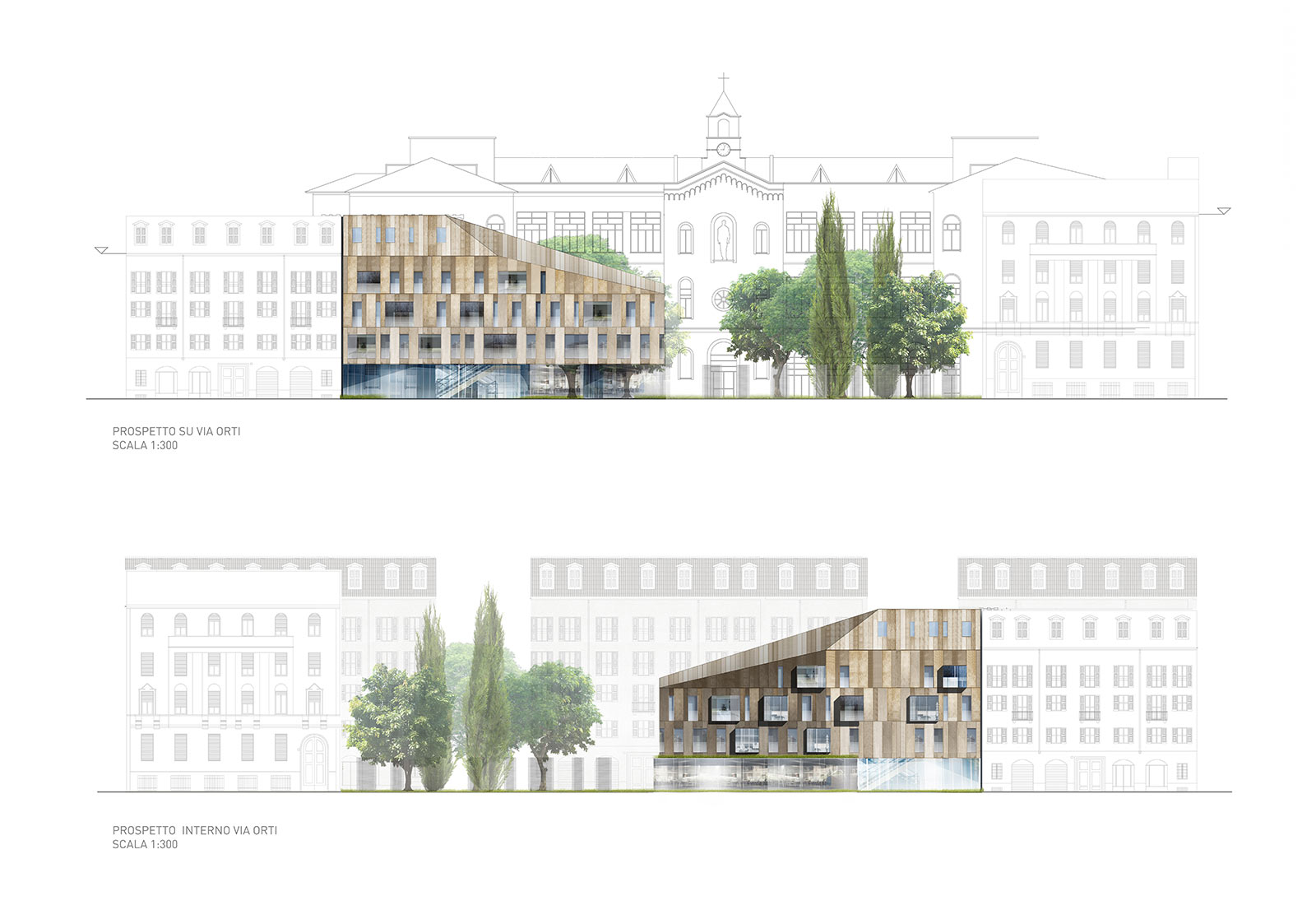 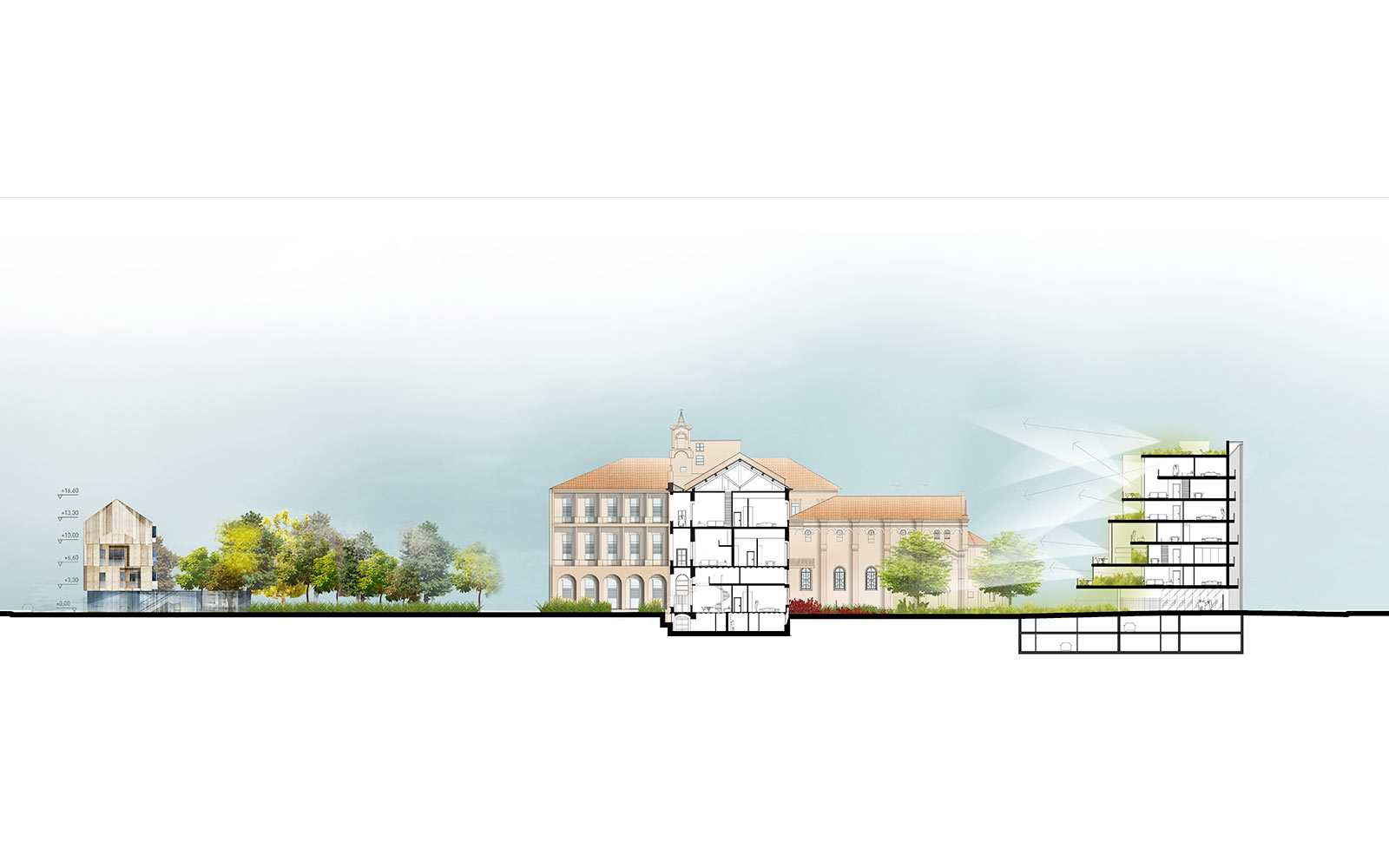 Milan, Italy
2016
program: Orti-Lamarmora design competition: redevelopment and new functionalization of the area between via Orti and via Lamarmora
total area: 14 622 m2
residential area: 10 040 m2
client: BNL Paribas Real Estate
Alfonso Femia / Atelier(s) Alfonso Femia with
structural engineering: FOR Engineering
services engineering: Energo Group
images: ©Atelier(s) Alfonso Femia & Paris Render Studio
“A project made of different volumes and a compositional process that involves all the buildings and areas in between, creating a strong connection between interior and exterior areas.”
Designing and redeveloping an area located in a historical context of great value between via Orti and via Lamarmora is an event of public value. The large size of the lot (about 14,600 square meters), its location, and the services in the context, transform the project into a unique opportunity for the city of Milan. The transformation must be not only characterized by its ability to return prestigious and recognizable buildings to the city, but also by the ability to dialogue with the territory and the landscape, entering a process of redevelopment and enhancement of the entire surrounding context. The project must be characterized by its ability to intervene on an urban scale even before intervening on an architectural scale.
The historical value of the area is not only determined by its location within the walls of the Spanish era, but it is also due to the presence of a complex built in 1885 and initially intended as a retirement home. The comparison with this “pre-existence” becomes a fundamental theme of the new intervention.
competition  historical context  housing  Lamarmora  Milano  Orti  redevelopment  residences  transformation