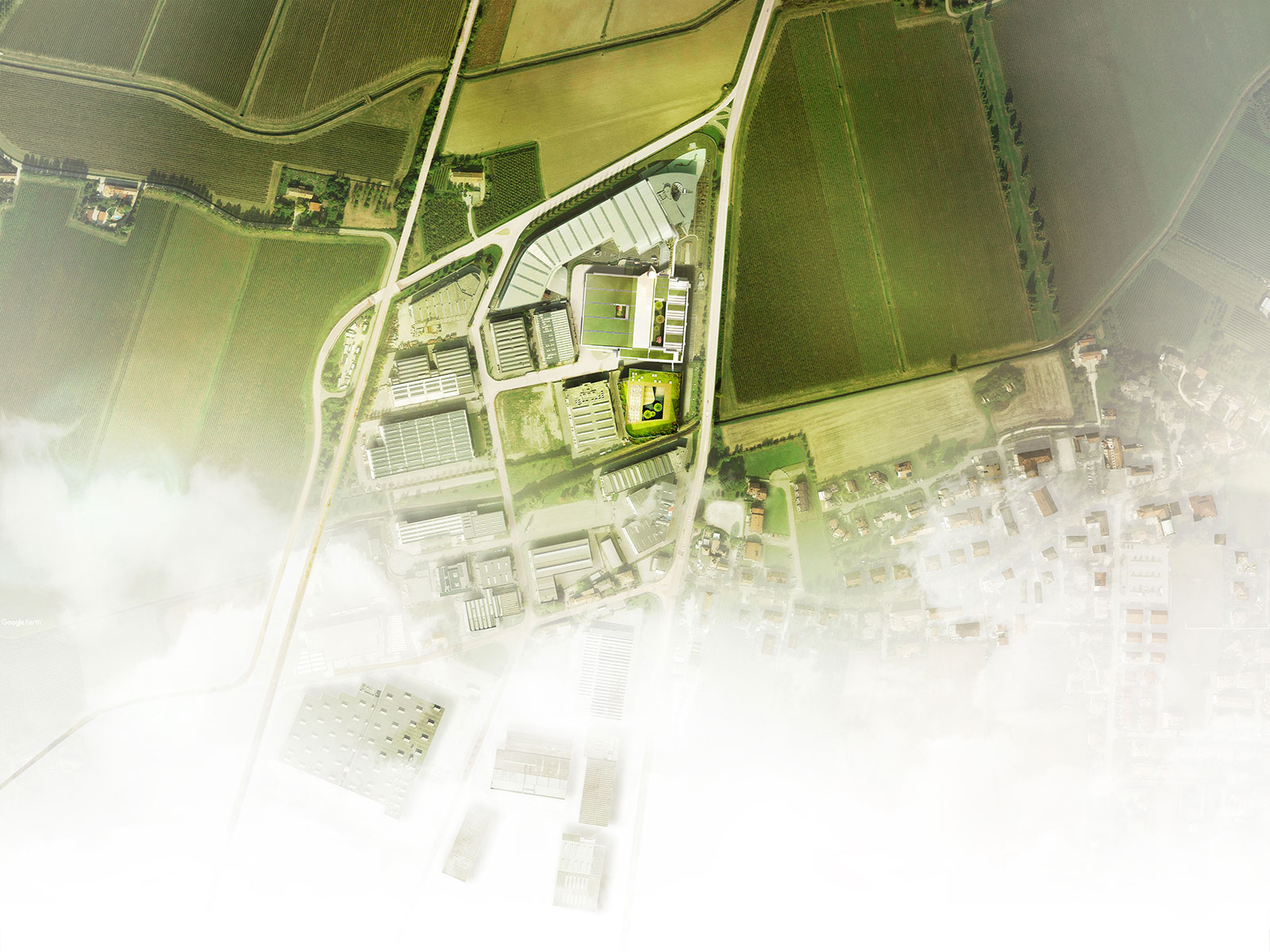 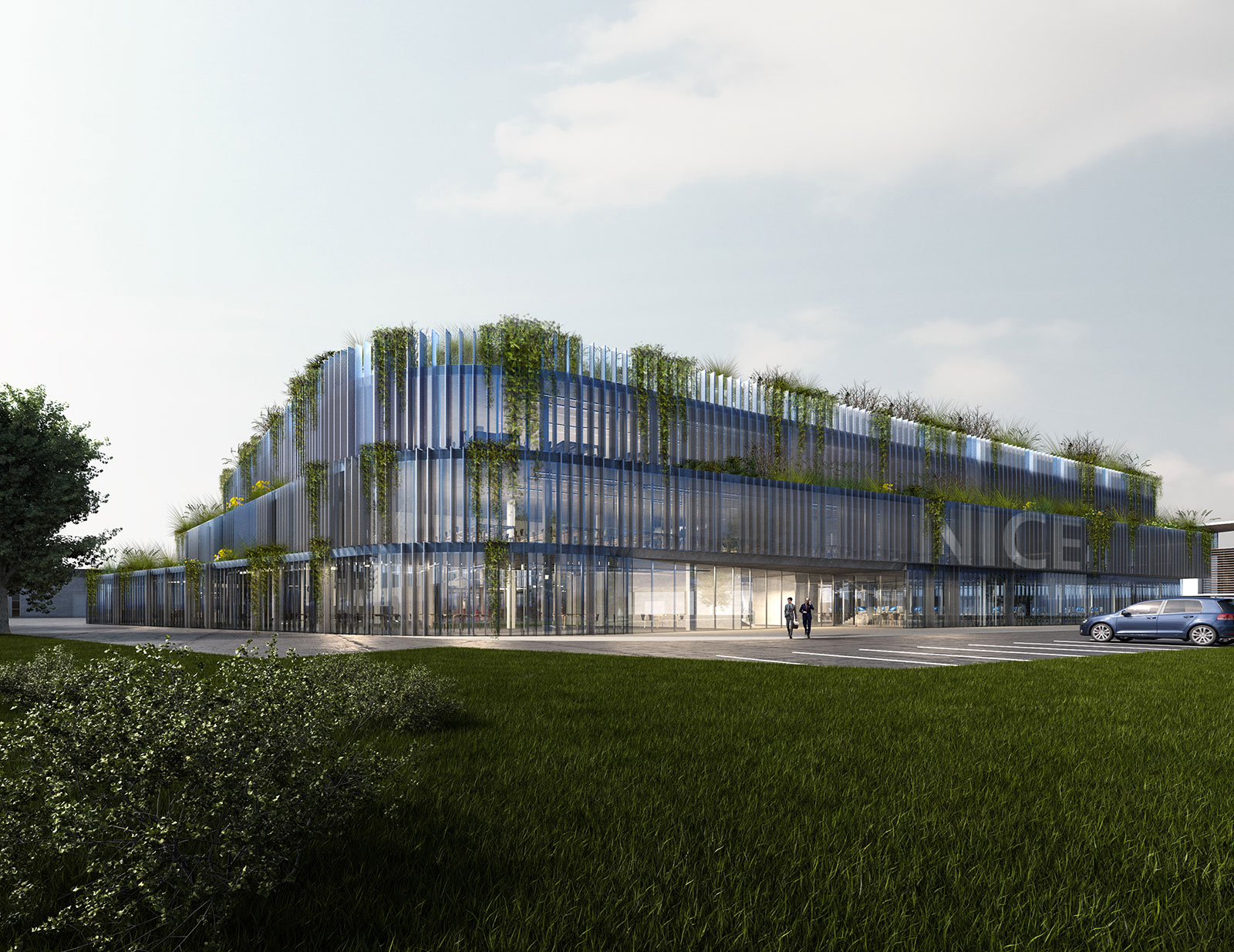 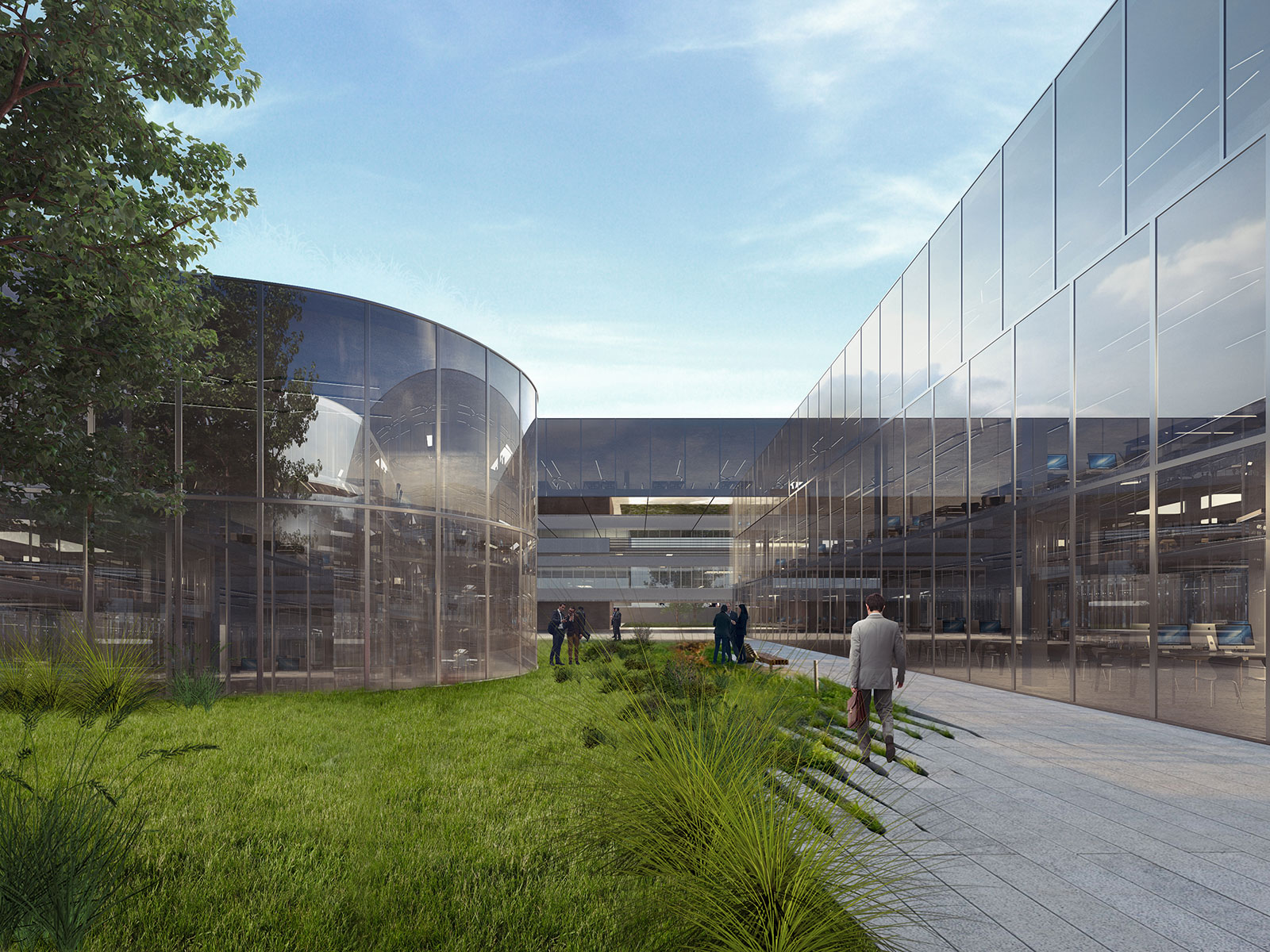 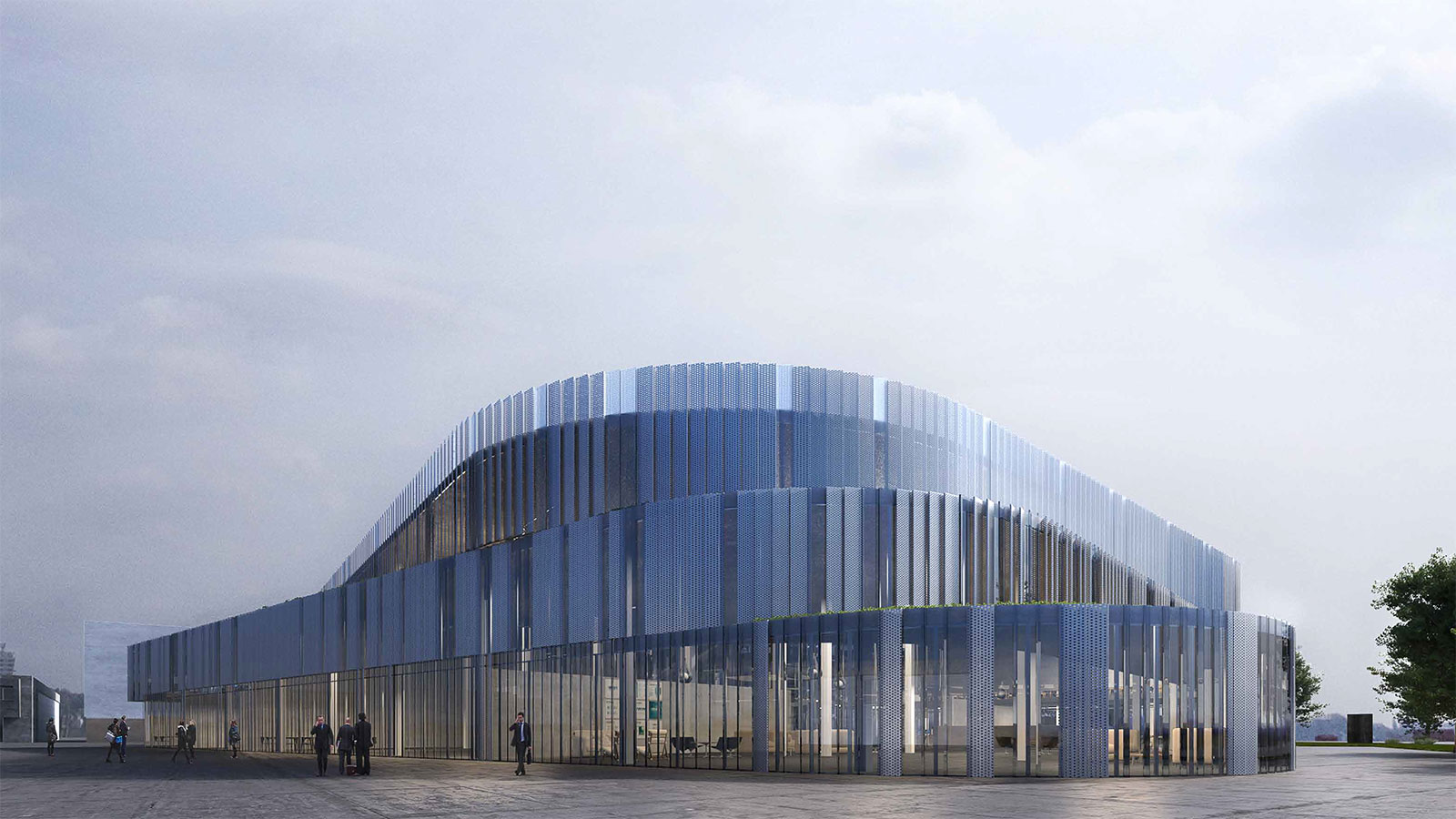 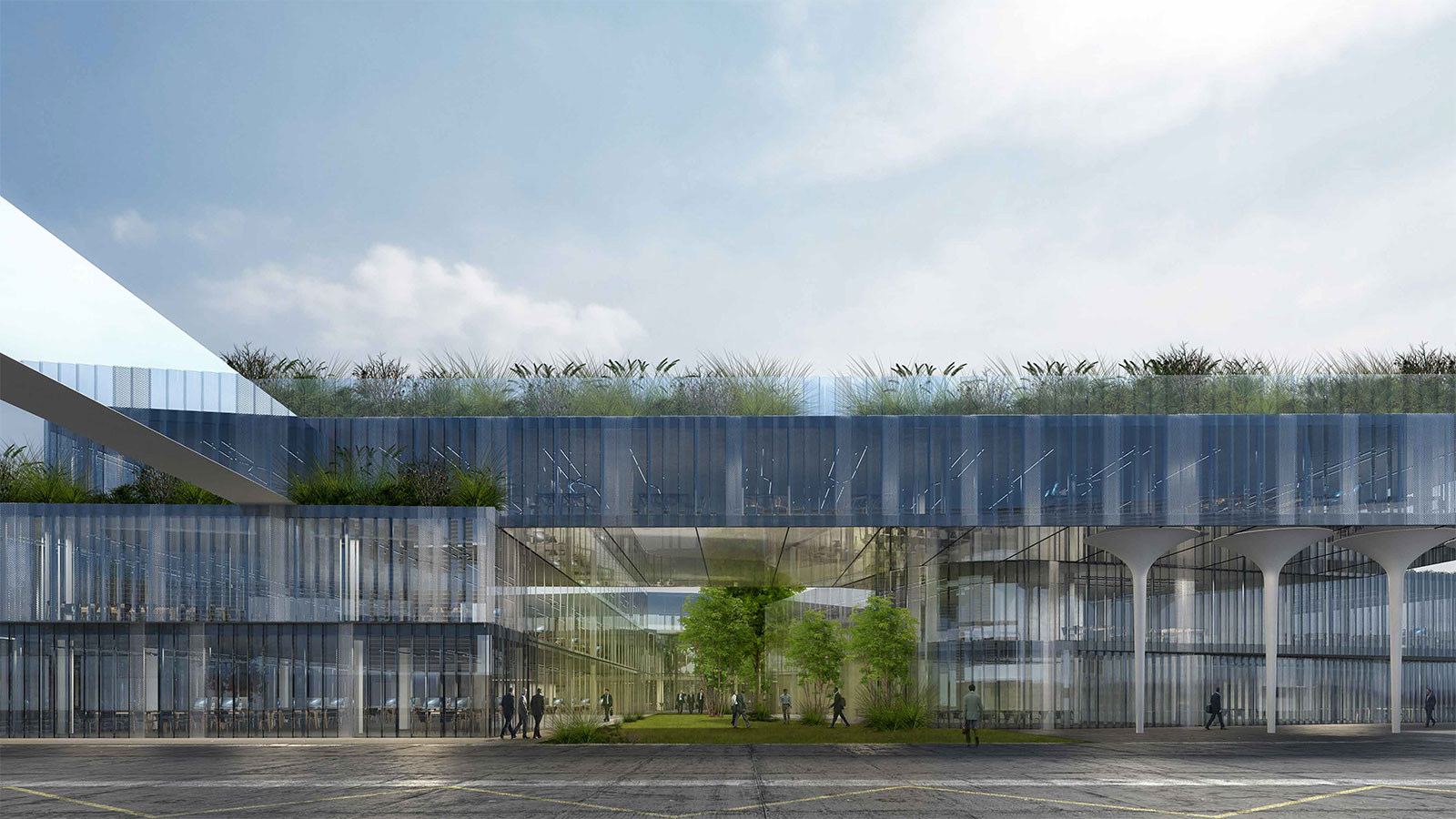 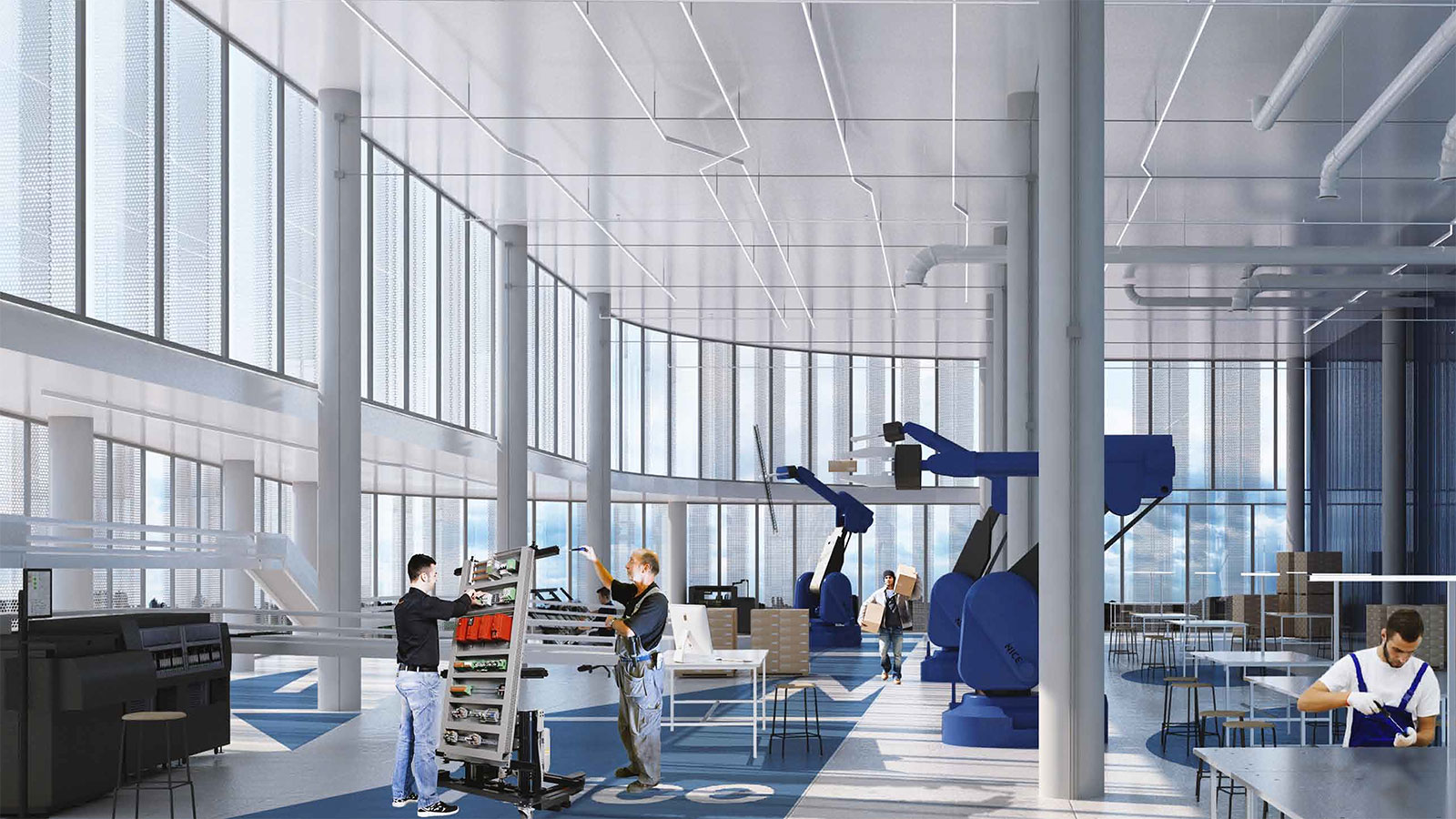 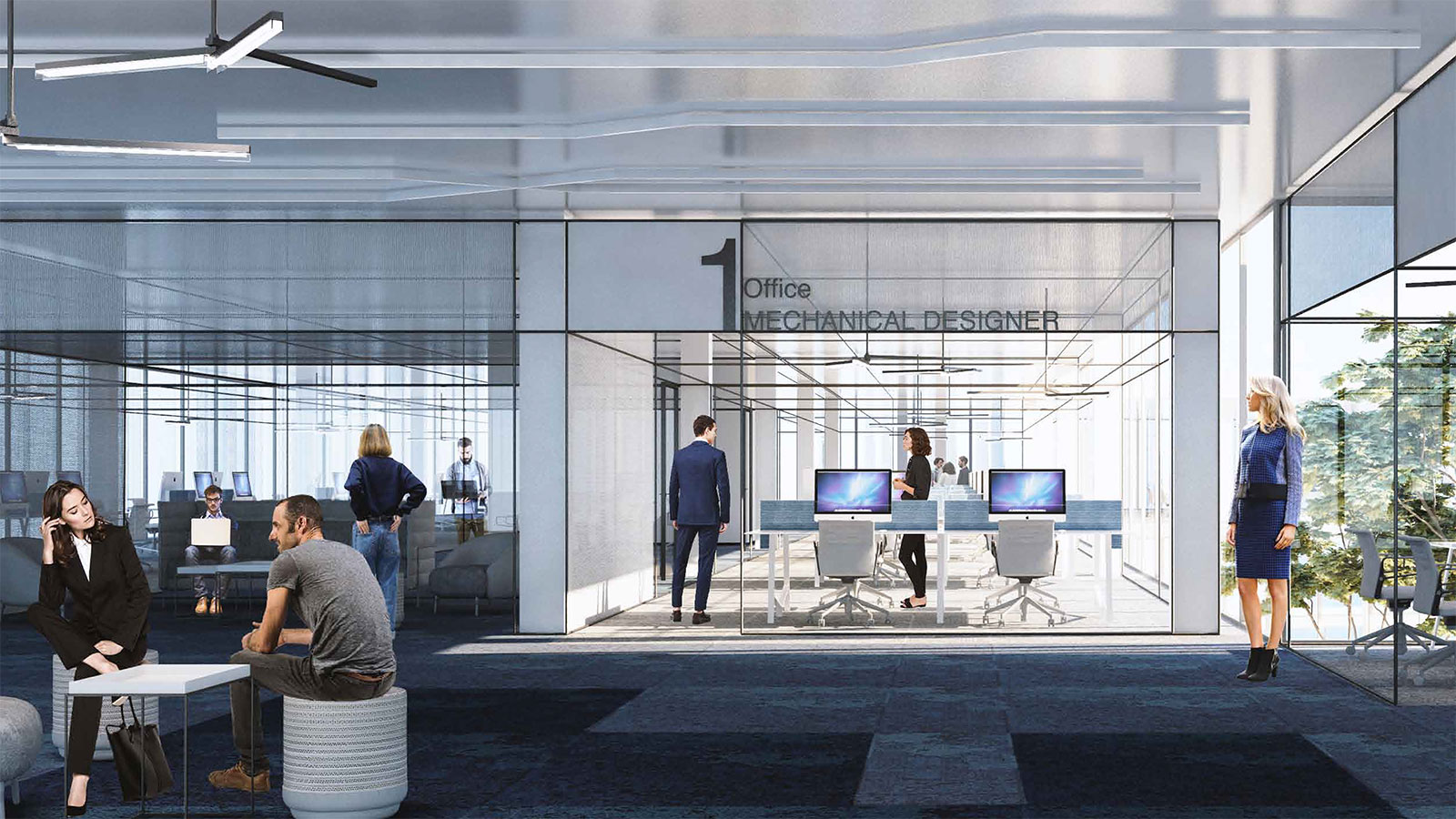 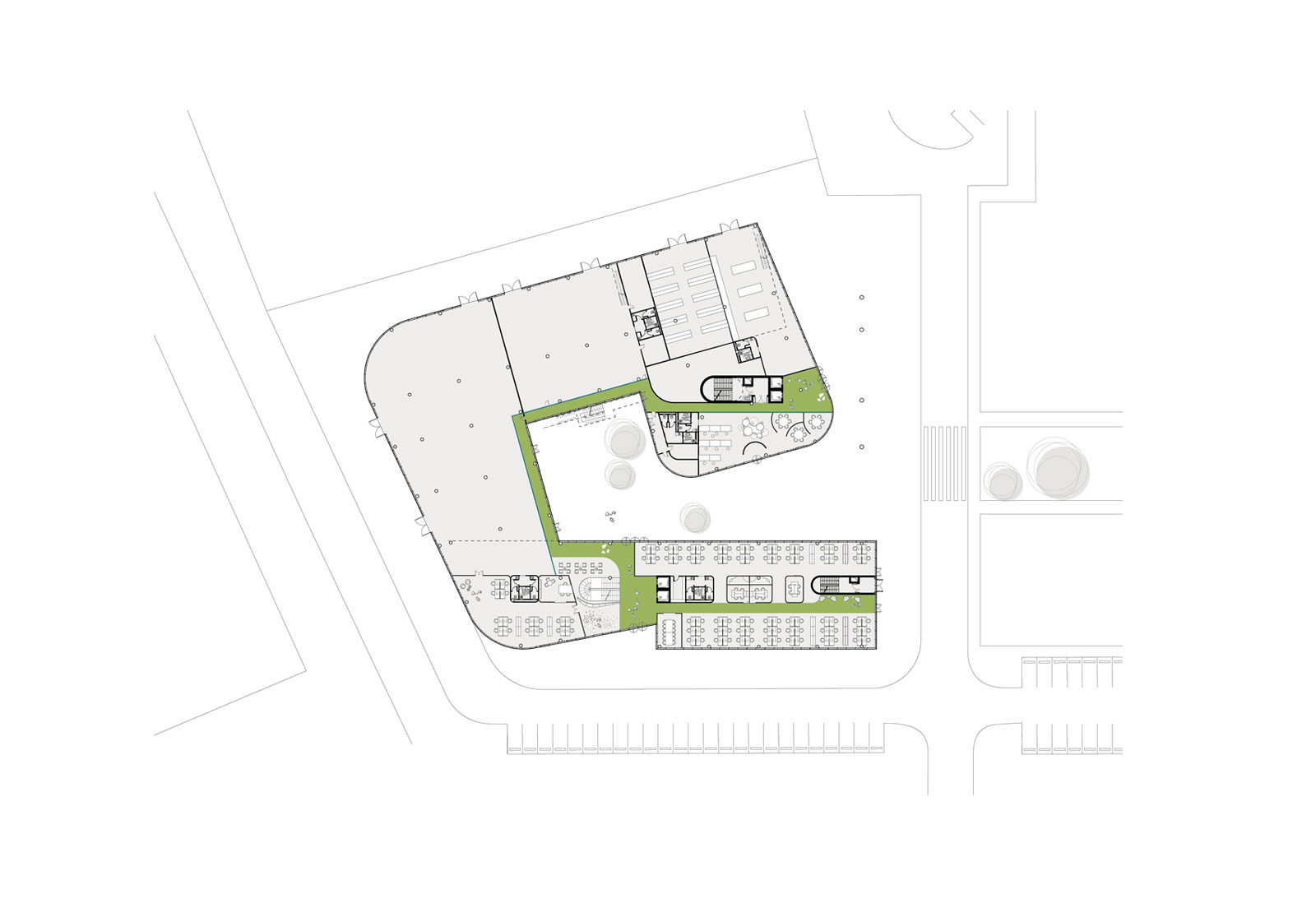 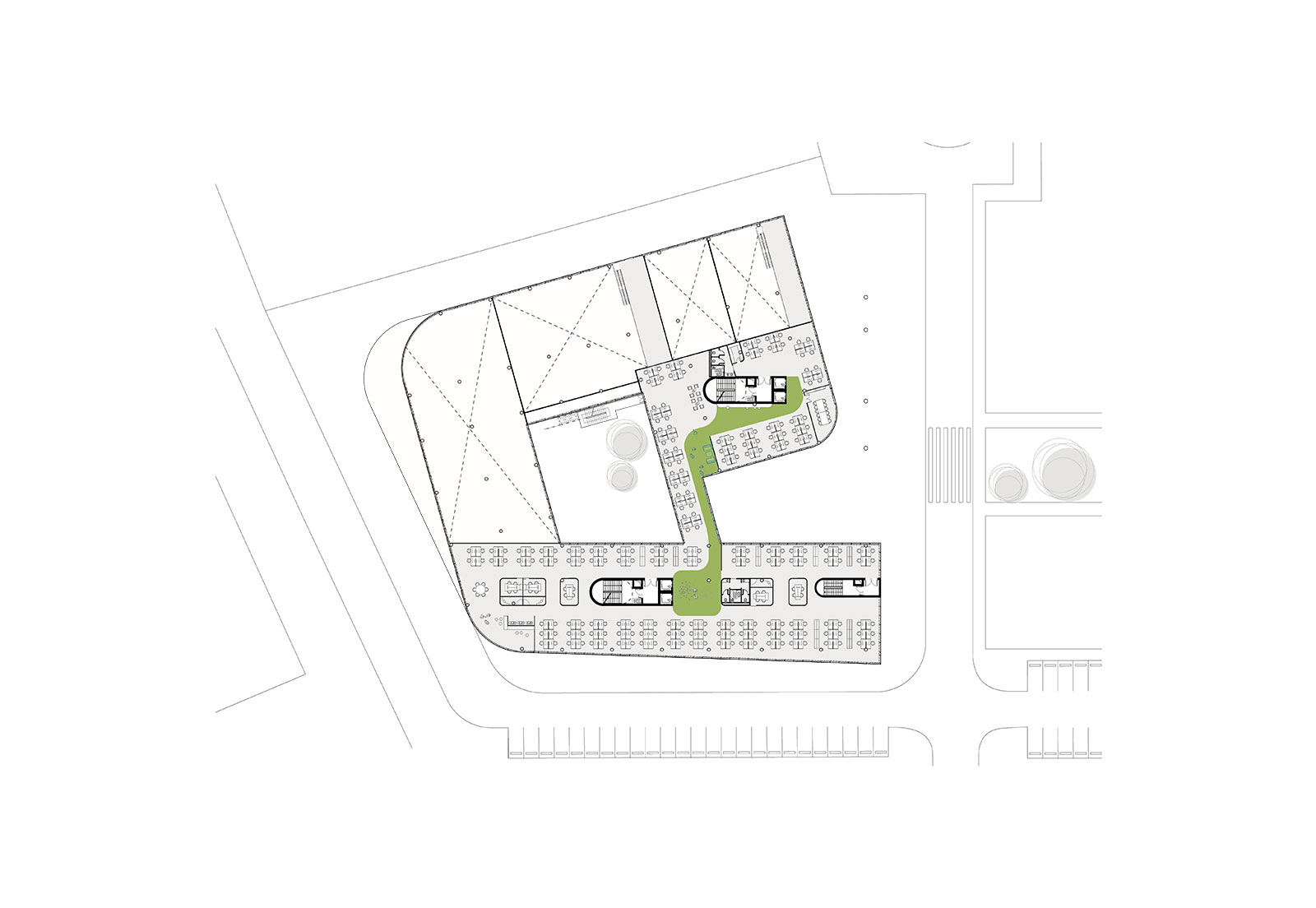 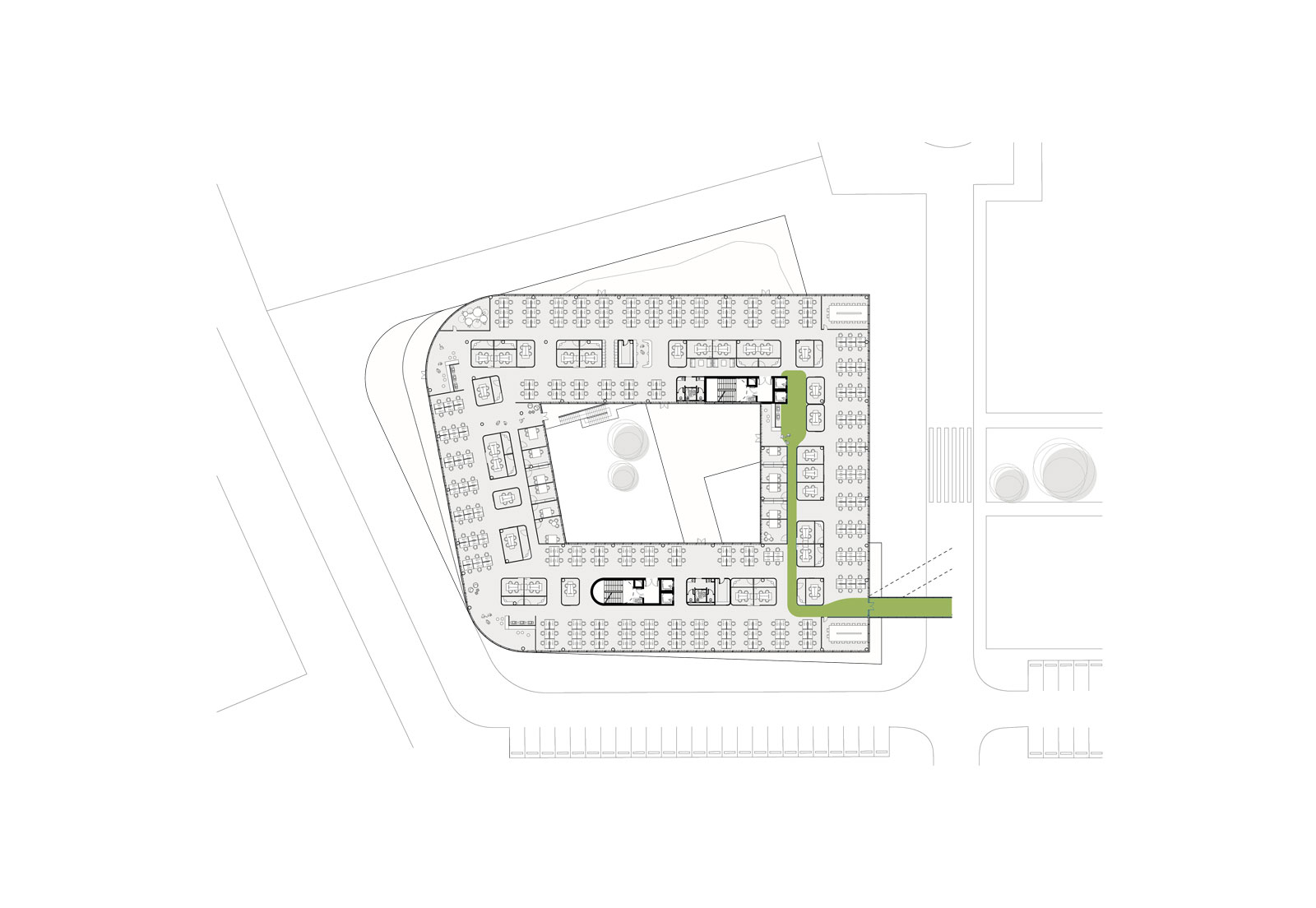 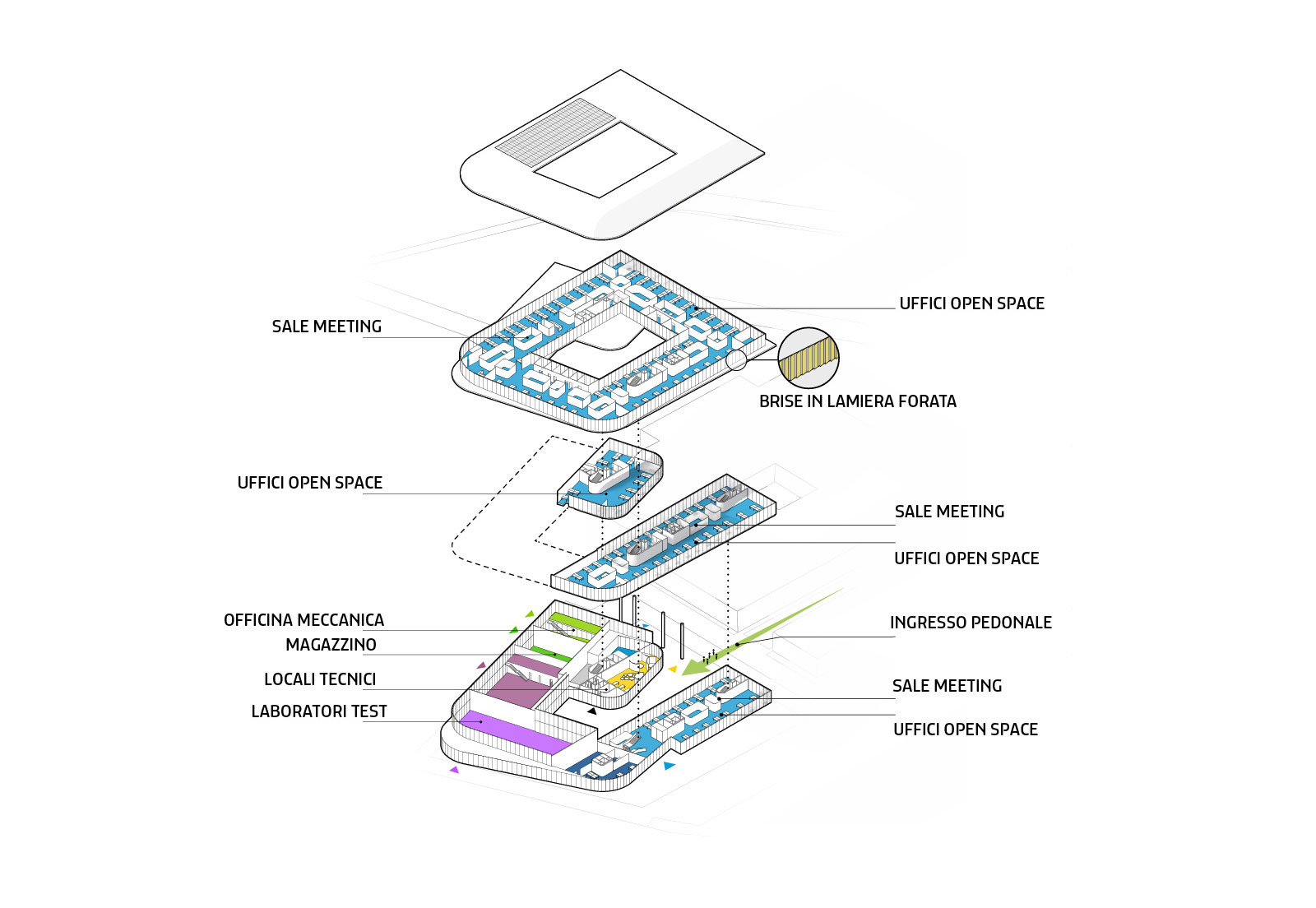 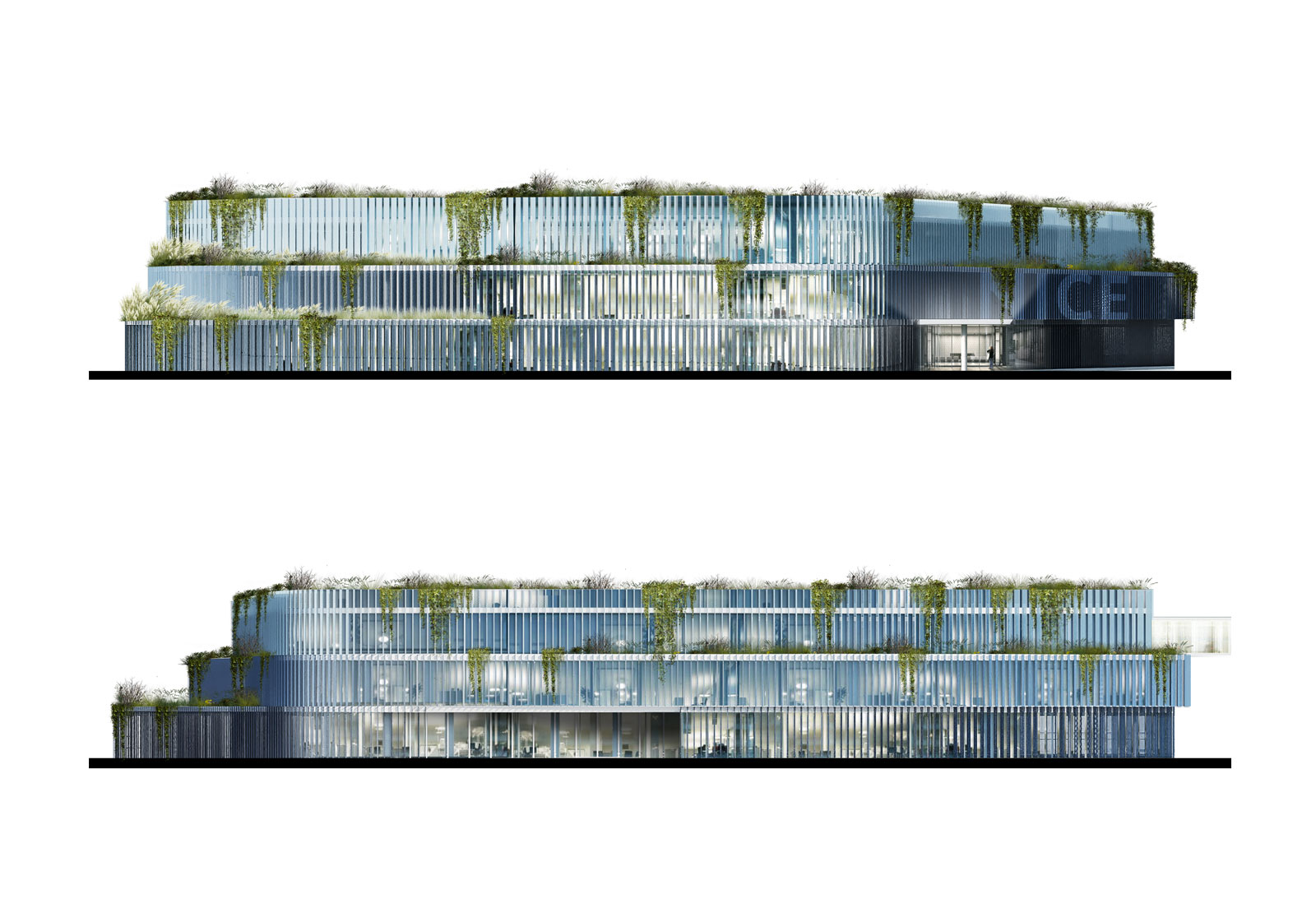 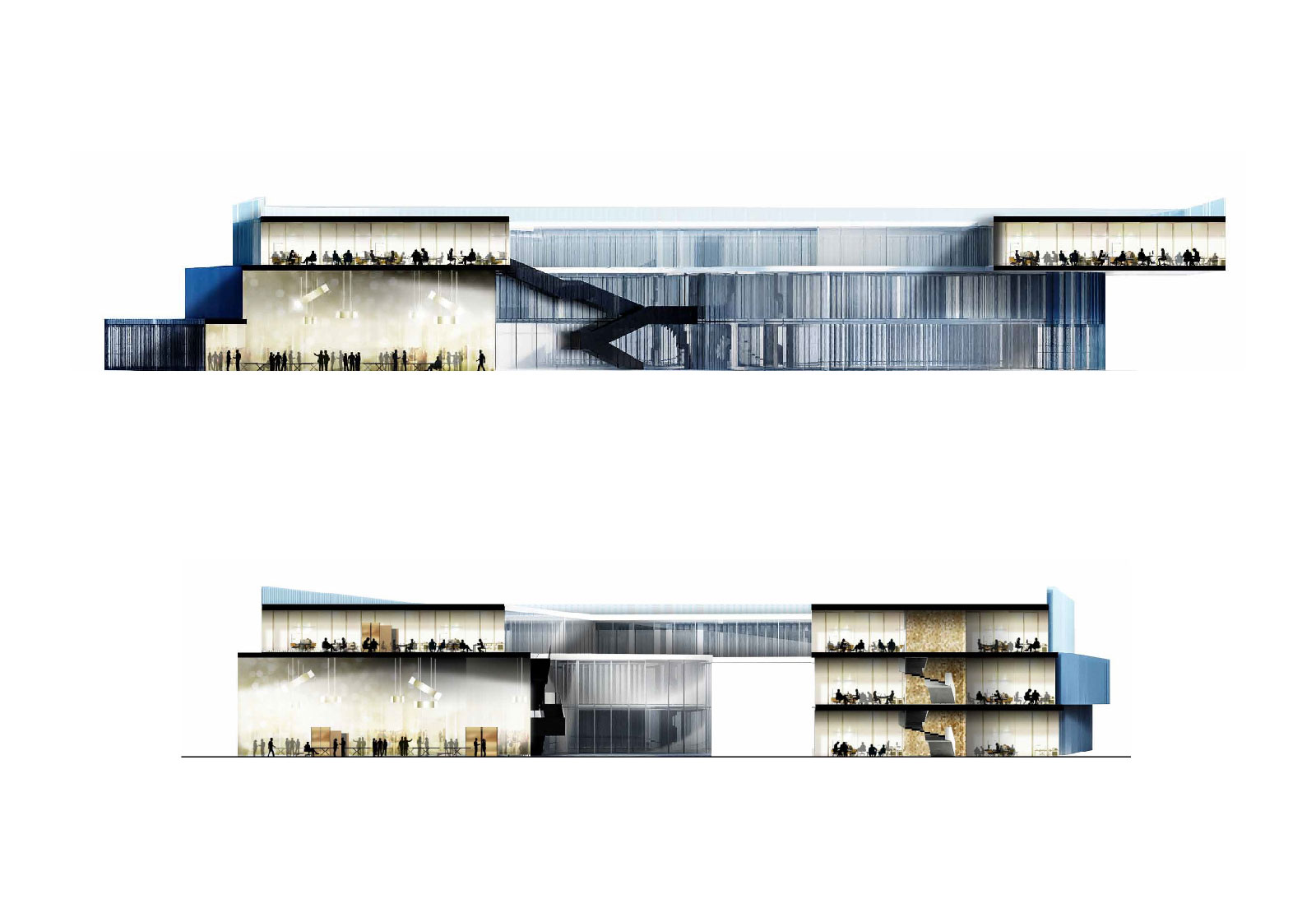 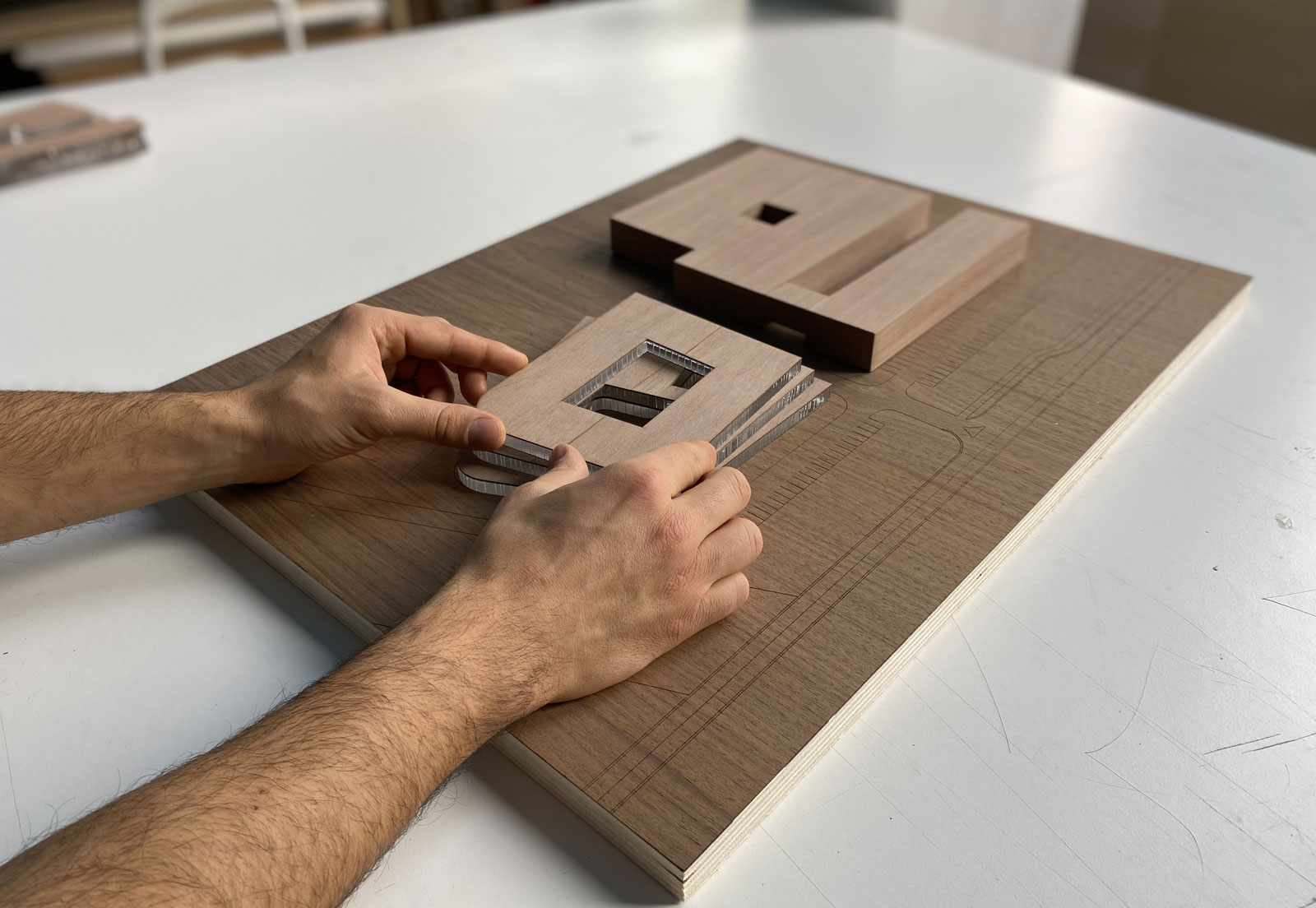 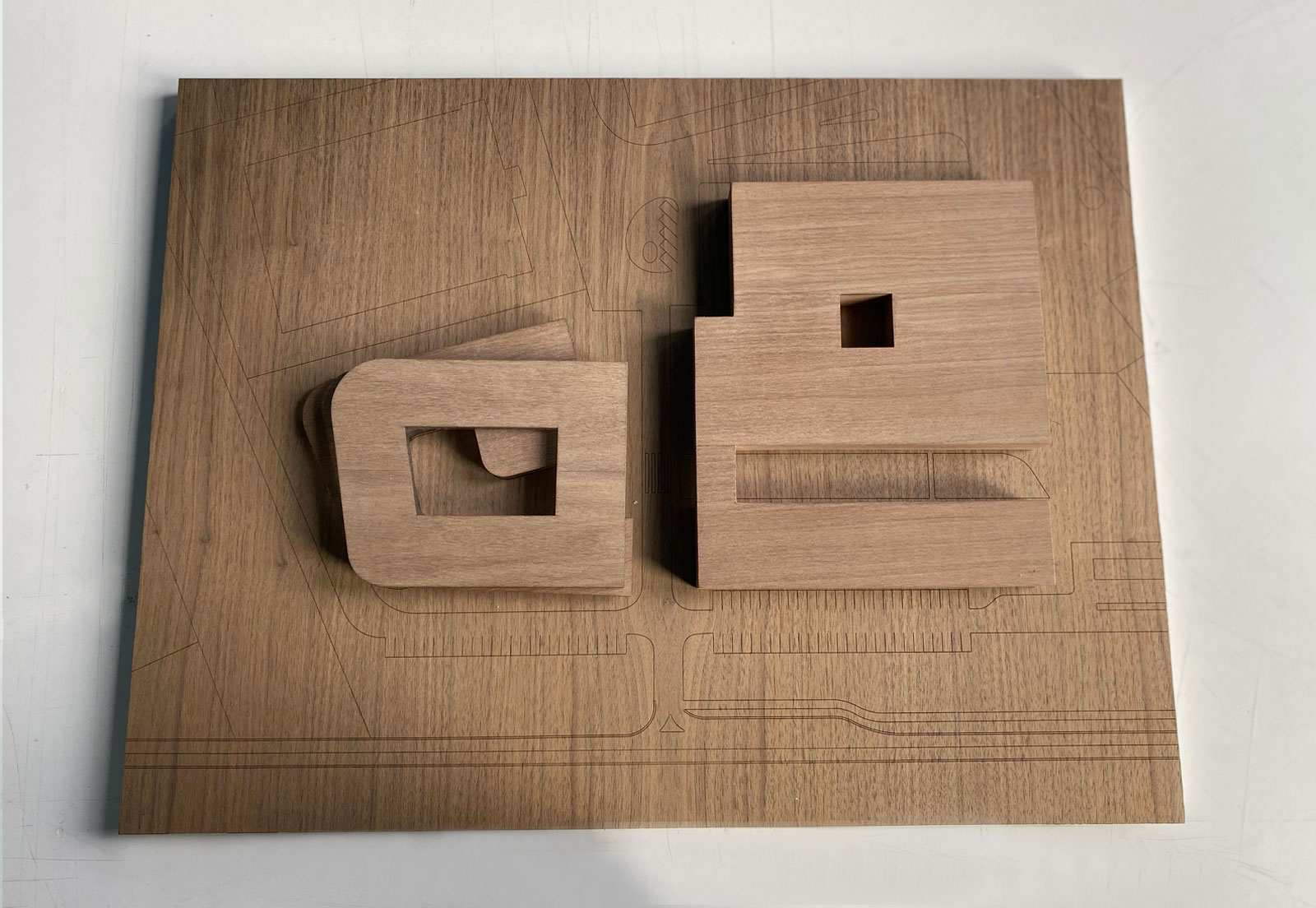 program: Invitational competition for a new Research and Development center within Nice group headquarters. The program includes the introduction of laboratories and offices. The building develops itself on three misaligned floors to give the idea of movement required by the competition notice.
area: 8 300 m2
client: Nice s.p.a.
Atelier(s) Alfonso Femia with
structural engineering: FOR Engineering Architecture
services engineering: FOR Engineering Architecture
economy control office: FOR Engineering Architecture
energy levels: classe energetica A4, LEED Gold/Platinum
images: ©Atelier(s) Alfonso Femia & Diorama
“Simple as a domino, it moves through our gaze. As a domino it moves at the touch of a finger on the last standing piece, generating a movement that gradually draws different shapes however always in dialectic with the origin.” AF
Moving as a Domino

Each project is the encounter of two souls: the one of the place and the one of Man.
A building, together with its metamorphosis, seeks a continuous dialog with it “meta-urban” landscape. A block of an industrial plot that is part of a landscape, and its natural visual horizon is the landscape itself.

To identify in research, innovation, in the future, requires architecture to be part of this identity and to tell its will, its needs but also its dreams.
To be pragmatic, to answer questions and to be visionary, to ask questions.
Simple as a domino, it moves through our gaze. As a domino it moves at the touch of a finger on the last standing piece, generating a movement that gradually draws different shapes however always in dialectic with the origin.
The building is thus generated through simple and minimal movements from north to south, rotating on a vertex and creating in the misalignment of the floors, a sequence of setbacks, terraces, places where nature can take back its space, its perceptual relationship between inside and outside.
The building can move through this continuous series of vertical lashes, managed by Nice devices, and characterized by the possibility of being made in a single material or in more that stratify from the bottom upwards, lightening and rarefying themselves.
The light draws the other movements together with the shadow and with the setting of the sun.
A simple element, a vertical and modular line that begins in a point, generates the volume and its movement, building a sequence of continuous planes that change throughout the day, the weeks, throughout time. The building will never be the same, evolving with the natural light of the area and of its soul.
AF